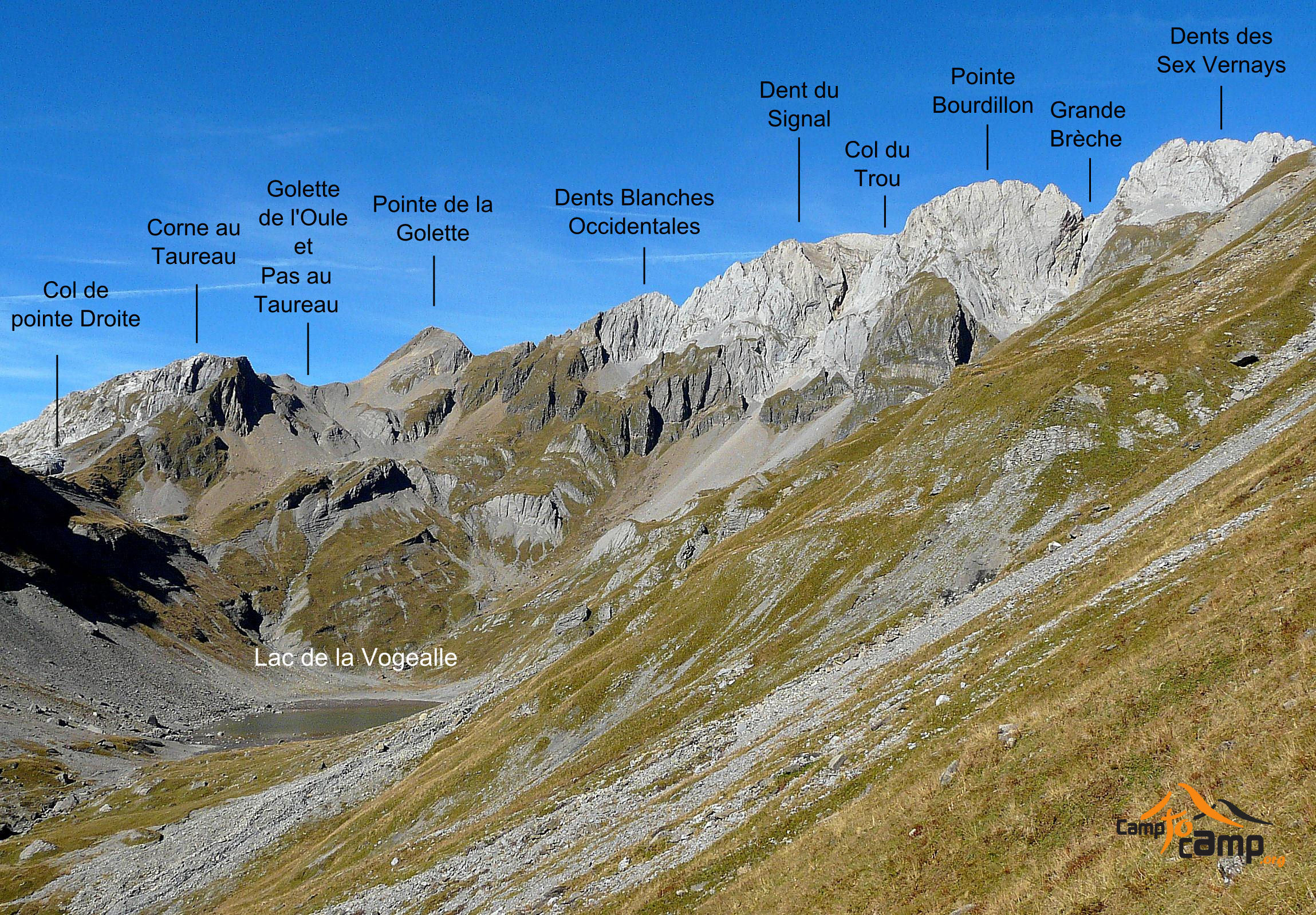 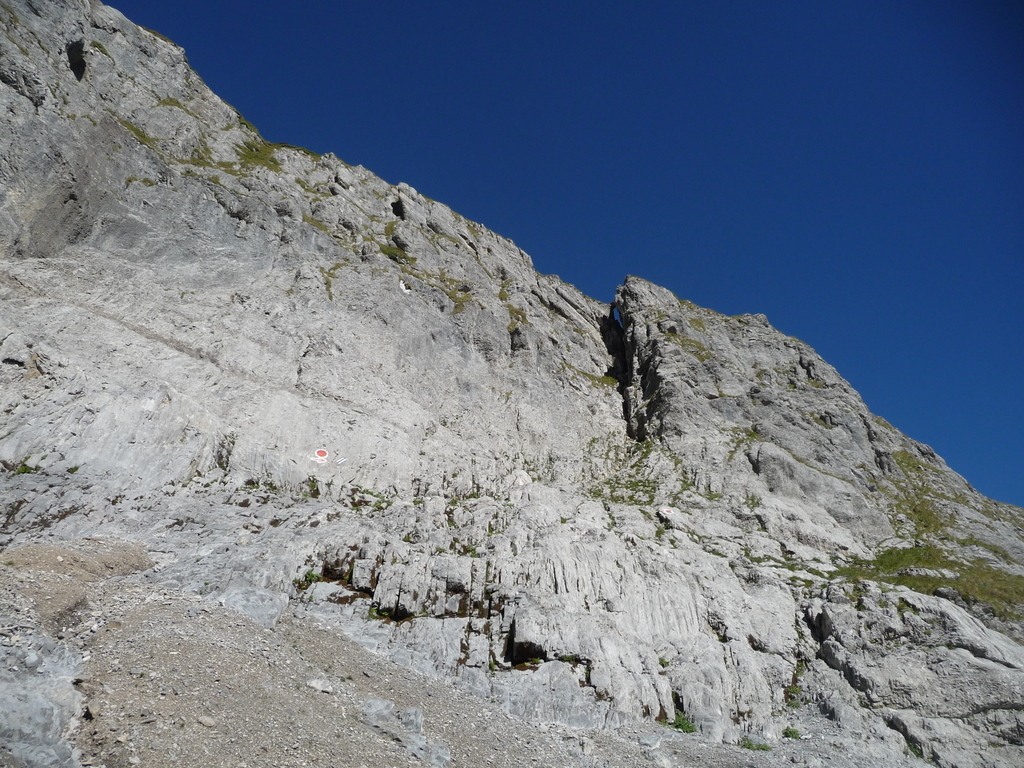 Information
Length36000m
Min / max altitude1483m / 2555m
Duration1 day
Route typeloop
GearWhen booking the night at Cabane de Susanfe it could be good to ask if there is some snow at the Col des Ottans. If too much snow it might be good to take ice axe and crampons.
Source

From the plateau de Barme take the direction of Bonavau - E. It is possible to stop at the beautifully maintained Cabane de Bonavau (very good home made tarts). Then head to the Pas d’Encel (T3) - S - some chains and high steps.

From la Cabane de Susanfe head W to the Col des Ottans (T4) - The passage goes through a fault in the cliff and is equipped with ladders (30m high). Passed the Col des Ottans, you climb the modest Tete des Ottans and then go down on French territory until the Lac de Vogealle (good spot for lunch!). Then up directly to the Pas du Taureau (the path is not clearly mentionned on the IGN map, but it is in fact really well signed posted). You then go down to the direction of Col de Bostan. The passage is equipped with chains. At an intersection, head E to Col de Bostan. Back in Switzerland! Go down for quite a while and finally reach the Pas de la Bide. A weird crack were you can bearely pass through. The passage is equipped with chain. After another 200m, finally reach Luibronne and flat land. Another half hour and you are back to Barme.

The hike is well sign posted. White & Red on the Swiss side and Red and Yellow on the French side. The difficulties are well spread during the hike making quite interesting from beginning to end.