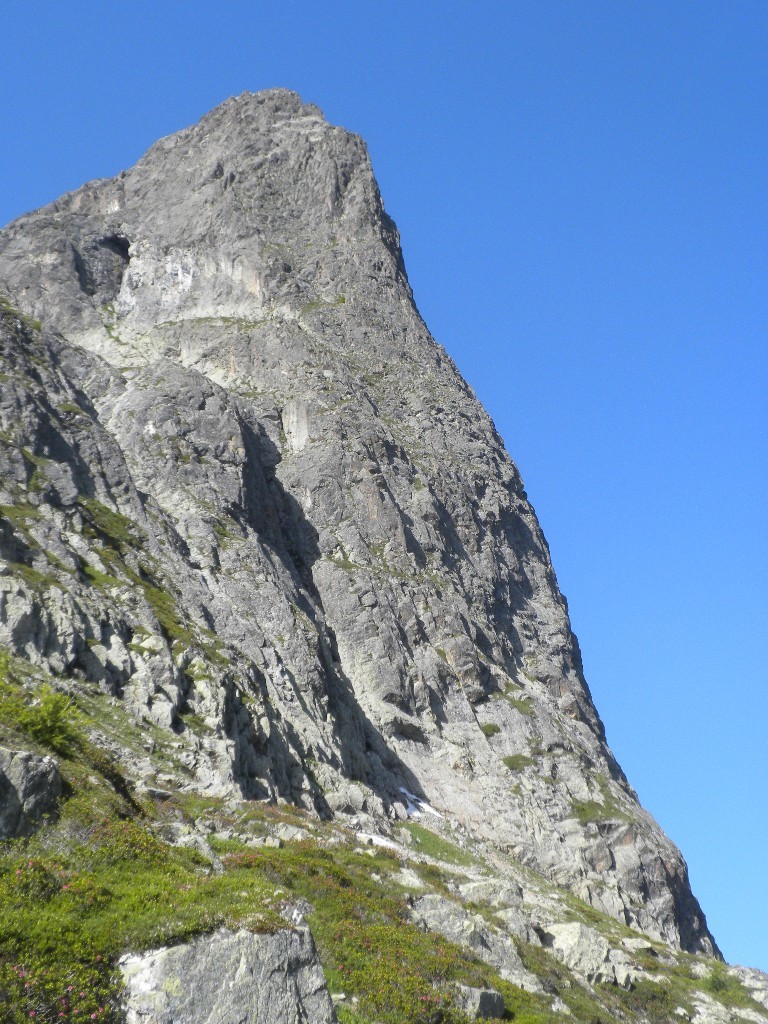 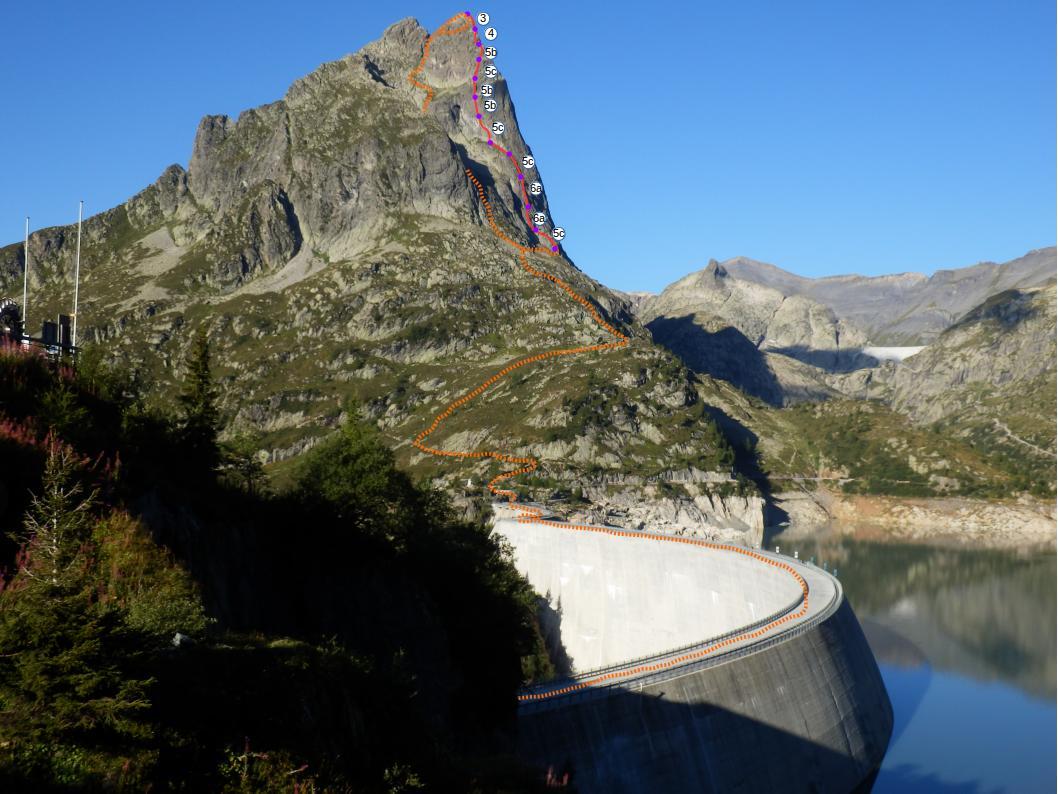 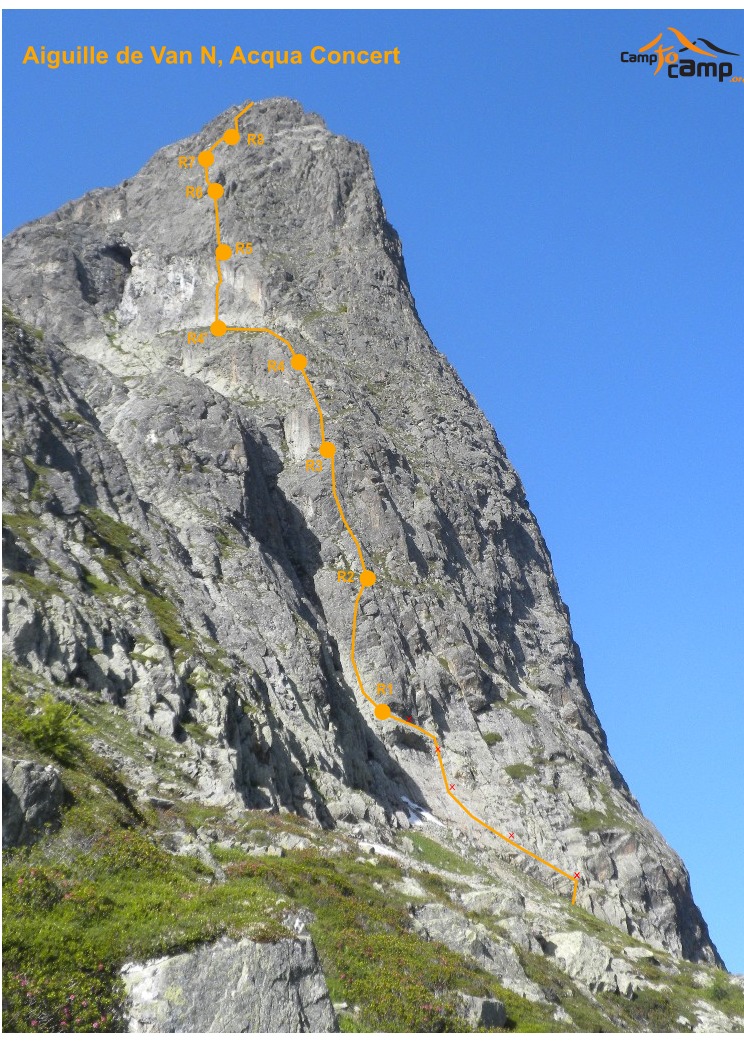 Cross the Emosson dam towards the Vieux Emosson and then take the Loriaz path on the left. Shortly after passing a rock with a chain, there is a cairn on a boulder at the start of a faint path. Go up this path through rhododenrons and bilberry bushes towards the Aiguilles du Van, some cairns. At about 2120m, in front of the Aiguilles, and at the base of a rock barrier, leave the path going up to the col between the two Vans, (descent path), instead go horizontally right, (following another vague path). This leads past an small enclosed gully with a recessed slab on its right. Descend slightly to a rib on the right, scramble up easily for 2m to a worn ledge with a single bolt for a belay.

P1 5b Traverse leftwards towards the little gully. Belay above a step near the gully, which is reached by a horizontal traverse on the left. P2 6a The key pitch. Spaced holds in a good position above the gully. P3 6a An excellent pitch, the difficulties are concentrated at a 10-15m steep wall with few holds. P4 5b Exit the pitch through a zone of half rock, half vegetation. A 50m walk the reach the rest of the route. P5 5c A steep and strenuous pitch up a corner on good holds. P6 5b Go diagonally leftwards, cracks. P7 5b Nice pitch, not sustained. P8 5c+ The difficulties are concentrated at a 10m wall. P9 5a The last pitch with bolts. Bolt belay on the right after passing over some blocks P10 - P11 A couple of pitches along the ridge 3c then 2. (Trad protection.)

Go over the summit and descend to the SE then to the S towards a gap between the N and S Aiguilles du Van. Easy but exposed, on earth and rock. Gain a faint path which starts on the left to go down a first rock step and reach the scree below. (N.B. Early in the season there could be a steep snow slope here.) Cross a second rock step in the middle of the scree, mainly on the left, (some down-climbing.) There is a path on the right side of the scree. This crosses a third rock step, (some exposed down-climbing, fixed rope,) and joins the approach path.

The first three pitches are in the shade. The rock is very lichenous in places and therefore slippy, especially if damp. This should improve the more the route is climbed. Very well bolted with double bolts, (linked with a sling and a metal ring) for the belays. However, abseiling back down the route is not obvious. It should be possible to make on abseil from the top of pitch 8, to reach easy ground and then the descent path.