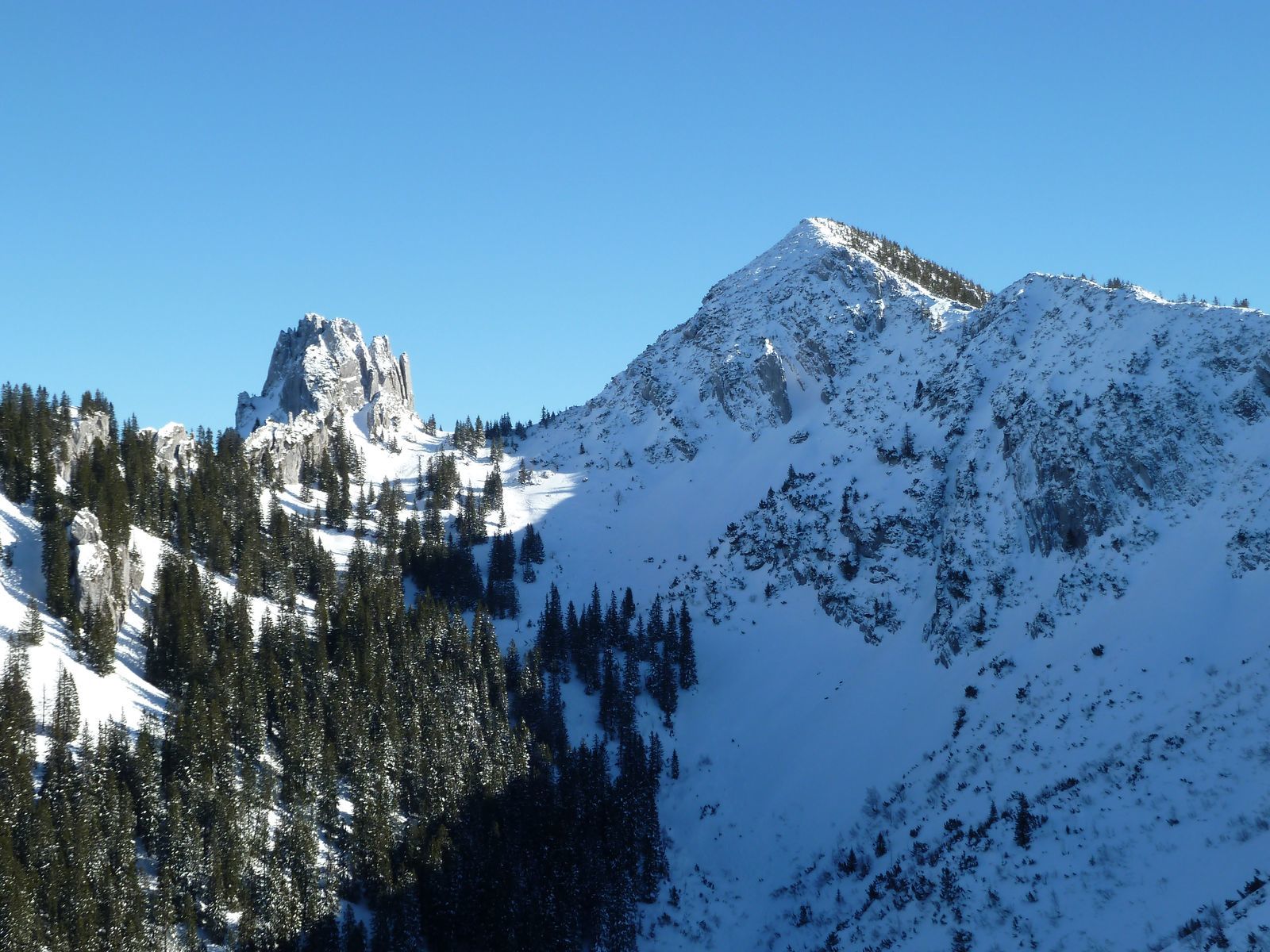 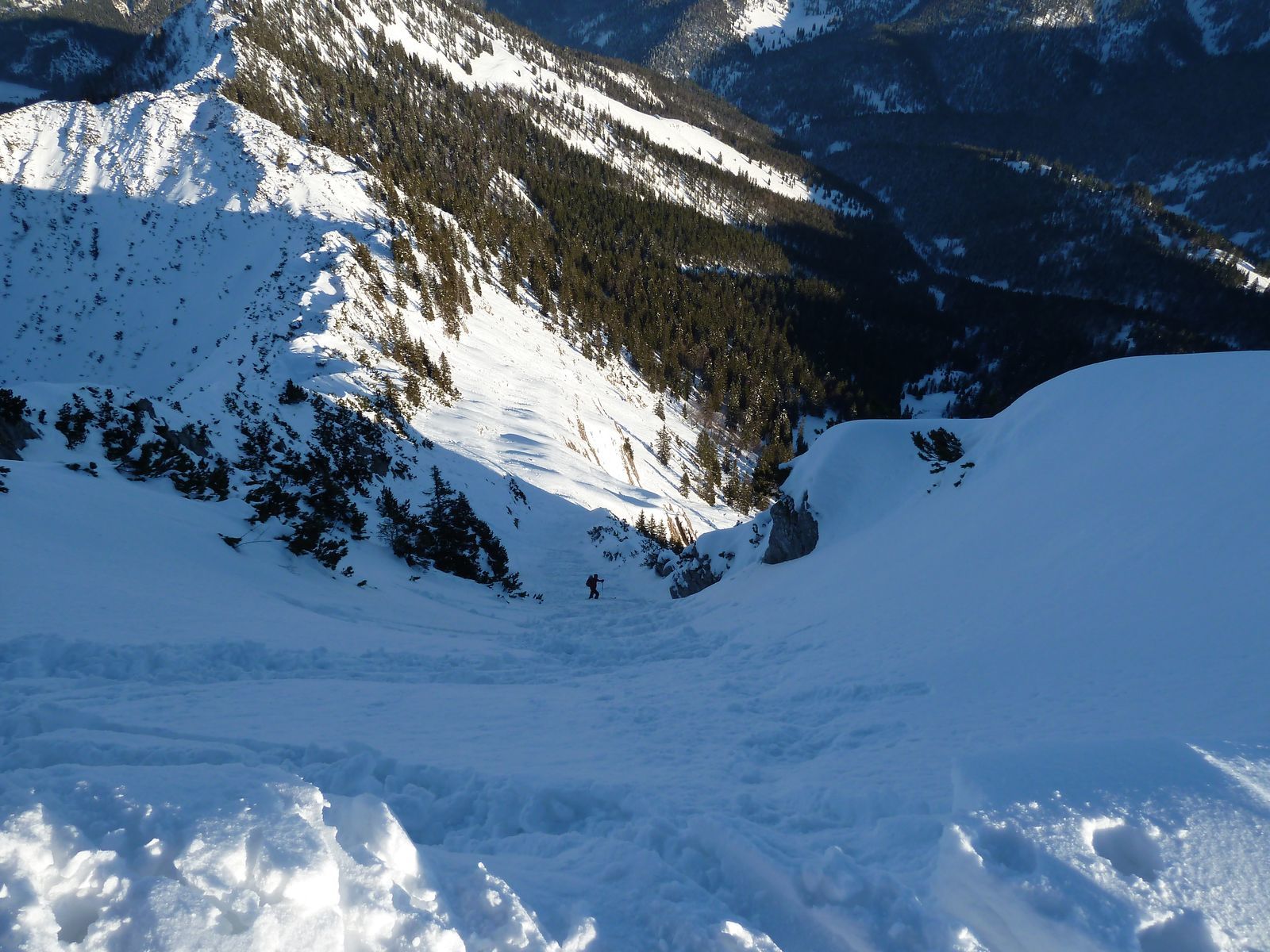 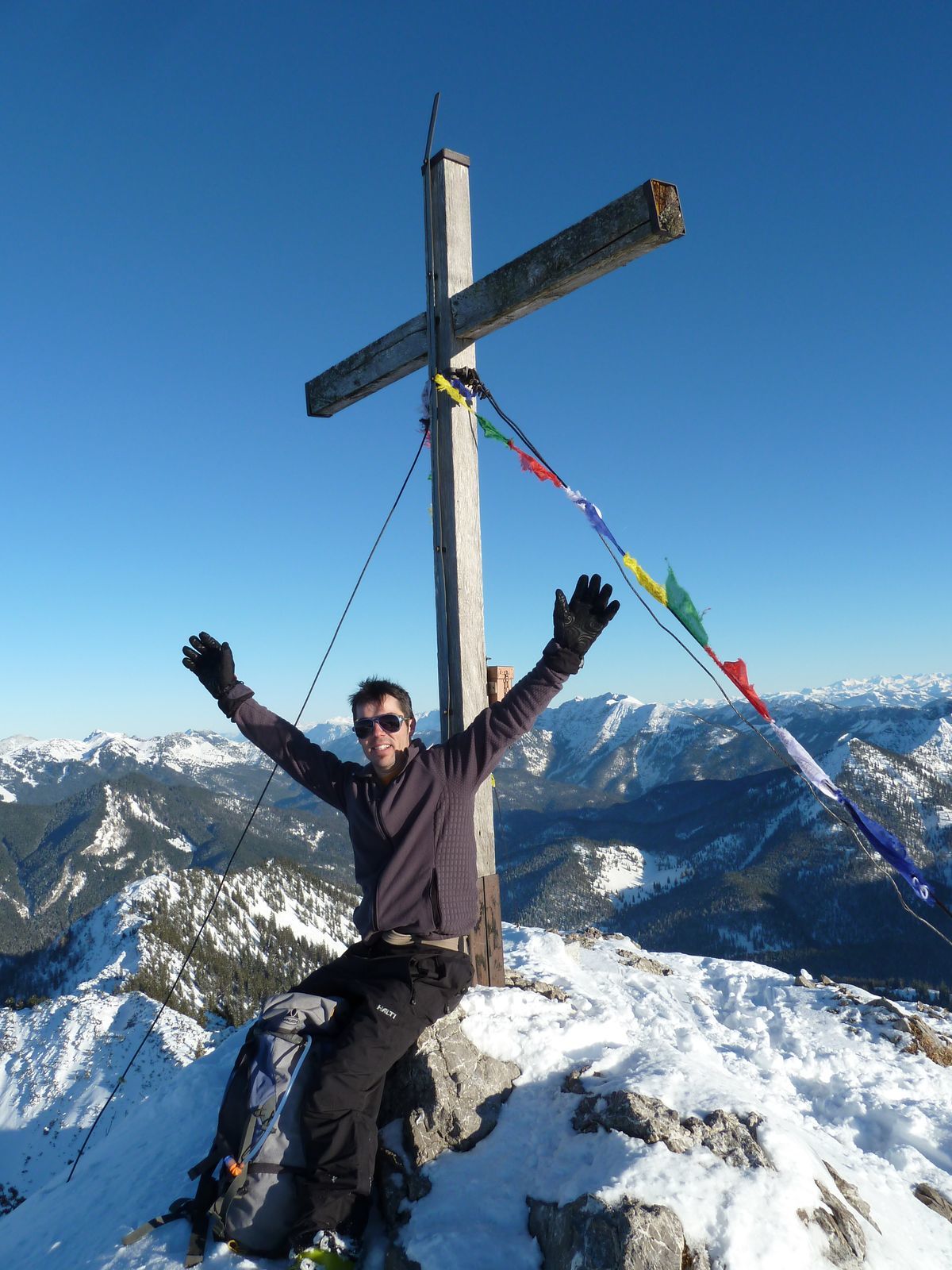 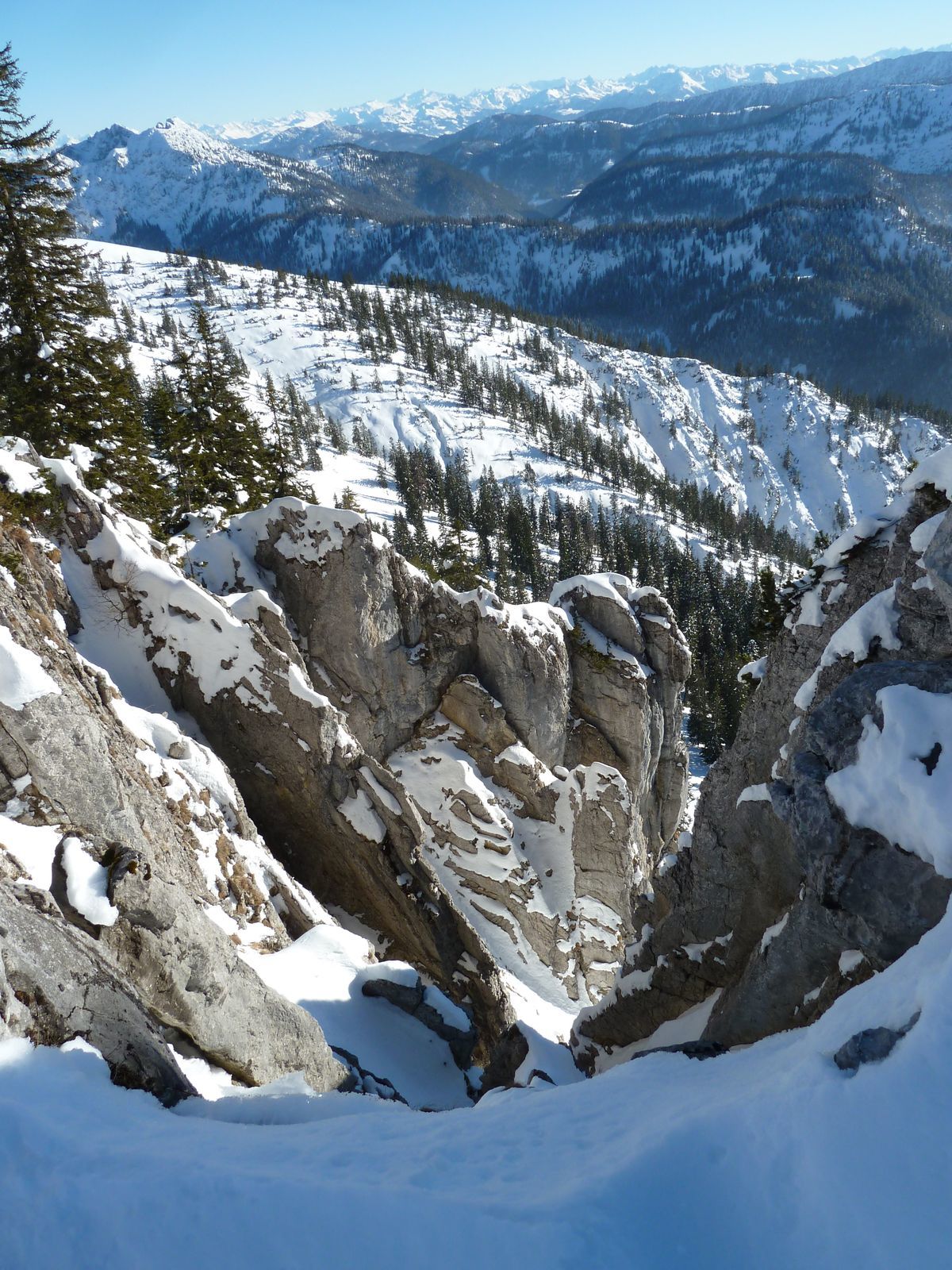 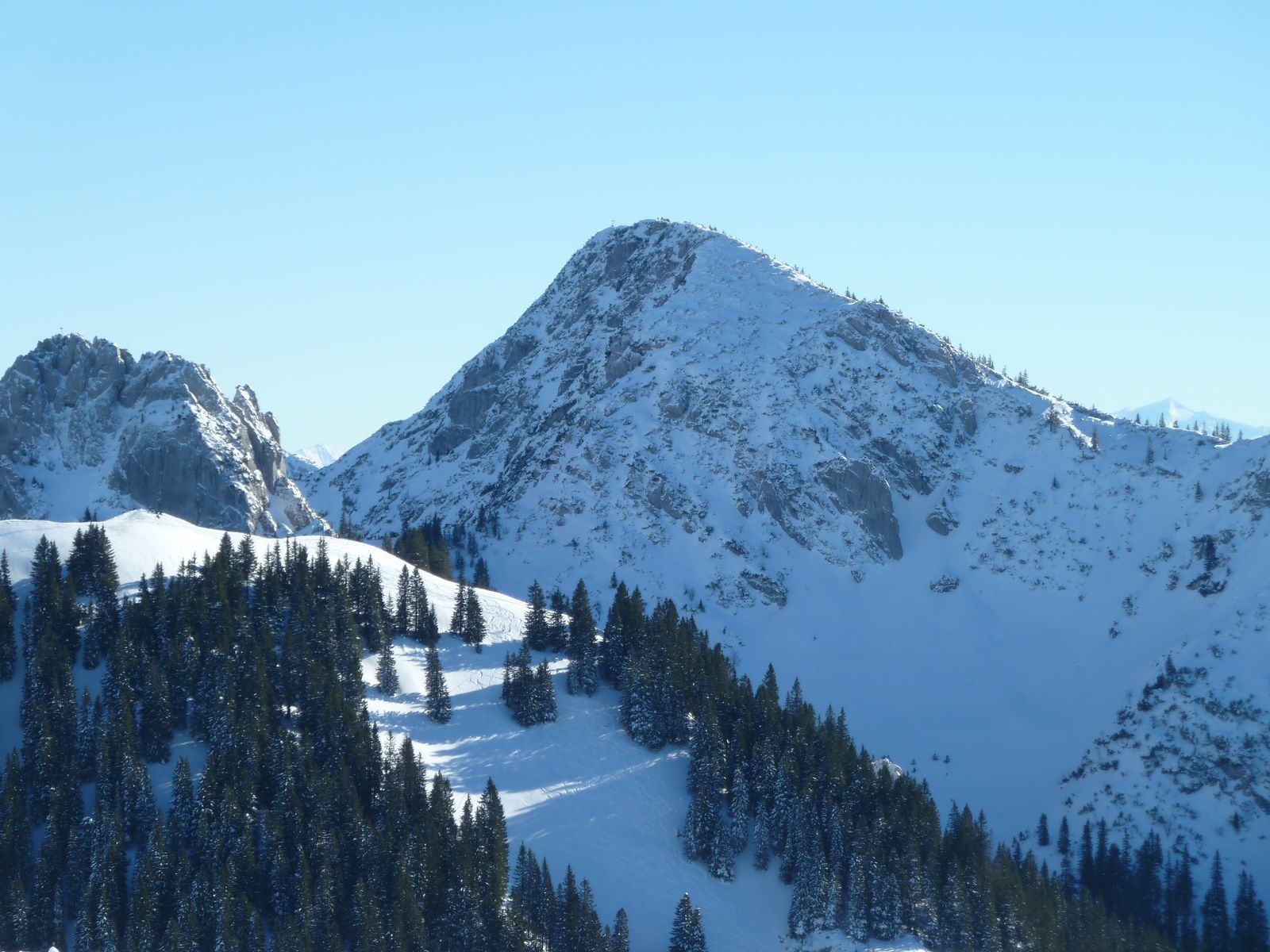 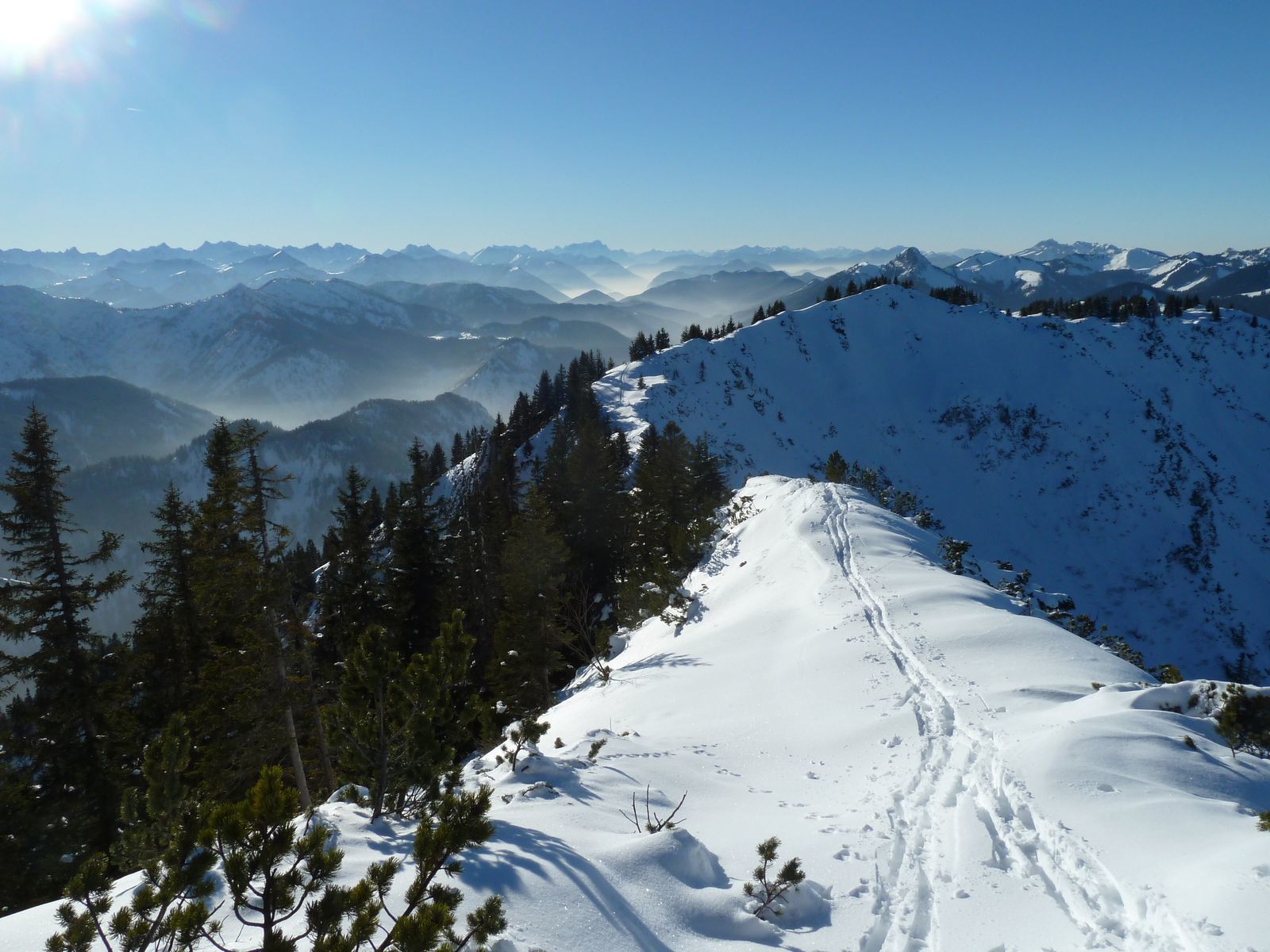 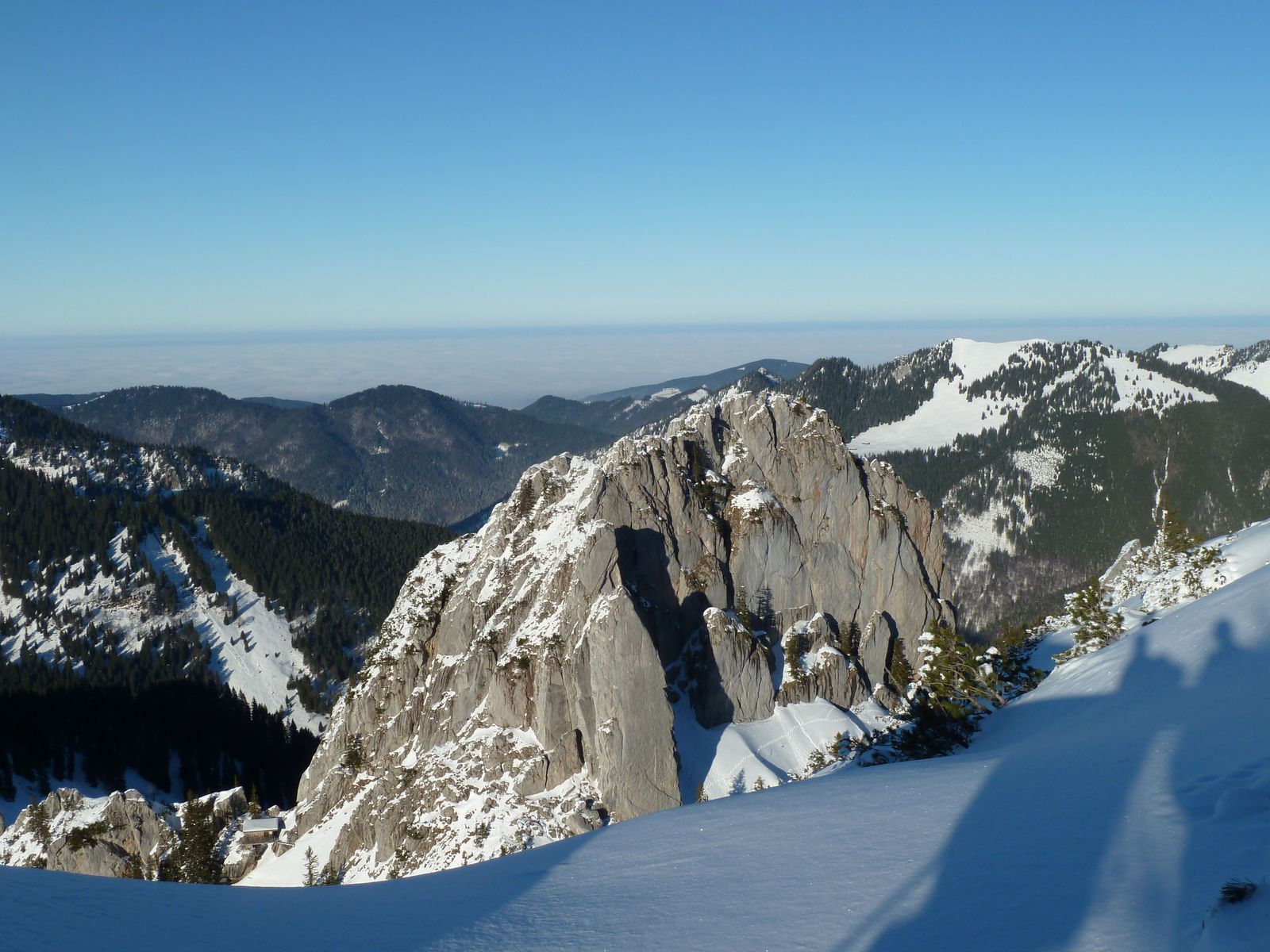 Information
Length11928m
Min / max altitude970m / 1826m
Duration1 day
Route typeloop
GearA ice pick could be of use in one or two passages.
Source

A very nice travel around the Blankenstein (also called Plankenstein) following the edge of the surrounding mountains. A variant of a classic route going in the valley. Starts slowly following a road from the bus stop to Wallberghaus where a luge piste is available for the whole familly (using the cable car from Tegernsee). Small ascent to Setberg for a very nice panorama. Then follow the edge (some tracks can be seen from snowshoes), carefull on the left side with the cliff; right side is a more or less steep slope. Very pleasant walk along the edge in the forest up to Grubereck where you ski on snow dunes! To go further on the edge you need to pass one very steep and narrow passage where many people turn around, an ice pick could be of use in case of icy snow. The edge goes now up and quite steep to Risserkogel, carry on following the edge. From Risserkogel, the view is magnificent on the whole flat germany and pre-alps. Also the Blankenstein is right in front of you, it was actually there since the beginning and invites to come back for climbing. The descent from Risserkogel starts on the S-E slope, a steep and narrow passage awaits. Keep on the left side and go on the N side as soon as possible in order to get back to the lake. You will need to do a small ascent on the E if you enjoyed the fresh snow to the lake. Go down following the small river and the head N to go back to the road you started with.

You can start from Munich and take the Bayerische Oberland Bahn (BOB) to Tegernsee train station (bahnhof). Take bus RVO 9560 to Suttenbahn and stop 1 before Suttenbahn in a curve on the road. The last bus is at 17h06 (as of 30/01/2011) but you will find friendly people to bring you back to Tegernsee by car.