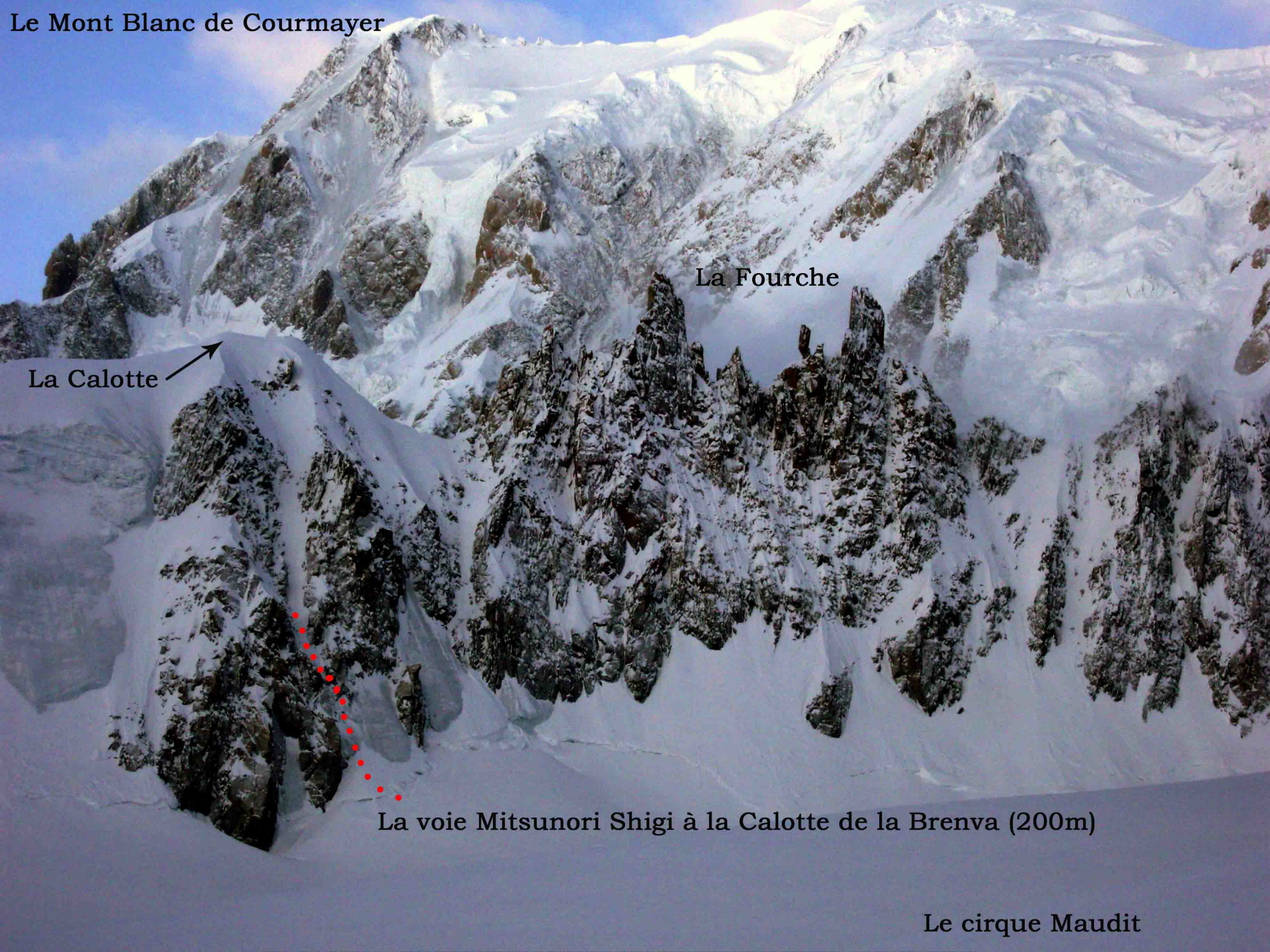 Either from the Torino hut by traversing under the Tour Ronde or from the Aiguille du Midi by traversing under the Pointe Adolphe Rey etc make your way into the Combe Maudit as if going to the Bivouac de la Col de la Fourche. Mitsunori Shigi takes the central gully line directly below the summit of the Calotte de la Brenva, starting to the right of the lowest rocks. (See photo topo).

The first two pitches are the hardest at about 65º. There is a belay in the rocks on the right after the steep section. The rest of the gully is at 50-55°, another 3 or 4 pitches.

Either abseil down the route or descend by the Calotte de la Brenva to col du Trident and abseil/climb back down from there.