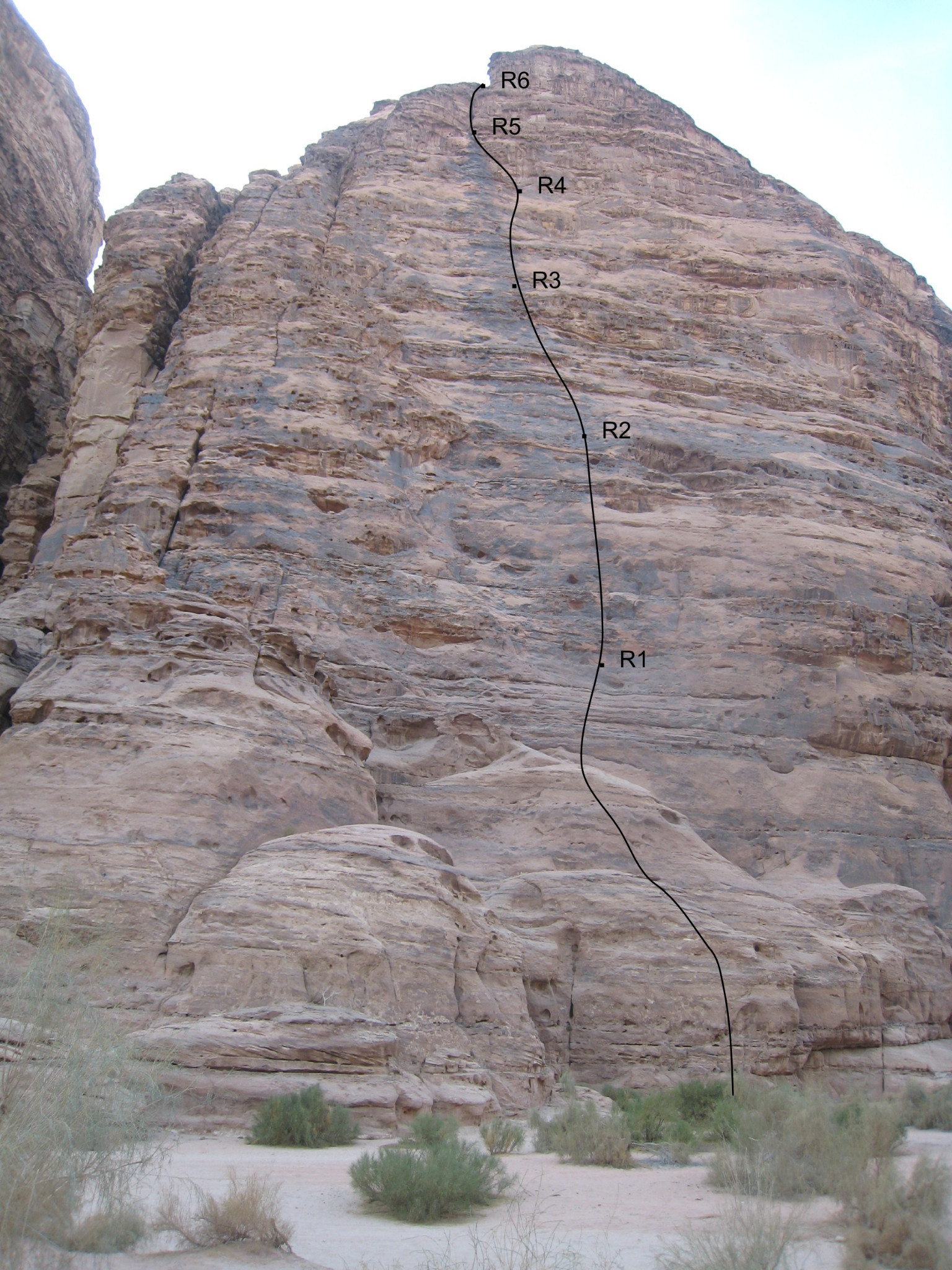 Beautiful slab and face climbing on good rock that ascends the obvious black line on the E face of Um-Ishrin. The route has been opened in a “repeater friendly” style. Glue-in bolts have been placed at all the belays and wherever natural protection is unavailable.

Six (6) pitches, 240m of climbing + 15m walking and scrumbling up to the summit. Approach: reach the E side of um- Ishrin massif, either by crossing Rakhabat Canyon, or by walking round the massif (round Draif Al Murag). Keep walking further N in the wadi, towards the big dune. The route is obviously seen on the left (E facing) wall. 2h. (20 minutes by Bedu taxi…)

Descent: by rappeling the route.

Note that the route does not ascend to the main summit of um-ishrin, but to a subsidiary peak N of the summit.