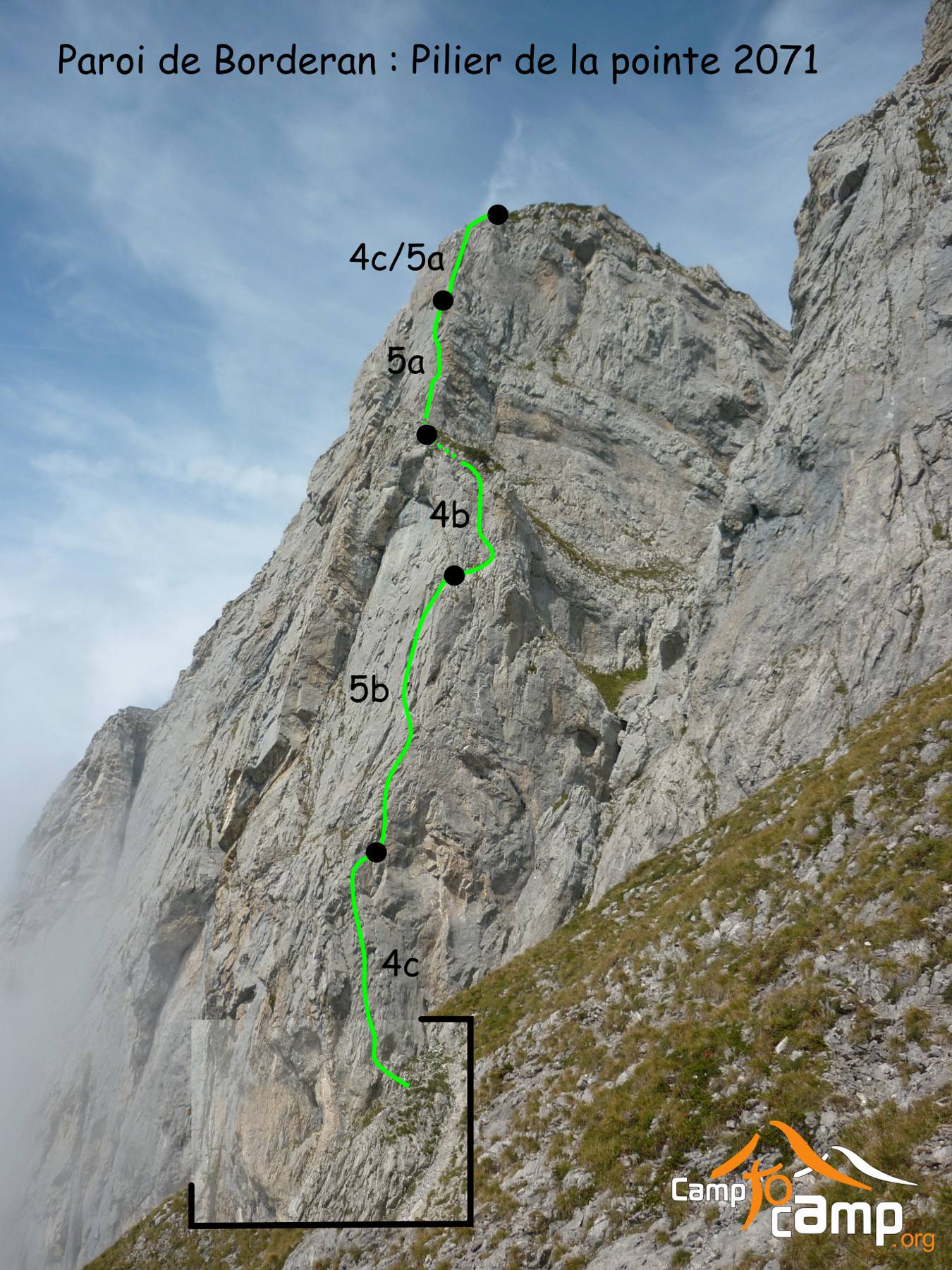 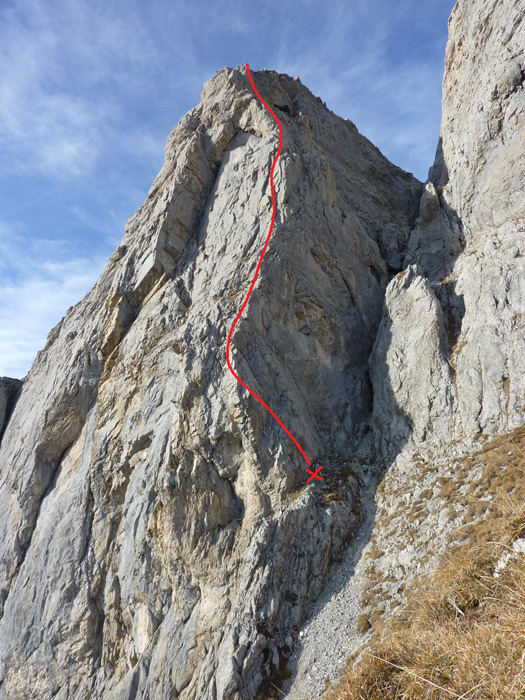 A route with moderate difficulties and in a good situation.

From the Col de Aravis, go up behind a farm and climb leftwards up the steep alpine meadows in the direction of the descent gully, which is to the right of the pillar.

Start between the line of the ridge and a smooth slab which borders the foot of the gully. An orange mark on the rock.

The line taken by the route is basically the pillar and follows the natural weaknesses of the rock.