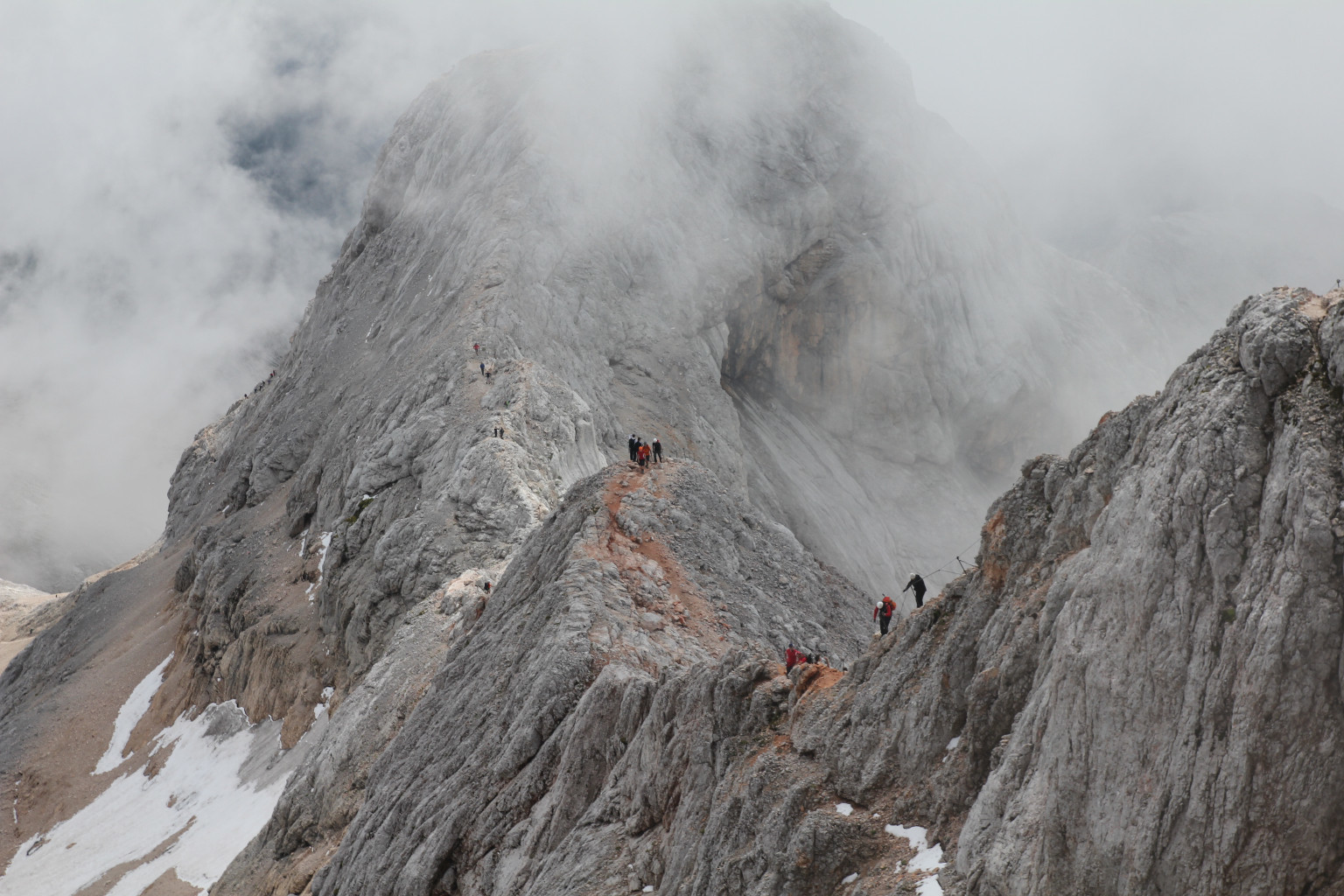 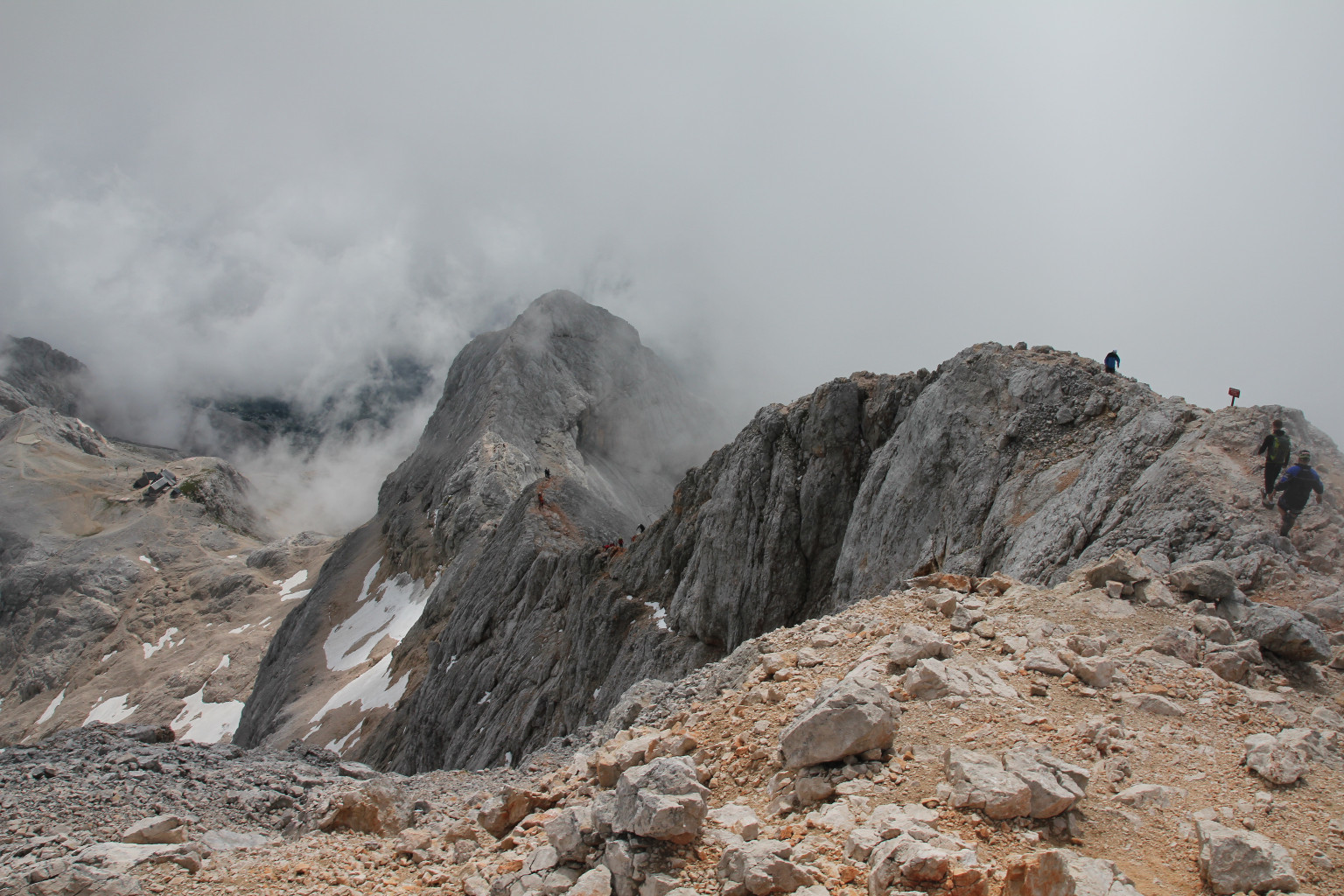 The NW ridge route starts from the Luknja pass (1758m), W of Triglav. This route is the most difficult hiking trail leading to the Triglav summit.

The crux is the beginning of the ridge, starting eastwards, just above the Luknja pass. Eventually put on the harness for self-belaying. The ridge is vertical from the start and though well secured with cables and metal pegs, a good gym session cannot be avoided. Further up, the slope softens somewhat and cables are rarer, but the climb still stays airy and exposed. After a climb of approx. 500m and after descending into a notch, one reaches the large karstic plateau Plemenice below the W side of the summit edifice of Triglav (to the left, we see the upper edge of the N face, including the Sphinx / Sfinga). The markings take us across the plateau towards the SE (rather to the right) finally hitting into the S ridge pillar where we join the S ridge route coming from the right, from the Koča na Doliču mountain hut. Above the scree, the beginning is the crux, then a red gully (cables) leads to the Triglav Notch : Triglavska Škrbina, 2659m (here a route from the Dom Planika mountain hut comes in from the right) after which the route to the summit remains steep but always secured.