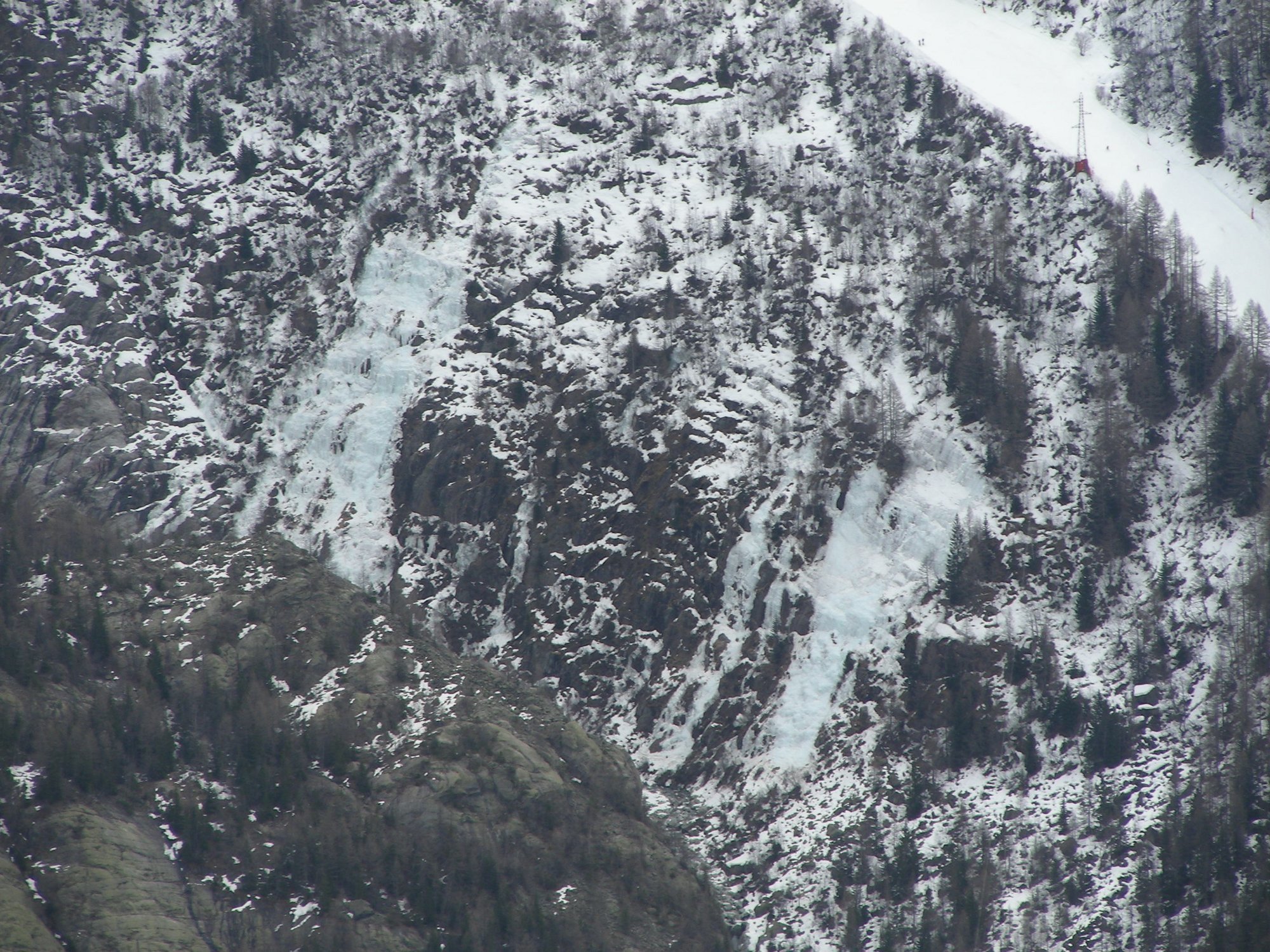 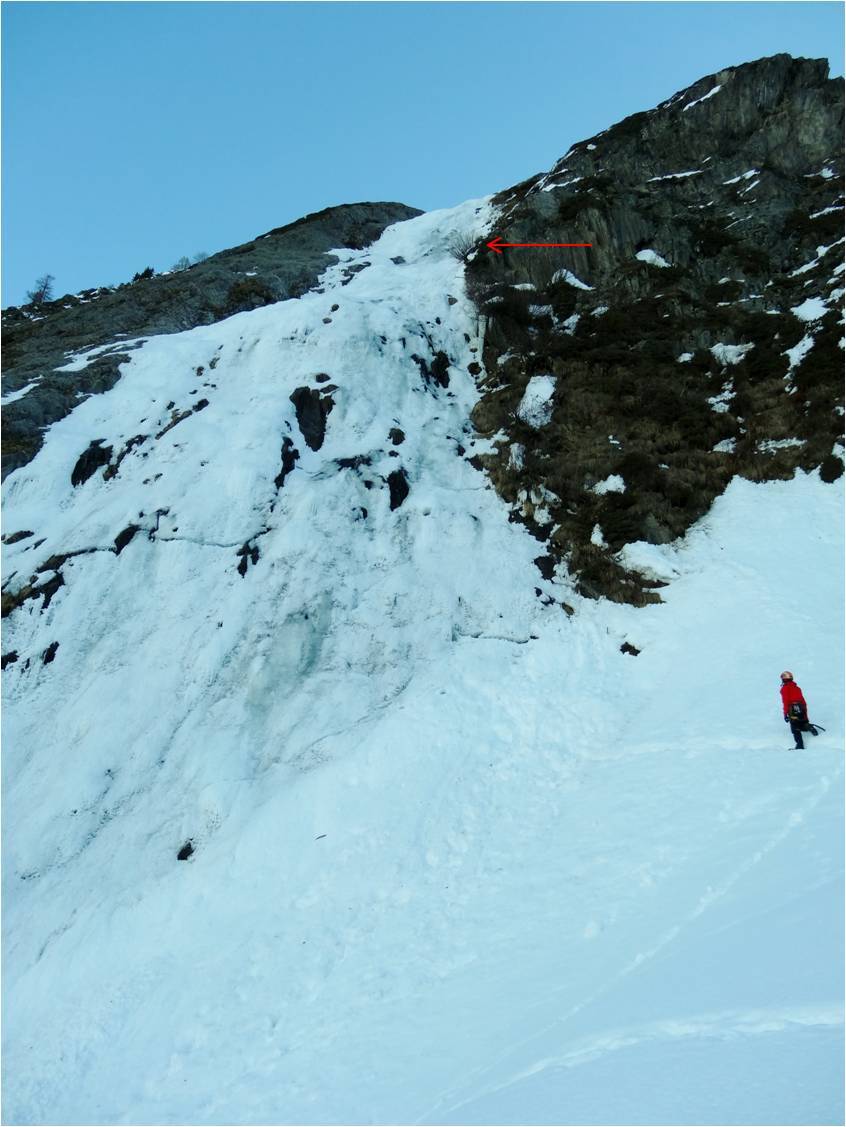 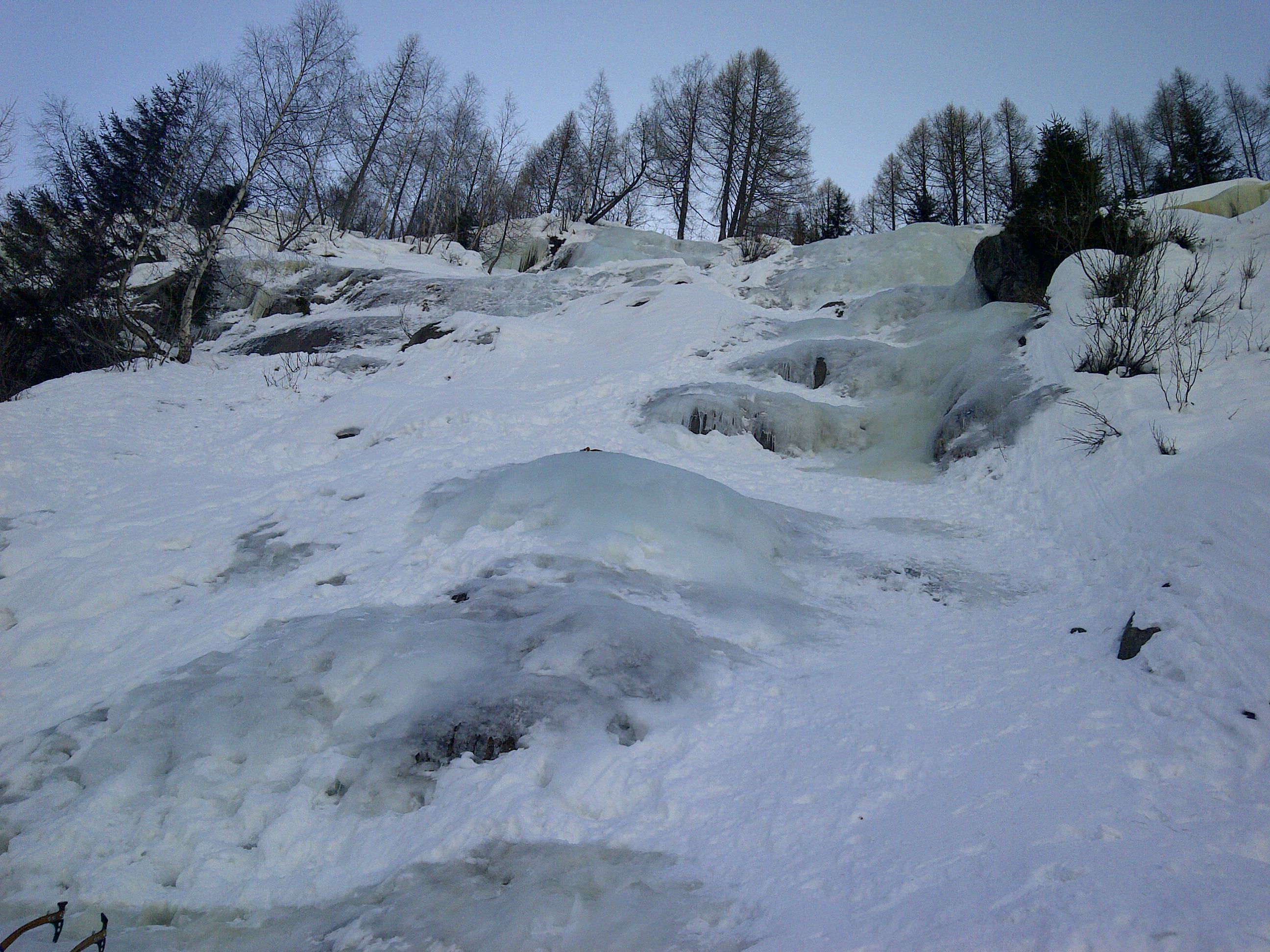 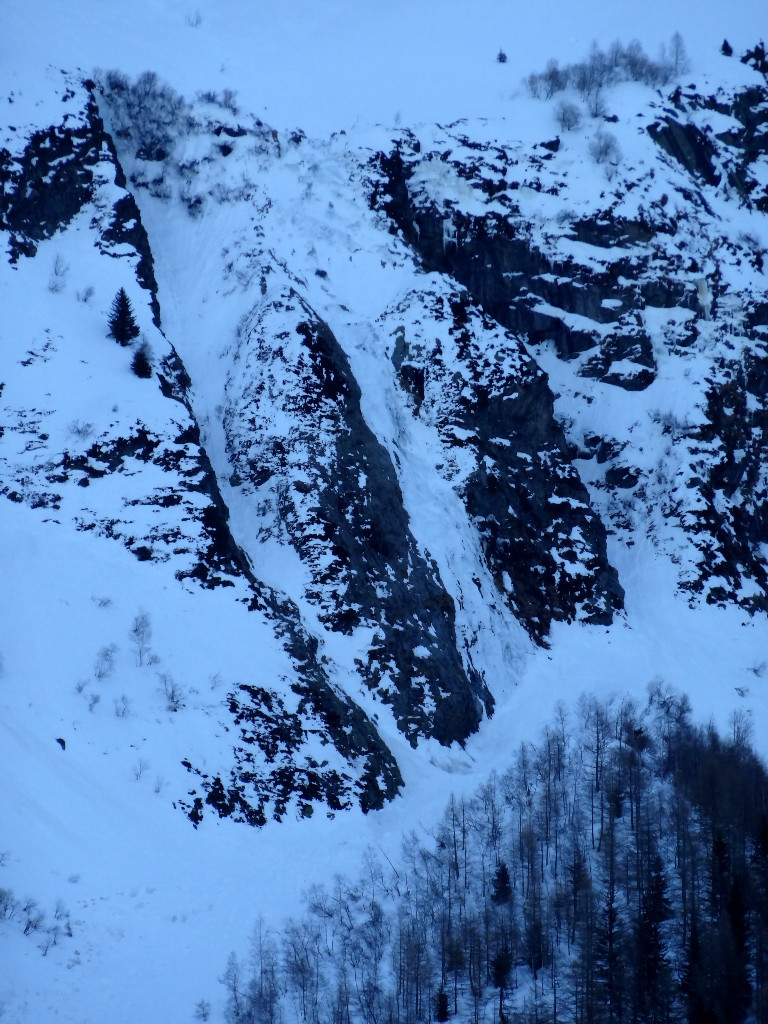 The “Crémerie” is the first large obvious ice fall you get to. It is very popular with beginners and gives several variations which are not steeper than 60º. It is broad enough to allow several parties at once. N.B There is a one pitch, steeper icefall called “Cerise” some 40/50m up on the right. The icefall on the left of Crémerie is Chantilly. 200m further left is Moby Dick. See photo.

Shortly after leaving the roundabout on the main Chamonix to Argentière road to enter the parking area of the Grands Montets Cable car station, take a turn on the right, signposted “Chamonix Mont Blanc Hélicoptère” (CMBH). Park before the Helicopter station. Go up the right hand side of the valley, (looking up. Nearly always a well beaten track!