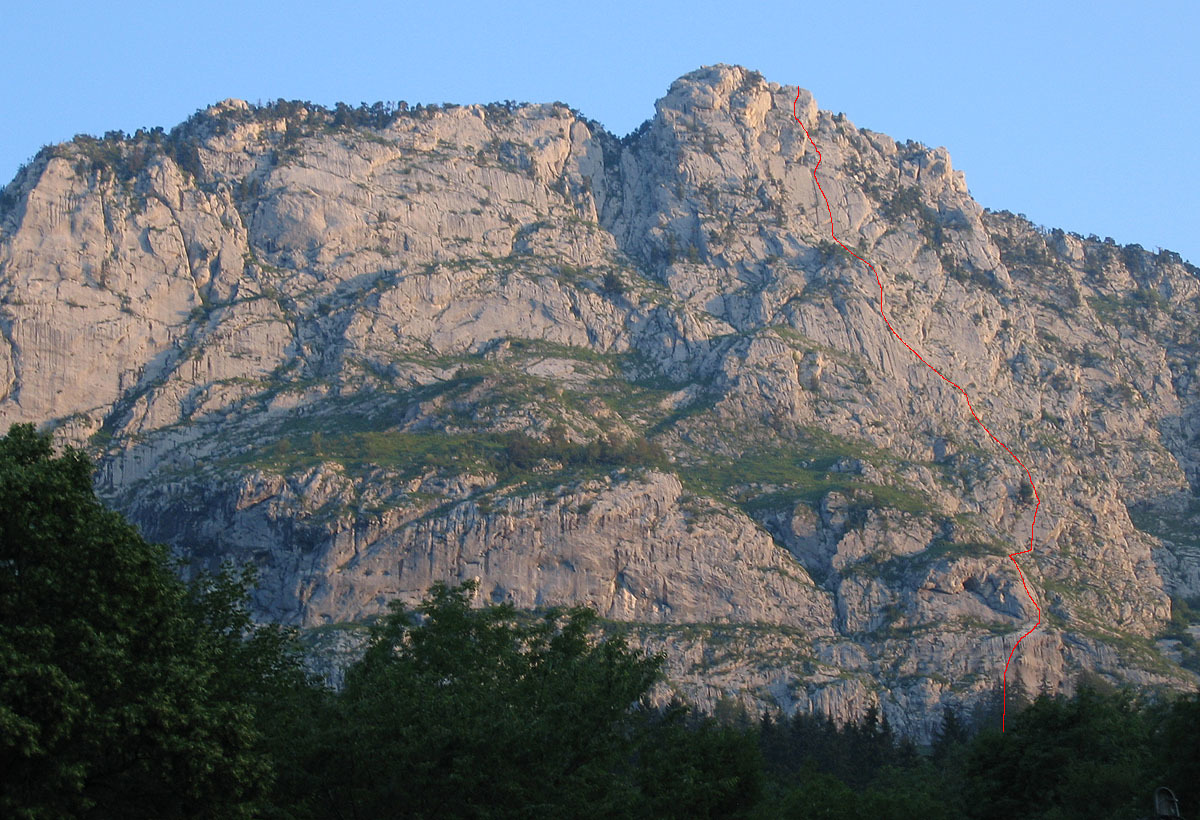 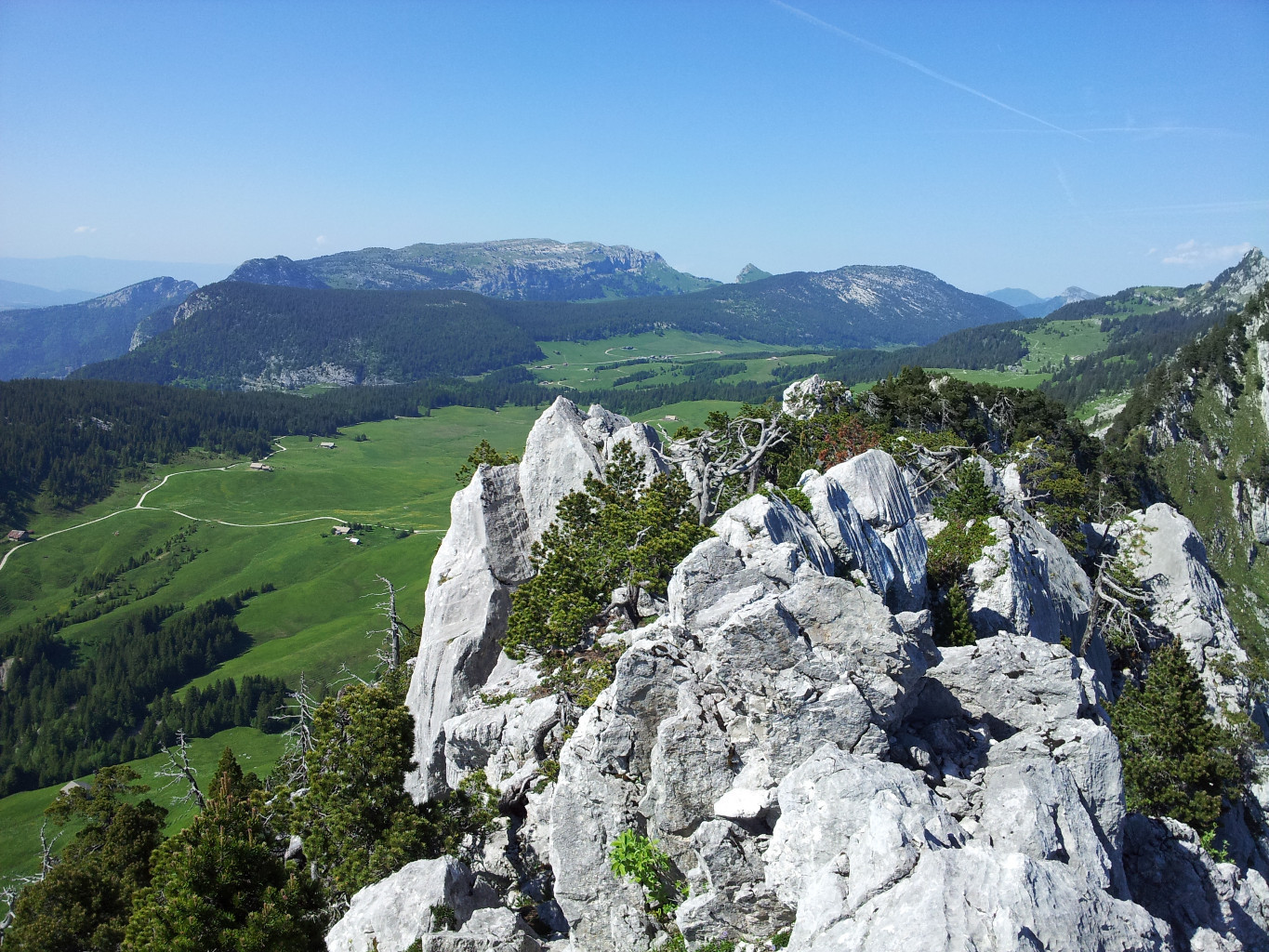 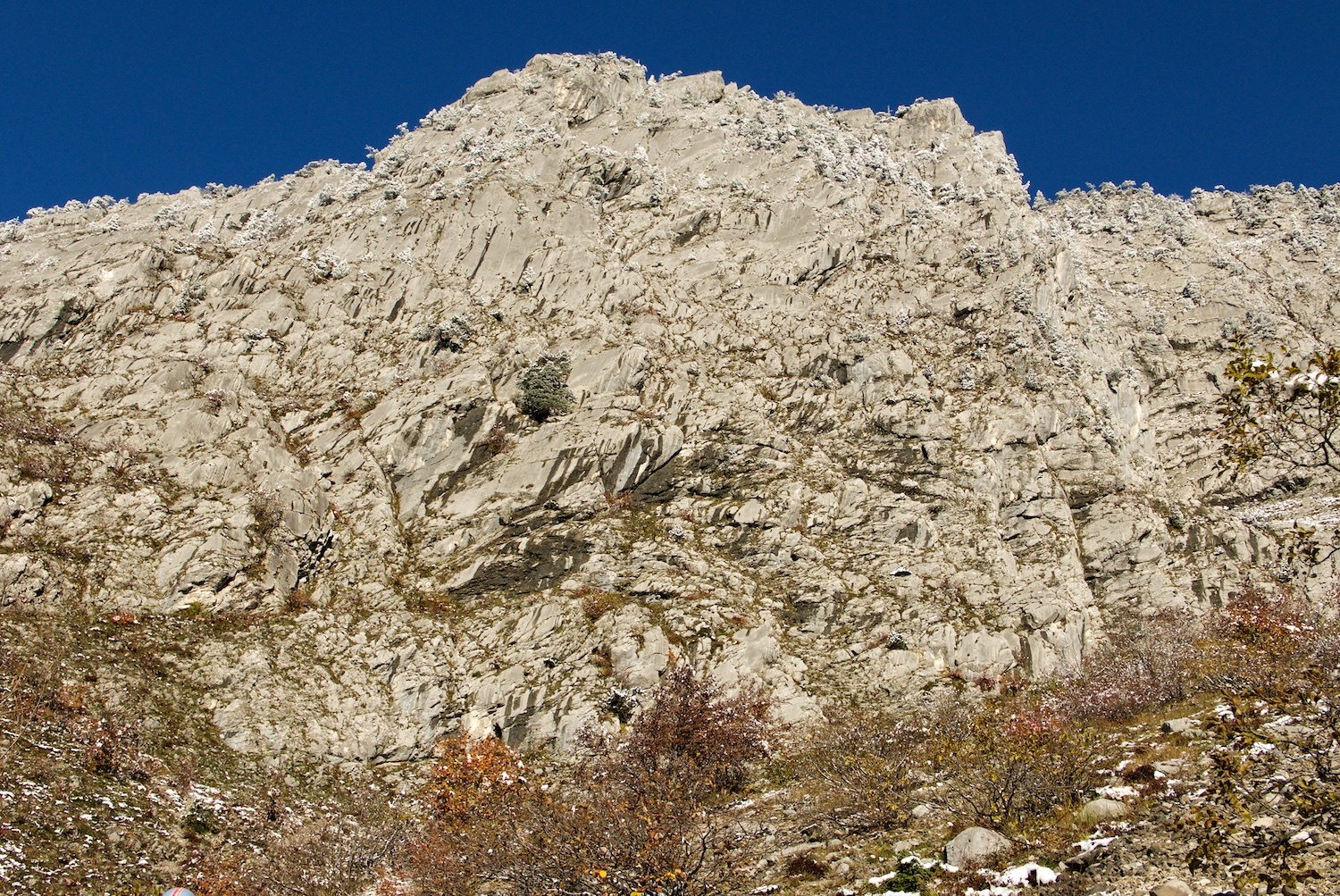 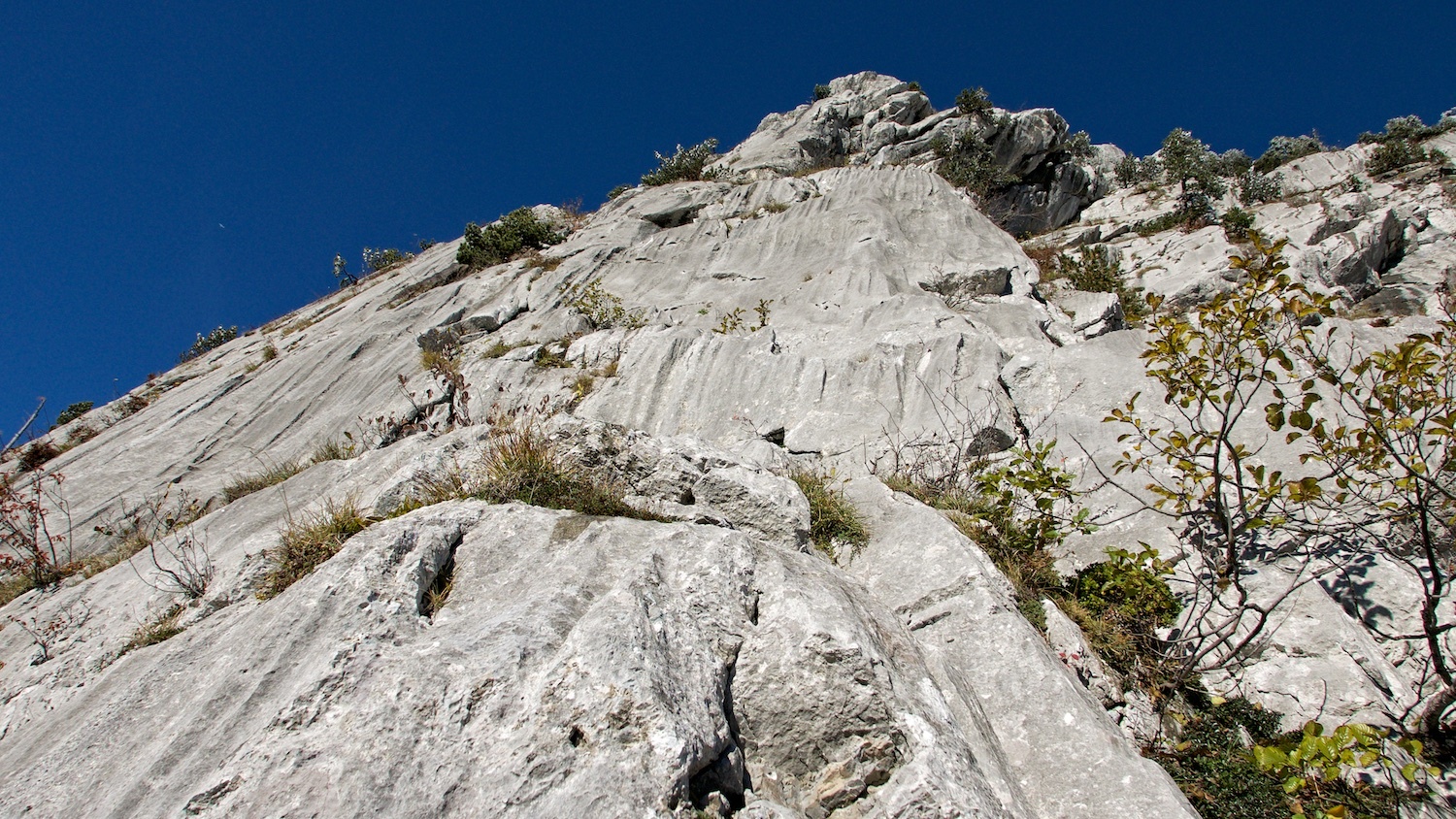 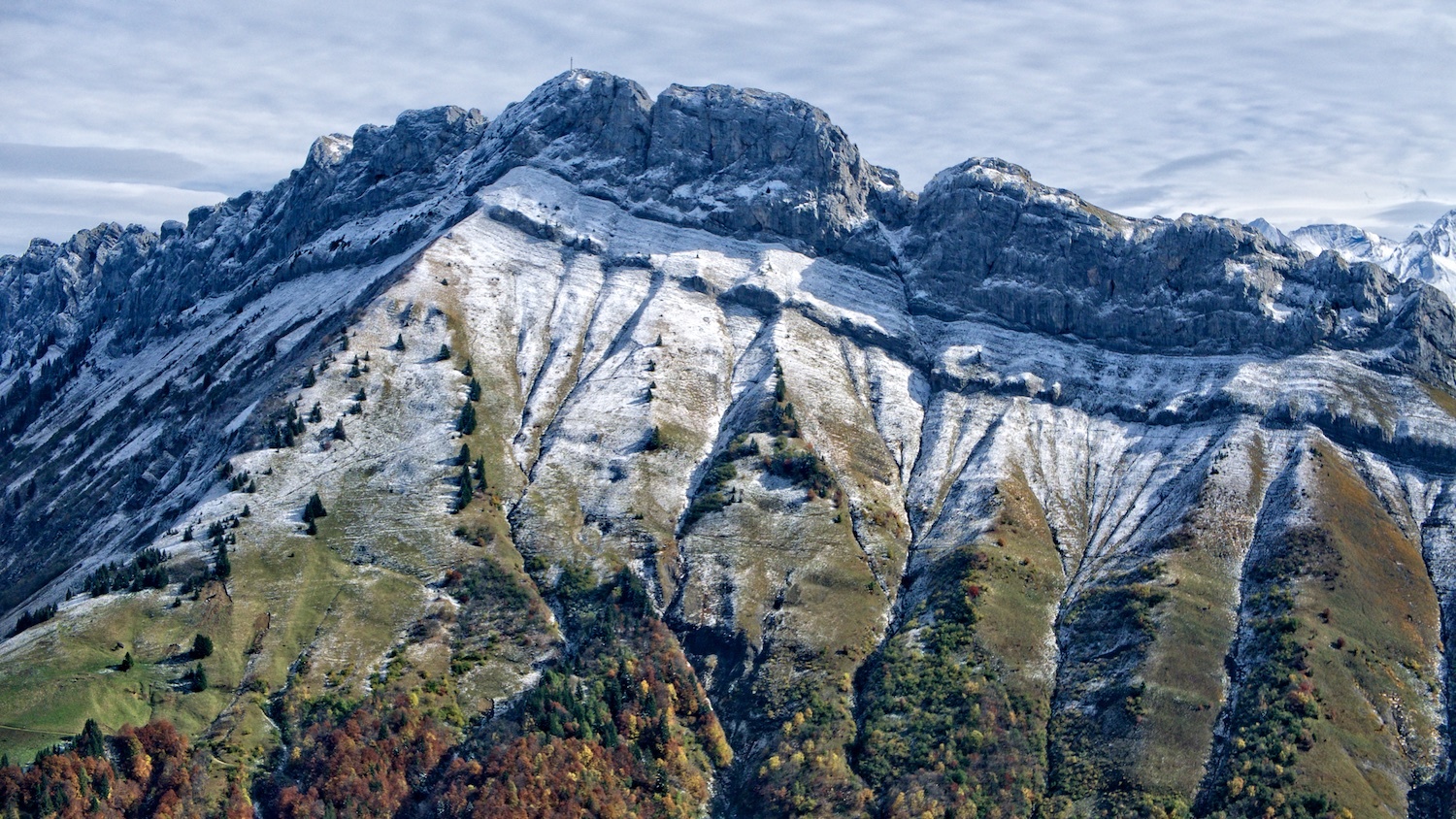 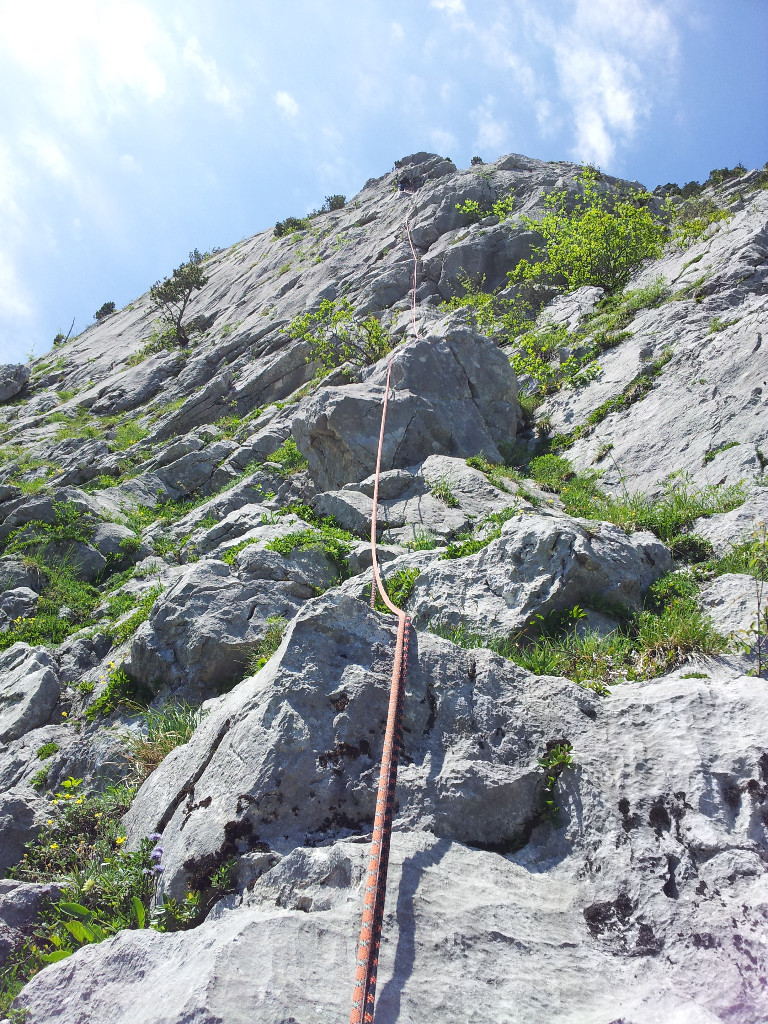 Eleven pitches of good and varied climbing at a homogenous grade in a pleasant mountain setting.

Follow the track that goes to the Col de la Buffaz and passes the Grosse Pierre chalets. Take a good path to the left, (tourist signpost for walkers). At a junction in the woods of three paths, take the first to the right. Then keep your eyes open! to spot on the left a faint path which climbs directly up through the woods beneath the cliffs and then up a scree slope. At the level of the rocks go rightwards along the path at the foot of the cliff. “Delit de Fuite” is after a single pitch/top roping section and before a cave. The name of the route is painted in orange on the rock.

The belay bolts are good but only joined together with old, thin slings.