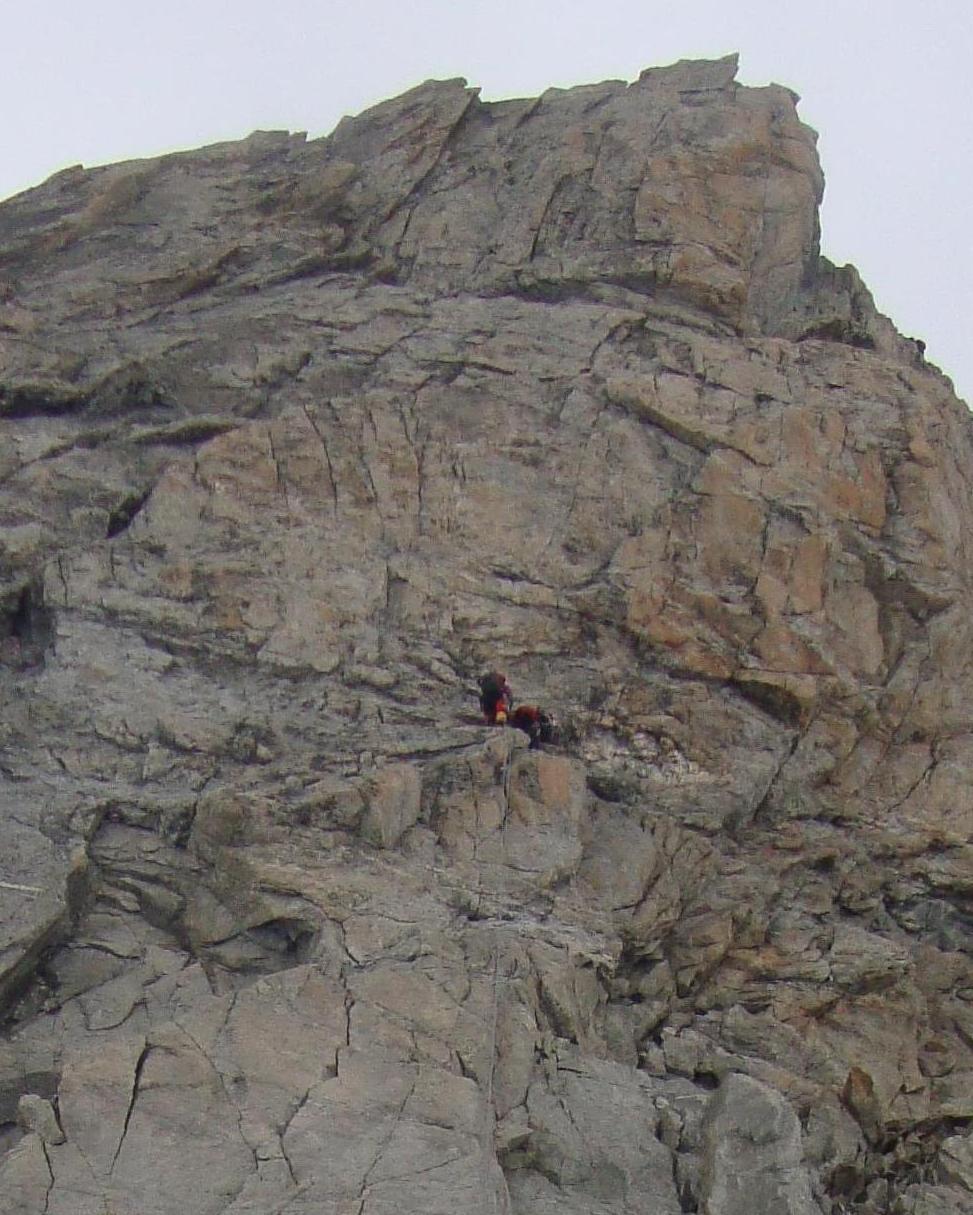 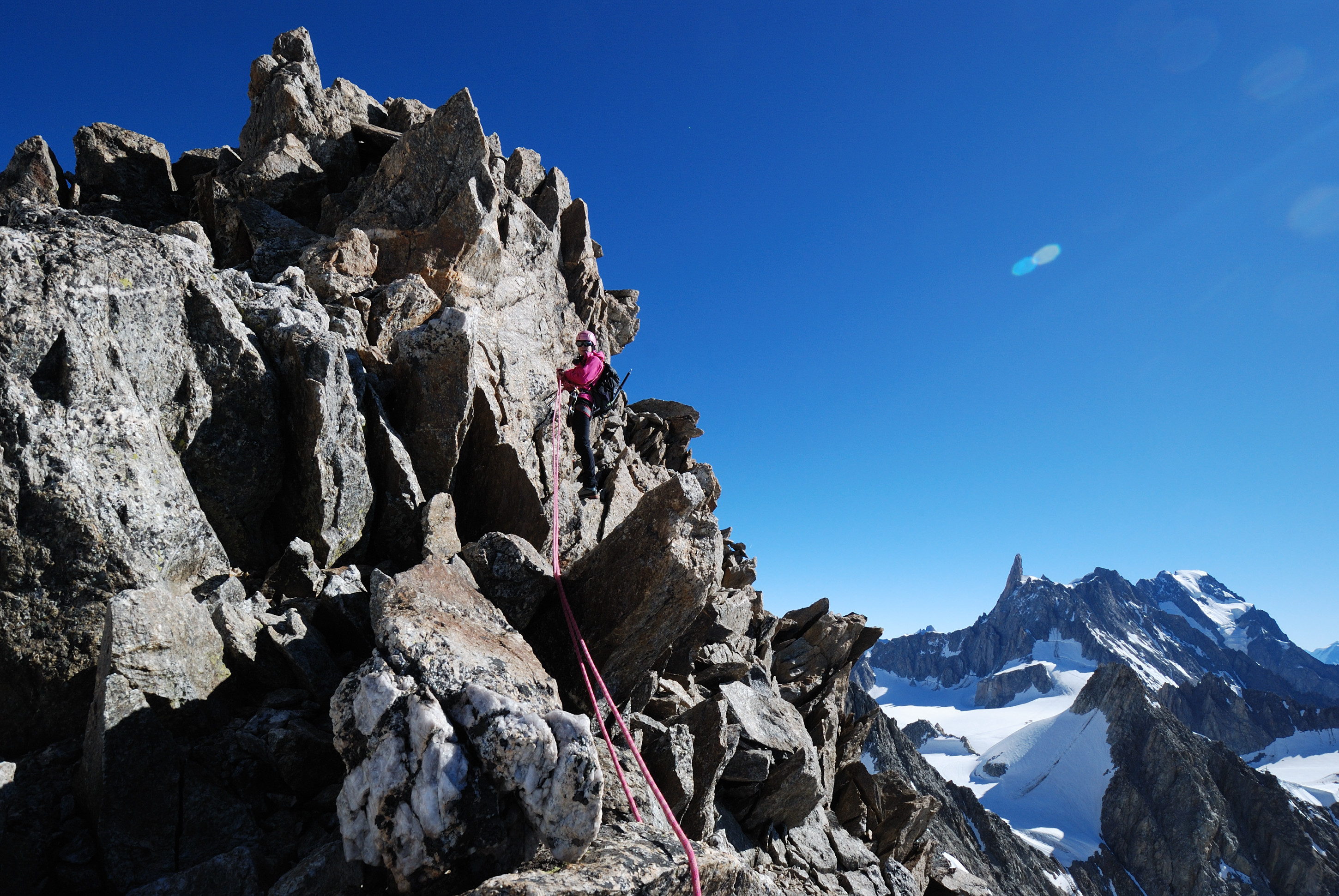 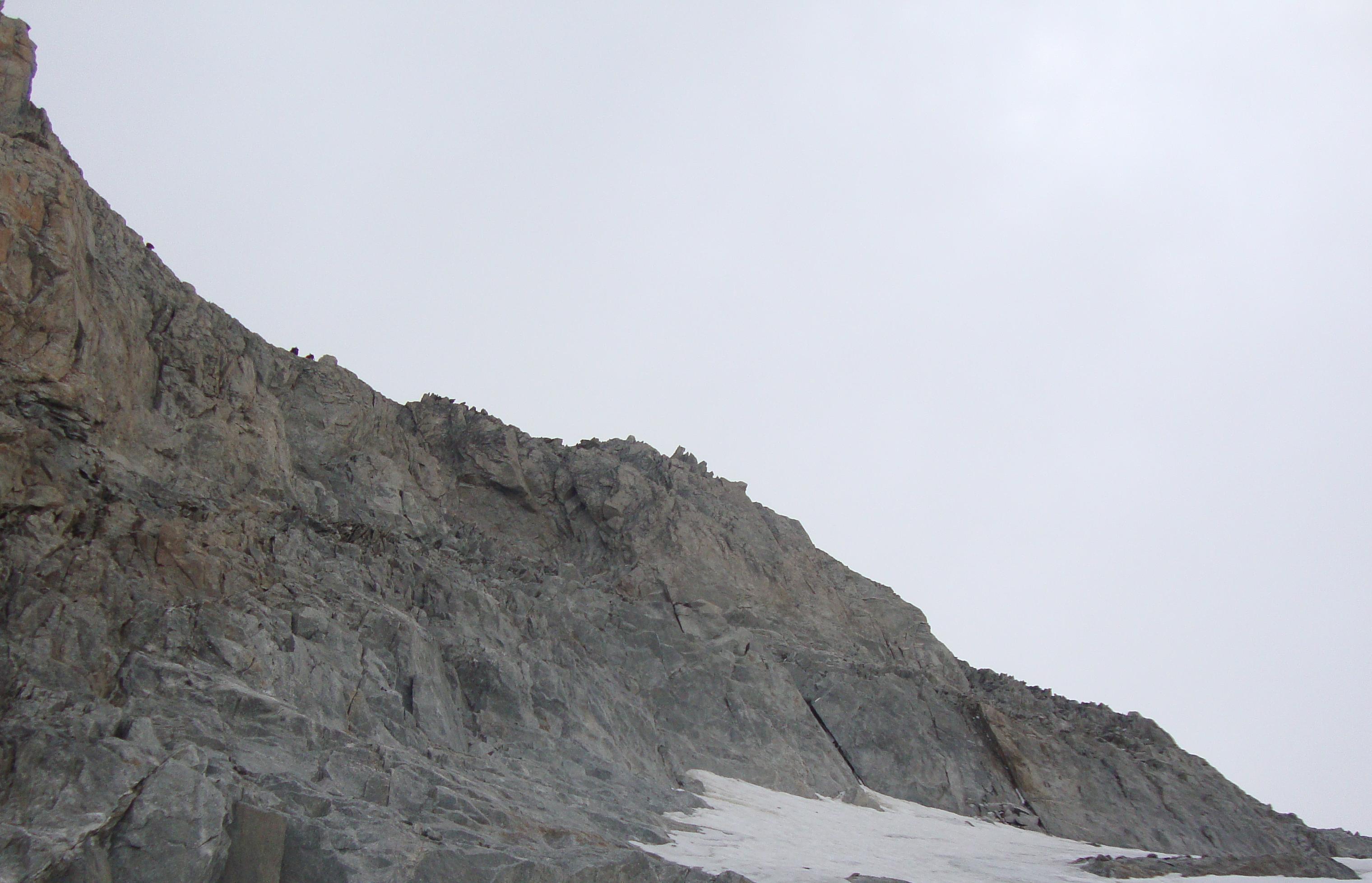 The traverse of the Aiguille d’Entrèves can be done in either direction, but the going SW to NE (with a move of 4b in ascent,) seems more logical.

From the Torino hut ago NW to the col des Flambeaux. Descend to the W and pass under the N face of the Aiguille de Toule. Continue W a little towards the Tour Ronde, then climb up due S to the col d’Entrèves.

Go up the ridge, very easy at the start, passing sometimes on the E side sometimes on the W side. Just after a down climb at a little gap, (turn the ridge on the right which is easier than down climbing on the left, which nonetheless is very enjoyable,) climb the other side by a short passage of 3b. The route becomes more airy: you keep to the crest of the ridge. Then there is a move of 4b, (a sling in place to pull on,) and some bolts a little higher up, which leads to the summit

See also the route description for the traverse NE-SW, http://www.camptocamp.org/routes/54394/en/aiguille-d-entreves-traversee-ne-sw .

From the summit climb down a system of easy angled cracks, but not always easy to protect, (use nuts, possible to make an abseil, bolts in place.) Continue down easy, mixed ground, along a horizontal section before climbing down broken rocks to reach a snow slope. You rejoin the approach path by going down the NE snow slope, (35-40º,) towards the foot of the Aig du Toule.

A short rock route, (mixed early in the season,) possible to do in half a day.

Possible to bivouac just before the col des Flambeaux, or at the foot of the Tour Ronde.