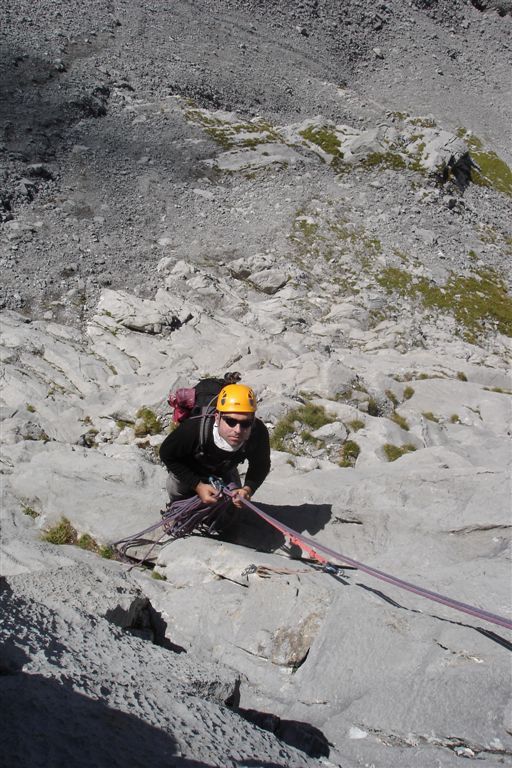 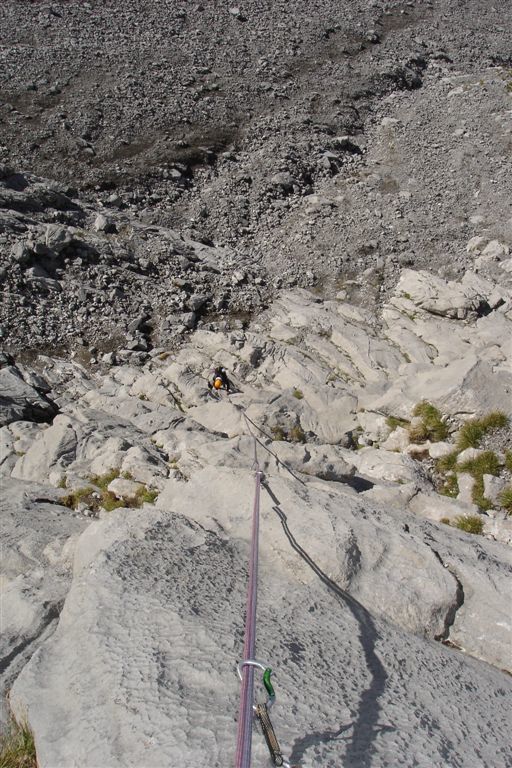 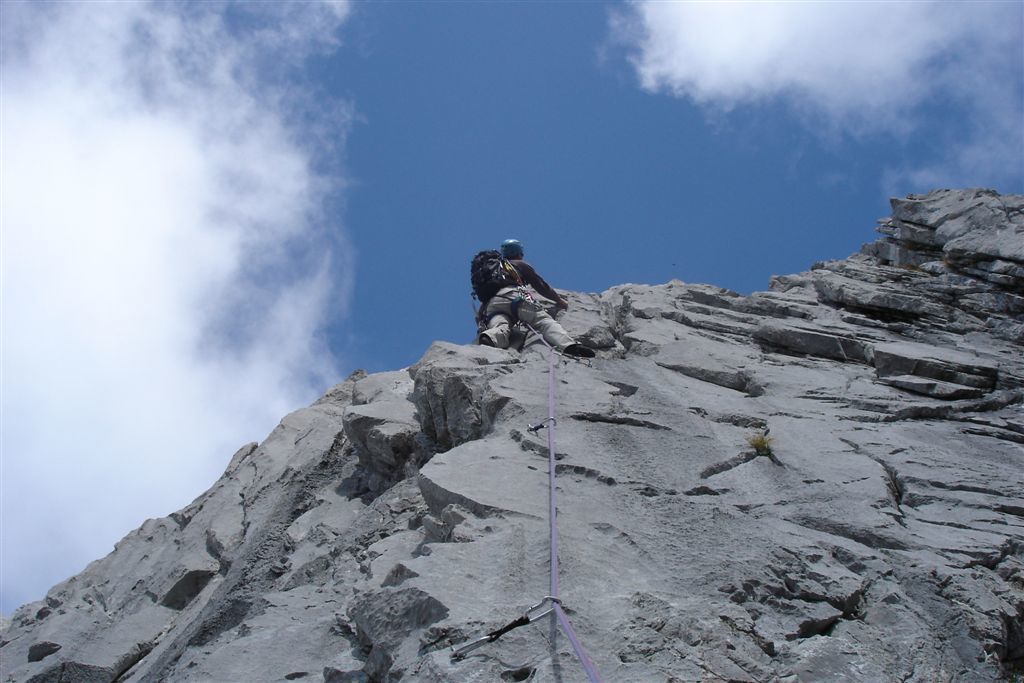 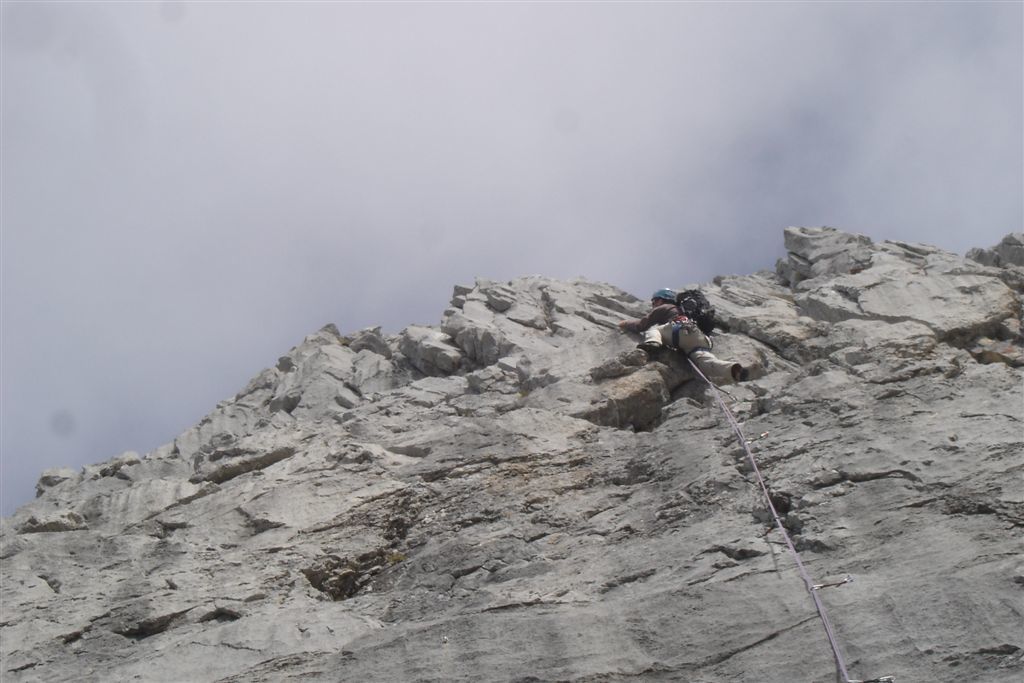 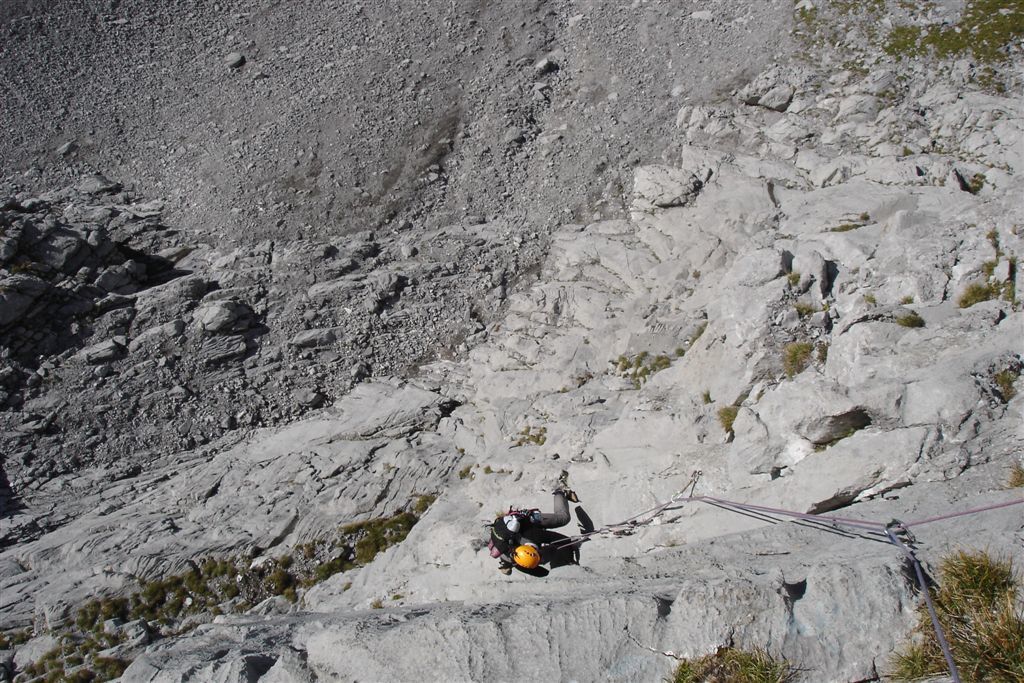 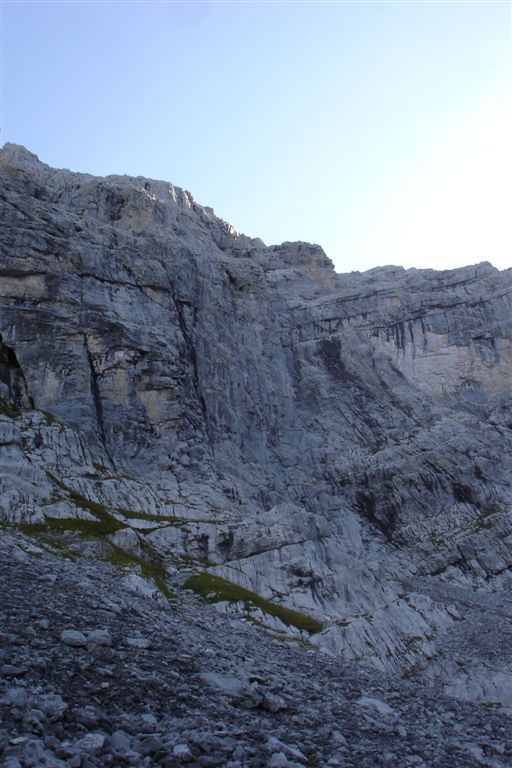 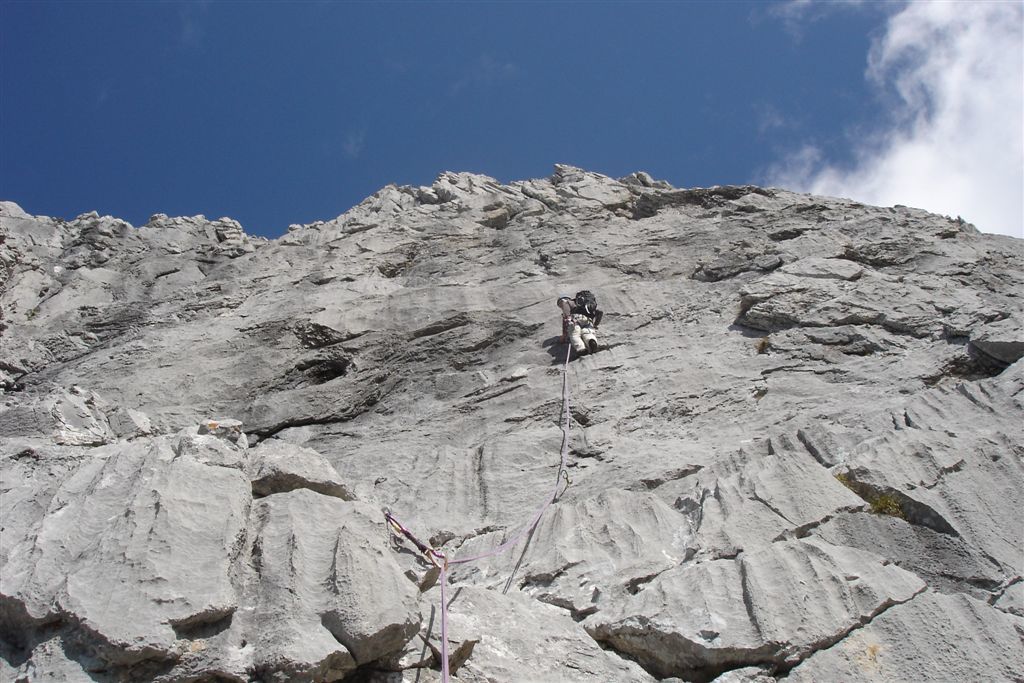 A good Piola route with five homogeneous pitches of 5+

1st Option : by the Gramusset Hut From the Col des Annes go to the Gramusset Hut, (very well indicated.) From there go in the direction of Chombas, blue paint marks to cross the limestone pavement to the right of the hut, then take a ledge equipped with a fixed rope to get to the foot of the “Pre aux Chevres” (Goat Meadow)

Get to a first cairn in the meadow then contour in the direction of a second cairn. The first abseil is just several metres below this cairn. (5 abseils to reach the foot of the cliff). Count on 2h15 to reach the start of the abseils (1h30 to the hut and then 45mins) plus the time to do the abseils.

2nd Option : by Le Planet Park at the transformer before the Col des Annes. Take the path towards the Planet chalet, (includes a descent). At Le Planet go in the direction of Gramusset but quickly leave this path to the right underneath a rock barrier (statue of the Virgin) in the direction of the Combe de Chombas. (faint path, cairns) Climb up the combe, (the path is more obvious) Go under the S face until the start of the route. Count on 2h15.

Getting to the routes Go up along the base of the cliff until a compact, smooth slab with two lines of bolts, very close to each other. These lines go up the slab to a short overhang in horizontal band of black rock. The route on the right is “Pepete”. “L’ete indian” is a few metres to the left of the slab; an easy ramp leads to a little terrace with a bolt belay. The routes to the left of “L’ete Indian” are: Firstly “Malle à Malice” Then “La Messe du Temps Présent” and lastly “Passé Présent” 20 metres to the left of “La Malle,…”

Either by abseil or to the Gramusset Hut

Faces SSW, so it can get hot. Take water. The approach by the Gramusset hut might seem complex but it is easy to follow, the only problem is to find the abseil next to the cairn. Route sustained on good rock with just enough bolts. A four star route (in the Piola guidebook.)