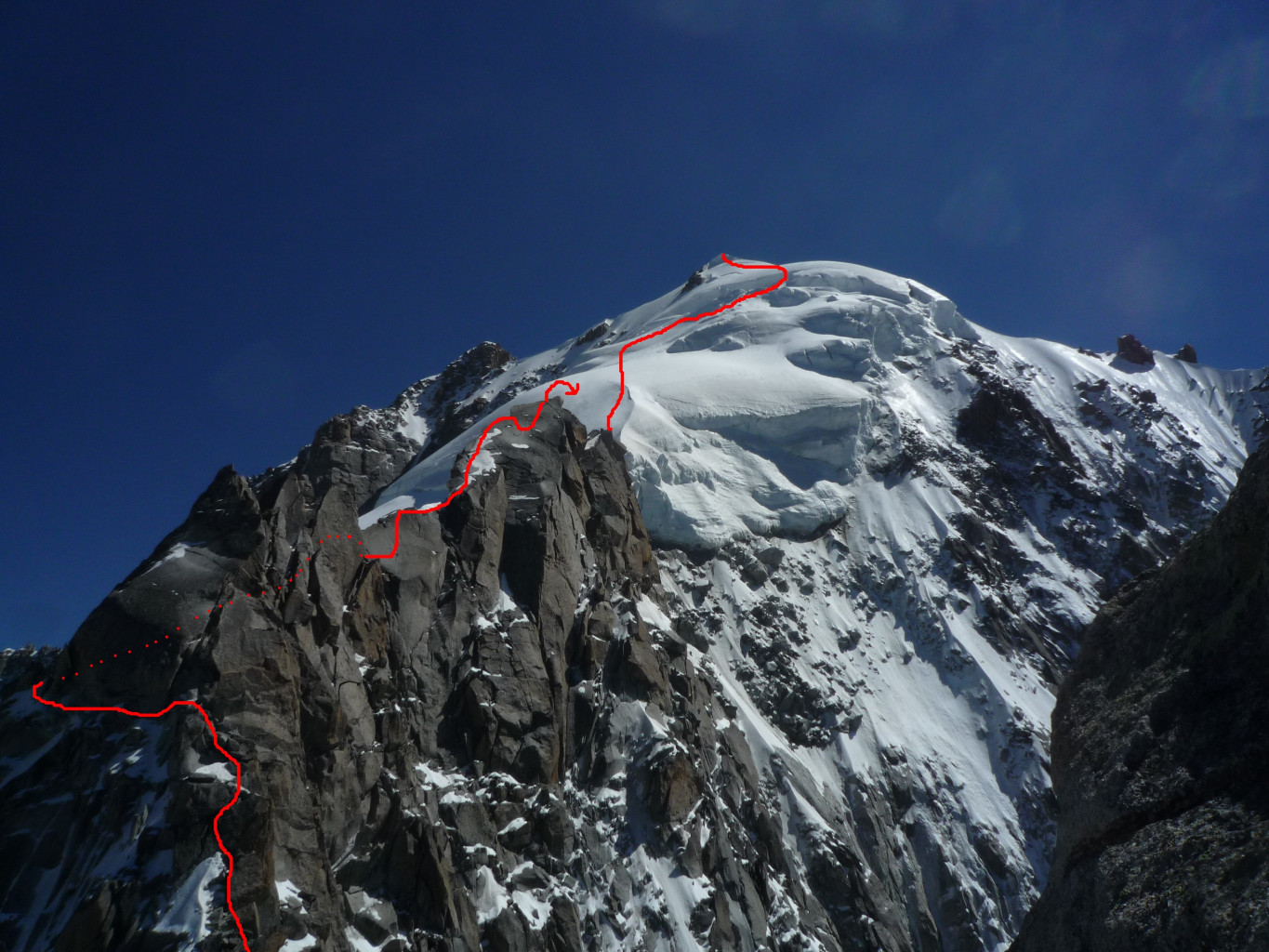 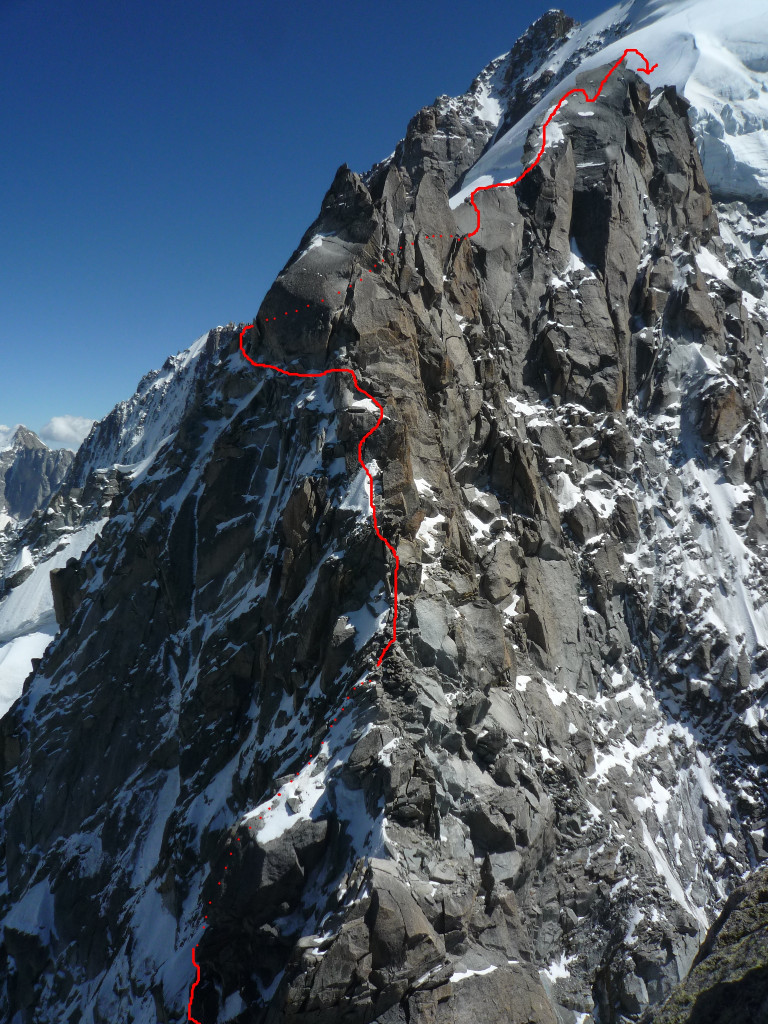 Grandiose, long and varied route in a superb setting (Versant Nant Blanc de la Verte, Couloir Nord des Dru…). The rock is good except in the traverses at the beginning.

From Col des Grands Montets you reach the shoulder NW of the ridge via the beginning of the Petite Verte route. (30 min to 1h00) Slightly descend the Nant Blanc slope, and traverse ascending towards the left to reach a transversal ledge system. Follow them and pass to the foot of gendarmes which form the ridge. Traverse a broad corridor and take the ledge on the other side (do not descend towards the downhill ledge). Continue the ledge until it disappears, then climb the chimneys which lead to a notch to the north of Pointe Farrar. Traverse via slabs in slightly ascending the Argentière side to reach the notch 3625m to the north of Tour Carrée. 2h00 to 3h00. Good bivouac site. Tour Carrée is climbed via a broad Argentière slope chimney (UK-4a /US-5.5, pitons) encumbered of large boulders and provides access to the ridge. Via tilted slabs then a crack you reach the summit of Carrée (3716m). Downclimb towards the following notch (3655m) via the Argentière slope (rappel of 20m at the end). From the notch cross the Argentière side, do not climb the broad and welcoming chimney on the right but continue until passing a small rock spur. Behind this spur climb a steep corridor via its right side (UK-4a /US-5.5) until a small party ledge. Climb the slab and traverse until the foot of a large slab cracked in its centre (UK-4a /US-5.5, IV +, unrelenting and exposed, splendid) then the summit of the Pointe Ségogne. Via 2 rappels of 25 and 30 m go down the pinnacle Argentière side to easily reach Col du Nant Blanc (4h00 to 6h30). Numerous bivouac sites. Go up the steep snow and ice slopes (50/60°), while remaining on the Argentière side to reach the summit of La Verte. (1h00 to 2h00)

Be careful Aiguille Verte is a summit which is difficult to climb but also to descend. The simplest descent route is the Whymper corridor, but its orientation requires starting the descent before it gets to heated by the rising sun (facing east). So you need to leave very early in order to begin the descent before the first rays of the sun. Otherwise, you will have to descend by the Moine ridge or wait until it freezes again!

This splendid ridge is a long climb, without a simple escape route. Stable weather is essential for undertaking it.

This route, without being very difficult is varied and long. The descent should not be neglected: from 2h00 to 6h00 from the summit to Couvercle refuge, plus 5h00 if you return on foot on Chamonix.

Accommodation: First class lodging along the ridge. Bivouacs are comfortable and splendid: under the notch to the north of Tour Carrée or at Col du Nant blanc. The one at Col du Nant-blanc is a better choice.