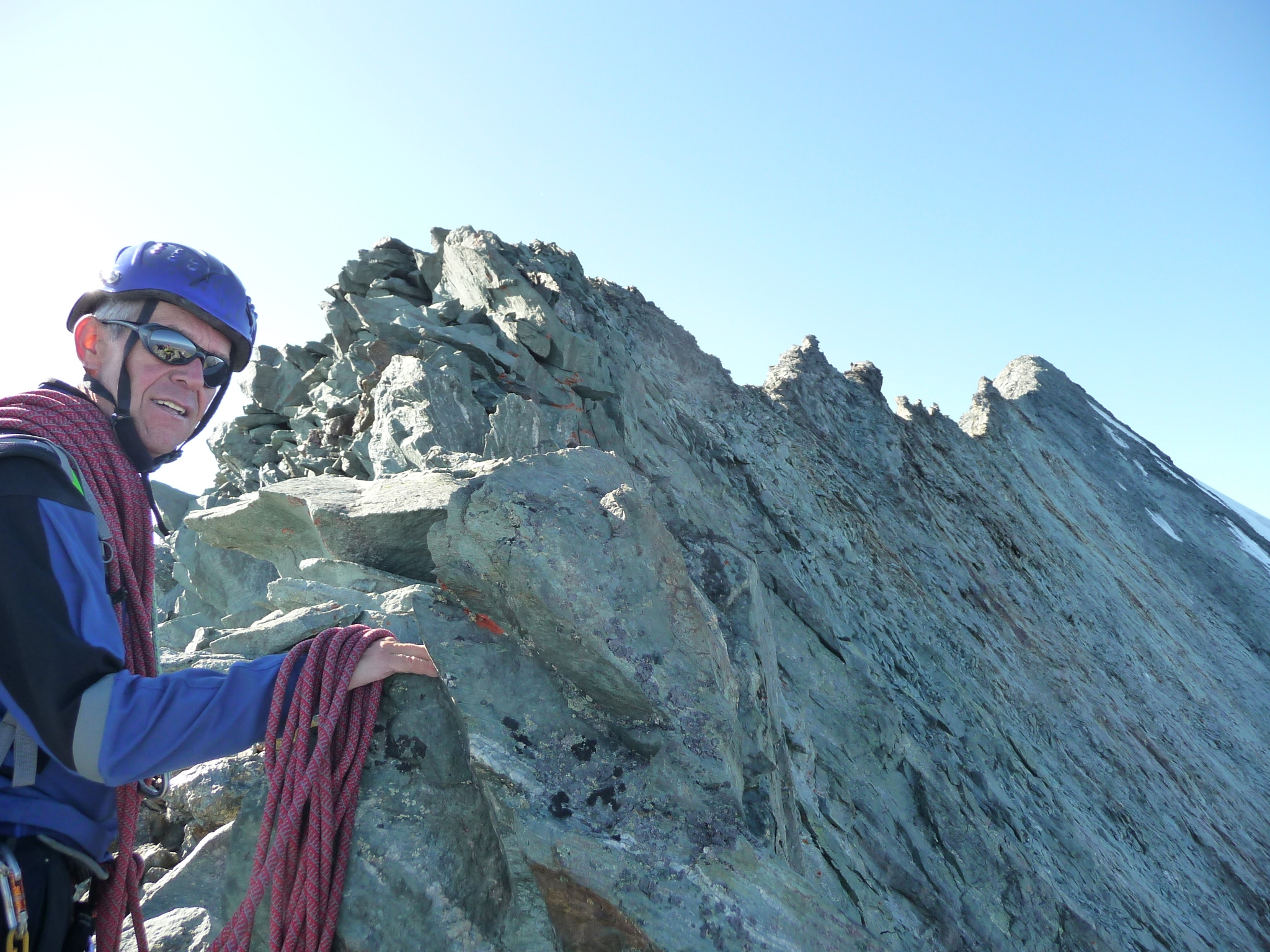 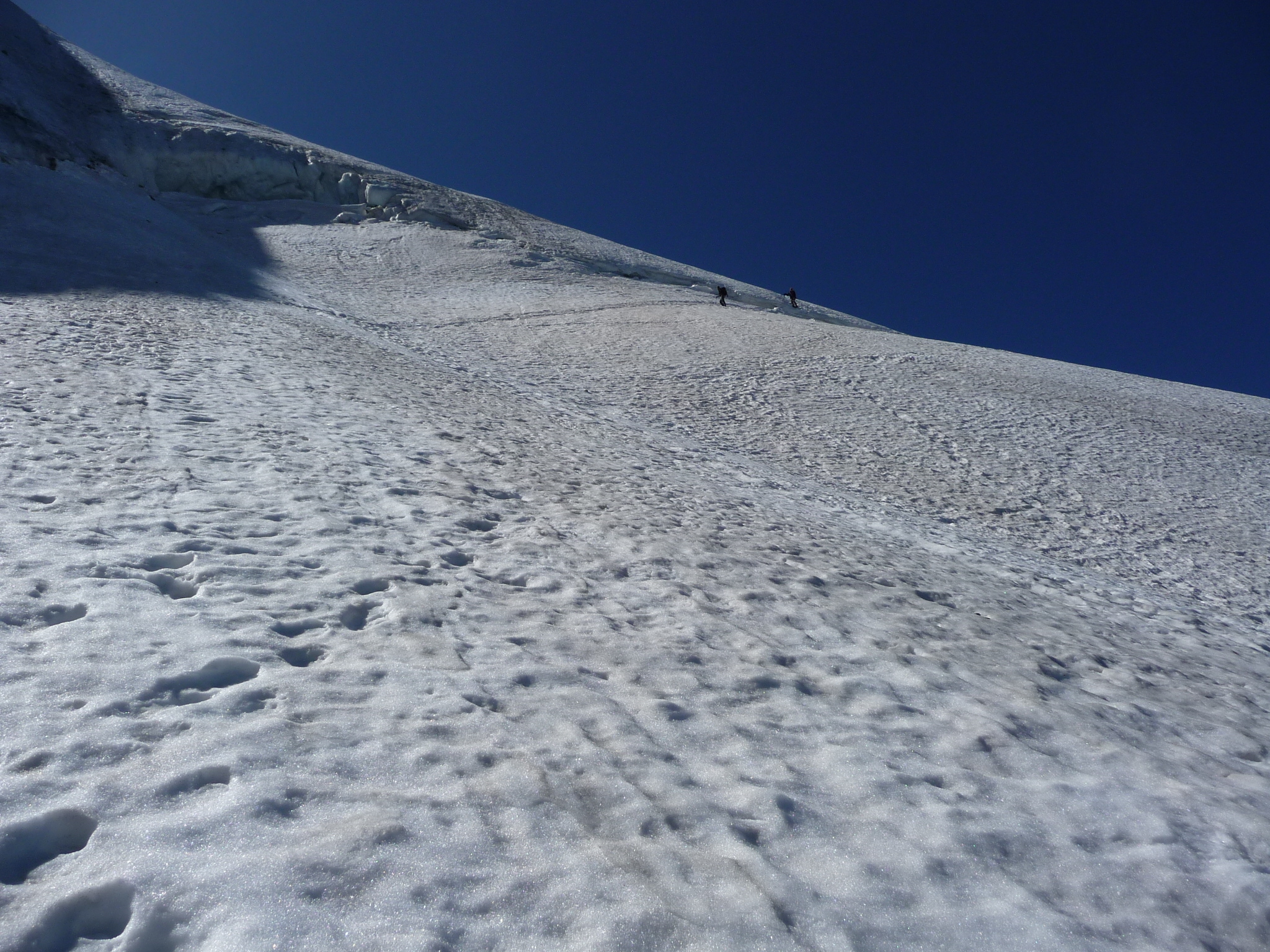 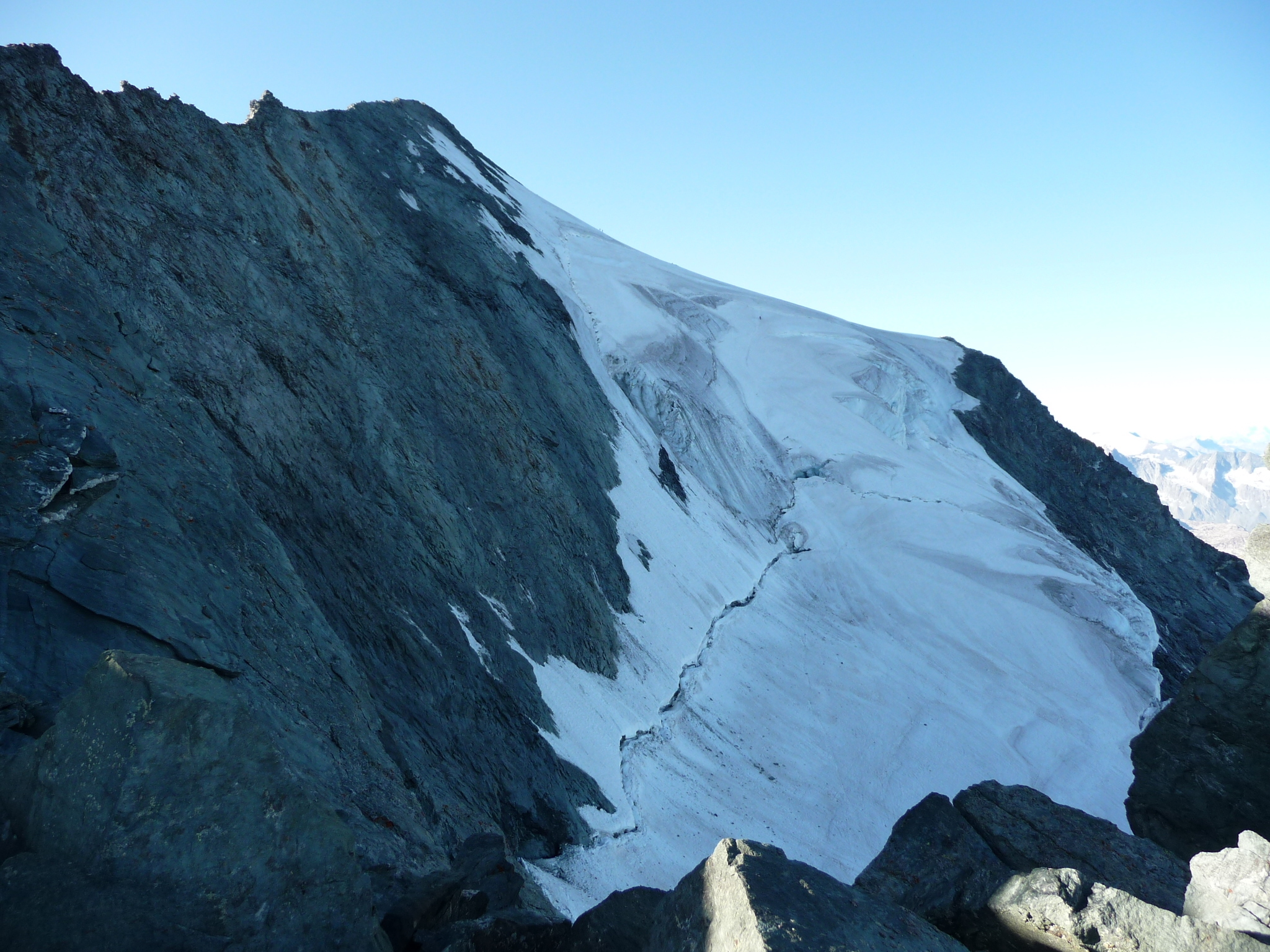 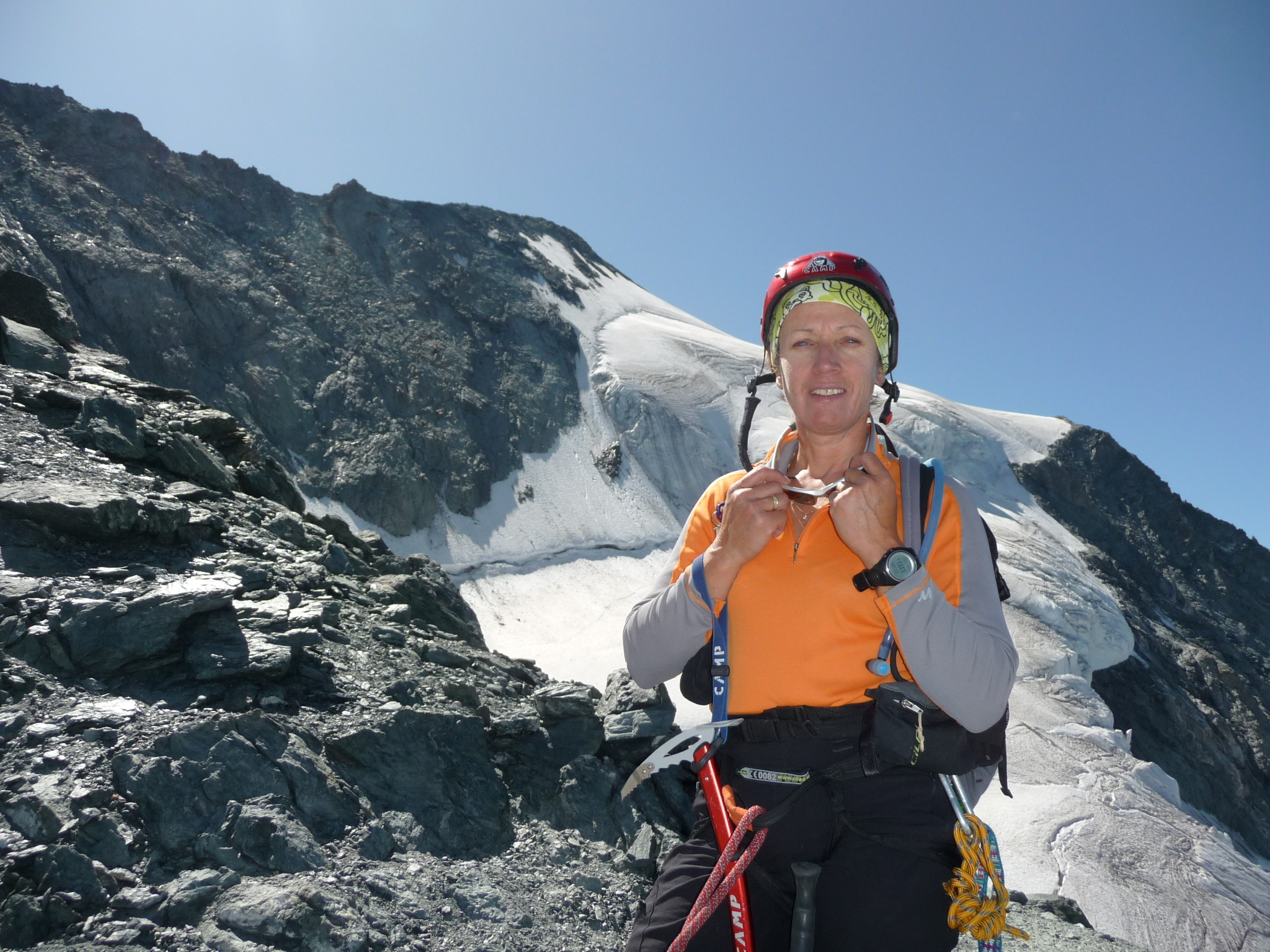 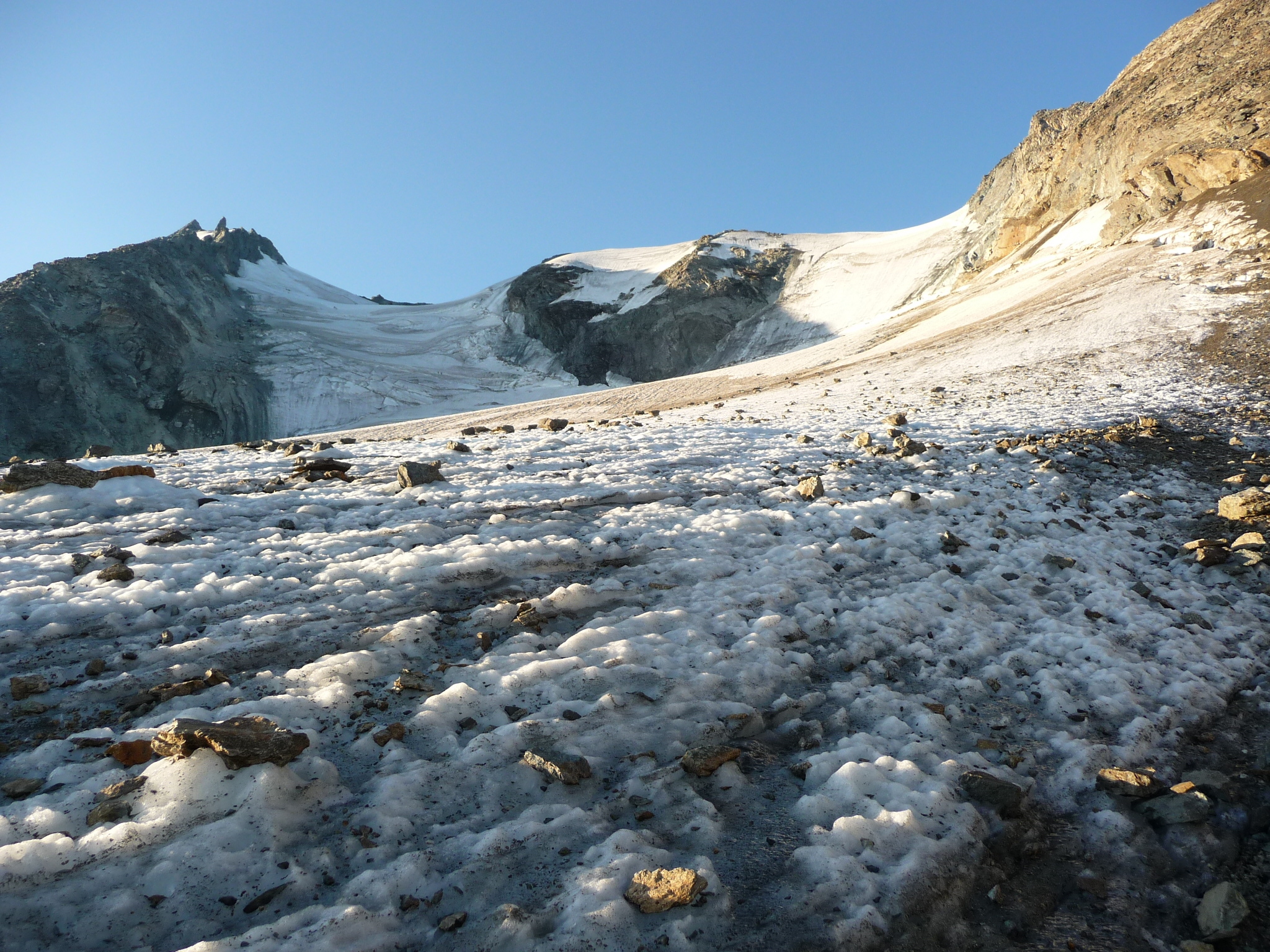 Ascent: Mont Pourri, despite its name (rotten in French) is the second highest summit of Vanoise at 3779 meters. The peak is no more rotten than elsewhere, and the very beautiful summit warrants a detour. Its northern ridge is one of the most beautiful ridges to do in the Vanoise massif. From the start it is very exposed in ironrock. The high mountain environment, because it begins around 3650 meters, with a unique view of Mont Blanc makes this route one of the best of the massif.

From Lac Marlou, take a small trail which runs along the south side of the lake. Climb in the direction of Lac des Moutons without going there, then continue to follow the line of the Grand Col chair lift following the ski slope as best as you can, or the road, to arrive at the summit. From the summit of the chair lift, continue in the same direction until Grand Col which appears very close. It takes an hour after Lac Marlou. Grand Col has two refuges with about ten places where it is possible to spend the night with rough conveniences. Follow a small trail in the moraine until the Grand Col glacier around 3100 meters. Put on the crampons and tie on at this place. Climb on the glacier and via a circle arc under Aiguille du saint Esprit you reach the foot of Roches pass. Climb the glacier as best as possible, it may be very crevassed at the end of the season to reach Roches pass in an hour from the start of the glacier.

From Roches pass, climb full east on a snow slope in the direction of the summit of the Face Nord de Turia. The slope becomes steeper finishing via a corridor at 40 degrees over 50 meters. At the summit of the corridor, continue via a ridge of easy snow which goes along the summit of Face Nord de Turia to lead to the rock ledge at around 3580 meters. Take off the crampons and climb the south slope in one pitch to reach the edge of the ridge. Keep on the vert exposed edge and downclimb a small notch in III +. Continue the ridge moving together with small pitches to finish directly on the summit of Mont Pourri. The ridge is composed of small steep pitches and takes place on ironrock in the steep parts. It is almost horizontal with a HD of 200 meters with pitches of almost 1 Km. It takes an hour to traverse the ridge. It is also possible to leave Grand Col refuge (also rough) in the morning or the Turia refuge by scaling Face Nord de Turia. Be careful this glass face has a tendency to disappear leaving way to rock with frequent rock falls.

Descent: The descent passes over the normal route on Geay glacier. Follow the ridge in rock, then in snow to reach the shoulder of Mont Pourri. Traverse on the right and descend the glacier via steep 40 degree slopes. Return by a large to traverse under Roches pass, to go back up it by via ledges and rock. From the pass, return by the same route as in the climb to reach Grand Col and the car.

This route occurs in high altitude. So you need to be well acclimatised, and make sure that the rock ridge is quite dry.

You need to be in good shape to do this route in one day. The part in rock does not exceed 3 +, but it takes place in high altitude in an exposed environment.

The part in rock is not very long, an hour, but walking on the glacier as well as descending slopes at 40 degrees are the difficulties of this route.

Access: From Bourg-Saint-Maurice, go to Arc 2000 ski station. At the entry of the station, just after the section under buildings, take a pastoral dirt road on the left which descends. Follow the road until Lac Marlou. Be careful of the multiple crossroads

Accommodation: You can sleep at the Grand Col refuge at an altitude of 2935 meters. Beds with bedding are available as well as some covers and kitchen utensils. A burner with gas exists, but the tank is often empty. The refuge with its rough comfort can hold ten of people. It is also possible to spend the night at the Turia refuge.