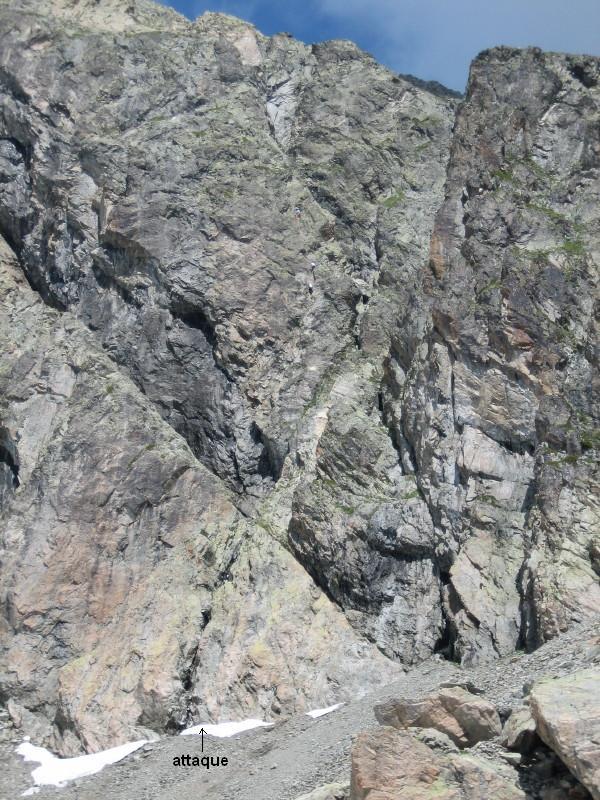 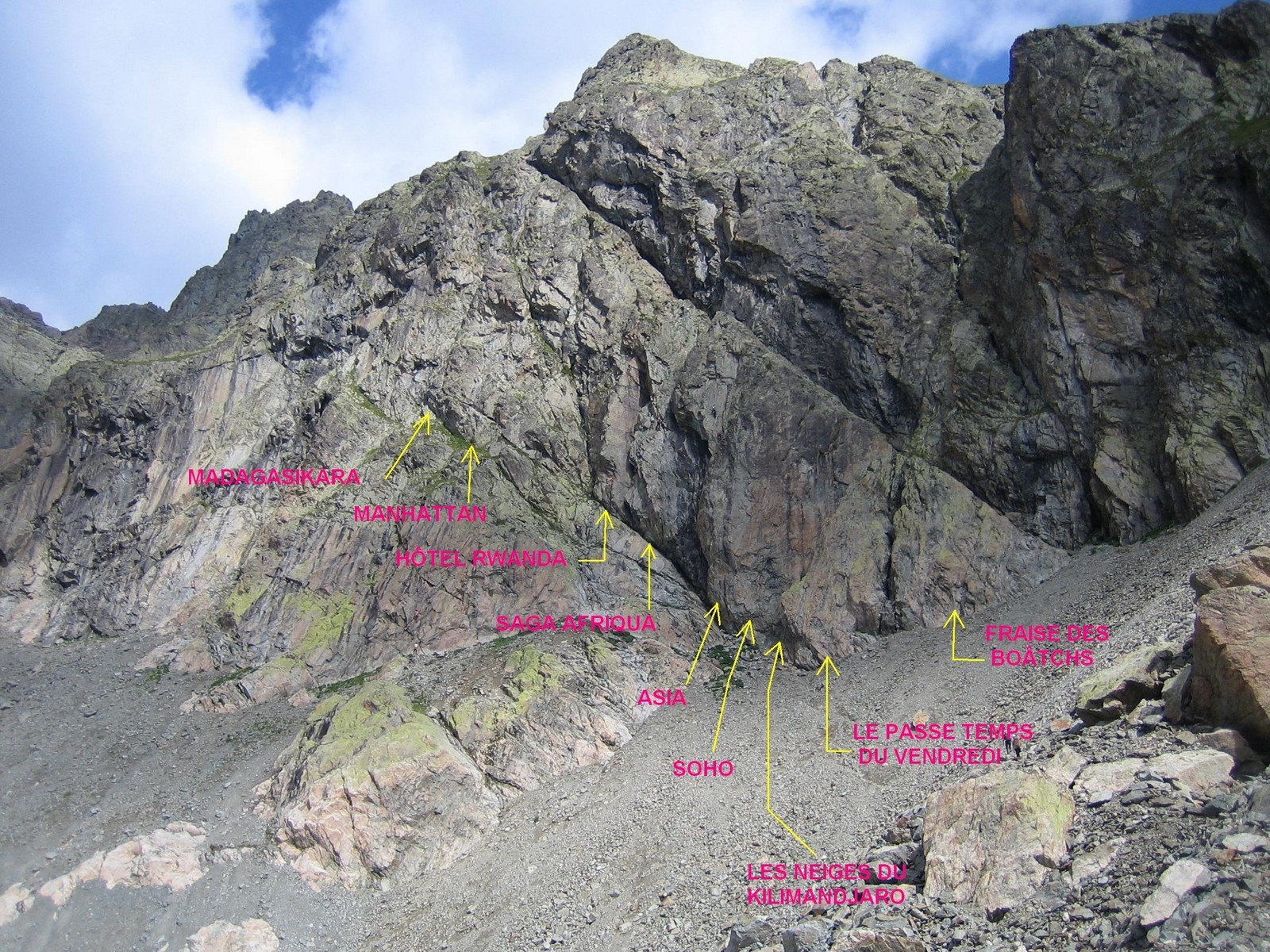 The buttresses are easily seen from the top station of the Index chairlift. Identify the two obvious ramps rising from right to left on the lower cliff. Take a track from the station to the NNE until a faint path on the left leads across boulders then up the scree to the cliff. The start is at the right hand end of the cliff, to the left of the foot of the upper ramp.

Follow the bolts up the logical line. 5 pitches of homogenous climbing at 4c/5a.

Possible to continue up the second rock band by walking slightly to the left. 2 pitches of 4c.

3 enjoyable last pitches on the most compact part of the third rock band. 5c (belay on the right,) 5b, 5b. Easily up the final rocks to the summit of the Grande Floria.

Abseil from the last belay point of the third level to the intermediary shoulder. (The abseil points are fitted with rings, (maillons rapides). Then from the top of the second level, (also possible from the top of the first level) traverse to the W to gain the Index boulder field, (snow slope until mid season)

From the summit it is also possible to climb down the two ridges, east or west.