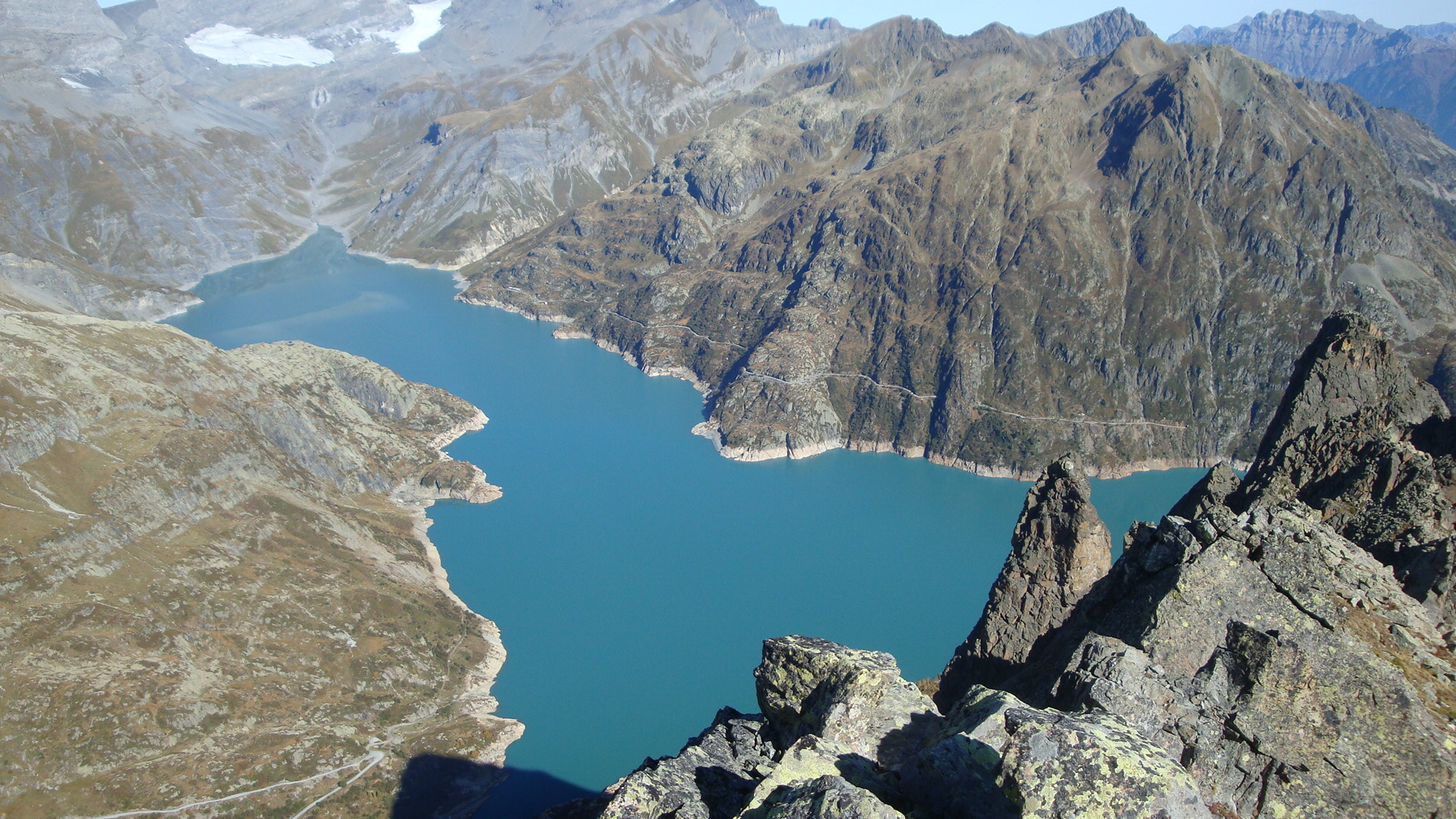 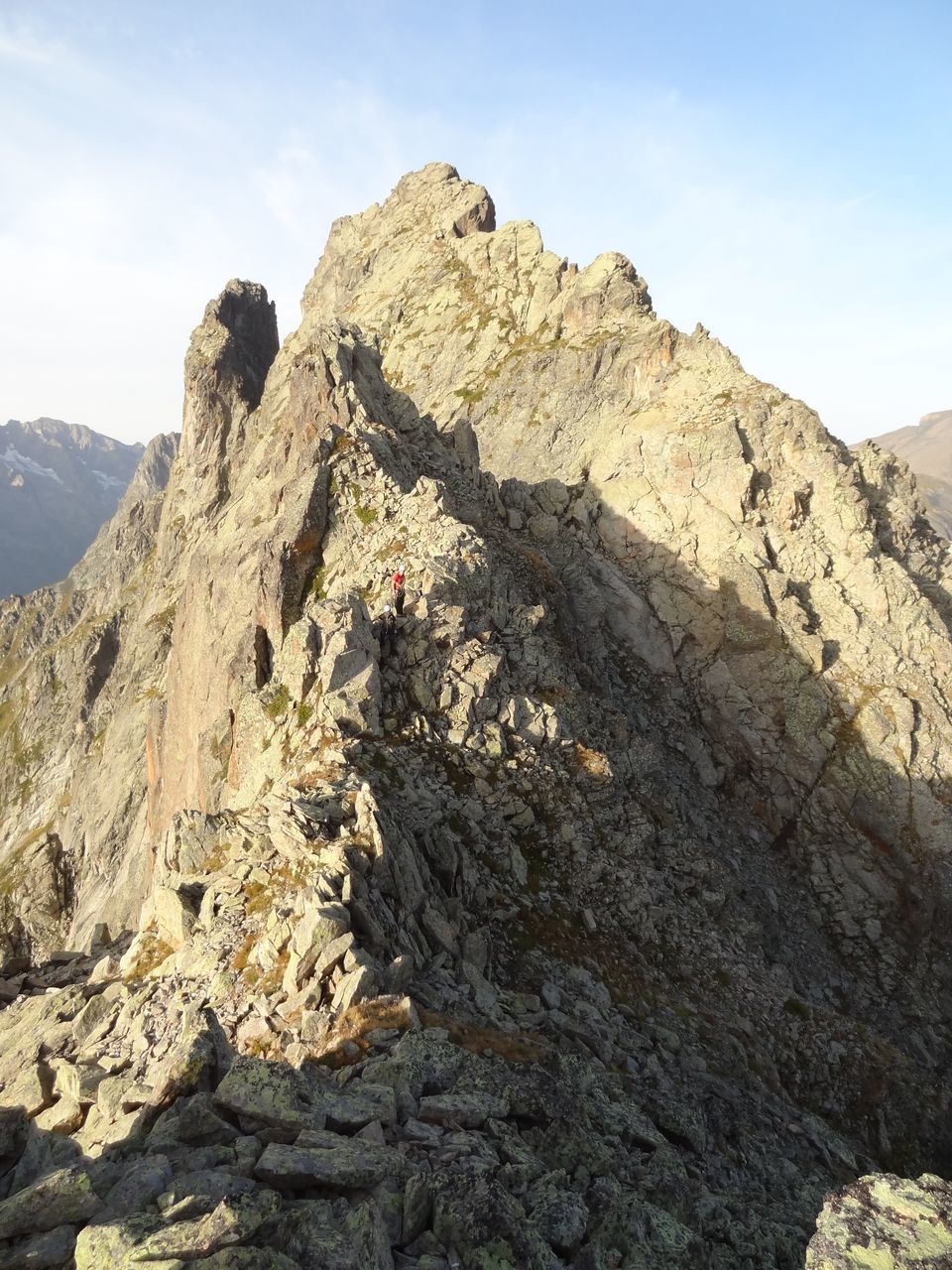 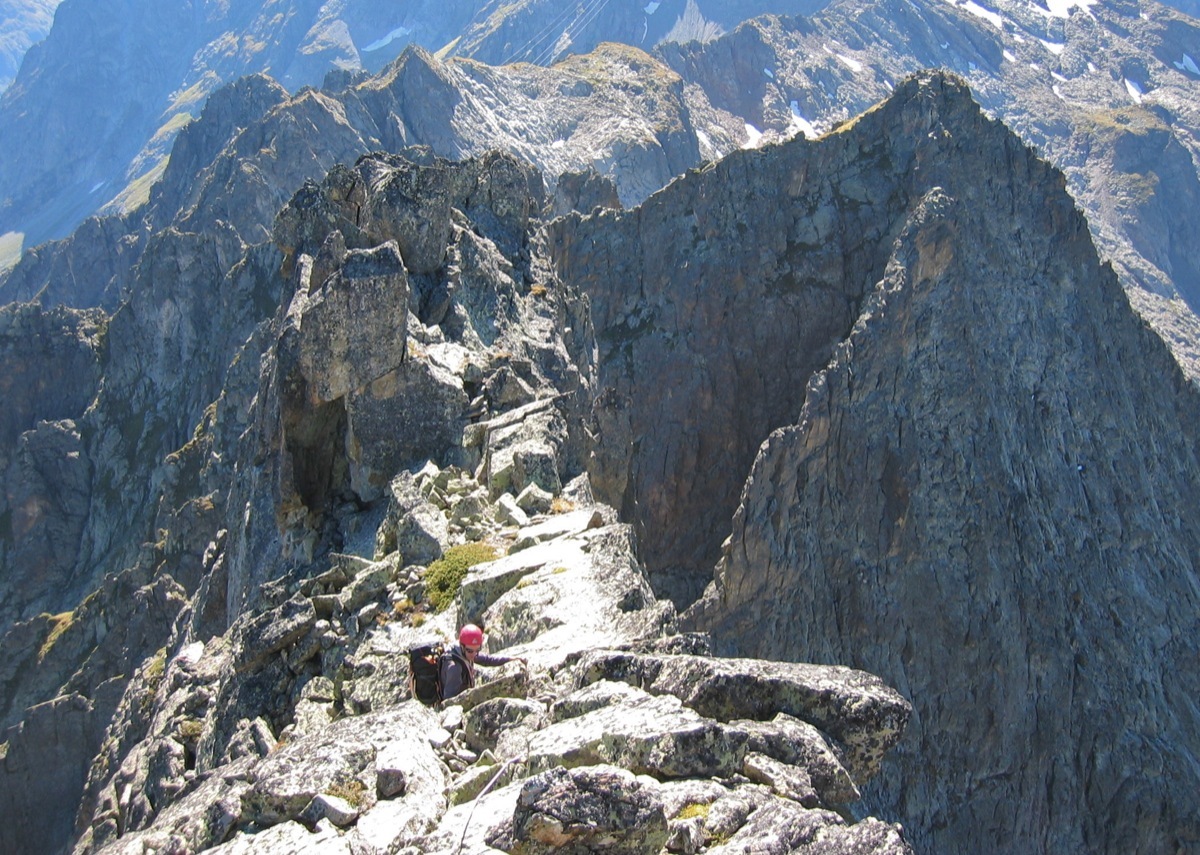 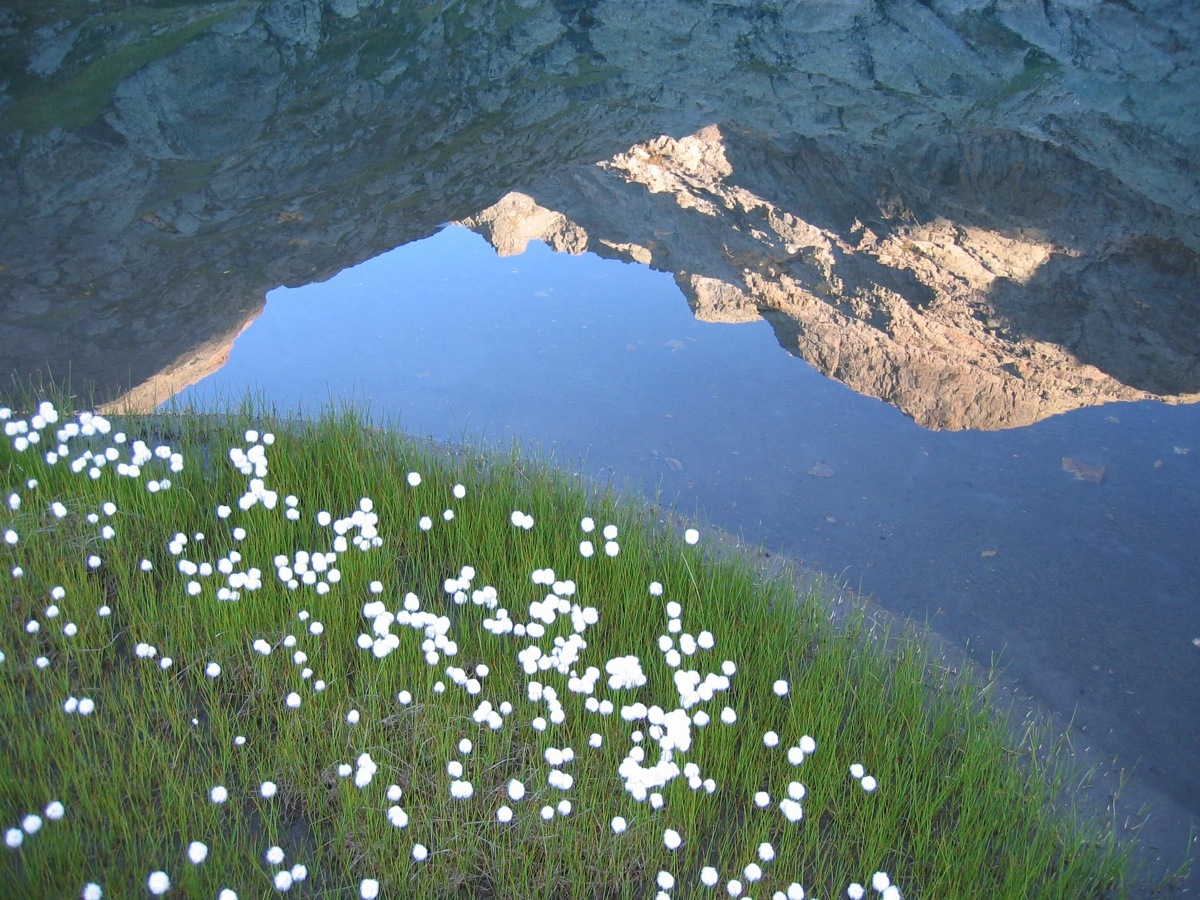 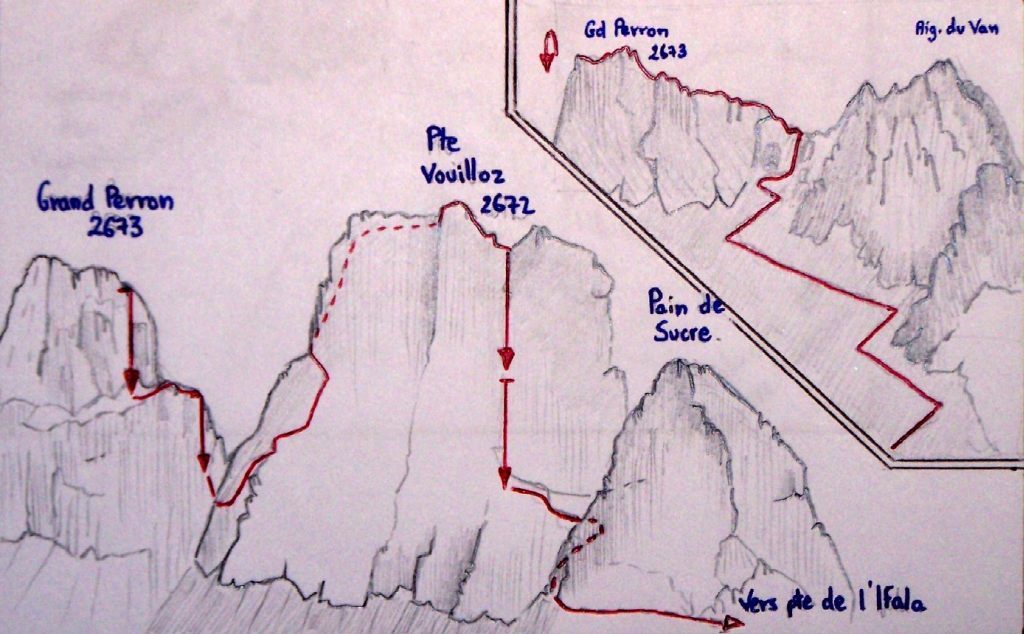 An enjoyable, airy ridge; not sustained, mostly on good rock. Superb views both towards the Mont Blanc Massif and of the lesser known peaks of Haut-Faucigny (Ruan, Tenneverge,…)

Go across the dam and take the signposted path towards Loriaz on the left, then left again. Leave this after about 400m by a faint path, (starts at a cairn on top of a boulder in a very small valley, just as the main path rises slightly before starting to descend.) Go up the slopes, which get steeper, with bits of rock, trending evermore rightwards.
Climb an obvious rock step, (2b, exposed, 3 bolts and a fixed rope). This leads into a broad, scree gully (cwm) coming down from the gap between the 2 Aiguilles du Van (N et S), clearly shown on the map. Go up the cwm (often with snow,) which includes a scramble up a small rock band about half way up, (2b, avoidable on the right). This ends with some scrambling up a narrow gully to reach gap. (The correct way is reasonably well worn.)

From the gap, descend slightly on the W side and traverse under the S summit by a grassy ledge, (faint path) to reach the main ridge. If you do decide to include the S, (highest) summit of the Aig du Van, then go up the unpleasant rocks from the gap, without major difficulty. Descend the other side, initially easy, to an abseil point on the left, (thin slings with a maillon.) A 20m abseil brings you back to the lower traverse path and the ridge proper. From here it is fairly easy to the main summit of the Grand Perron (2674m). From here, make 3 abseils and some easy down climbing on the ridge to the gap under the Pointe Vouilloz. Follow the crest of the ridge, exposed, to the summit, (3b/3c.) Climb down a serrated ridge at the foot of which you descend due N (2 abseils from bolts, 20 and 25m, ignore the first abseil point from a flake,) to grassy slopes leading easily to the next gap, (between the Vouilloz - Ifala).

The climb to the Ifala is the crux (4a/4b): keep well to the right of the ridge when starting from the gap. Do not go towards an obvious hole but exit to a little gap slightly to the right (peg and friend in-situ.) From here follow the crest of the ridge to the summit.

Follow the ridge much more easily, (grass and rock,) bypassing obstacles first on the left then on the right, until the Brèche des Perrons. From here you join a series of little lakes without further difficulty. N.B. do not try and go down any of the gullies before the brèche, even though there are traces of a path and a cairn!

Follow the cairned way to the floor of the Gorge de la Veudale where you pick up the main path coming down from the Col de la Terrasse, (on the true left bank). This leads back to the dam.

The ridge gets the morning sun. Not much height gain but lots of ups and downs. Allow at least 7-8hrs dam to dam. Very good for practising moving together while roped up. The ridge can be done W-E, but more difficult, D