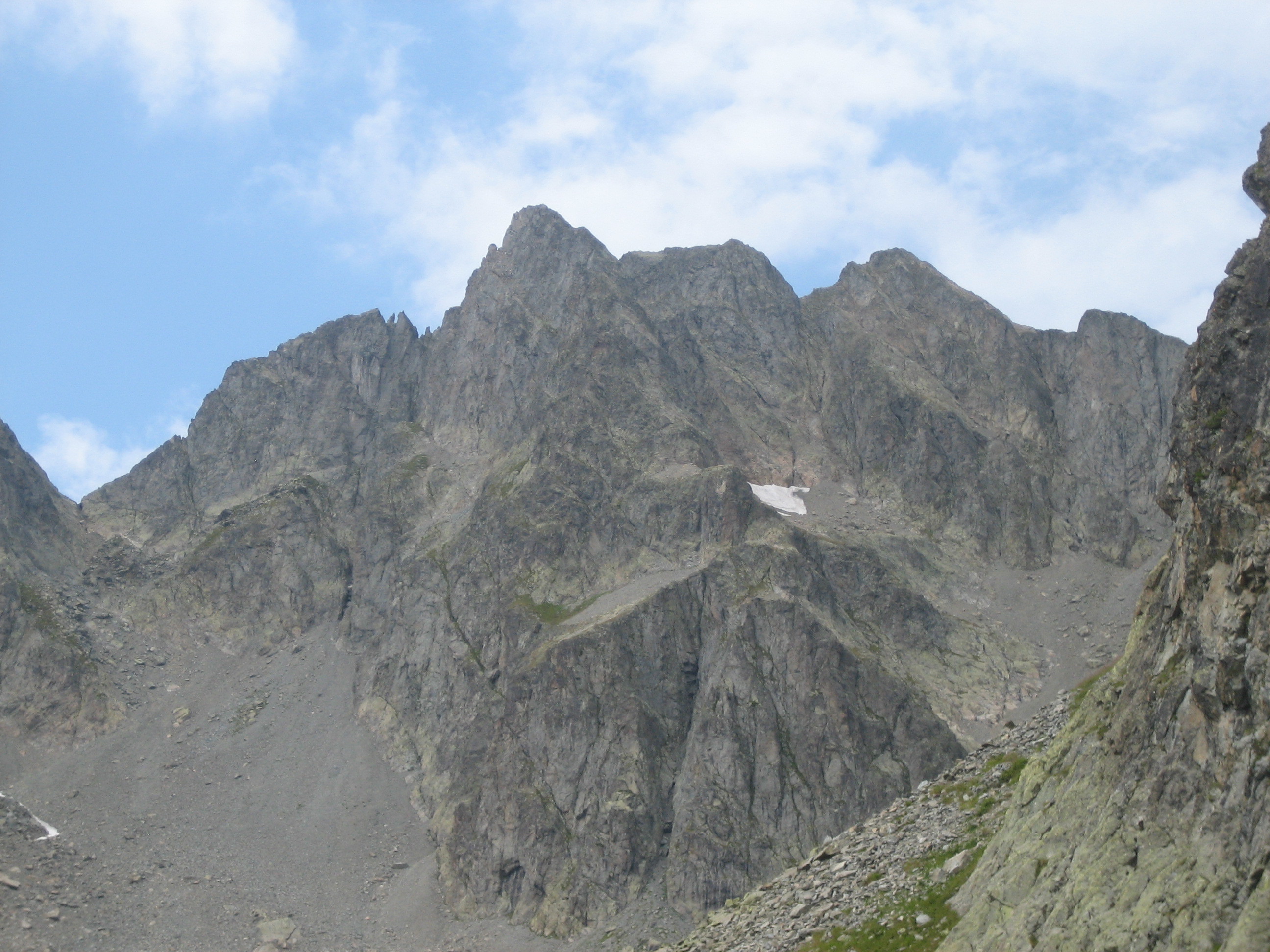 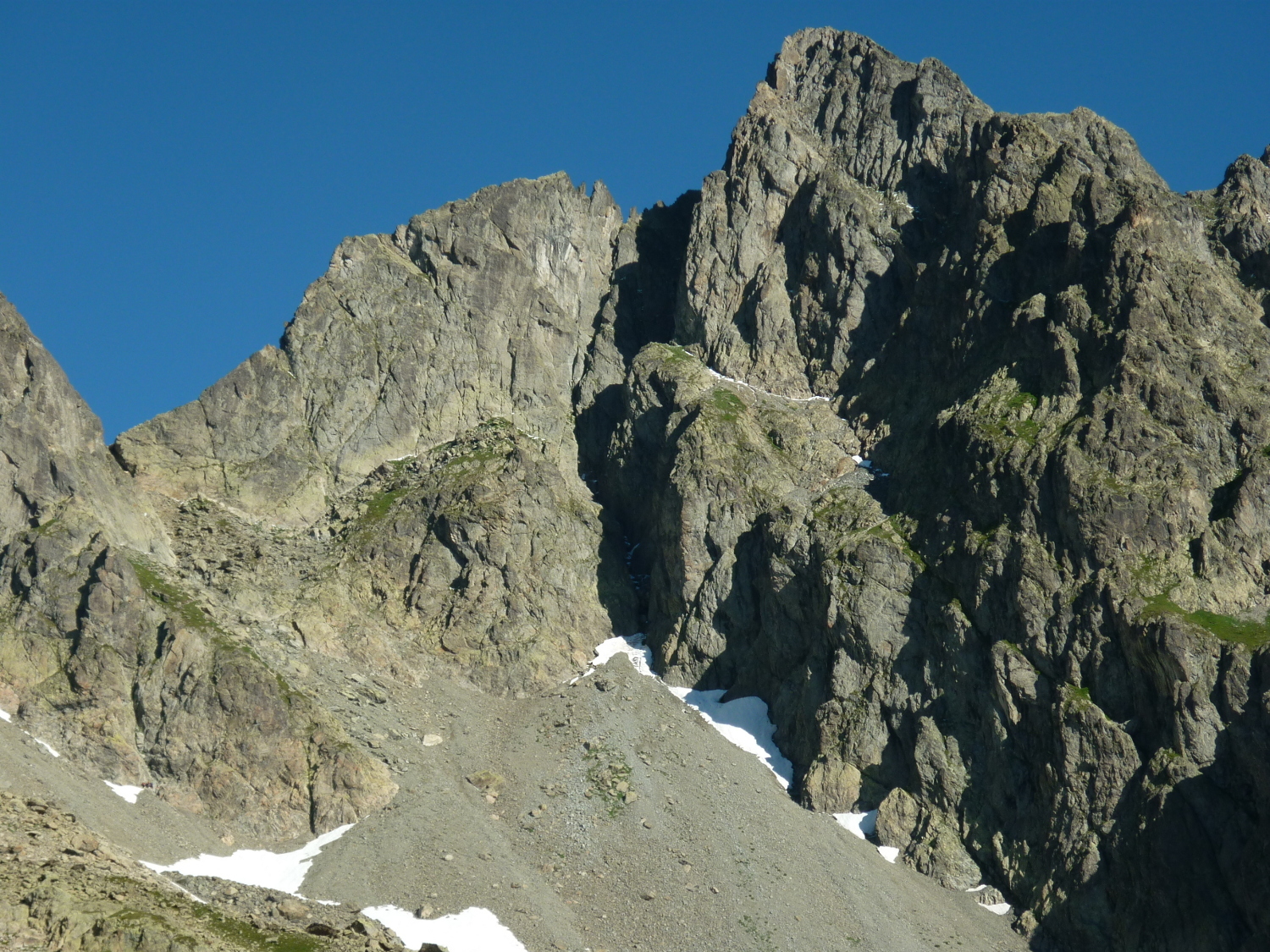 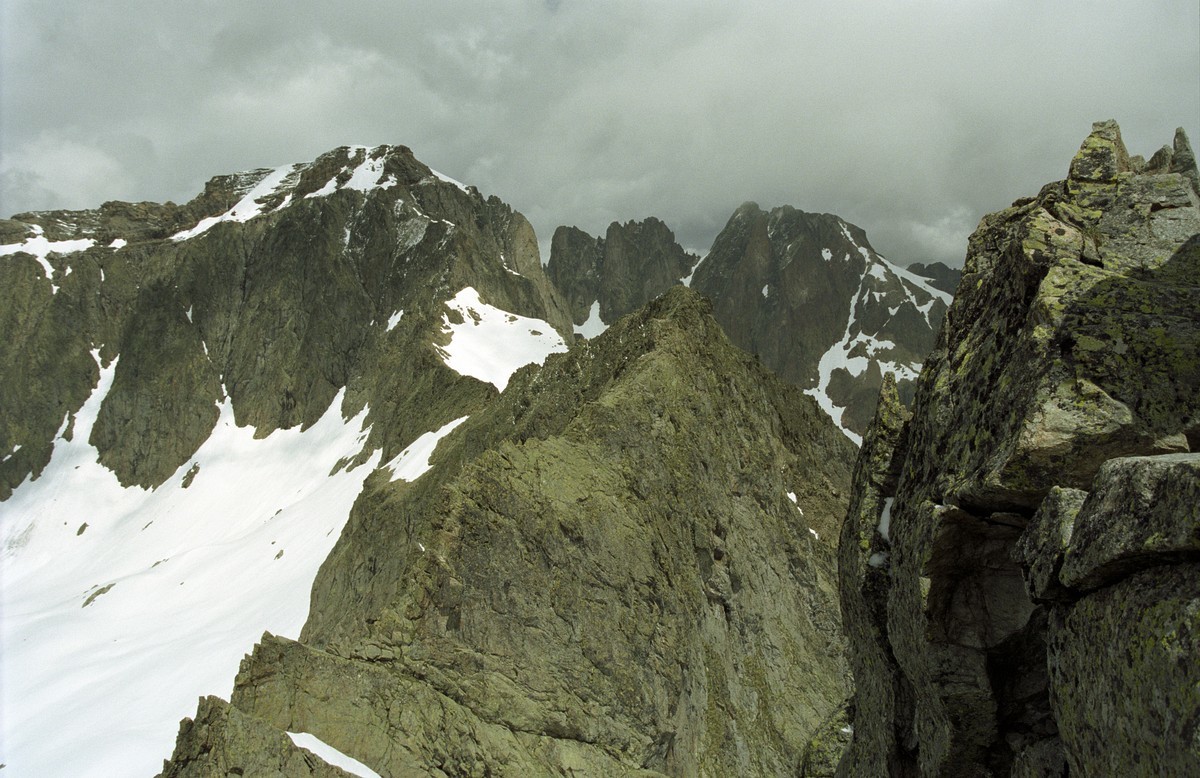 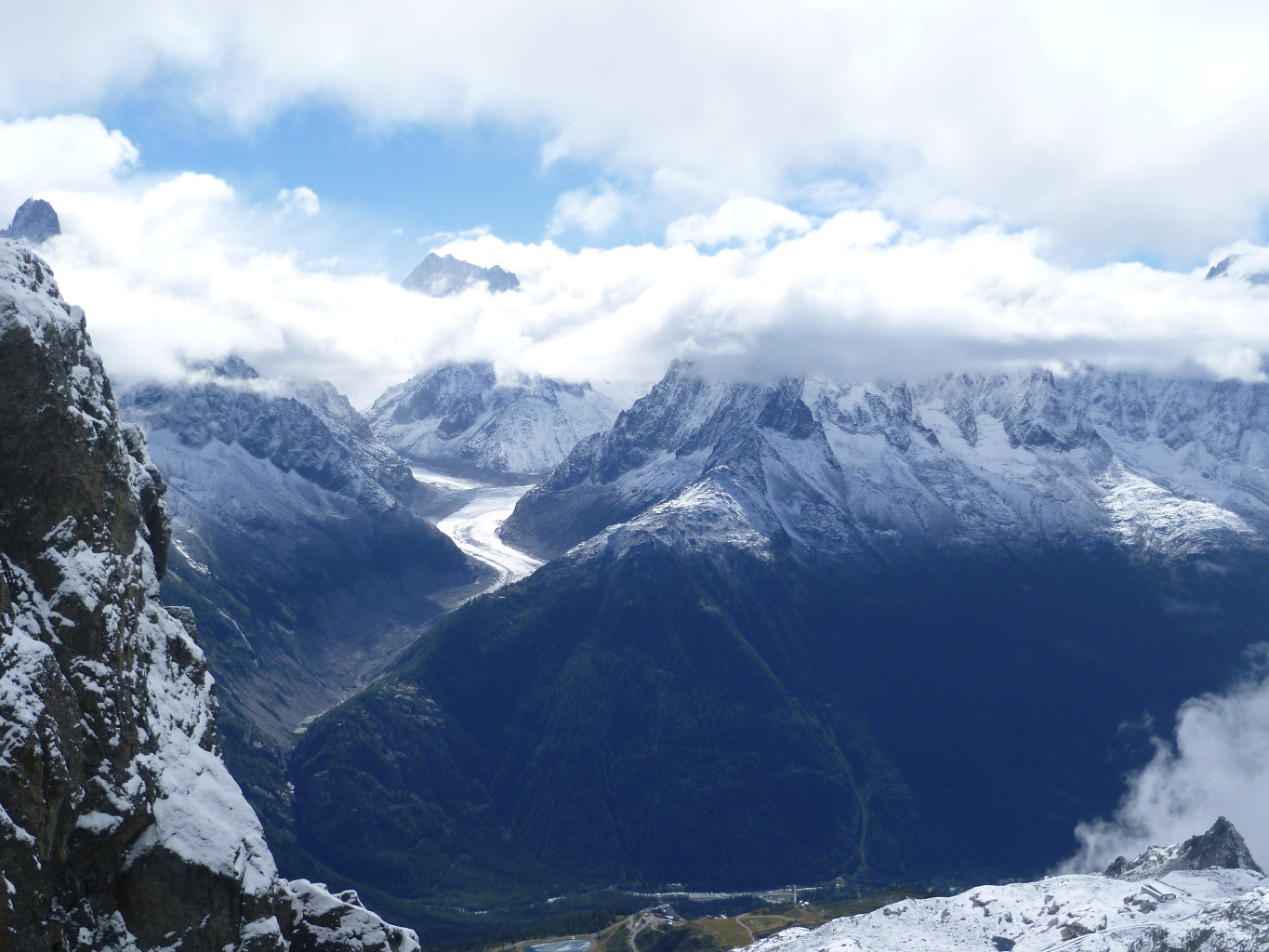 Wonderful ridge traverse with lots of fun interesting rock moves, great views of the Mont Blanc range, and straightforward access. It is one of the classics of the area, very popular in summer.

From the top of the Index chairlift (2385m) take the path at first down a little bit, then a rising traverse N along the base of steep rock (Aiguillette de la Floria) to the top of the Floria drag-lift. Continue rising traverse N at first under steep rock (lower slopes of E face of Grande Floria), then across an open slope (snow in early season). Down a little to get below the base of rocky rib (bottom of Pointe Gaspard) then climb steeper to start up into the wide gully/couloir along its N side (much snow in early season, often still some snow/ice later) which ascends (mostly 35-40 degrees, perhaps steeper in the last 20m) roughly W up to the Col des Crochues (2701m).

After going up a little in the gully/couloir, it may be safer (less time exposed to rockfall) to move R to its N side, toward the bottom anchor bolts of the climbing route “Lux”, later back L into the gully.

From the Col do not take the line of the ridge but make a traverse (slightly rising) along the NW side about 60-80m to an obvious chimney/dihedral (slanting a bit L). Climb this (about 30m, could be split into two pitches) to a terrace (3c/4a). Ascend the easy rocks and ledges on the NW face, at first trending L, later perhaps R (to maximize enjoyment, or perhaps more L to save time) up to the narrow ridge/arete. Climb along the ridge (3a/3b) until reach a break (the second one?) with two anchor bolts. Descend the steep NW side by a rappel/abseil not more than 15m (or down-climb on positive holds 3a/3b). Soon after that, cross over to the SE side of the ridge. See a horizontal path along that side, but do not continue on that. Instead, after about 2m climb up the SE face to regain the narrow ridge/arete again.

Continue following the narrow ridge/arete (3a/3b) roughly NNE. A short wall and easy ledges on the NW side lead to the (highest) South summit of the Aiguilles Crochues (or this summit can be bypassed to save time). From here descend easily to a niche and climb the ridge to the middle summit. Descend to the NE and then back upwards easily to the North summit of the Aiguilles Crochues.

Several possibilities depending on conditions and desires: