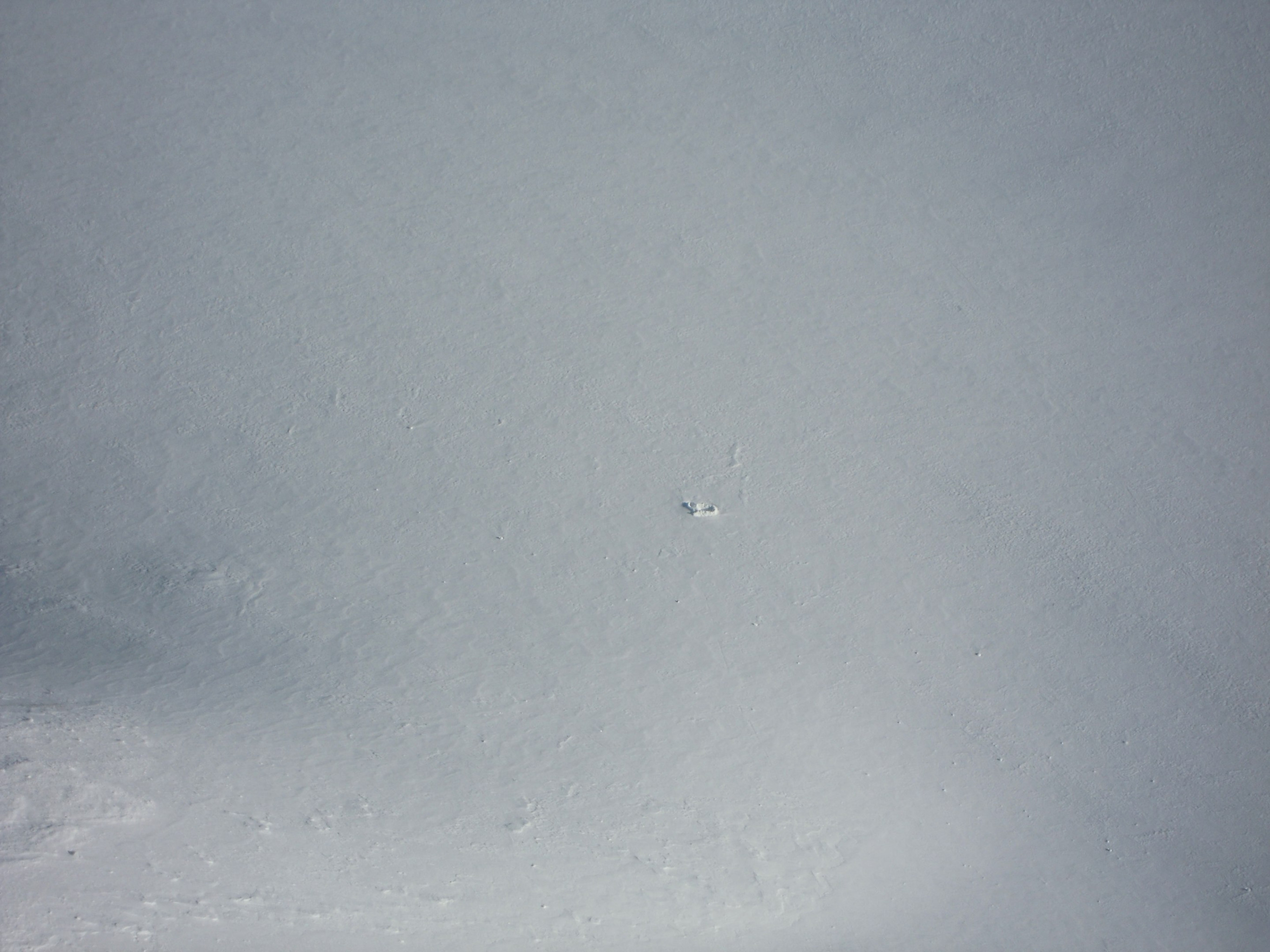 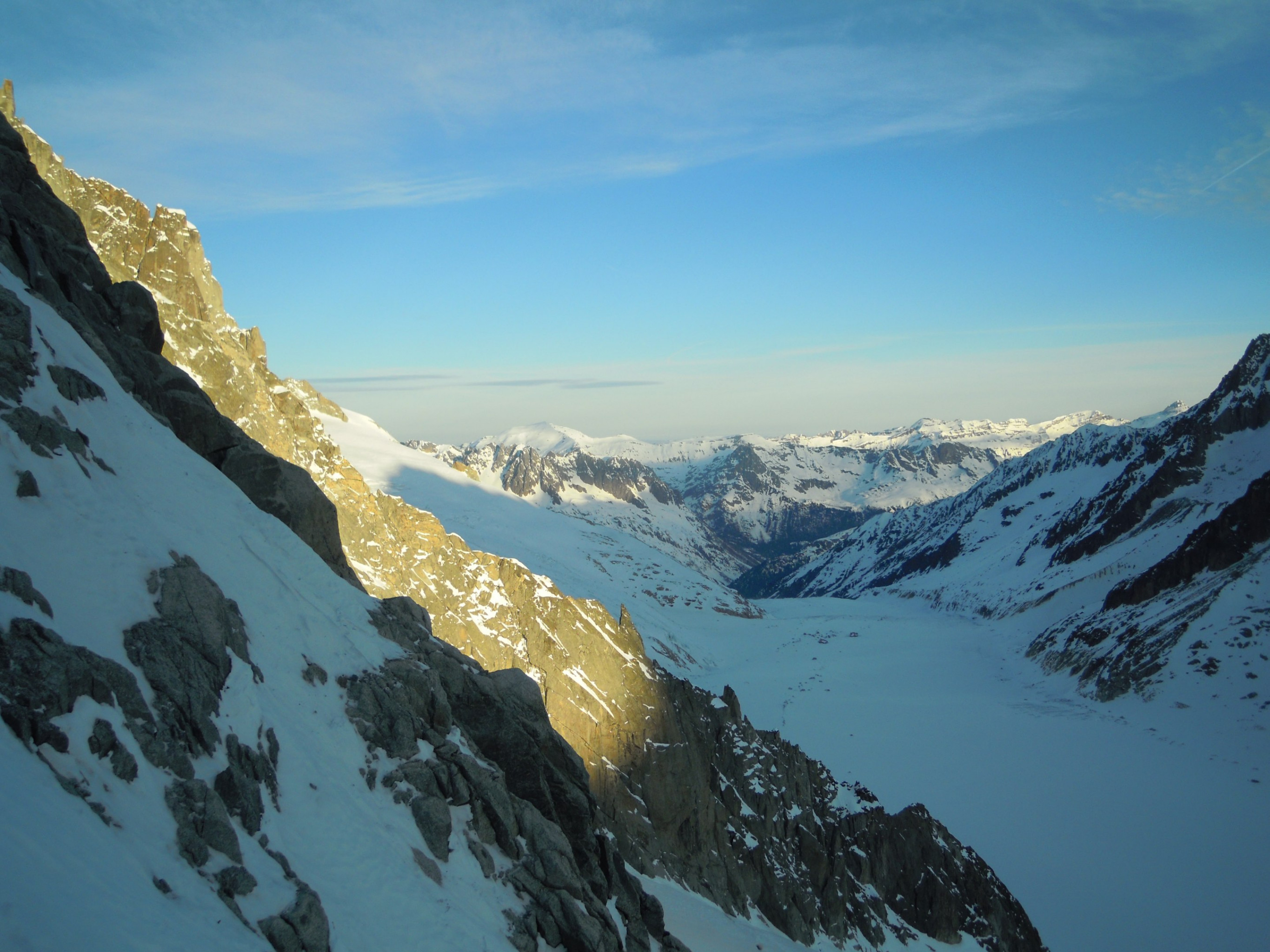 Definitely the most beautiful route of the face because it is the most direct. For both the ascent and descent, belaying in snowy and glacial ground is one of the keys of this route. The Suisses route has become a classic route, to be travelled when the snow has sufficiently stuck to the face, generally at the beginning of spring.

From the hut, descend on the glacier and traverse it towards the south in the direction of the north face of Courtes.

Cross the bergschrund plumb with the large central depression. Go up the first snow slope via the right or rather the left of the rocky spur starting just above the bergschrund. You come under the first steep sequence that crosses it (75° max depending on the conditions, 50m). Be careful, this reigel channels the snowslides in the event of recent snowfalls or strong wind on the ridges. Then go up a beautiful snow slope for approximately 200m to the foot of the second steep sequence of the face (65° max, 20m). Once you have crossed this steep pitch, there are still 300m of face to climb. The route faces north, slightly east, therefore leave very early. .

Descent # From the summit of Courtes 1h30 to 4h00 depending on the conditions.

From the summit of Courtes, traverse towards the SE in the direction of the corridor of the NE slope of Courtes. The descent of the NE slope despite its maximum 50° slope requires a great deal of care. The least lack of attention can be drastic.(a little equipment in-situ on the banks, but not continuous!) Check on the snow conditions on the slope (different orientation from the ascent route) and the frost quality of the snow, the slope gets the sun early in the morning. If the bergschrund is too open, at the bottom of the slope pull to the left bank until the rocks (rappel in-situ; check its conditions! ). From there to find your skis for the descent to Argentière.