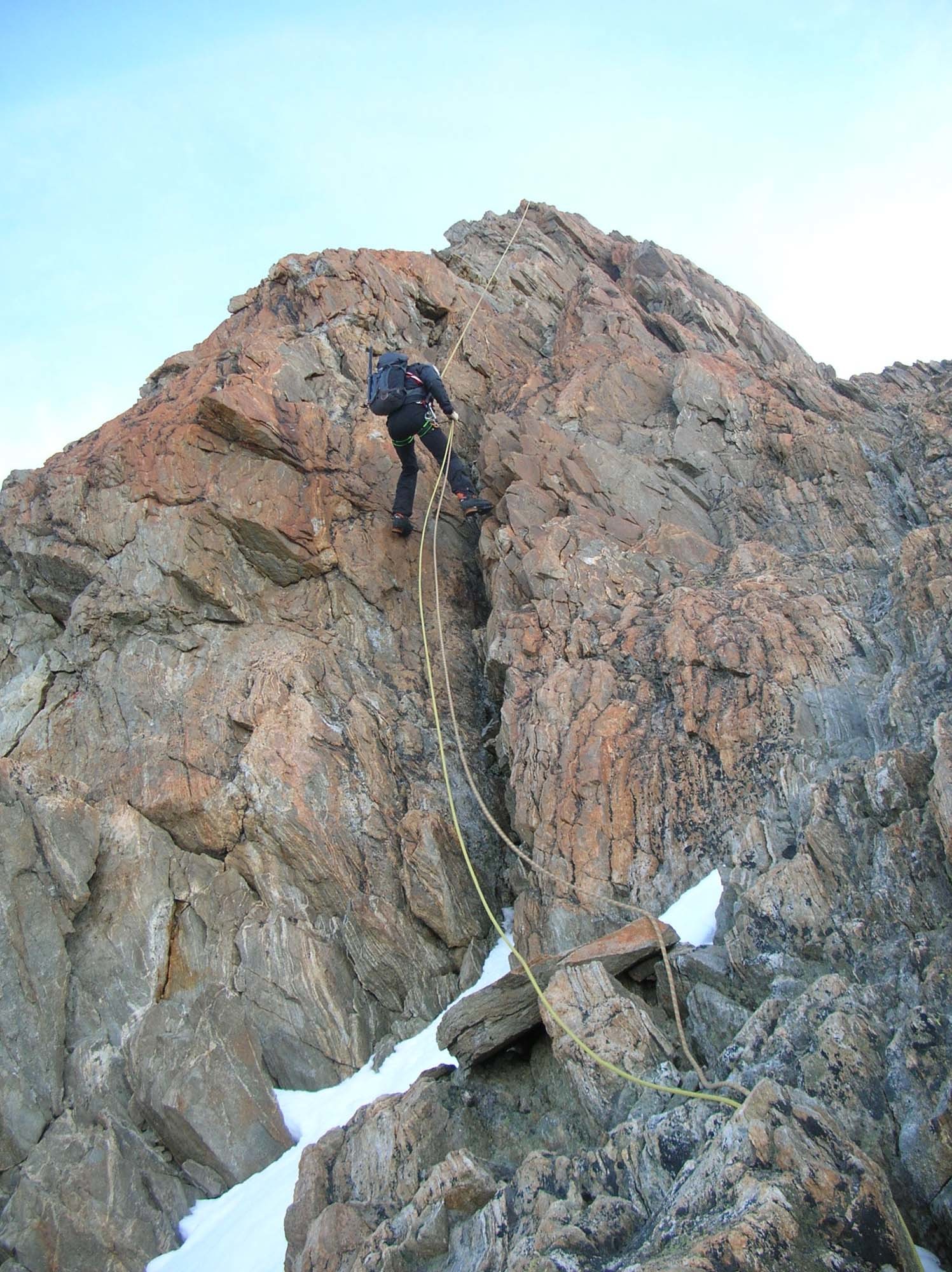 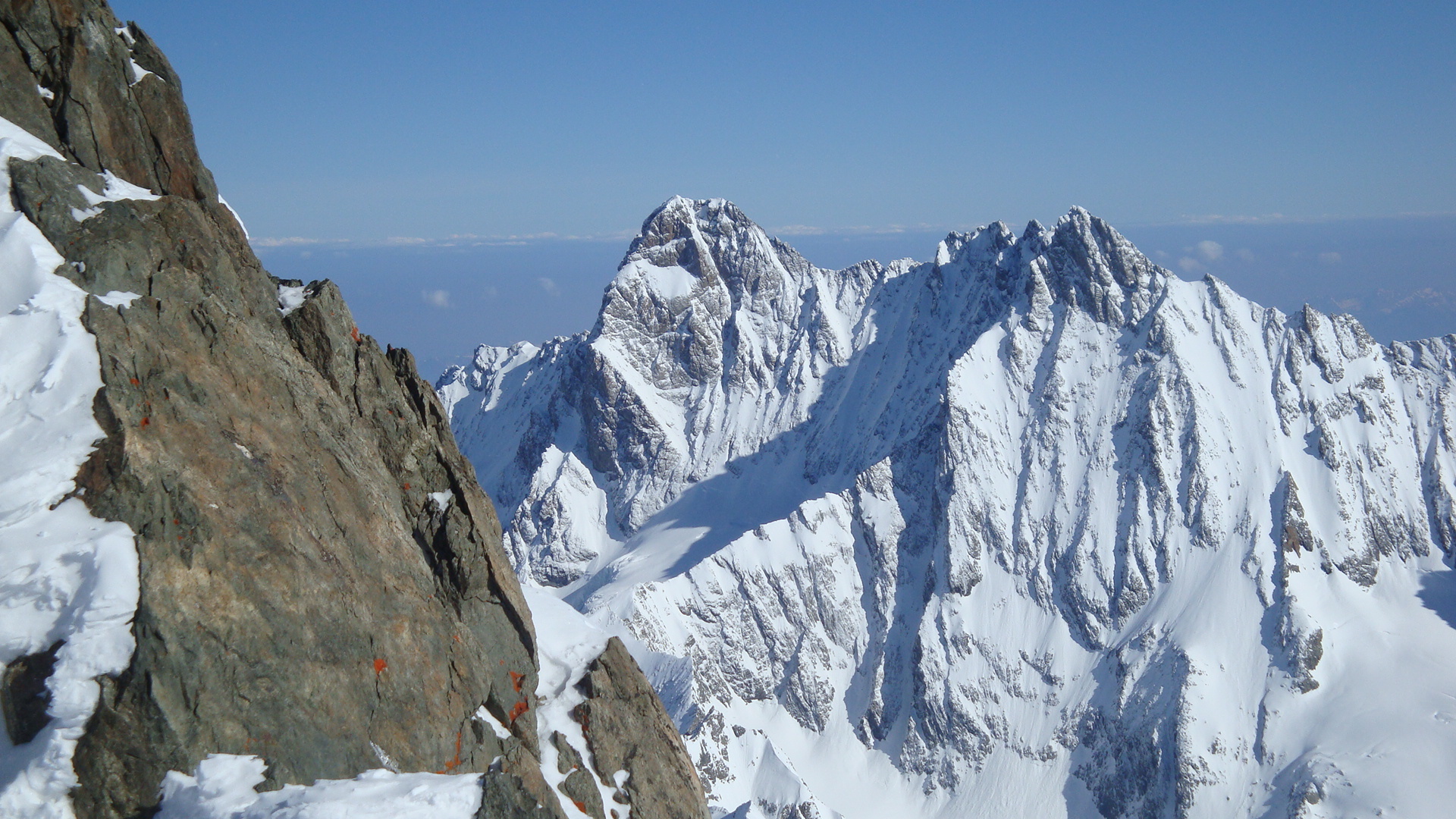 From the Schreckhornhutte, go down to the glacier, and walk up the true right bank for about 1km, until a spur with rock and boulders above it. The foot of a diagonal ramp is marked with a large cairn (with in, Sept 2010, a white “helmet” on top.) This is the start of the path to Gaag. GPS coordinates 650852 - 158203.. There are a lot of cairns at the start of the ramp and a rope in place after the traverse. You join the old path to the Strahlegg Hut and follow this to a junction at about 2550m. There is a cairn here with a yellow and black marker on top, (in 2010). Go to the left, direction NNE, (ignoring the path straight on, SE, with red markings.) After climbing upwards for 600m, the faint path arrives at a rock dome known as Gaag. From Gaag, go onto the glacier avoiding the crevasses by keeping to the true left bank. This leads to the foot of an obvious ramp leading to the SW ridge (3h-3h30 from the hut).

Cross the bergshrund, (can be awkward,) to reach the ramp and climb up its lefthand ridge or, if there is enough snow, go up a gully on the right, steep but straightforward in good nevé. On reaching the actual SW ridge, follow this, mostly keeping to the airy crest, with nice climbing (3b with a few short passages of 4a, e.g last pitch before the summit.) From the fore summit, the ridge leading to the summit is easier, being less steep and with some snow, (3h-3h30 from Gaag).

By the same route. First abseil of 20m from the fore-summit. The rock ridge is equipped every 25m with abseil points, (about 10 abseils).

Spend some time the evening before to work out the start of the route from the hut, as it can be difficult to follow in the dark. There is picture of the correct way in the hut. The ridge dries quickly after bad weather. A long day, especially if you go all the way back to Grindlewald.