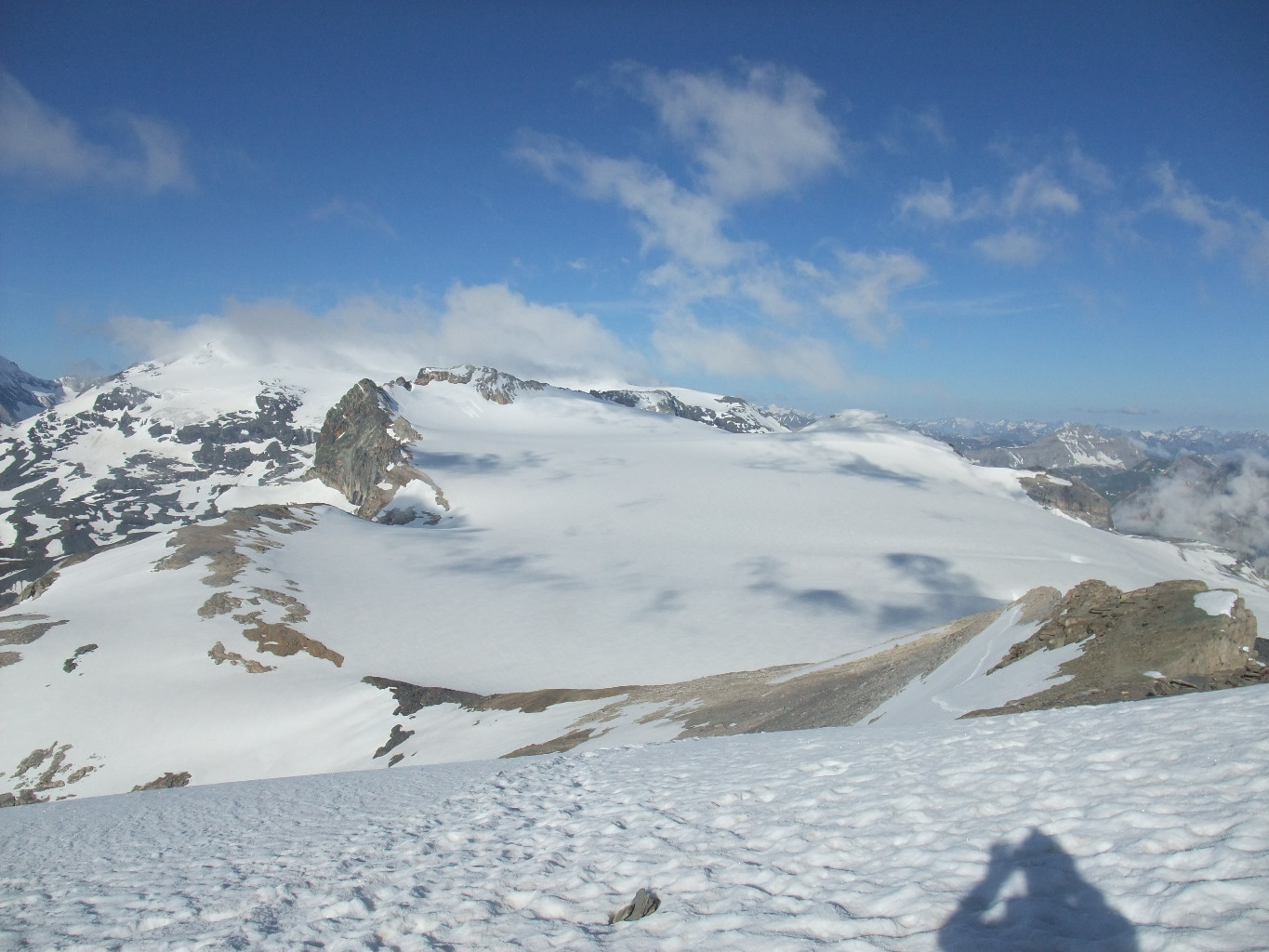 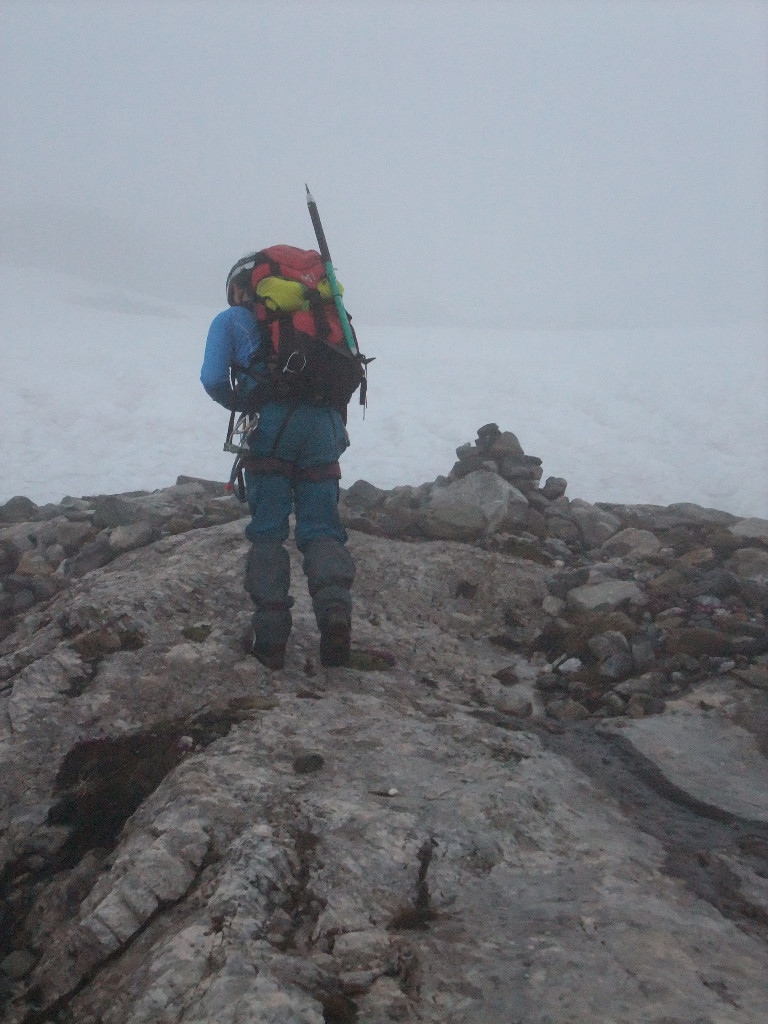 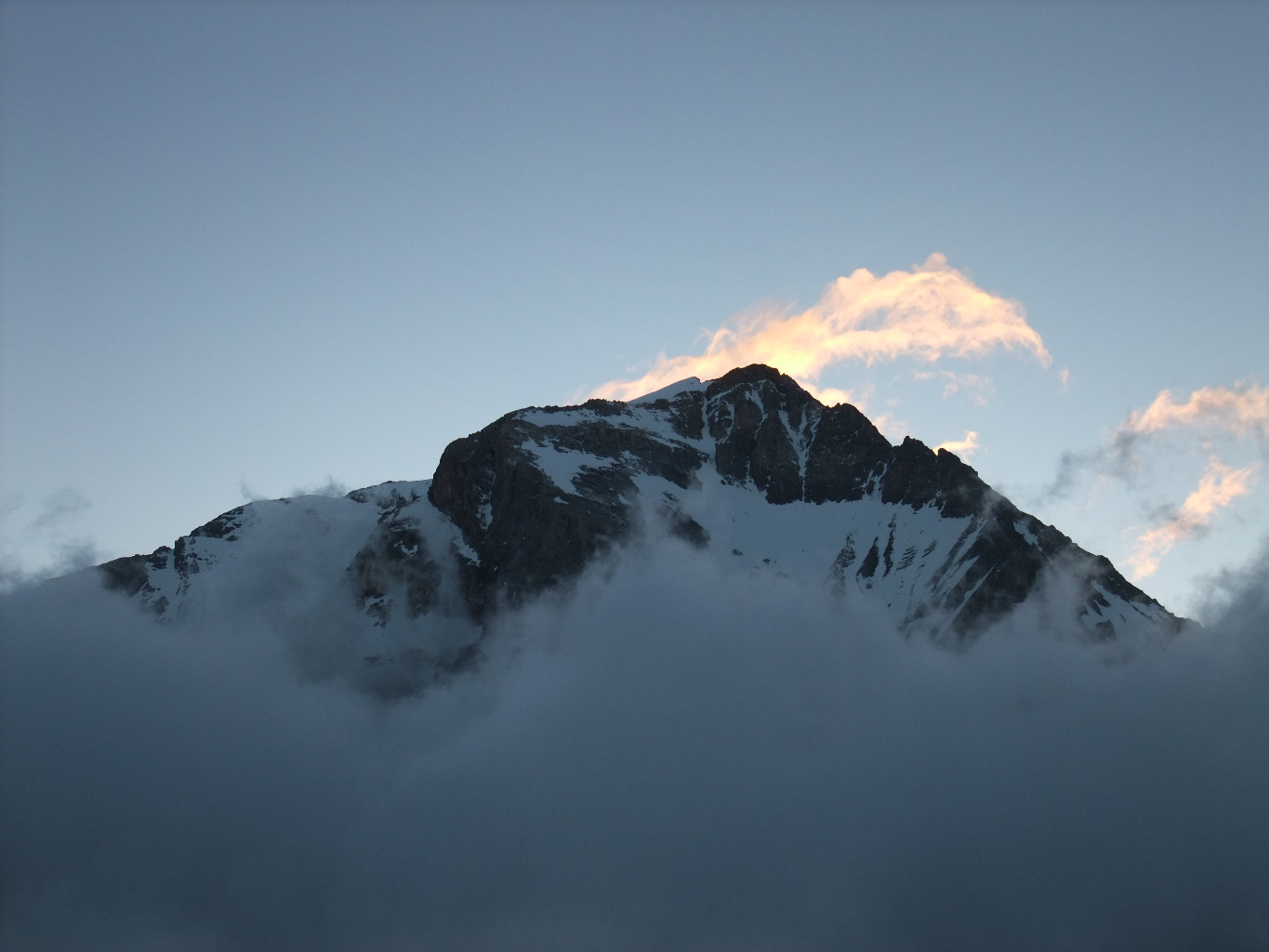 The Pointe de Réchasse is an ideal introductory Alpine peak, offering a night in a refuge, a small amount of glacier travel, an easy but nonetheless commanding rocky ridge and great views of the surrounding area.

Ascent From the refuge, follow the path that leads towards Lac des Assiettes. After about 200m (just before the lake), a small path forks off left. Take this, and initially descend into a valley, before trending right to gain a grassy nose which works its way up to the moraines of the Glacier de Réchasse. The route is very well cairned. Beware, another path (also cairned, but not as well) leads leftwards up the valley after the short descent. This will lead you much too far left on the moraines and you will need to cross over snow slopes to regain the main route. It is for this reason that it is a good idea to check the route out the night before. The grassy nose can be easily seen from just after where the path forks off.

After a while, the route gains a large ledge just below rocky bands that seem to bar the way when viewed from the start of the route. Here, there is a large cairn where the path forks into two. Take the left-hand option, which traverses the rocky barriers from right-to-left (east-to-west) whilst ascending them via scree-strewn rocky steps and slabs (of no difficulty at all). Many cairns lead the way, until finally the Glacier de Réchasse is reached. About one hour from the refuge.

Ascend the glacier on its right, gaining a shoulder at the start of Réchasse’s long ridge and between the Glacier de Réchasse and the extensive Glacier de la Vanoise. Gain the ridge by ascending a short rocky step of a little difficulty to the left (north). The initial ridge is narrower with a few rocky steps, but nothing of difficulty. Cairns lead the way, although it would be nigh-on impossible to get lost. Soon, a notch is reached where the ridge broadens out and ascends to the summit.

Alternatives This notch marks the top of an alternative route up to the ridge. Instead of following the glacier on its right, one can ascend straight towards the notch (obvious from below) and ascend rocky steps (UIAA I/II) to gain the ridge. This is slightly harder than the usual route and also misses out the first section of the ridge, which is arguably the most fun. A bolt exists at the top to either belay from our abseil back down.

Another alternative, which avoids all but some of the scrambling, is to carry on over the shoulder at the start of the ridge onto the Glacier de la Roche Ferran. Descend this, following the right-hand (southern) side of the ridge, which soon deteriorates into scree. Before the glacier ends and the slope steepens (at around 3050m), a path leads up this scree to gain the broader end section of the ridge near the summit.

Descent Any of the ascent options can be used in descent. The easiest is probably to return to the notch on the ridge, where a bolt is present that can be abseiled off (15m) to gain the Glacier de la Réchasse. Cross the glacier to regain the moraines and retrace your steps to the refuge.