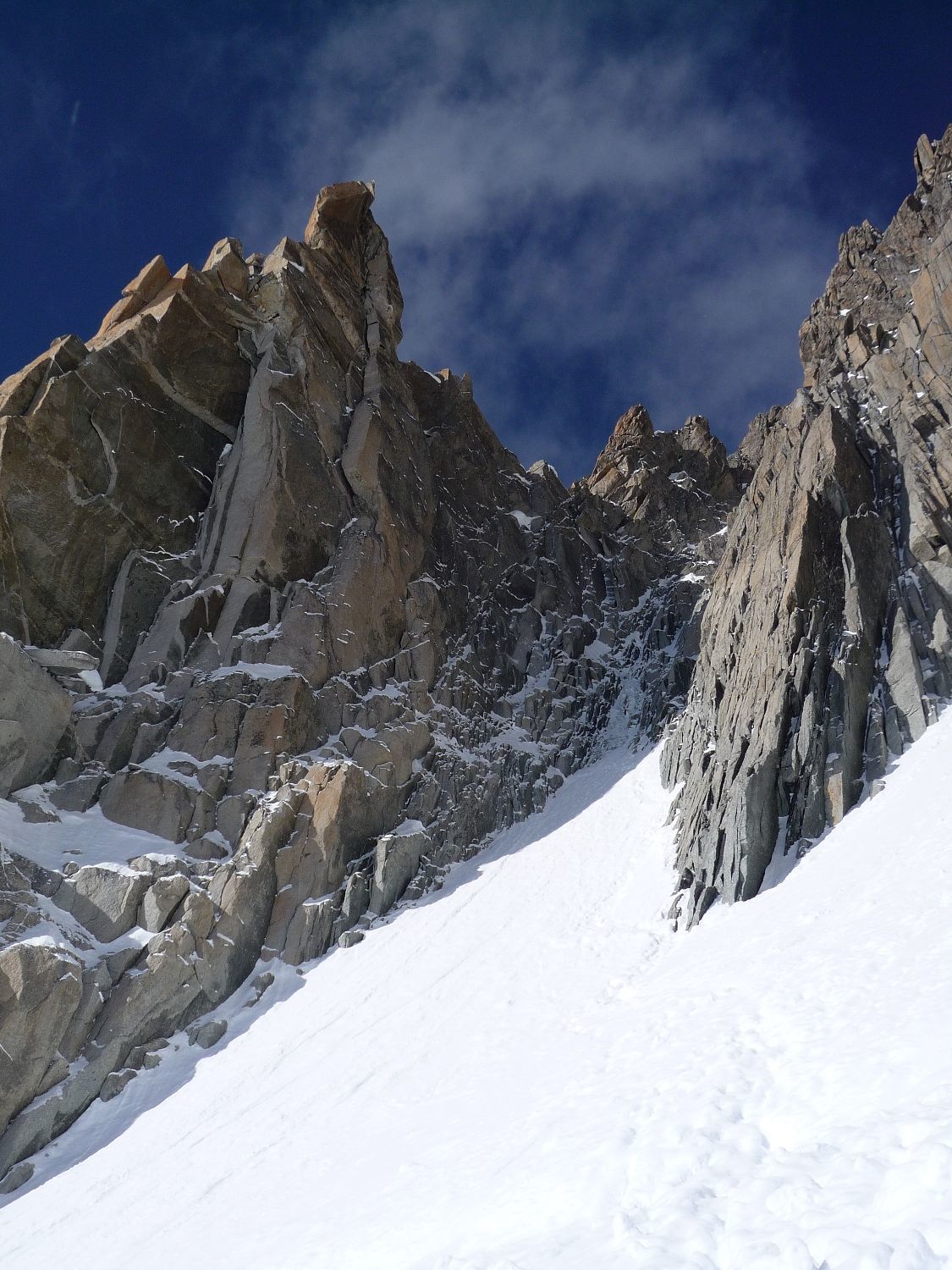 The route goes up to the right of the main spur of the Pointes Lachenal, to the left of some slabs with cracks, (Contamine route).

From the snowy col it is possible to go to the summit of the Pointes Lachenal by snow slopes (45°) and easy mixed climbing.

Either abseil back down the route or via the summit and the normal route.

There are two extra, in-situ belays on the route. The first, not very useful, is to the left of the start of the snow slope in pitch 3. The second is just before the rock climbing section on pitch 4, useful for belaying the leader on the crux. Pitch 4 can be avoided by climbing the slightly overhanging wall just above the belay, (good holds, easier than it looks, 20m at 5a) to reach a little col 15m lower than the original exit.