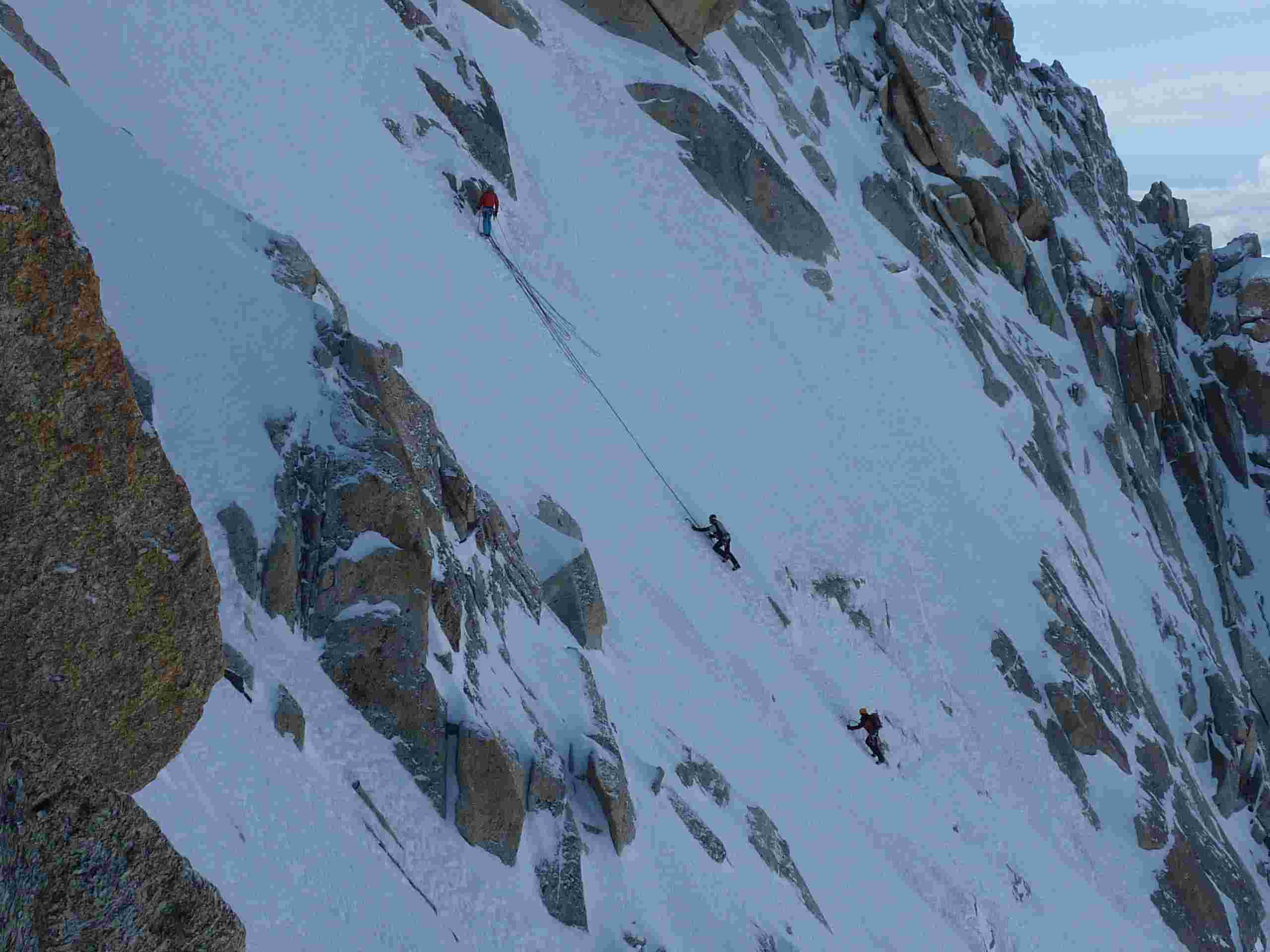 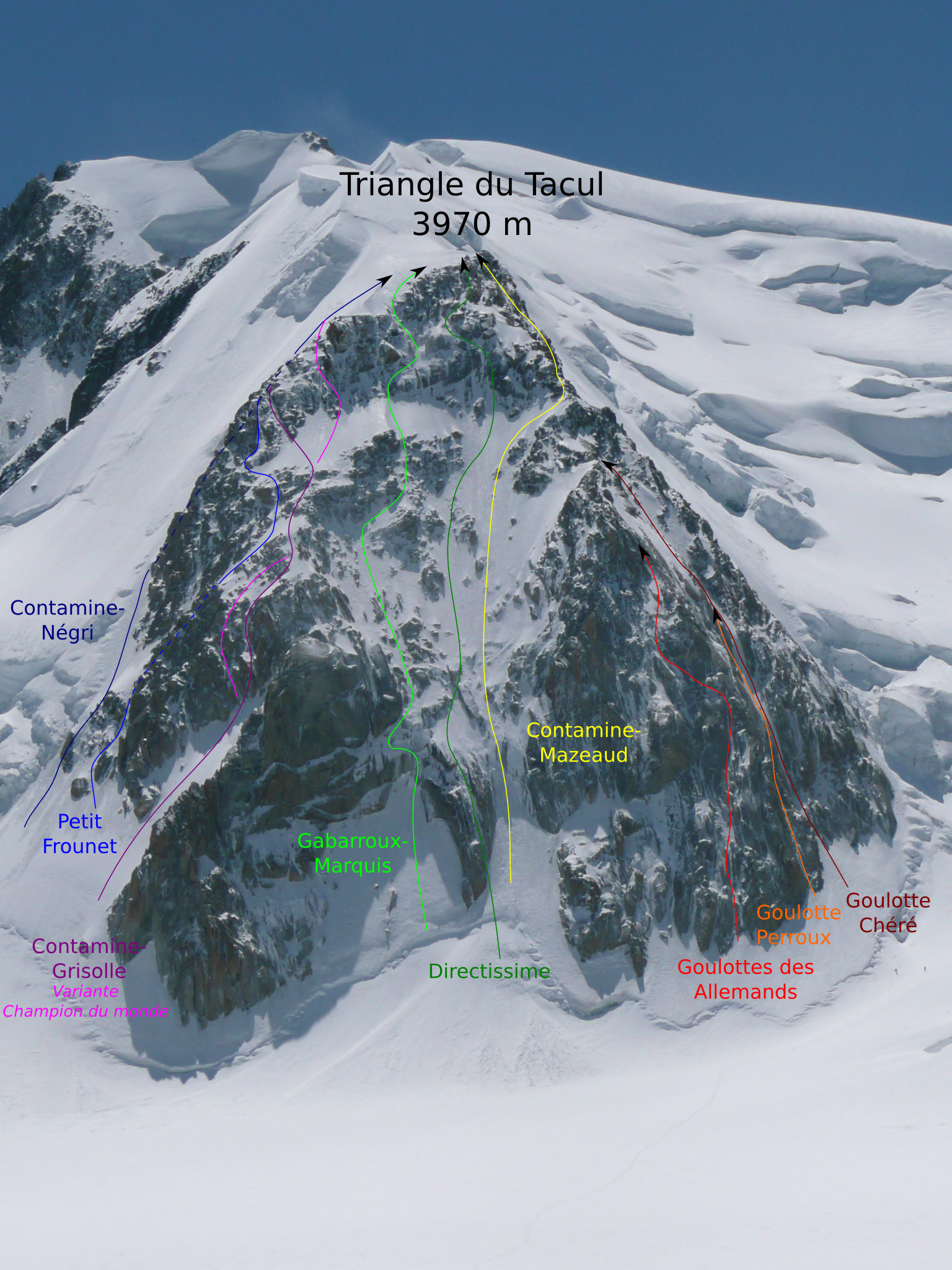 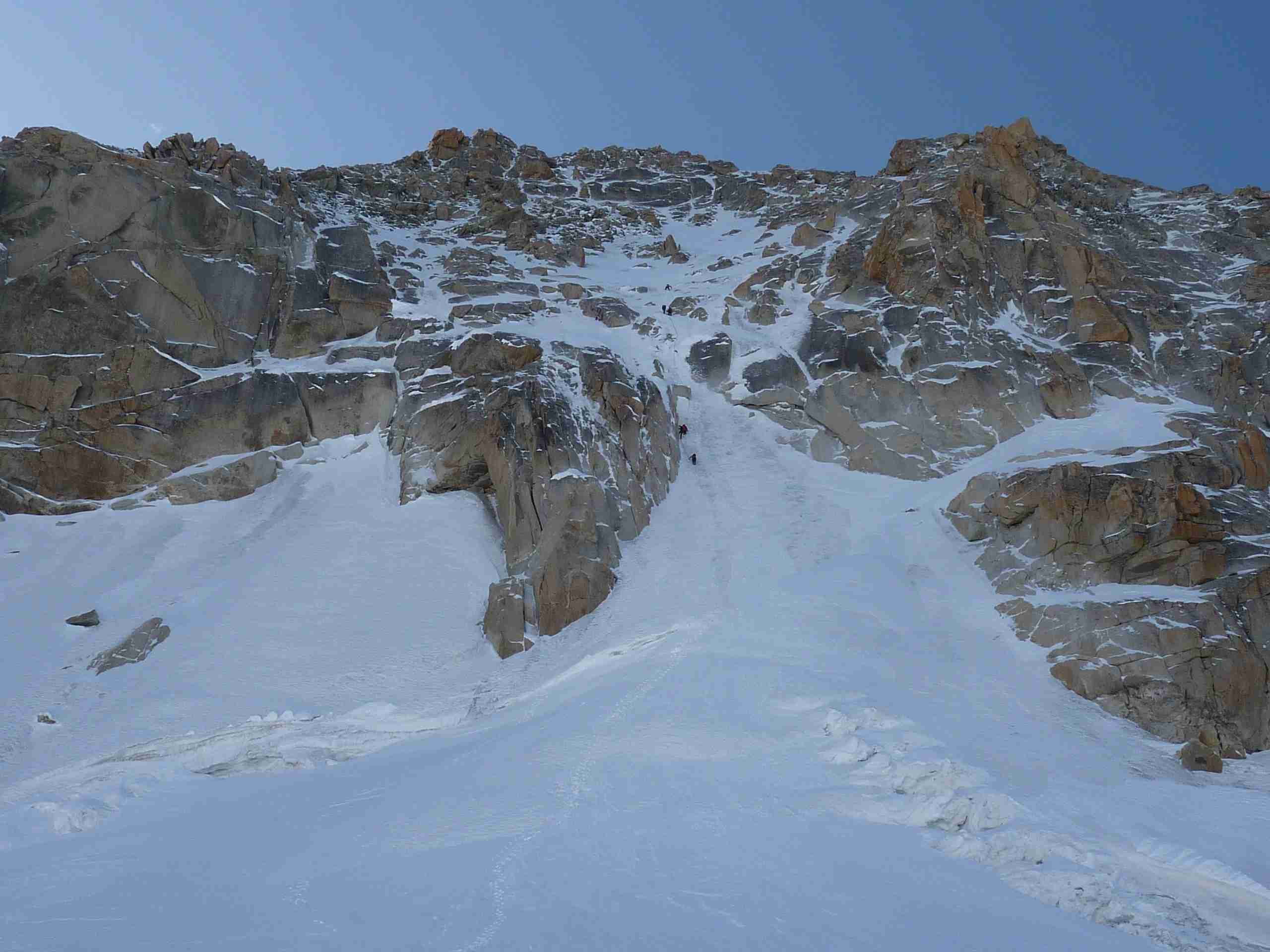 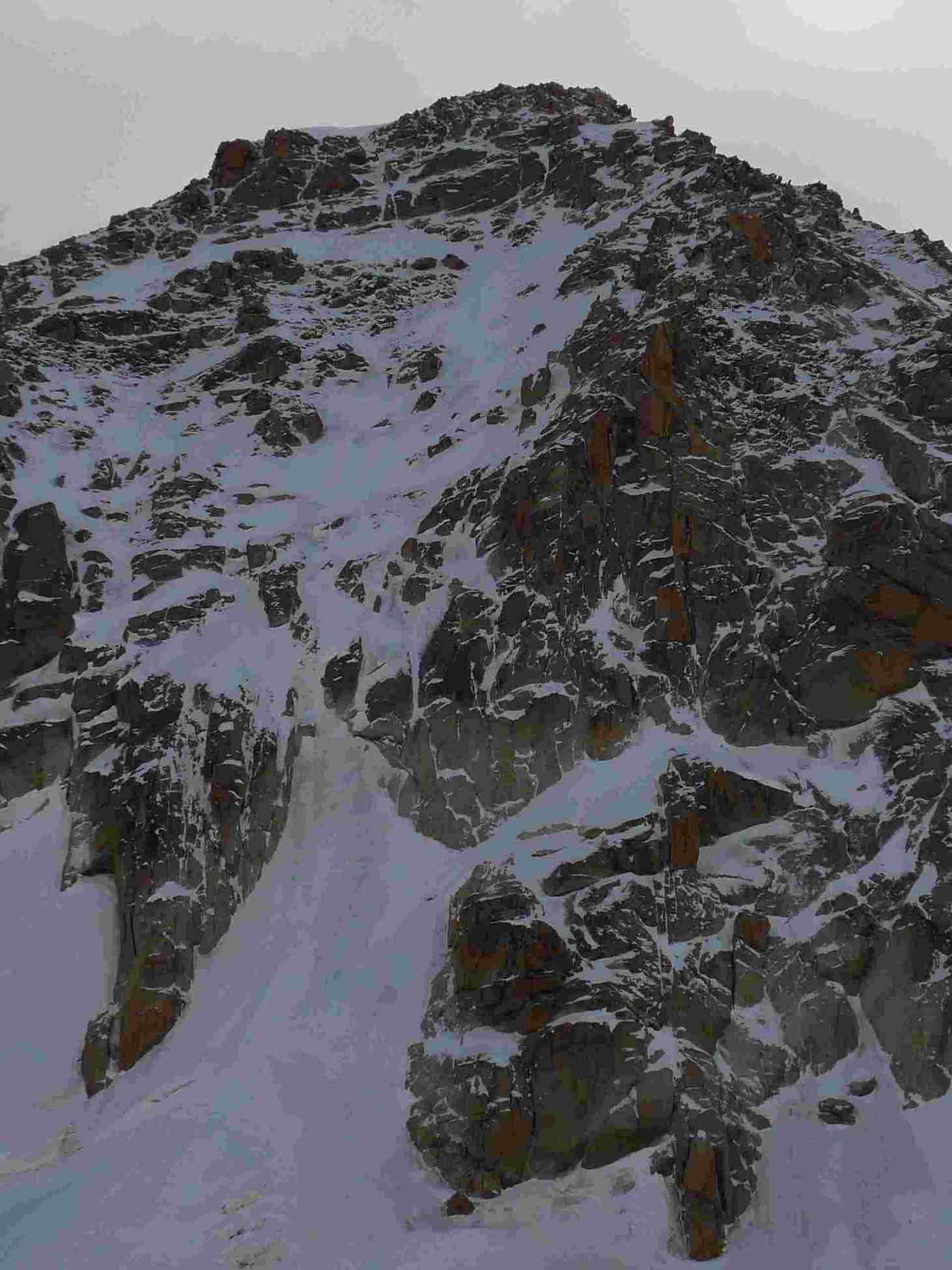 Beautiful route to reach in an more original way the summit of Mont Blanc du Tacul, via a terrain slightly more technical than the normal route. Less travelled than its neighbour Goulotte Chéré.

From the upper station of Aiguille du Midi, descend to Col du Midi (3532 m). Go up completely south towards Triangle du Tacul, to the left of the normal Mont Blanc du Tacul route. Go up the snow slope, on the right of the rocky spur descending very low completely in the centre of the face of the Triangle. From the summit of Aiguille it takes 45 minutes to 1h15.

Pass the bergschrund in its highest point to reach the summit of the snow slope. Avoid the rocky steep pitch by making a traverse in ascent towards the left until a small snow slope (60°). Continue straight, pass a small rock reigel (50 to 65°) and emerge on a broad snow or ice slope. Go up the slope vertically on two pitches then start an ascending traverse towards the right to reach a rocky shoulder on the ridge (maximum 55°). Climb the ridge on three easy mixed pitches without moving too far away from the edge of the ridge to easily reach the summit of the Triangle du Tacul. From the bergschrund to the summit of Triangle du Tacul takes 2h00 to 3h30.

Access to this facet is very fast via tram, but do not forget that you top out not far from 4000 m and 4248 m for Mont Blanc du Tacul.

The moderate difficulty and easy access make this a good route for improvement and acclimatization to altitude ground.

Get information on the stability of the snow, both for the facet itself, and for the descent route via the north face of Mont Blanc du Tacul.