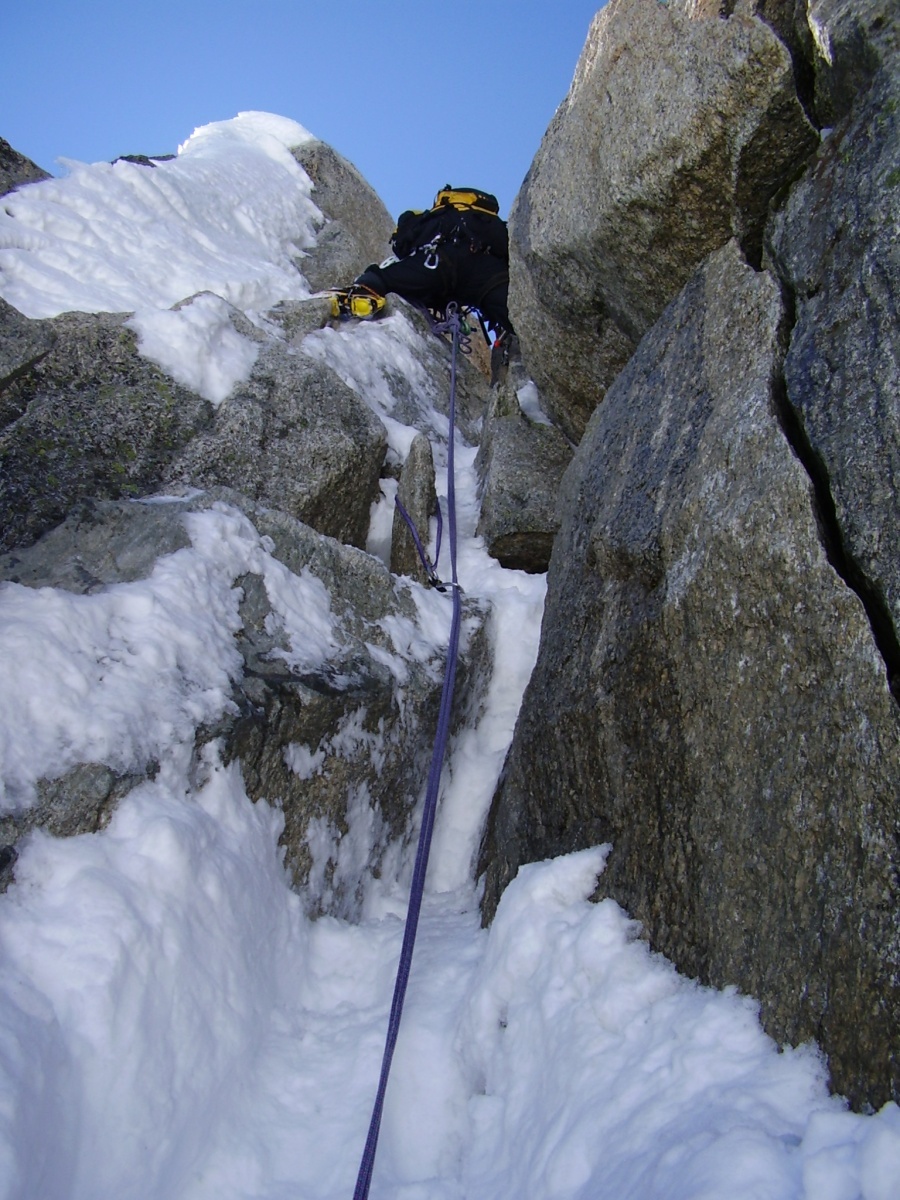 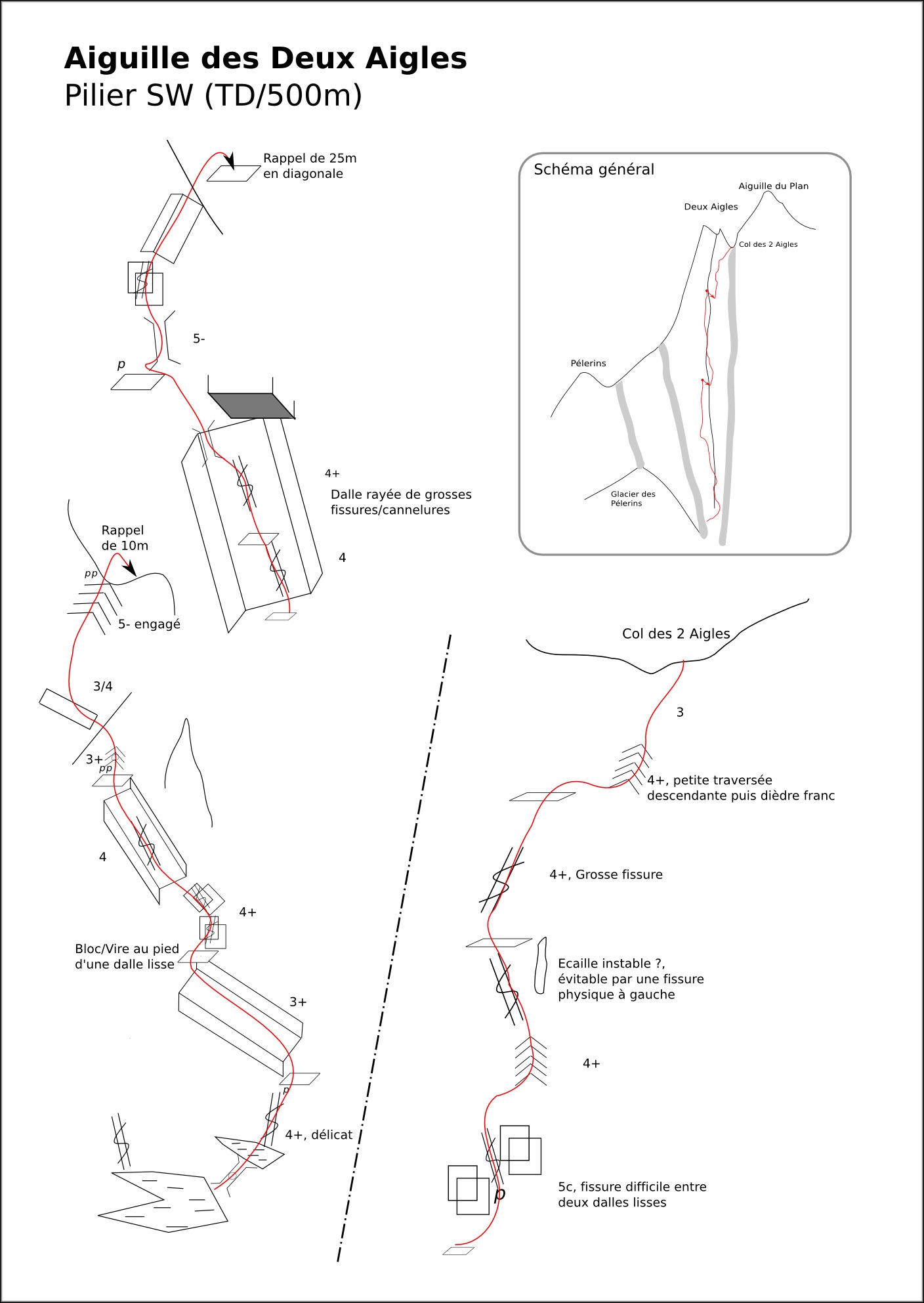 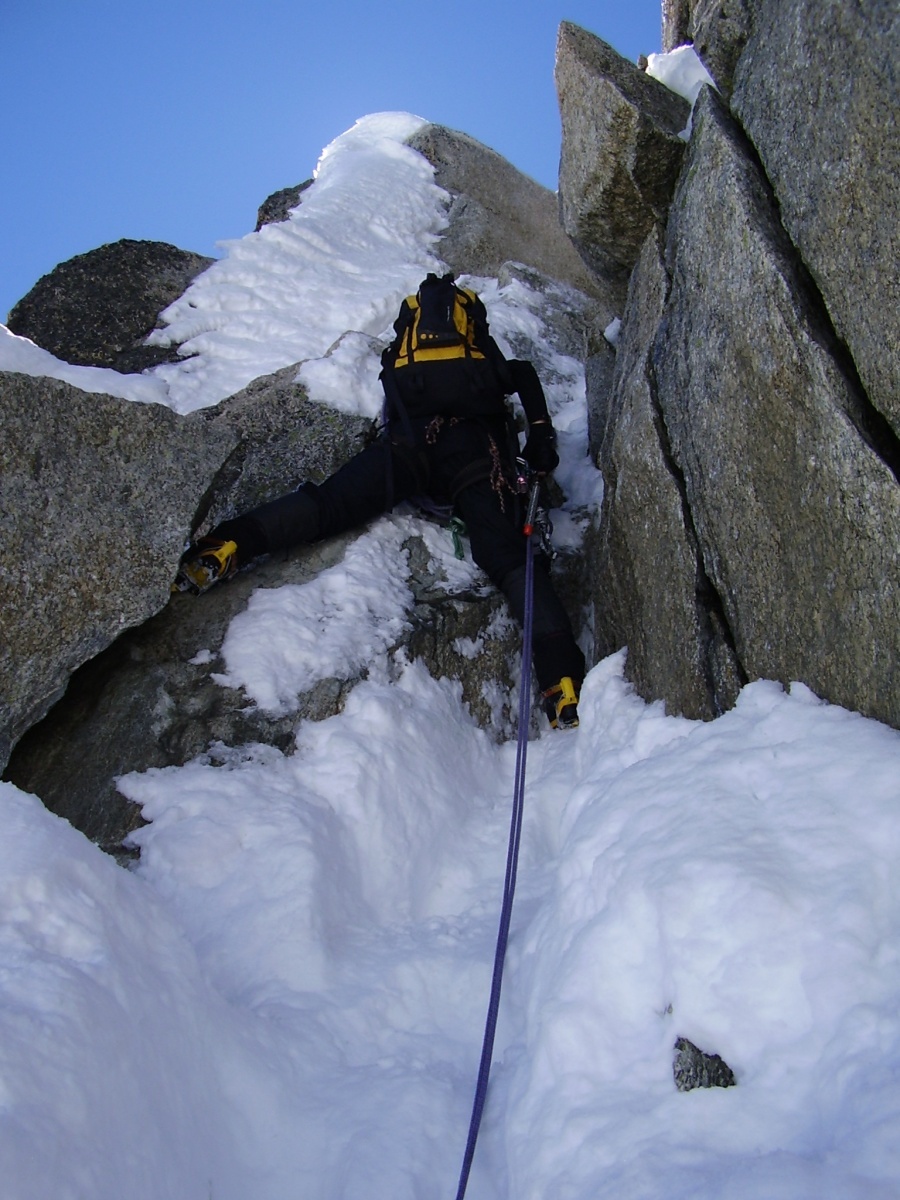 From the top station of the Aig du Midi cable car.

From the Aiguille du Midi cable car station, follow the ridge W->E towards the Aig du Plan. Firstly pass a snow mound (alt. 3626 m), then reach the col du Plan (alt. 3475 m) by a narrow ridge, (the descent is quite steep.) Pass onto the Chamonix face and make a rising traverse to the E; some easy rocks then an exposed slope of snow/ice (25m). Continue along the rocky ridge to reach a snow gully leading to the Rognon du Plan (alt. 3606 m).

From the summit of the Rognon, follow the ridge until an abseil of 15/20m, or make a descending traverse to the N to find a crucial hole in the rock which allows one to pass back onto the S side, just at the foot of the abseil. On the SE side, (facing the Envers), make two abseils of 30m, (slings in place) and/or a bit of down climbing, to reach the Col supérieur du Plan. Go along the ridge to reach the foot of the final rocks and climb these to reach the summit, (a passage of 4b near the top).

By the same way to the Midi station

Variant 1: The Rognon du Plan can be turned on its left. (traversing well beneath the rocks) by a 100m snow gully to the right of some large seracs. N.B. the gully gets the sun early in the morning, not recommended in very warm conditions.

Variant 2: After the Col du Plan it is possible to avoid the first rocks of the ridge on the Envers side, if the Chamonix side is too icy. Pass a bergschrund, sometimes very impressive, then a relativly steep snow slope until several pitches of rock on the left end with about 20m of III/IV then onto the ridge and an abseil of 25m to join the normal route.

Descent to the Requin Hut

It is also possible to go down the Envers Glacier from the Col Supérieur du Plan to the Requin hut and so onto Montenvers. Attention however as the glacier is heavily crevassed and may become impractical, depending upon the season.