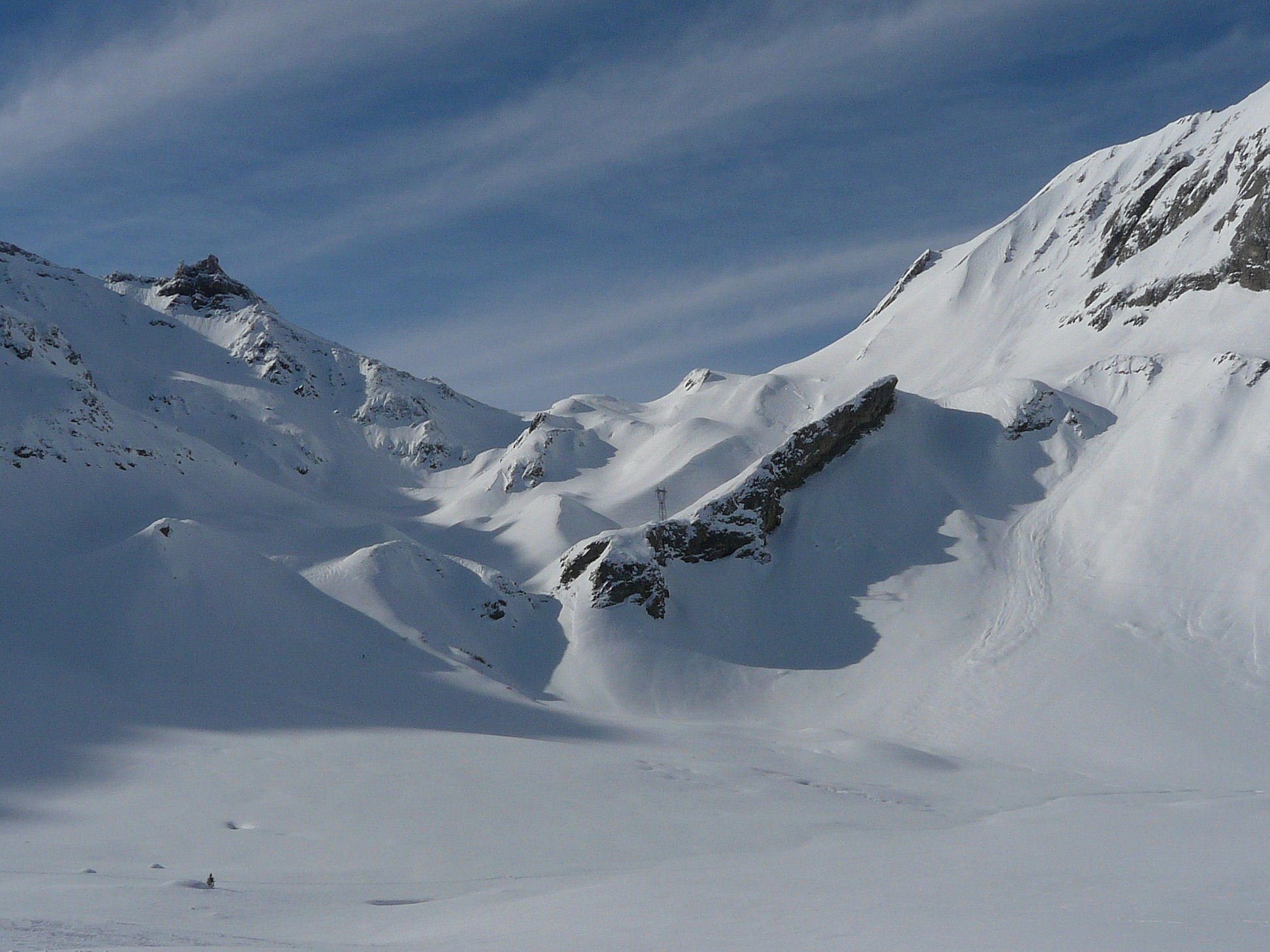 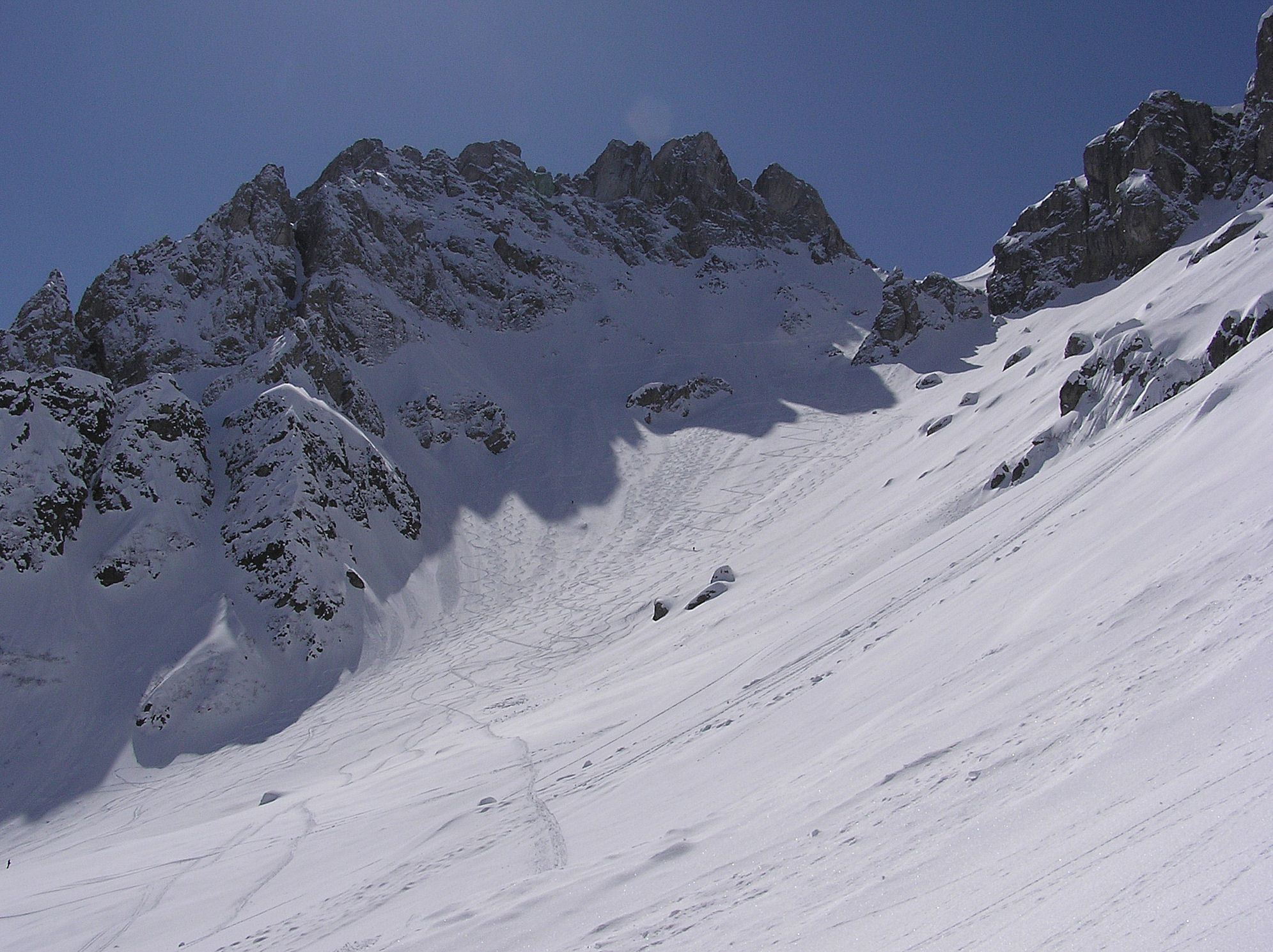 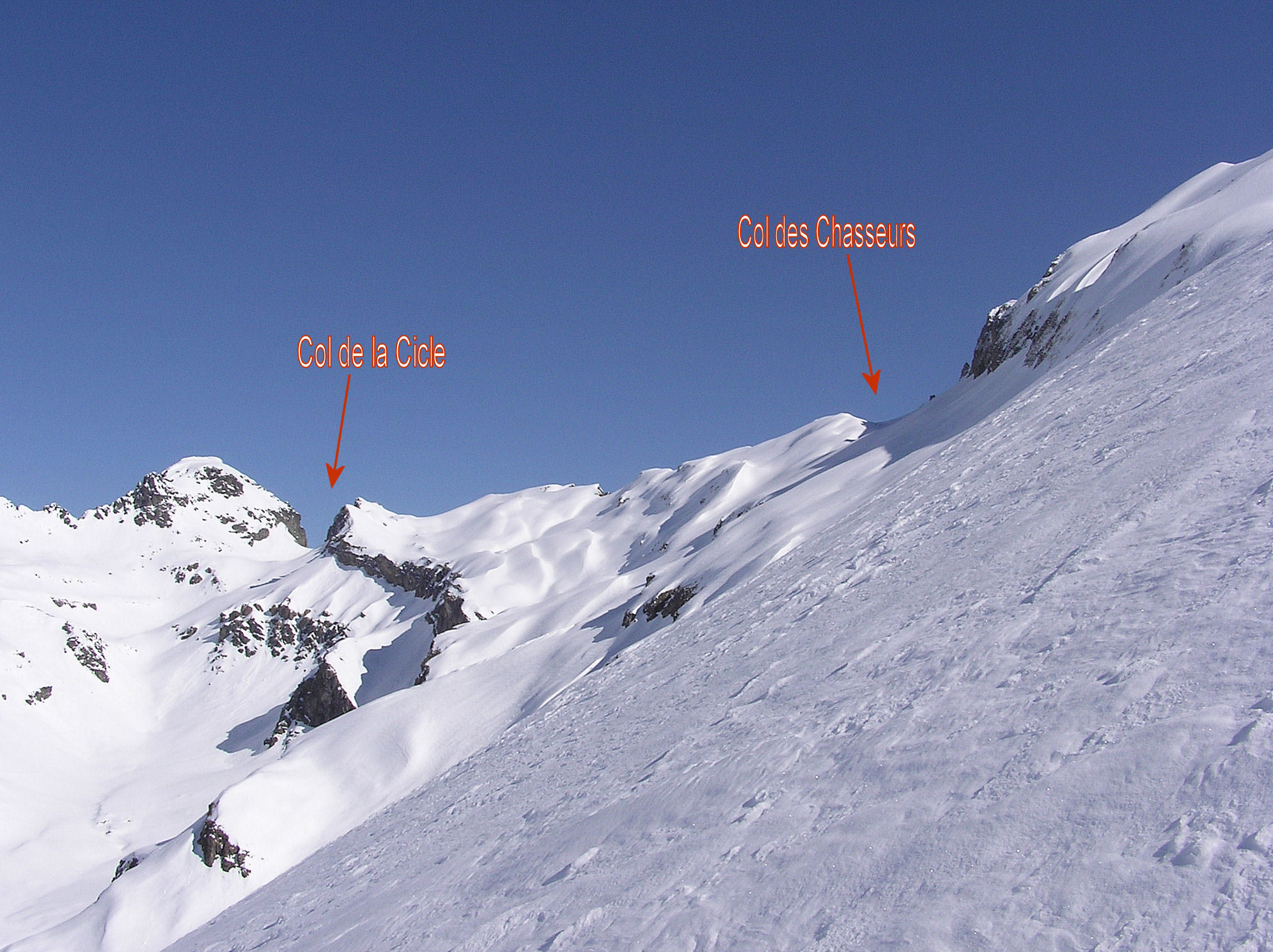 From the parking just beyond the Telecabine de la Gorge, cross the Bon Nant river and go along the track for 300m to opposite Chapelle de Notre-Dame de la Gorge 1210m, (bridge.) Go up the track on the true right bank, (Roman road, often iced, crampons sometimes useful!) You cross a Roman bridge, (worth a closer look) to reach the hamlet of Nant Borrant and a long flat area, la Rollaz (1530m). Follow the track until La Balme (1706m, (private hut, closed in winter and spring). Climb up a little shoulder to the SW of the chalets then to the S to near a pylon. (Keep to the left to avoid avalanches coming down from the Roches Franches to the right). Descend a little, behind the pylon and by a short traverse reach the flattish area of the Plan Jovet. Go up to the SE and bypass a large rock band by a little shoulder on the true right bank of the Bon Nant, (until Tumulus 2043m). Traverse the Plan des Dames to the S then go up a little cwm more steeply to the SW. At 2250m go at an easier angle to the S to reach the col.

By the same route. Depending on conditions, one can ski down most of the gullies and snow bowls to the Plan Jovet.

The Roman road down to the chapel is often impossible to ski; a sheet of water ice with protruding rocks! To long flat sections (Plan Jovet et la Rollaz) Enter them at maximum speed to minimize the poling. An extension towards the Tête N des Fours possible.