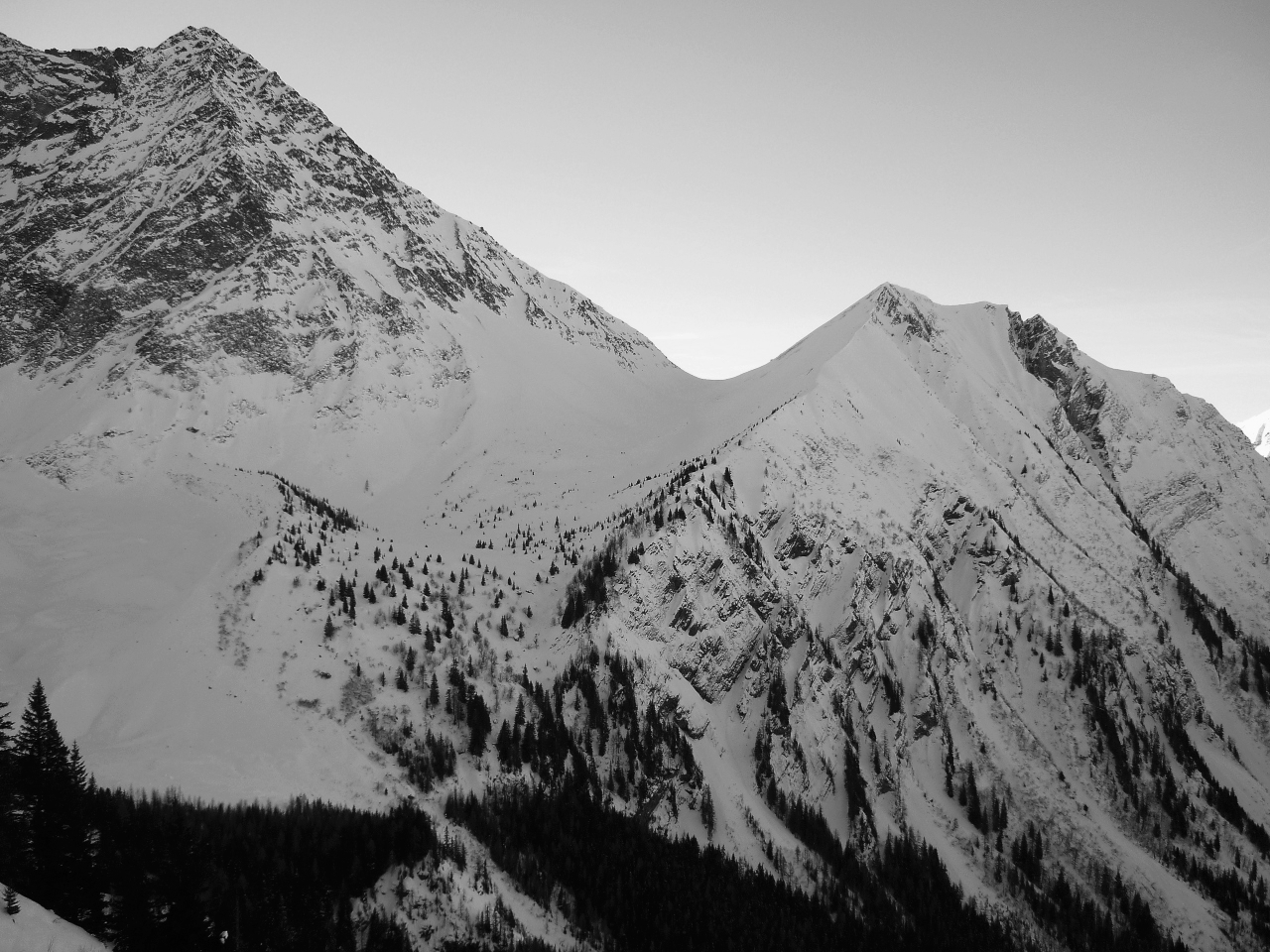 It is best to leave a car in advance at La Gruvaz, if not going on to Les Contamines

From the chalet de l’Are continue S until it is possible to descend the moraine onto the glacier, traverse it and climb up the moraine on the other side, (can be awkward). With the shrinking of the glacier the easiest way now tends to be lower down than shown on the IGN map and involves climbing up into the trees shortly after the turn off for the summer path to the bridge. From the top of the moraine find a way down through the saplings, initially steep, onto the glacier. The exit is up the wooded area on the right, near the summer path. This leads into the Tricot cwm which is ascended to the Col de Tricot (2120).

Ski down to the chalets de Miage and cross the stream to reach the 4x4 track, (slightly uphill at first,) leading to La Gruvaz. Alternatively, skin up to the Chalet du Truc, (150m of ascent) and take the 4x4 track down to La Frasse. A short walk leads to Les Contamines where it is possible to catch a bus and train back to Les Houches. (3.50€ + 4€ in 2018)

The descent is S facing.