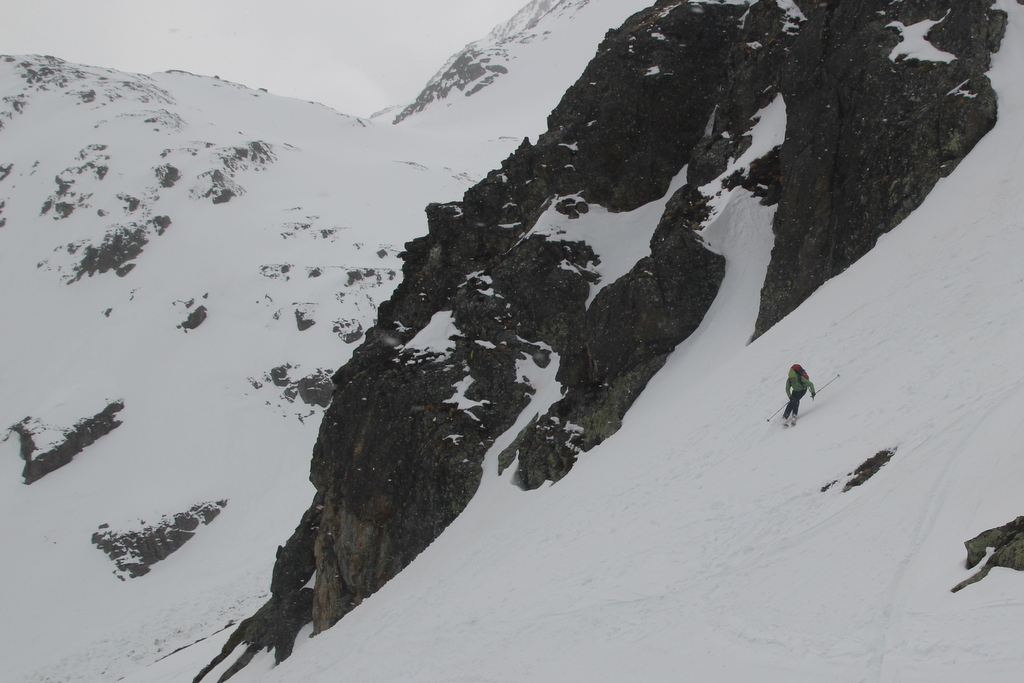 From the Oberalppass station, start with a descent by traversing the high mountain pasture called Plauncas Cuflegl at the foot of steep and avalanchous slopes to the SE then S. Be careful in heavy snow conditions, this high mountain pasture is a genuine source of large sluffs. Around 1900m, to the E of point 1831 (Surpalits), put your skins on. Heading S, you first traverse a depression and its stream. Continue primarily to the S and via gentle slopes go up a broad valley while passing through the Tgatlems and Plidutscha high mountain pastures to point 2174. Be careful in this valley as well, sluffs come down from the slopes to the W of Plidutscha. Continue towards the N until Lai Carin (2255m), to the W of Camona Maighels

From Lai Carin,head diagonally towards the W and take a steeper slope passing between two areas of small rocky steep pitches. The terrain becomes gentler around 2500m at the foot of Piz Tagliola. Continue primarily towards the W via broad slopes to reach the foot of the short S ridge (around 2900m). Travel this rocky ridge on foot (a rather exposed sequence) as far as the summit.

Traverse the summit on foot (towards the N). Around 2880m, put your skis on and head towards the NW. Then completely N from 2700m to reach Lai da Tuma. Traverse the lake or go around it via its orographical right bank depending on its state (if in doubt, go around!), towards the E. Take the narrower and slightly more steep slopes (Plaunca da Vachals) below the lake to spot elevation 2174 where you find the ascent route. You need to put your skins on around 1900m, to go back to the station of Oberalppass.

At the end of the season, when Oberalppass is open to cars, it is possible to reach point 1831. You start the tour slightly to the W of this point and avoid putting on your skins when returning as mentioned above for the winter route.

You can, of course, also return by the ascent route but this route has more flat sections.

Numerous possibilities of combinations in the surroundings. Rossbodenstock (2836m) and Martshallücke (2684m) from Lai da Tuma, Piz Cavradis (2614m) above Camona da Maighels. You can also climb Pazolastock (2740m) via its E slopes (Nurschalas Grondas) and descend towards the station of Oberalppass via its NE slopes.