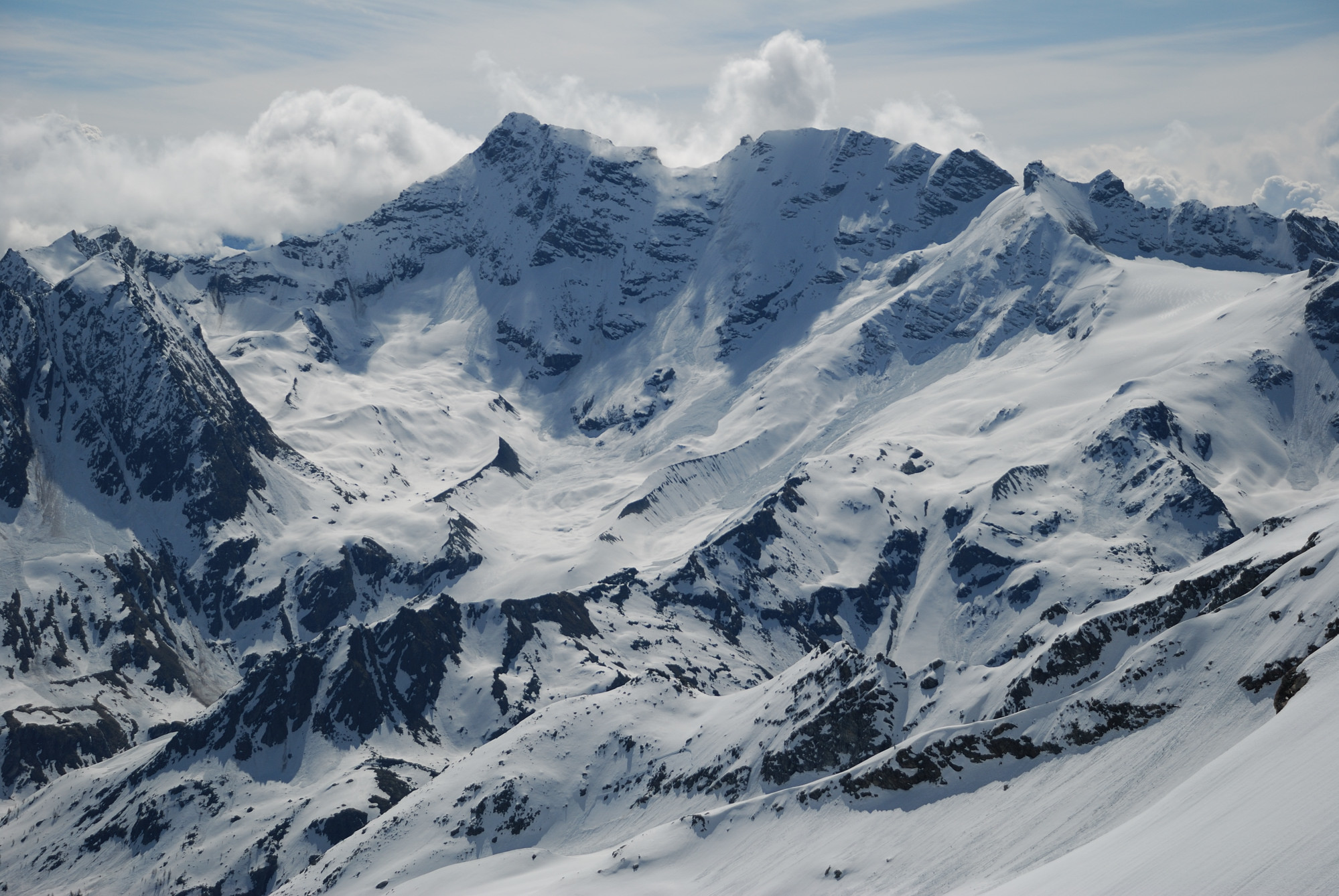 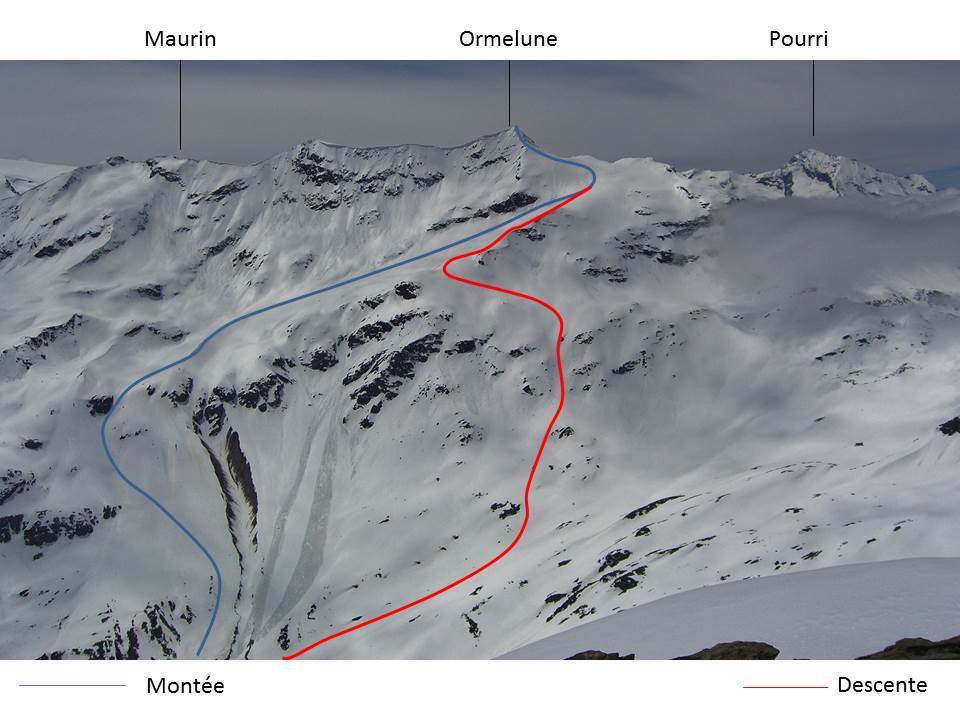 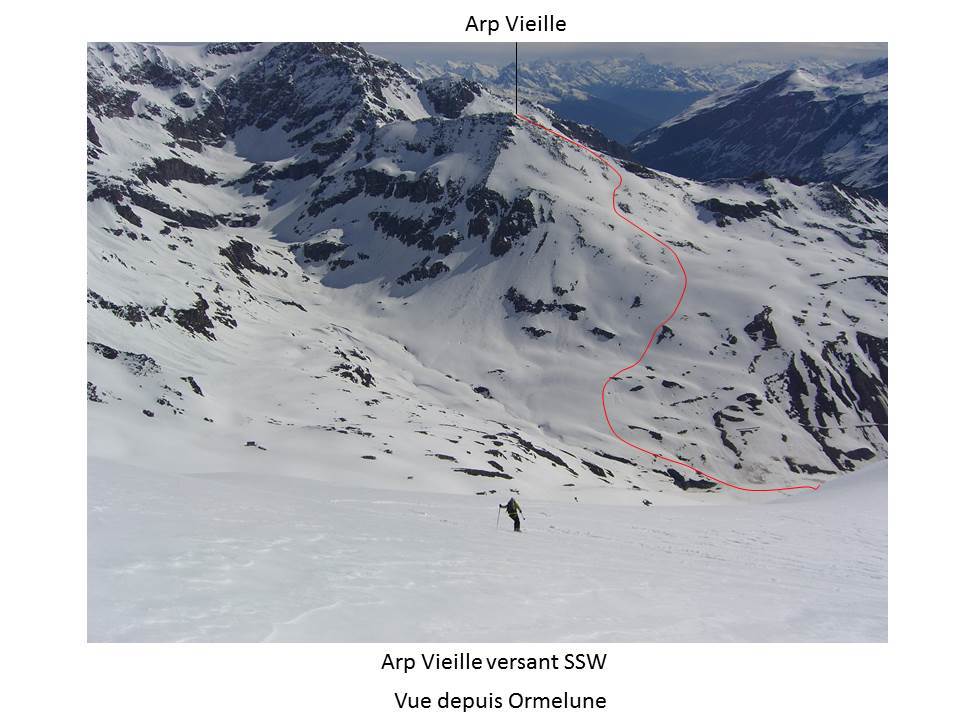 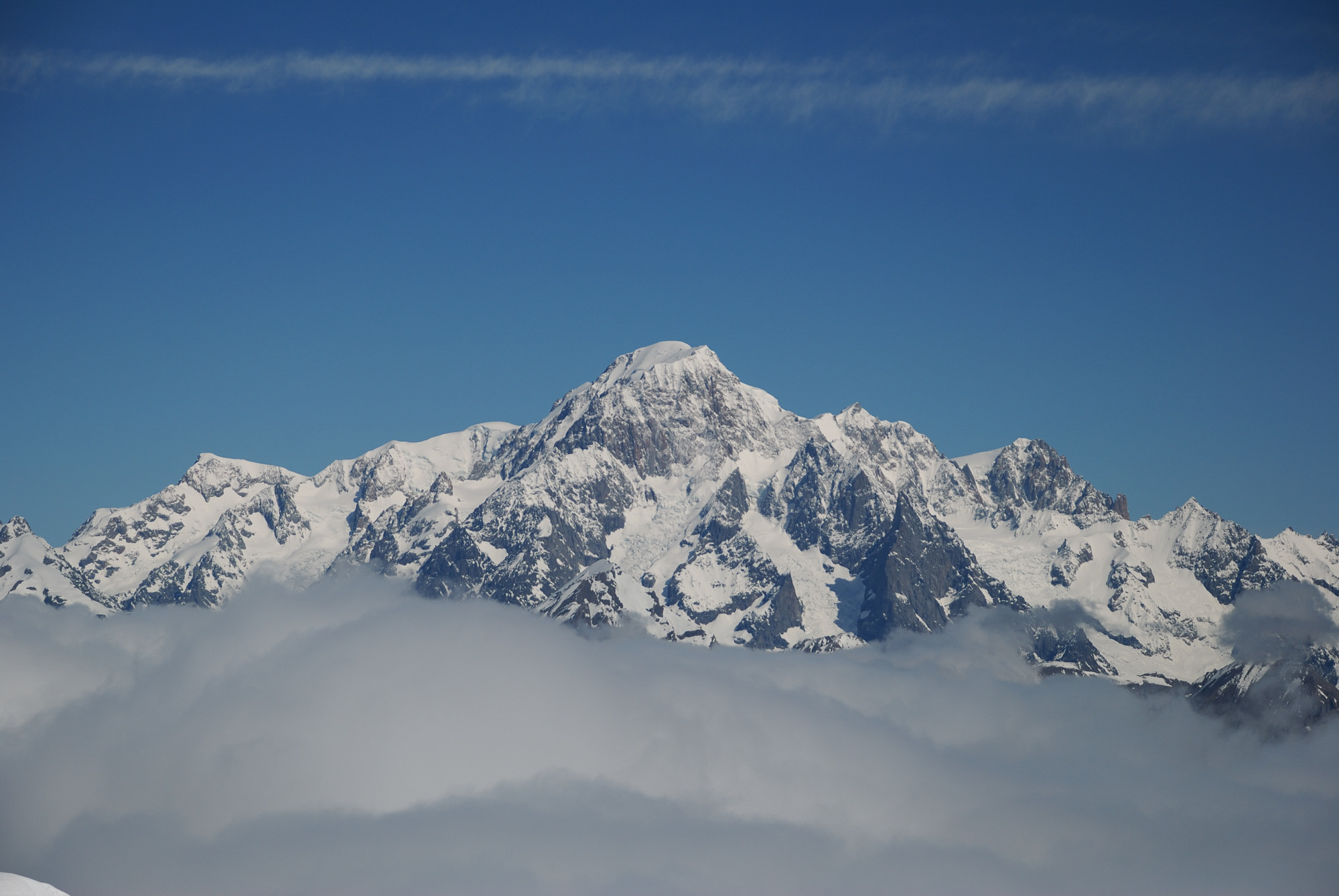 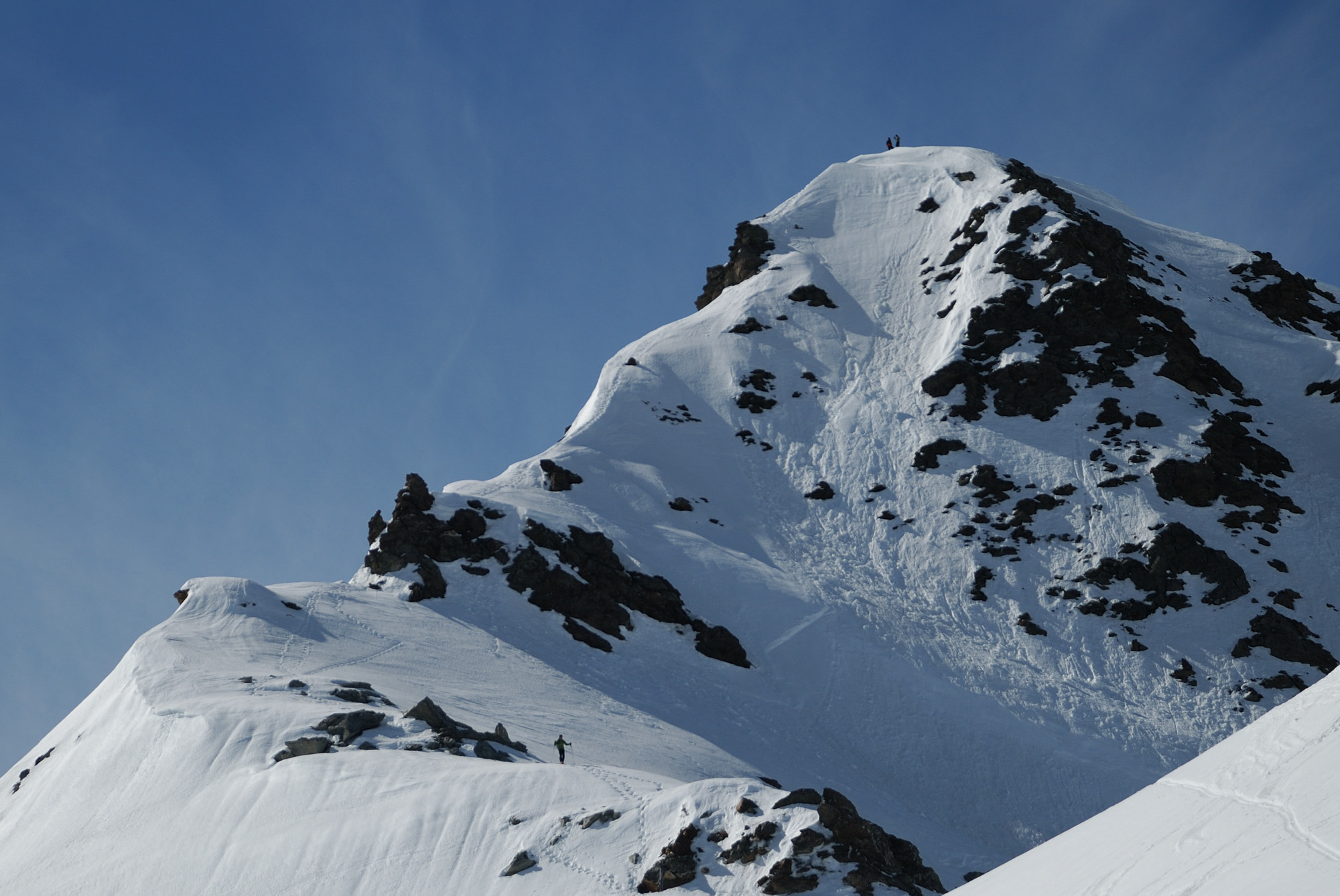 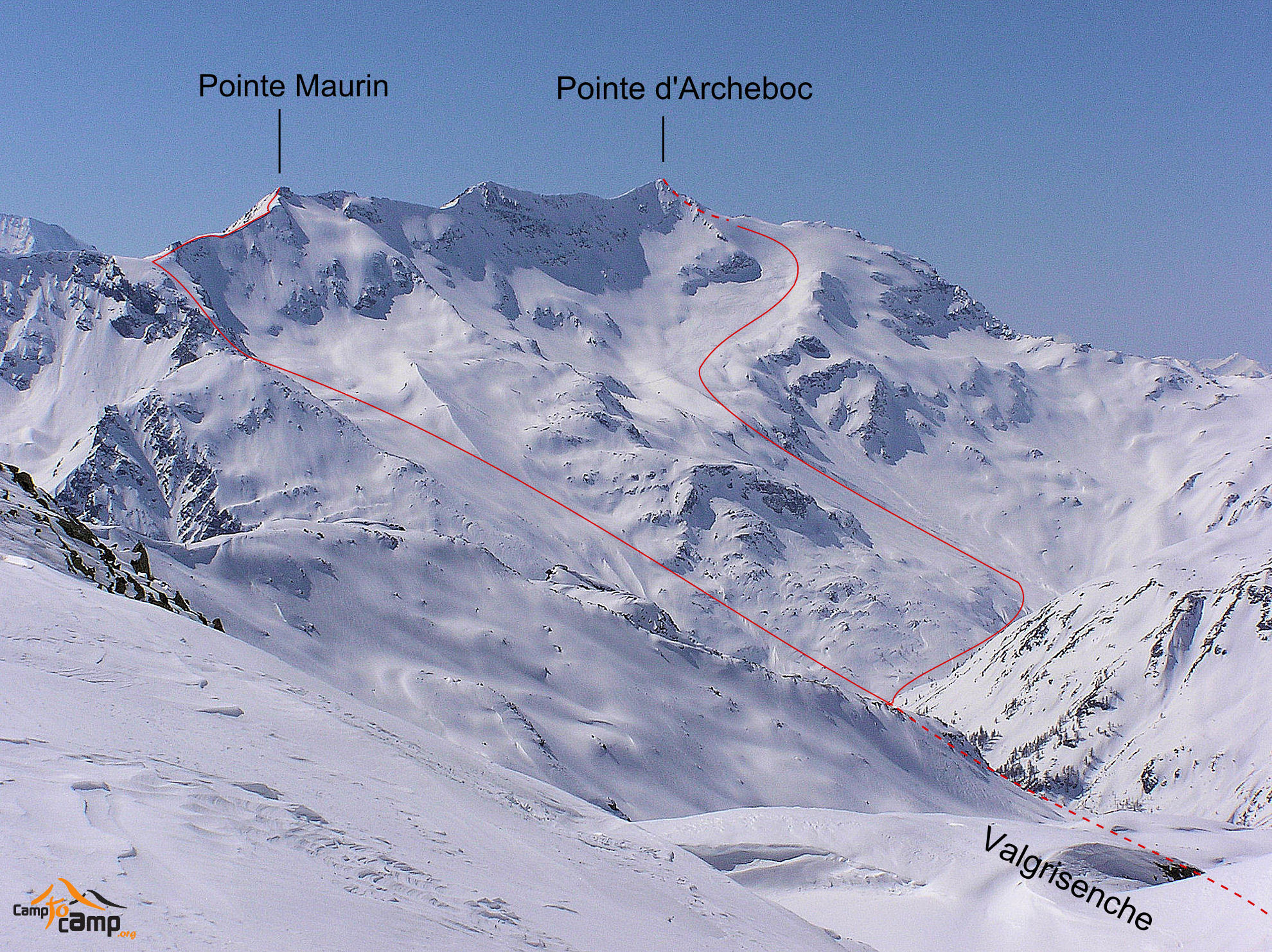 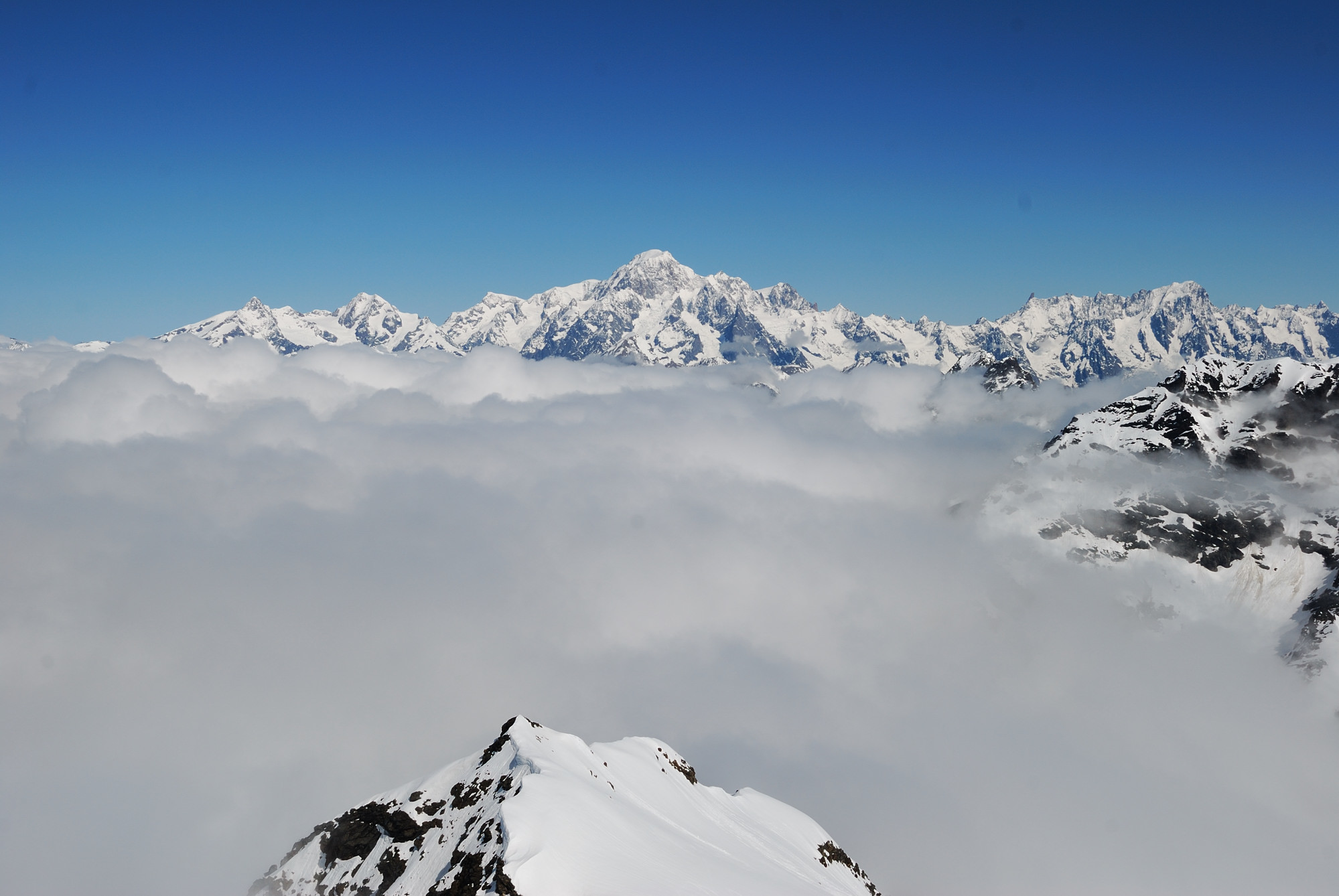 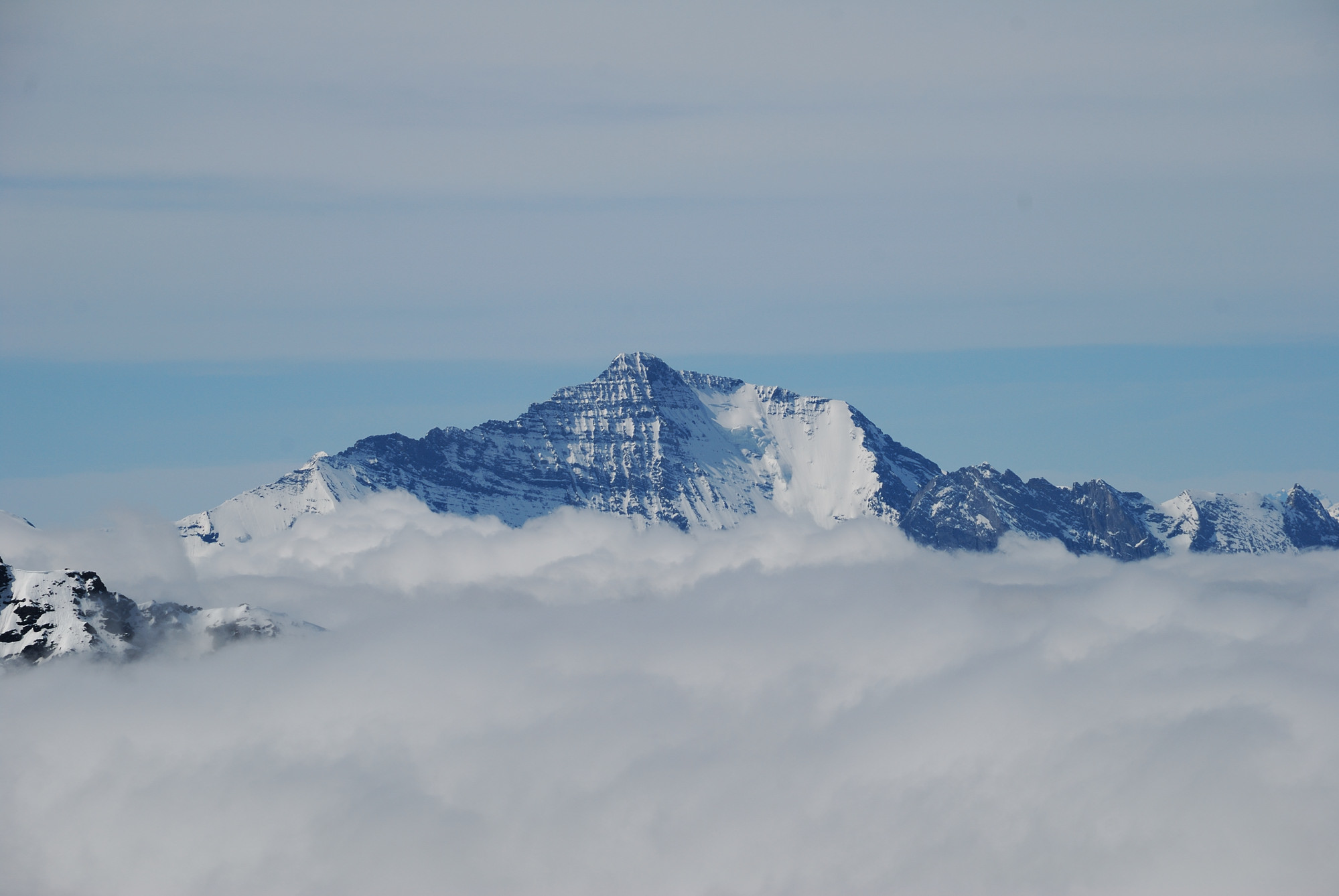 If the road is open, drive up Valgrisenche, beyond Bonne. Shortly after the road starts to descend to Usellières there is a track on the right (no entry) signposted to Grand Alpe, (1950m). If the road is not open, park at Bonne (1730m) and skin up the road, (4kms, 250m height gain)

Follow the track WSW to the buildings at Grand Alpage, circa 15mins. Go down to the left and cross the river by a sort of bridge. Go up the main valley to where it turns right, with the Col du Mont directly in front. From here, go up the slopes on the left heading for a gap in the line of rocks, see photo, above which it is possible to trend rightwards to reach the Ormelune glacier. Continue until it is possible to reach the ridge to the W of the W summit of the Point Archeboc. From here it is a short distance to the W summit (3228m). (Also possible to go up directly from the bridge as if heading for the Pte Maurin, and then traverse right to the glacier.)

By the same route, or as shown by the red trace in the 2nd photo.

Faces NE and holds the snow a long time. Best done late in the season, when it is possible to drive as far as Rognettaz/la Bemaz. Possible to bivvy at Grande Alpe. A shorter ski tour is to go to the Roche Brune 2724m, just to the left of the Col du Mont