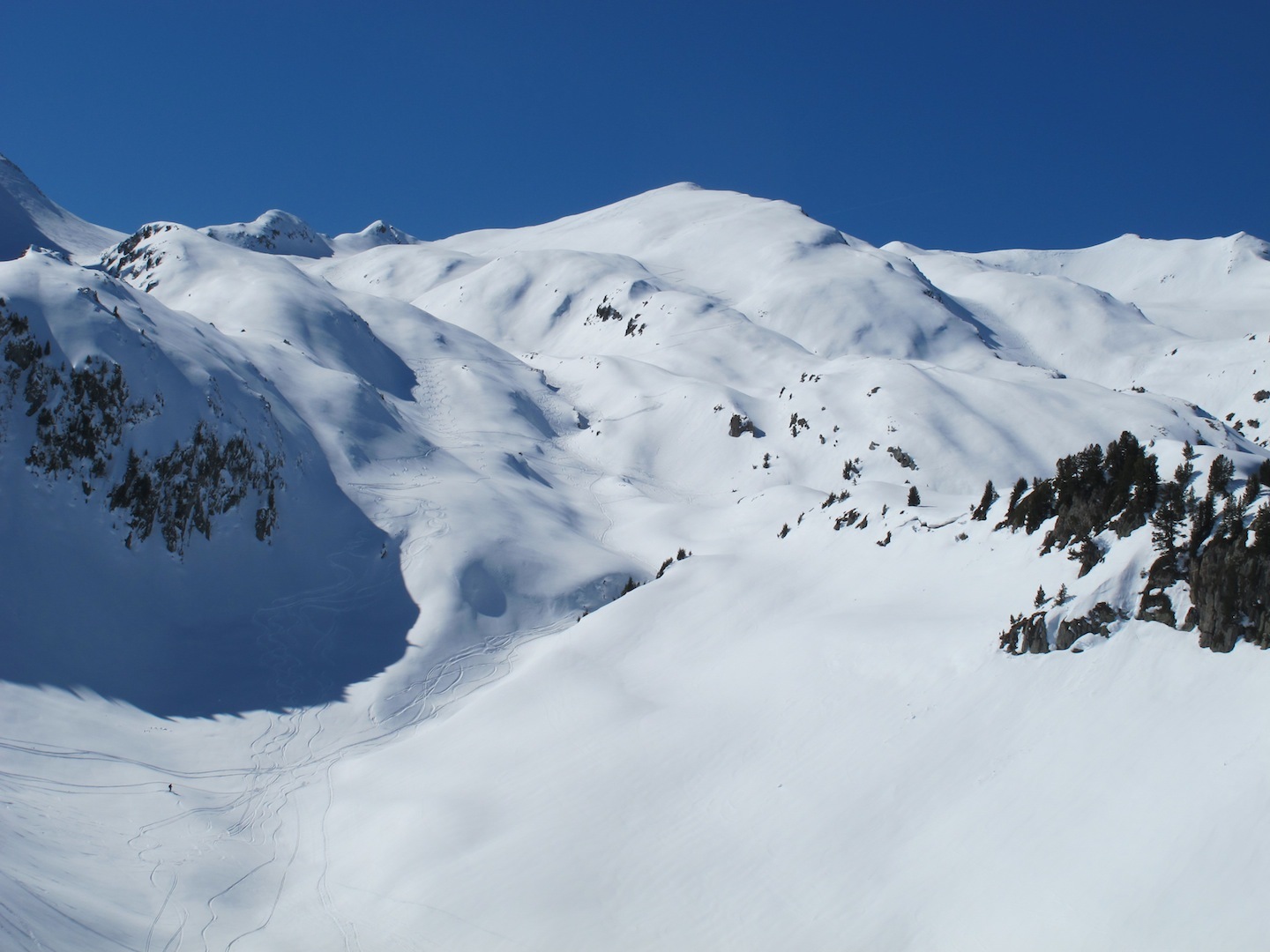 Climb: From Quefins, after having traversed the Perches ski piste, follow the forest track near spot elevation 1338m, to spot elevation 1543m (turn facing a boxed in narrow part). Go up the left bank of the narrow part, encumbered by sea buckthorn, sometimes tedious in the event of insufficient snow cover. Go up a small steeper slope, continue following the narrow part until it widens (1750m). At the altitude 1870m, you arrive at a “bridle”: go up the right branch (steep but short section). At the flat area, go up the scoop to the SW located exactly at the lower part of the bump 2098m. You pass a colluvium resulting from the bump at the altitude of 2150m, then go back up the dale to the Passage du Dard (2342m). Slightly before the Passage du Dart, go diagonally to the right (West) to reach the summit via a beautiful sunny slope. It takes 3h.

Ascent variant: after point 1543m, continue the track, then reach the neck under the summit 2073m via the scoops, go back down to Lac Tournant, then go up via the left side of the bump 2098m to join the normal route.

Descent: Return via the ascent route. It takes 1h to 1h30.

Descent variant: from the summit follow the ridge to the northeast. It dominates a first scoop which you can descend. Continue until the following scoop. Descend it (it faces northeast), passing under Légette du Grand Mont (large slope which can be avalanchous) and continue in level plan to the altitude of 1950m under Lac de Brassa to reach the slopes dominating Combettes. Descend by following the summer trail (go towards the left by traversing several scoops) to reach La Forêt which you descend following the trail until Chornais, then via the forest track you reach Quéfins.

Very easy route. The only difficulty is the crossing of the narrow part, both during ascent and descent.

Most of the route faces north, which transforms slowly. There is often good powder snow, but sometimes a persistent snow crust.