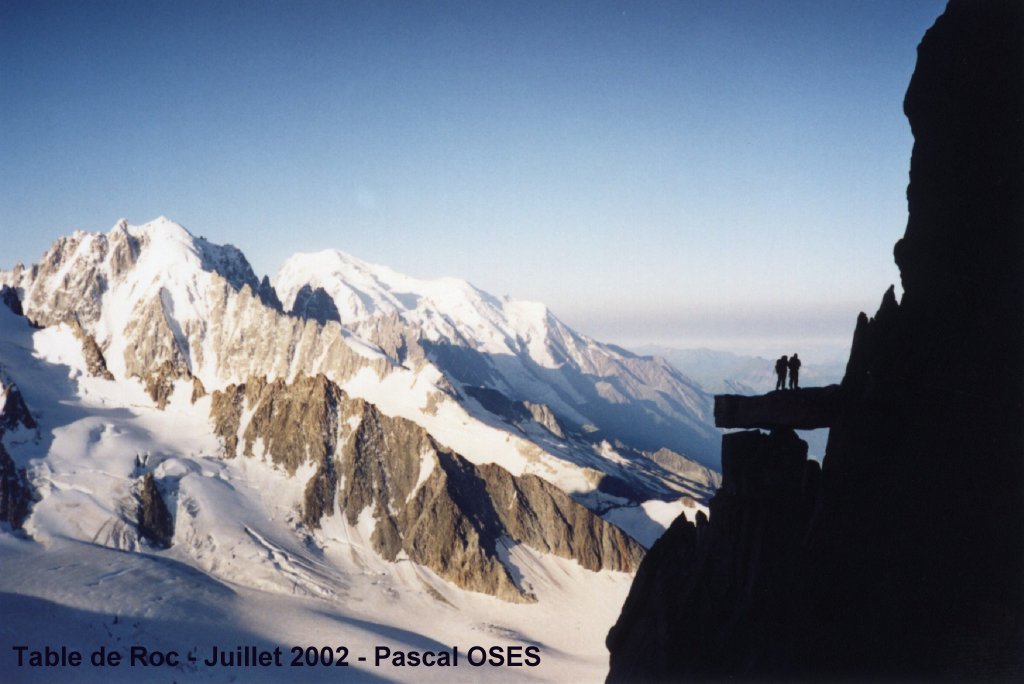 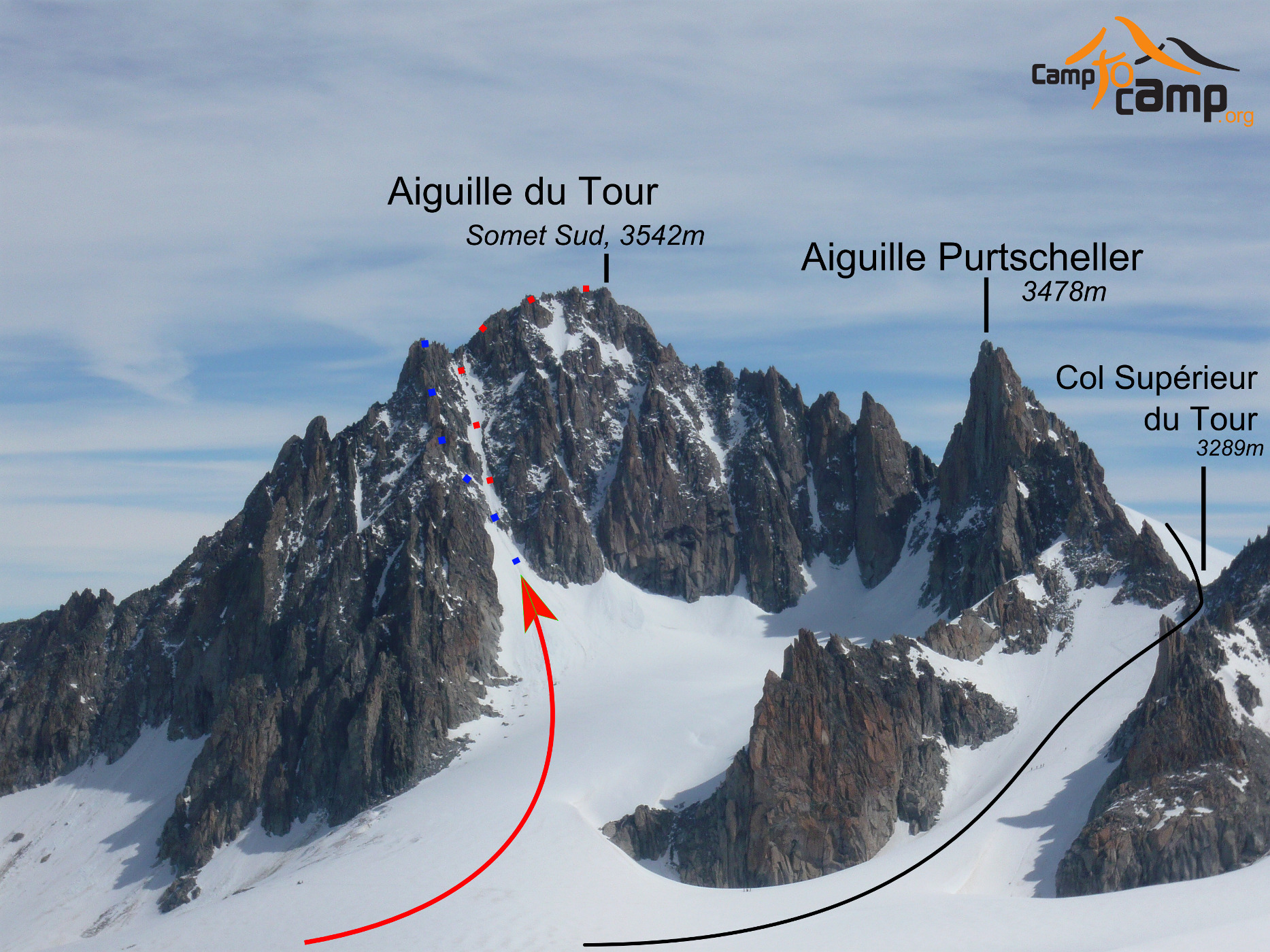 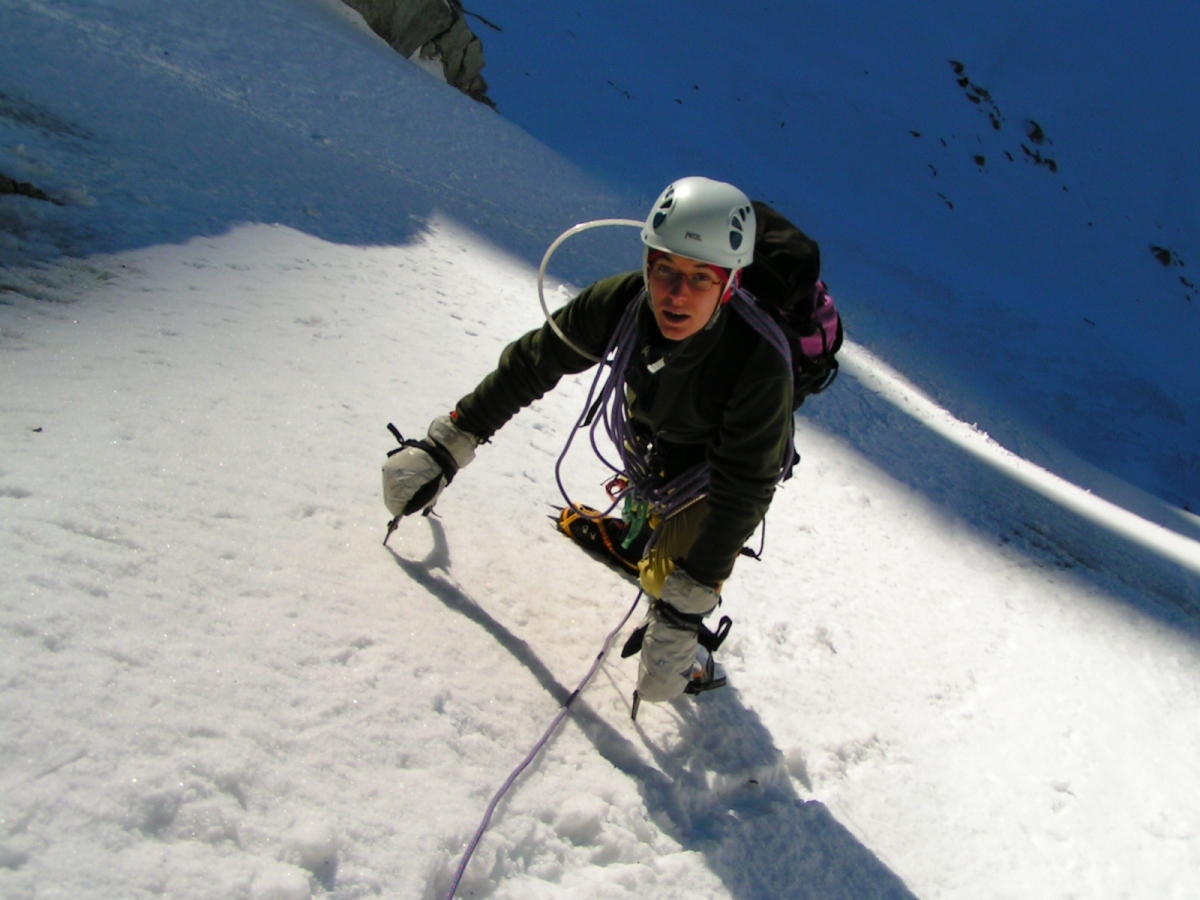 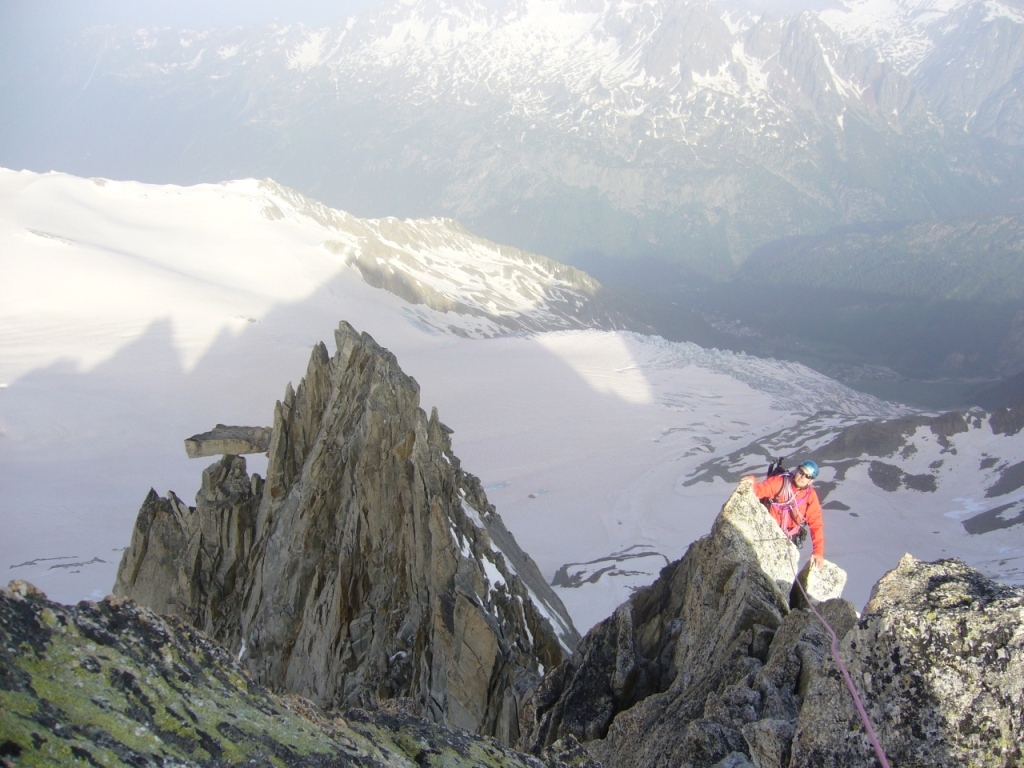 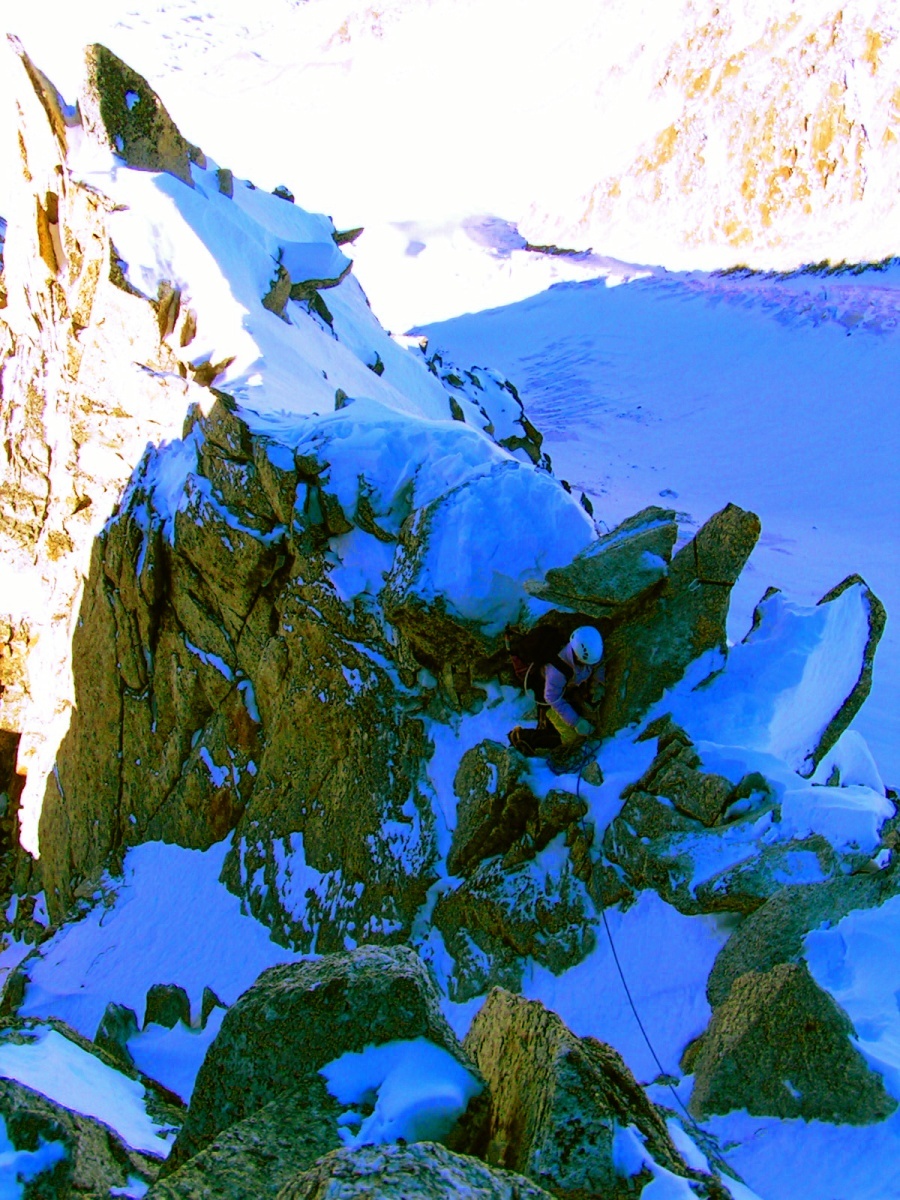 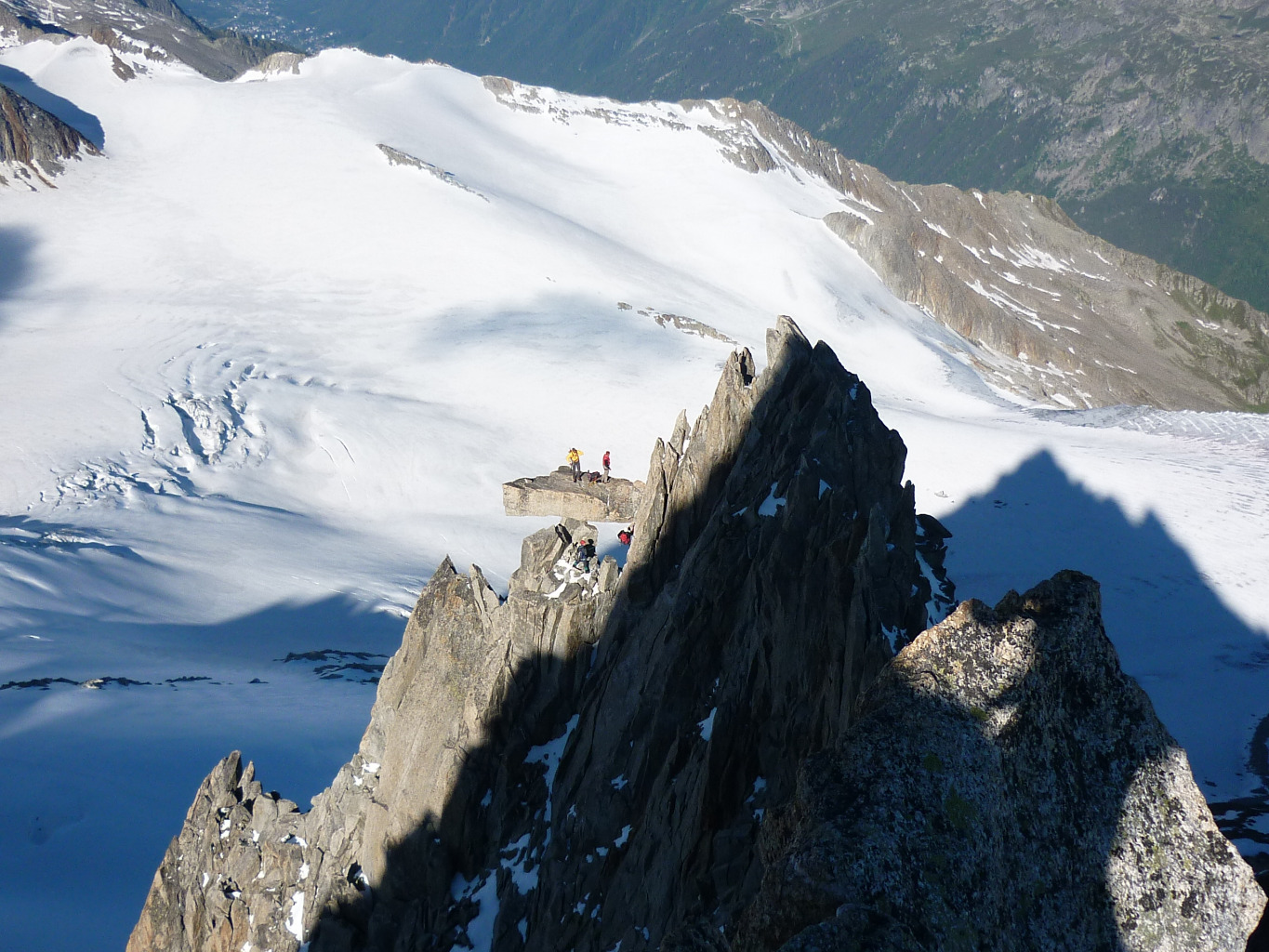 The following description is primarily written for skiers, but can also be used for summer ascents on foot.

To the base of the gully or Albert 1er refuge can be done in different ways: via Col du Passon (recommended) or by the Trois Cols route from the Grands Montets cable car, via the Tour ski lift and the summer trail (exposed) or via the Col du Passon descent route. You can also start from Trient refuge (attended) by traversing the upper Col du Tour or from the Argentière refuge by traversing Col du Passon.

Via Col du Passon. From to station of the Grands Montets lift, head for the “Point de vue” piste and quickly leave it to descend Rognons glacier to the NE towards Argentière glacier. (classic wilderness skiing with numerous variants). You generally pass right by the Rognon at elevation 3000 and south of the Rognons moraine. On the flat part of Argentière glacier, around 2550 m:

Traverse to the side above the refuge to take foot on the glacier around 2800 m. Then climb a characteristic rocky islet (Signal Reilly) to the north and traverse just above it. Via a small steep slope between two crevassed areas which are well-marked and visible on the map, go around the big rocky pillars, to gain the flat area in the basin enclosed by Aiguille Purtscheller. Here you are at the foot of the gully, dominated by the large balanced boulder called “La Table”. Put on your crampons and climb the gully (around 250 m) until a small notch. Leave your skis there and continue via the ridge until the summit, easy until the first secondary summit, where you generally stop (30 min), it is more difficult to the real summit (1h).

Return to the notch and descend the guuly. Then traverse the true left bank of Tour glacier to reach the classic descent of the Passon traverse opposite Albert 1ere refuge. There are two possibilities for returning to the village of Tour: