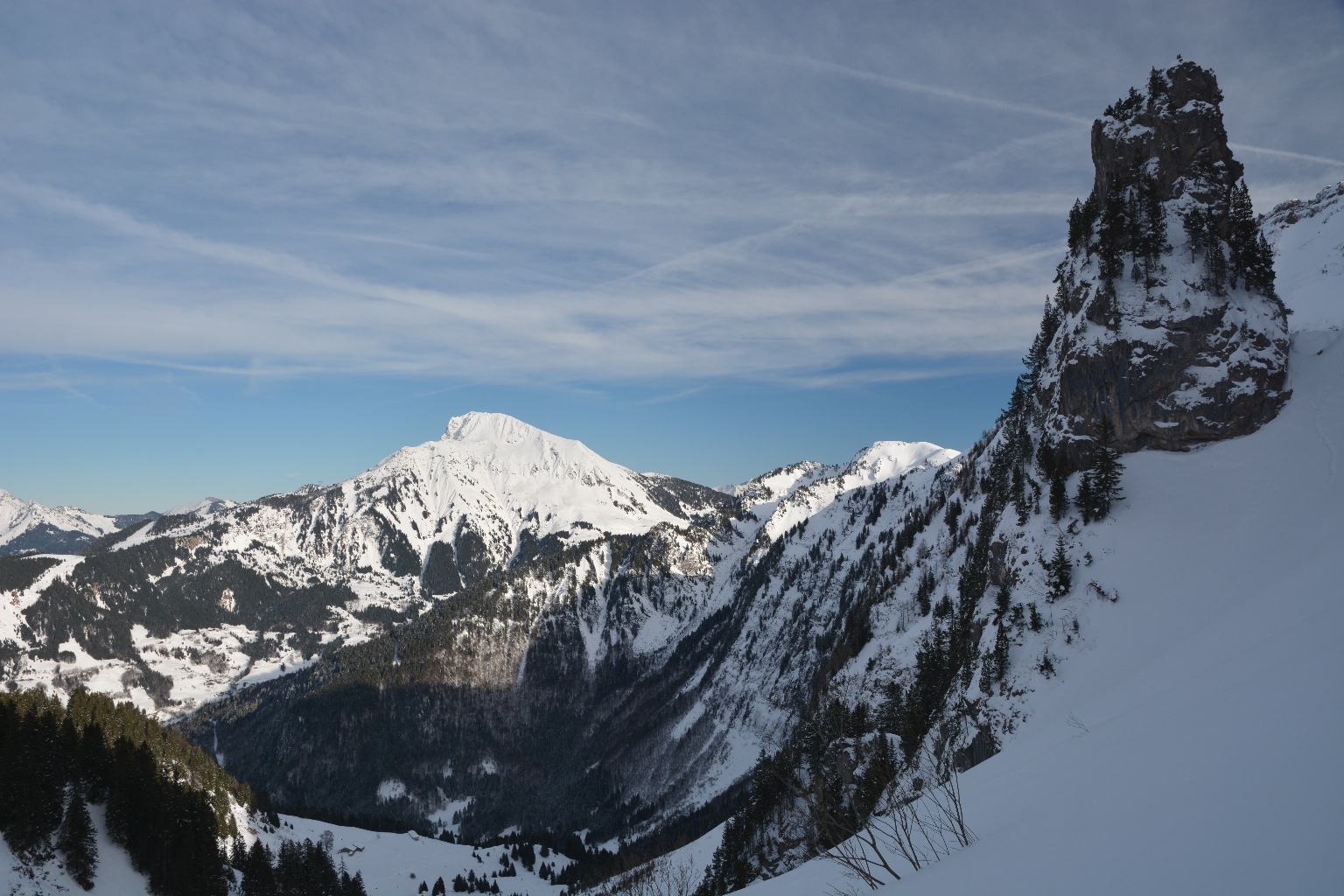 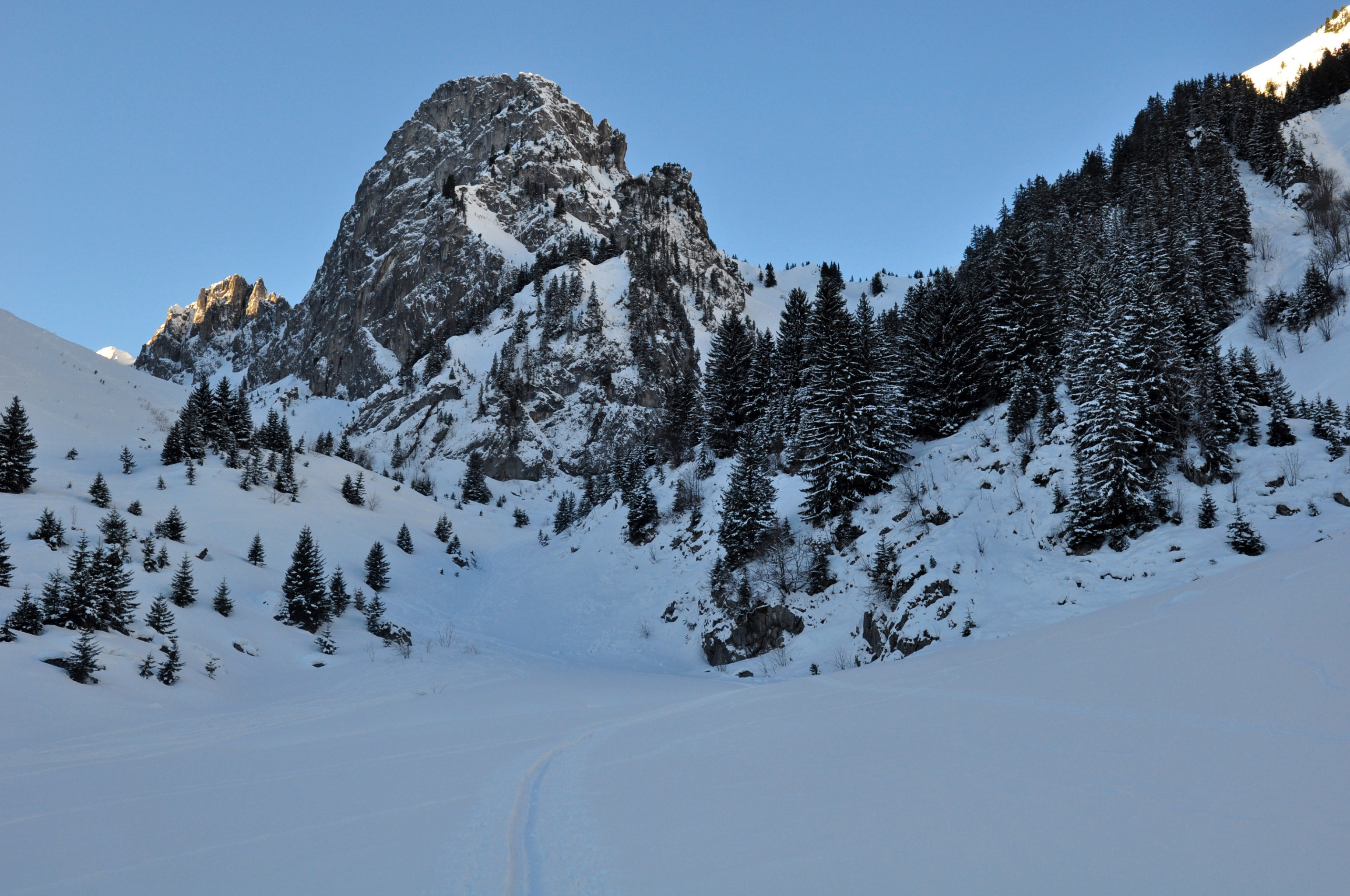 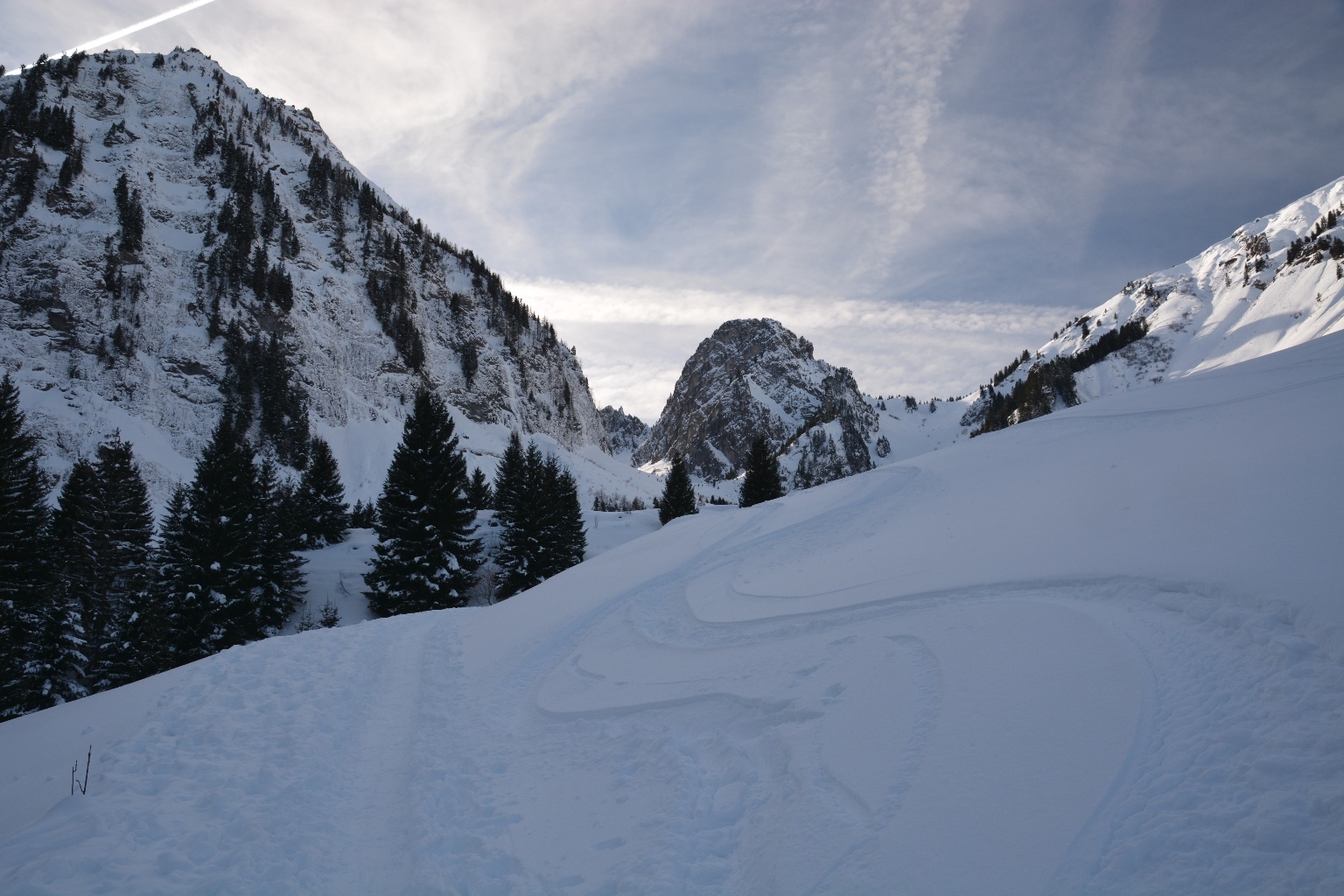 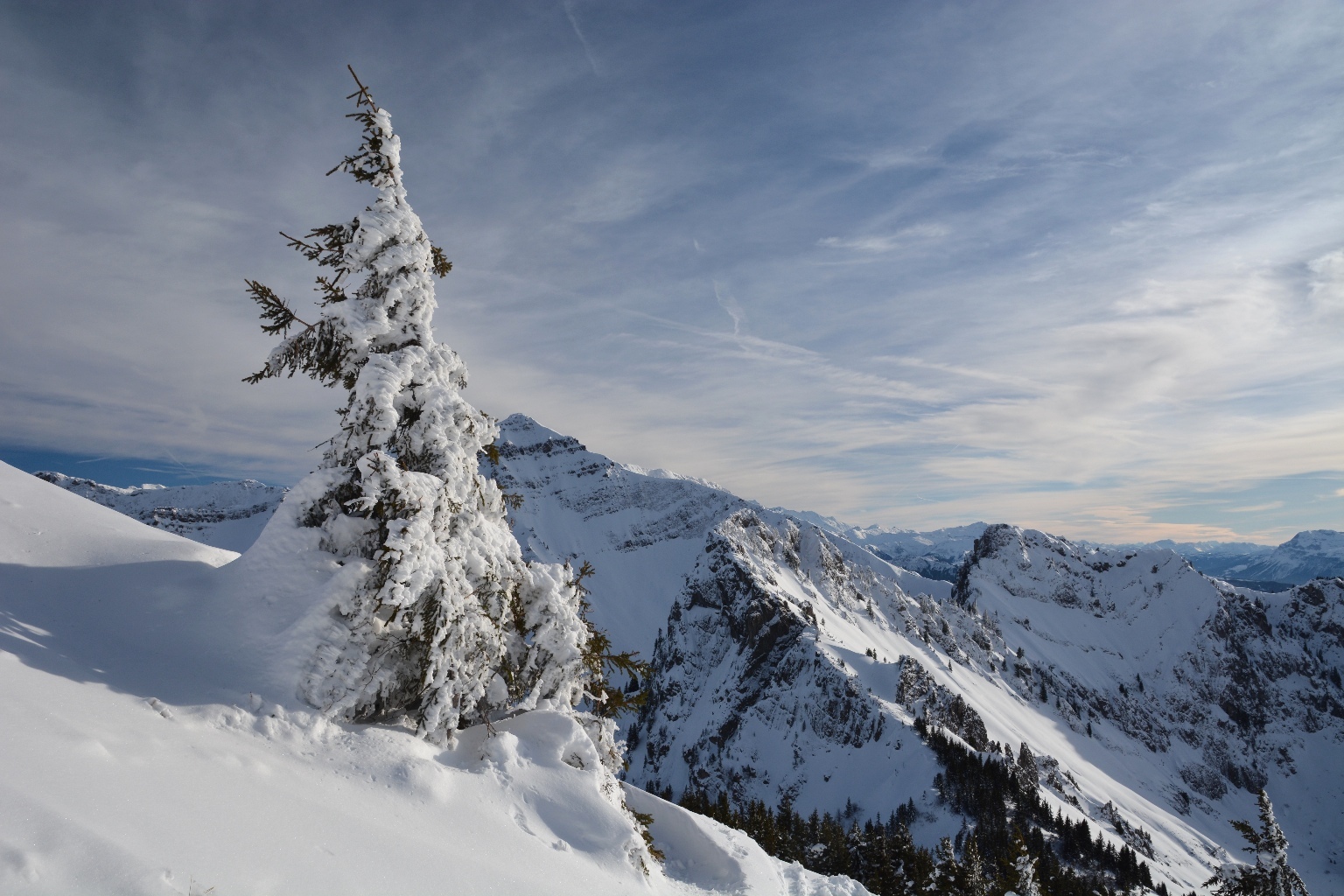 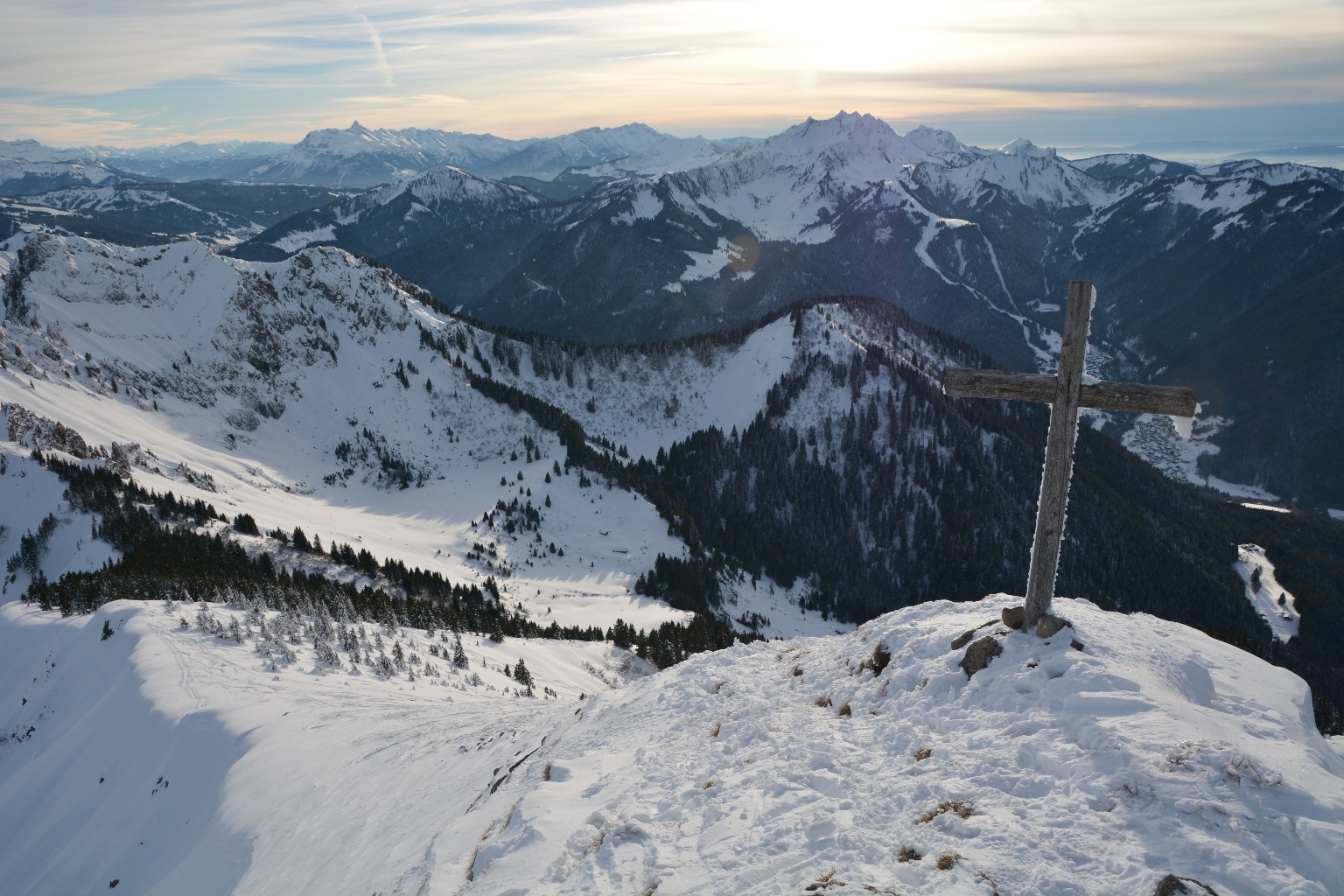 From Prétairié (1128m), take the 4×4 track first traversing the clearings then wooded slopes before reaching the high mountain pasture of Serranants (chalets -1403m). Continue to the SW in the direction of the rocky mass of Mont Brion. Slightly farther on before reaching the base of its cliffs (1520m), fork on the right (W) and go up the broad slopes becoming increasingly steep leading to the Damoz les Moulins pass (1837m). Then go up towards N to the S ridge of Pic de la Corne, first slightly wooded then well cleared. The S summit is preceded a few metres under the top by a beautiful wooden cross. The central summit, of equivalent altitude, is slightly more difficult to reach (traversing the E slope).

Descent by the same route. Before reaching Serranants on the return, it is possible to cut across a small rather well cleared scoop facing E, and here find the ascent route to the hairpin turn of the 4×4 track.

The last slopes under Damoz les Moulins pass are rather steep (30/35°) but broad and not exposed.

Primarily facing E therefore in the sun rather early but the cliffs of Tavaneuse and Brion bordering the route on the S side protect it slightly. The slopes under the pass are in general quite snow covered but sometimes avalanchous.