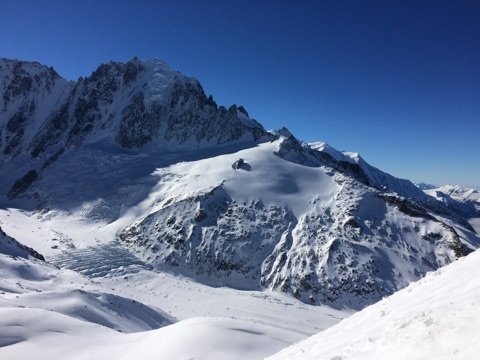 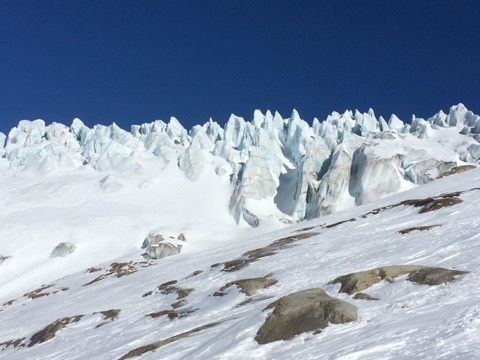 A classic, popular tour with a long descent for a short ascent

Descent # from the top of the Grands Montets cable car

From the col des Grands Montets, start off down the “Point de vue” piste and leave it rapidly to ski down the Rognons glacier NE in the direction of the Argentière glacier, classic off piste with lots of variations. For example cross the ropes marking the boundary of the piste at a signpost go towards the Rognon at 3000m keeping to the right and then to the S of the Rognons moraine.

Continue to the N to traverse into the gullies coming down from the Col du Passon. Climb the one on the right, rocks or ice possible near the top.)

From the col du Passon, make a descending traverse to the NW. At point 2722m you can go to the left, (steeper) or to the right of a rocky outcrop.

It is also possible to descend by the Peclerey, (blue traces in the photo.)