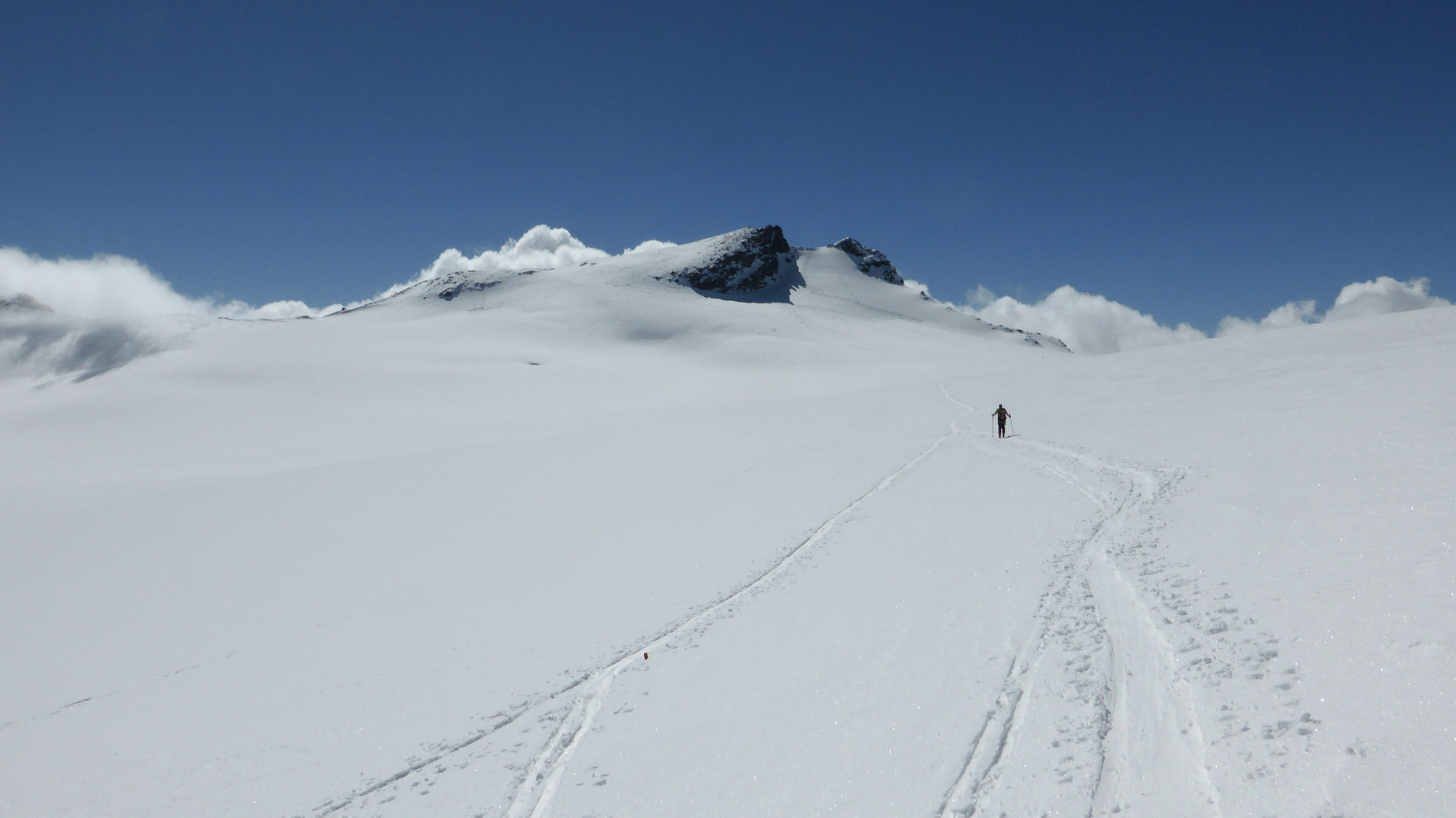 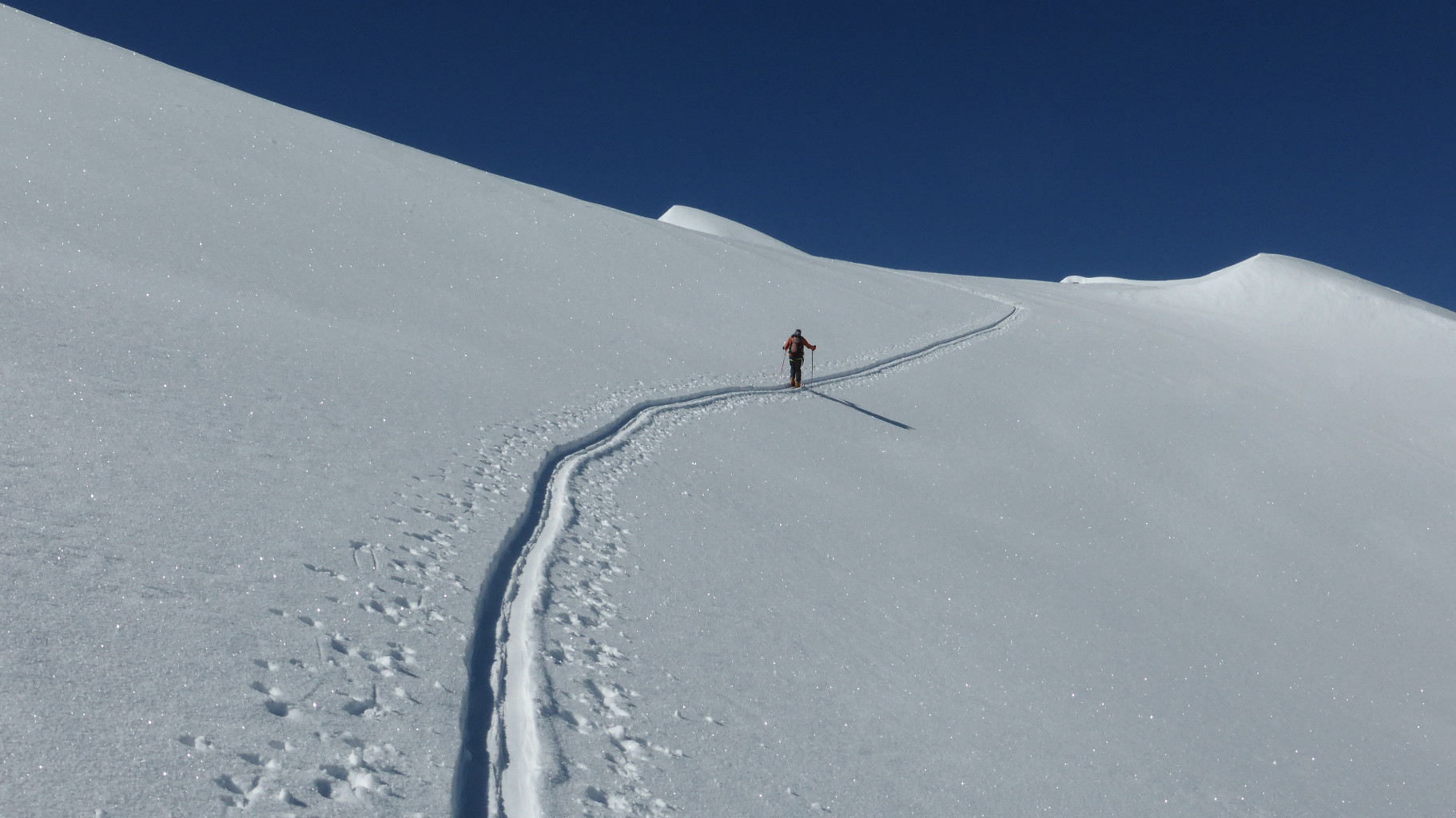 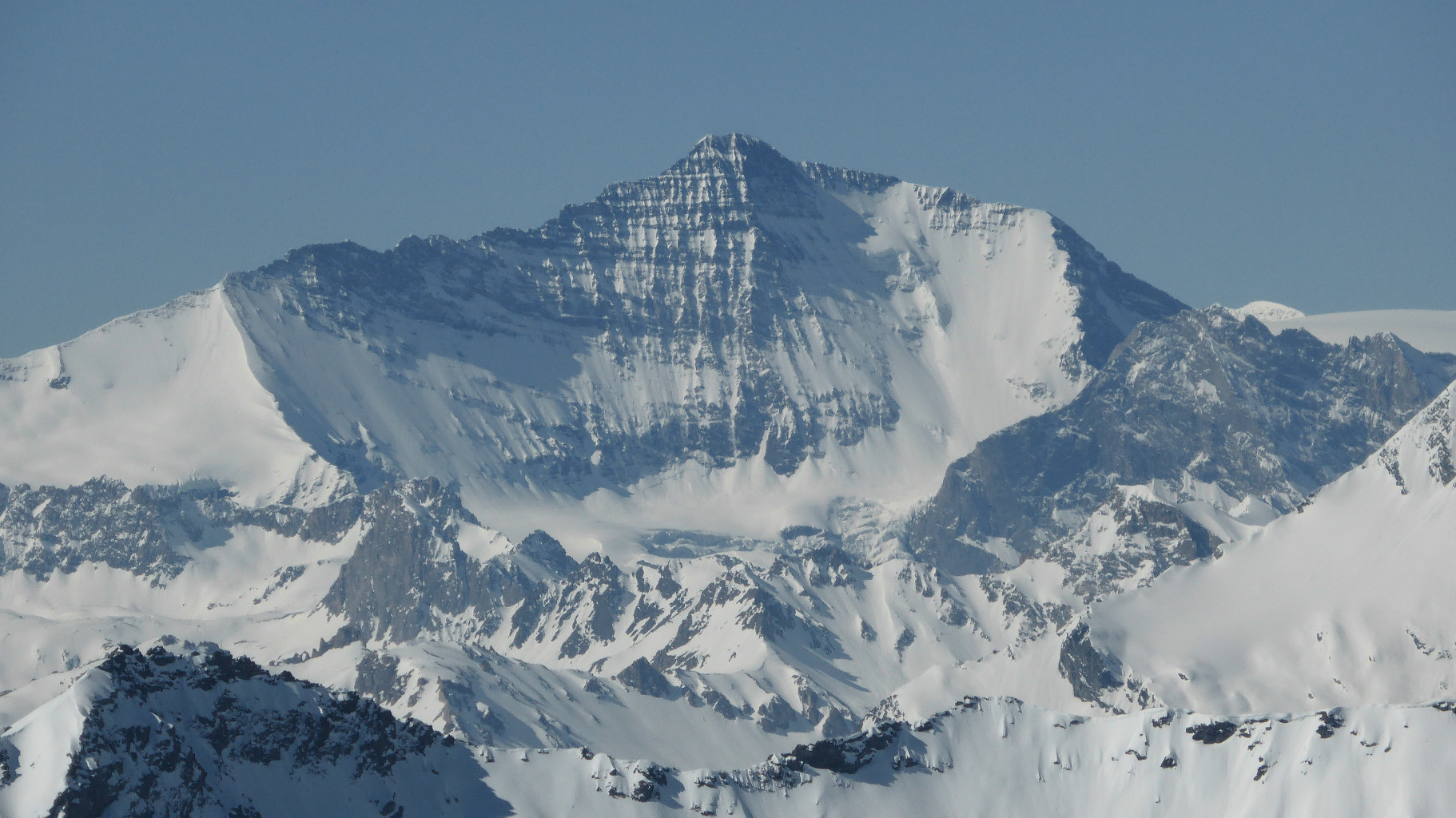 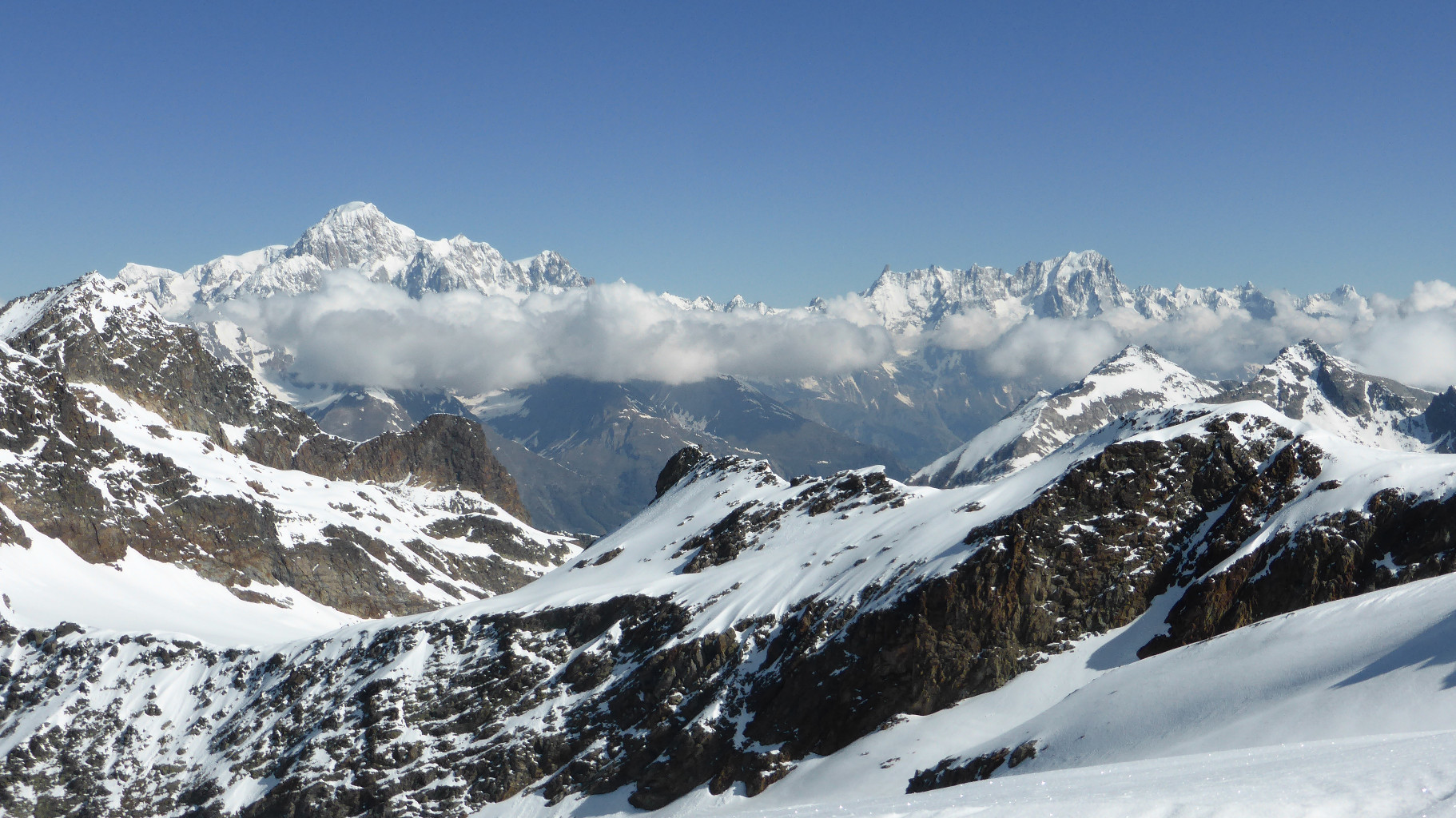 Climb: From La Savonne (end of the asphalt road, you must park here), follow the road suitable for motor vehicles which climbs in bends towards the north. At spot elevation 1934, the trail heads east to traverse the plateau of “La Vacherie”. After the last two bends, you reach the vault St Pierre (2040m) at the edge of the large plateau of La Sassière. After a short descent, continue the trail to the NE. The Ruitor refuge is located 500 meters further on, in a small group of chalets on the left. It takes 1h30. From the refuge, continue the traverse of the plateau to the NE and pass to the side of the ruins of the hamlet of La Sassière. Then head towards the large side moraines of Invernet glacier (ENE) and go up a first steep pitch of 150 meters. On a plateau, pass to the right of a small hillock elevation 2236. Continue east and climb another 450 meters staying between the two side moraines. You reach the Invernet glacier around an altitude of 2650 meters and go up it in its centre (NE, crevasses). Skirt the foot of the north face of the Becca du Lac (3405m) where you must be careful of possible serac falls or avalanches. Several corridors of this face can be done by experienced skier-alpinists (including the direct one to the summit: 450m between 45 and 50°). After a flat area located in the high part of the glacier (2950m), the slope becomes steeper under the “Noeud des Vedettes” (3297m, S4 for 100m, avalanches of the wind-slab type are possible). After crossing the French-Italian border between Col de l’Invernet and Noeud des Vedettes, take foot on the broad glacial basin of Ruitor. After a short descent towards the SE, you reach Tête du Ruitor, top out from quite visible hillock surmounted by a cross. A last unrelenting slope in S3 leads to the summit (3486 m, statue of Virgin Mary). It takes 6h.

1°) Descent via Grand Glacier (PD, S3): easier access but the last southern facing slopes make the snow cover unpredictable. From Noeud des Vedettes, follow the line of the ridge leading to Col de l’Invernet (3221m) towards the west. Descend along the ridge of Invernet, on the left bank of Grand glacier, up to an altitude of 3140 meters. By a northern traverse, you reach the right bank of the glacier. Via the slopes SW of Petit Assaly (300m, 30°), traverse a succession of small plateaus. A corridor located under the “Rocher Rond” (2434m) leads to the Petit stream which runs towards the south to join the large plateau of Sassière.

2°) Descent to Italy: Via Ruitor glacier (rather crevassed) towards the Deffeyes refuge (2494m) then La Thuile, station connected with La Rosière.

This route is often in good conditions until late in spring.

West on the French side and north in Italy. Be careful of the wind-slabs under the Col de l’Invernet.