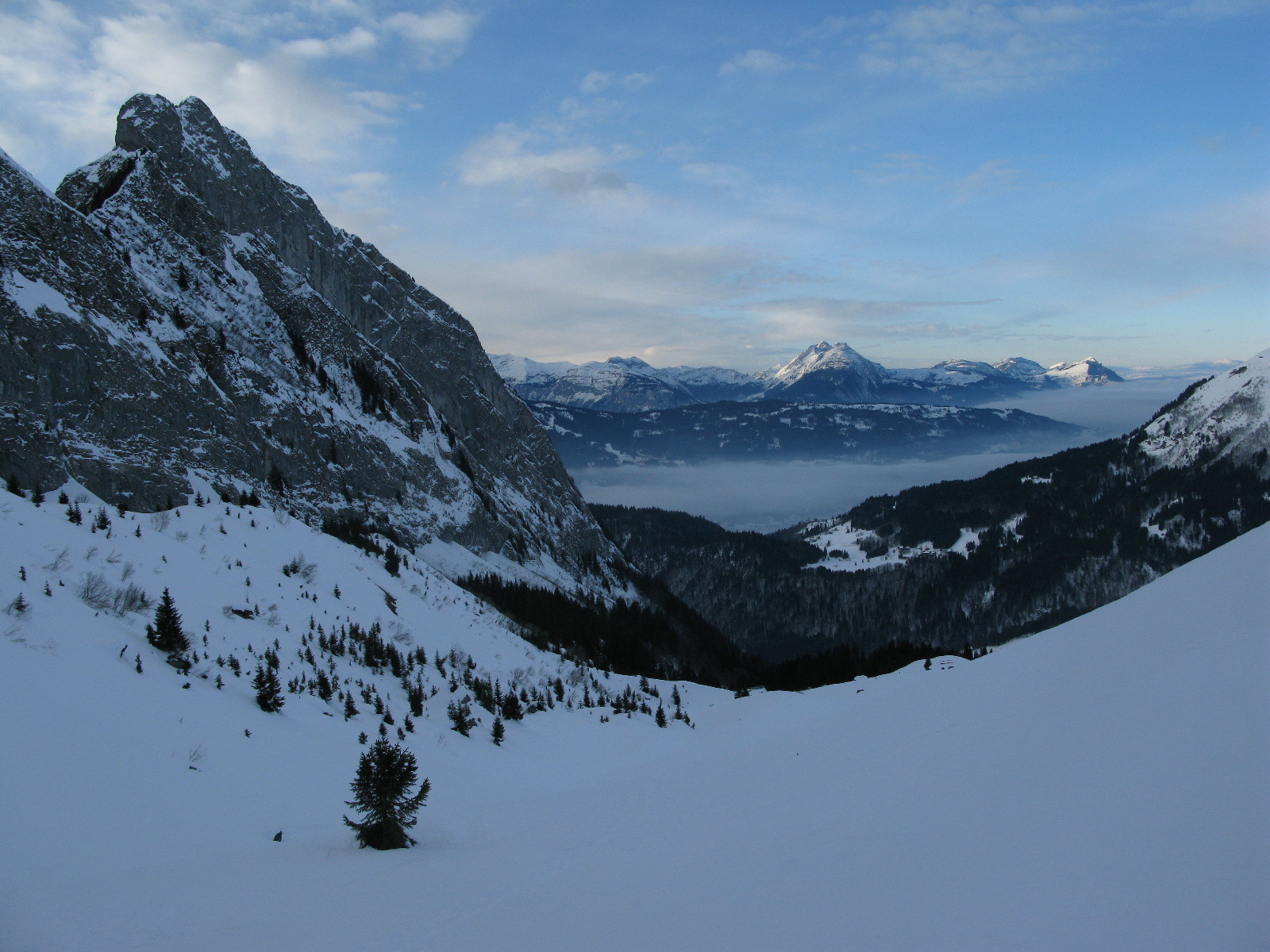 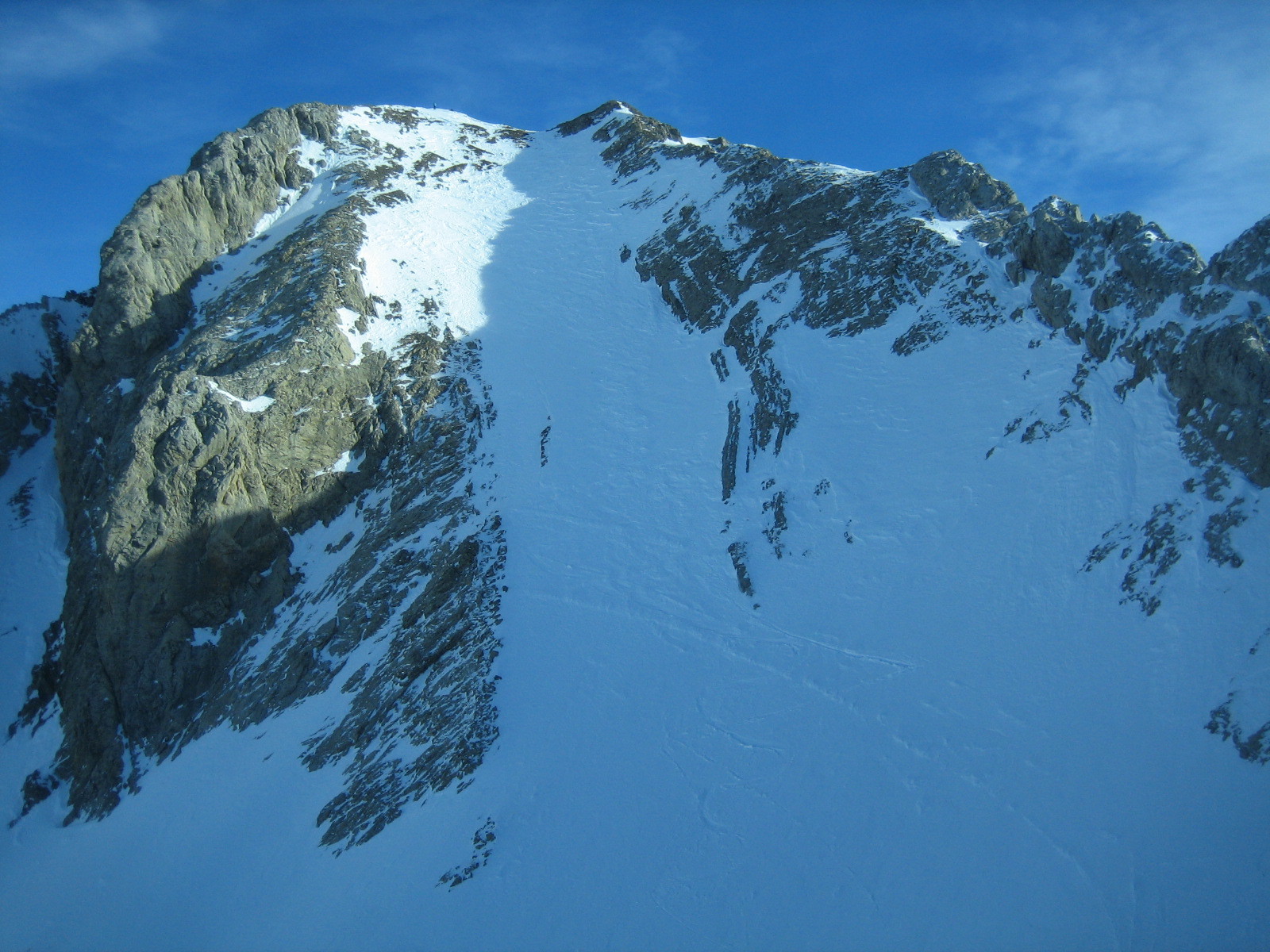 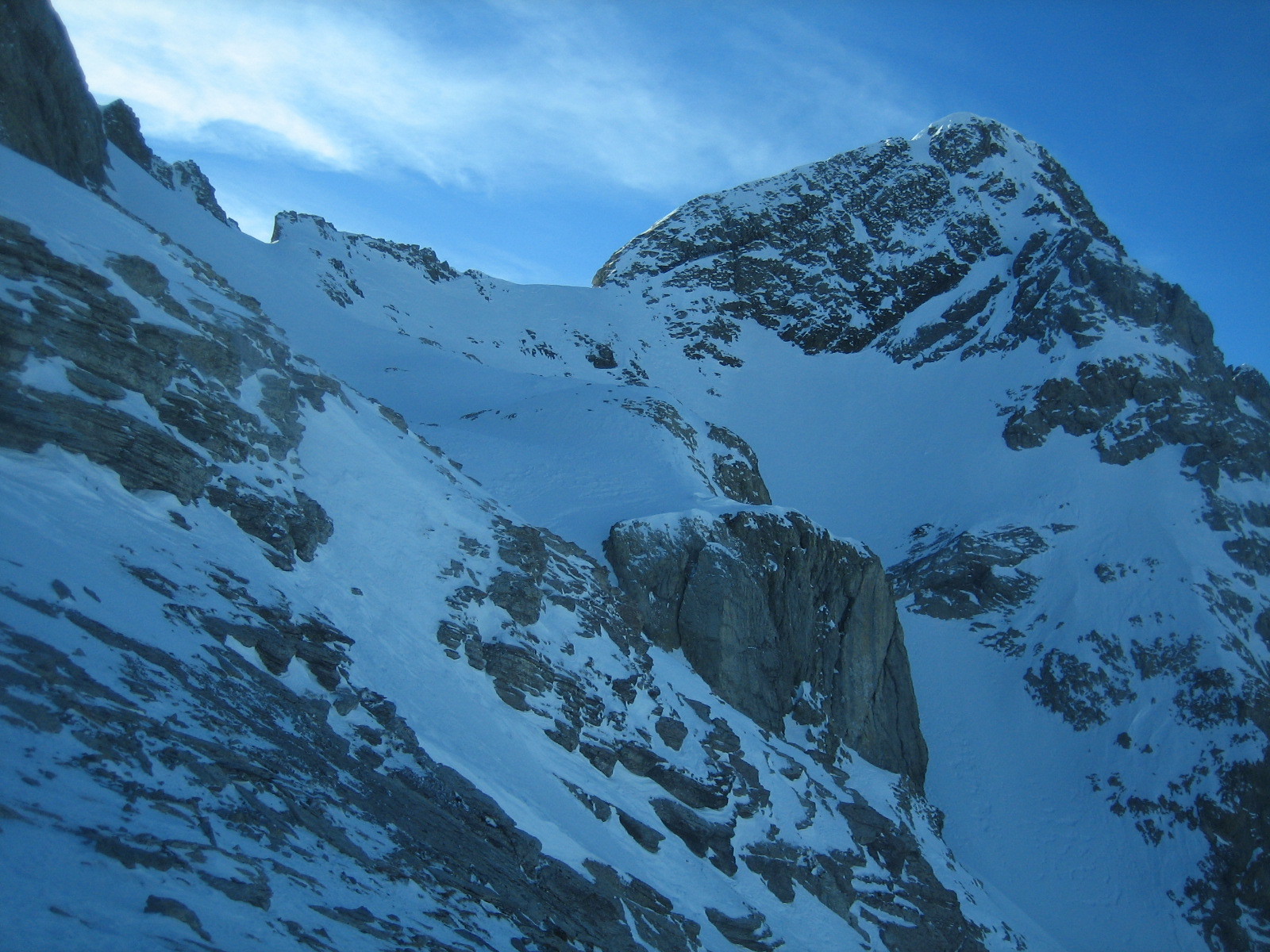 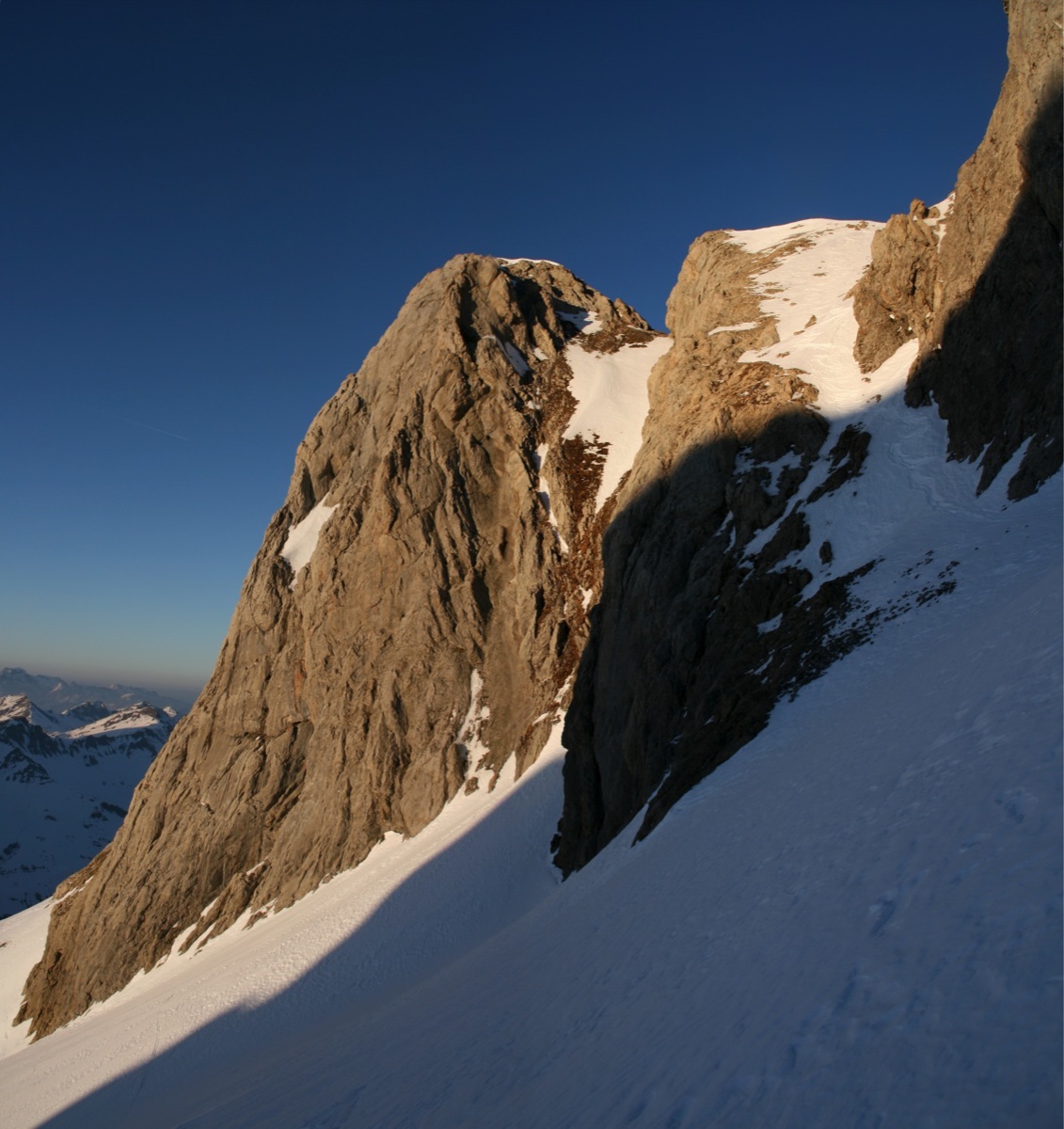 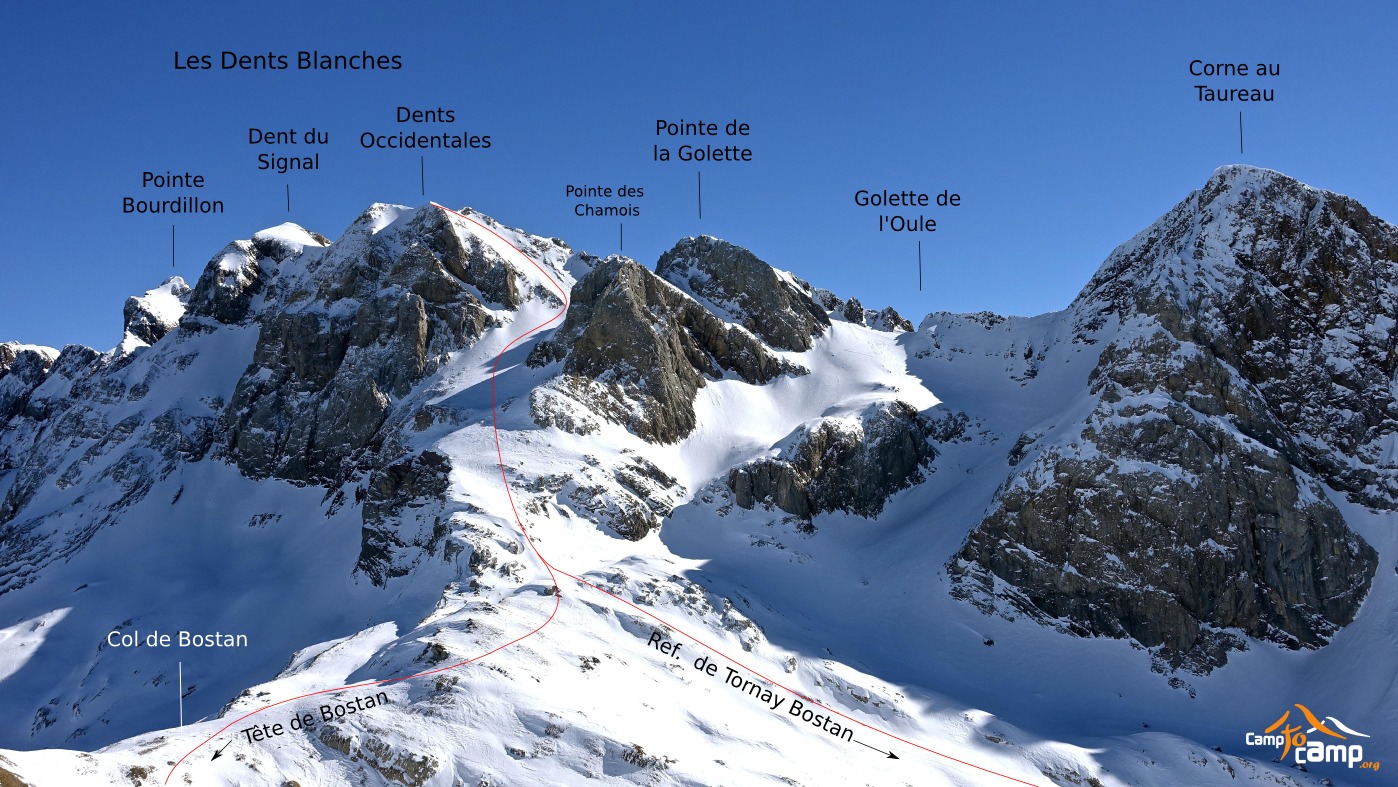 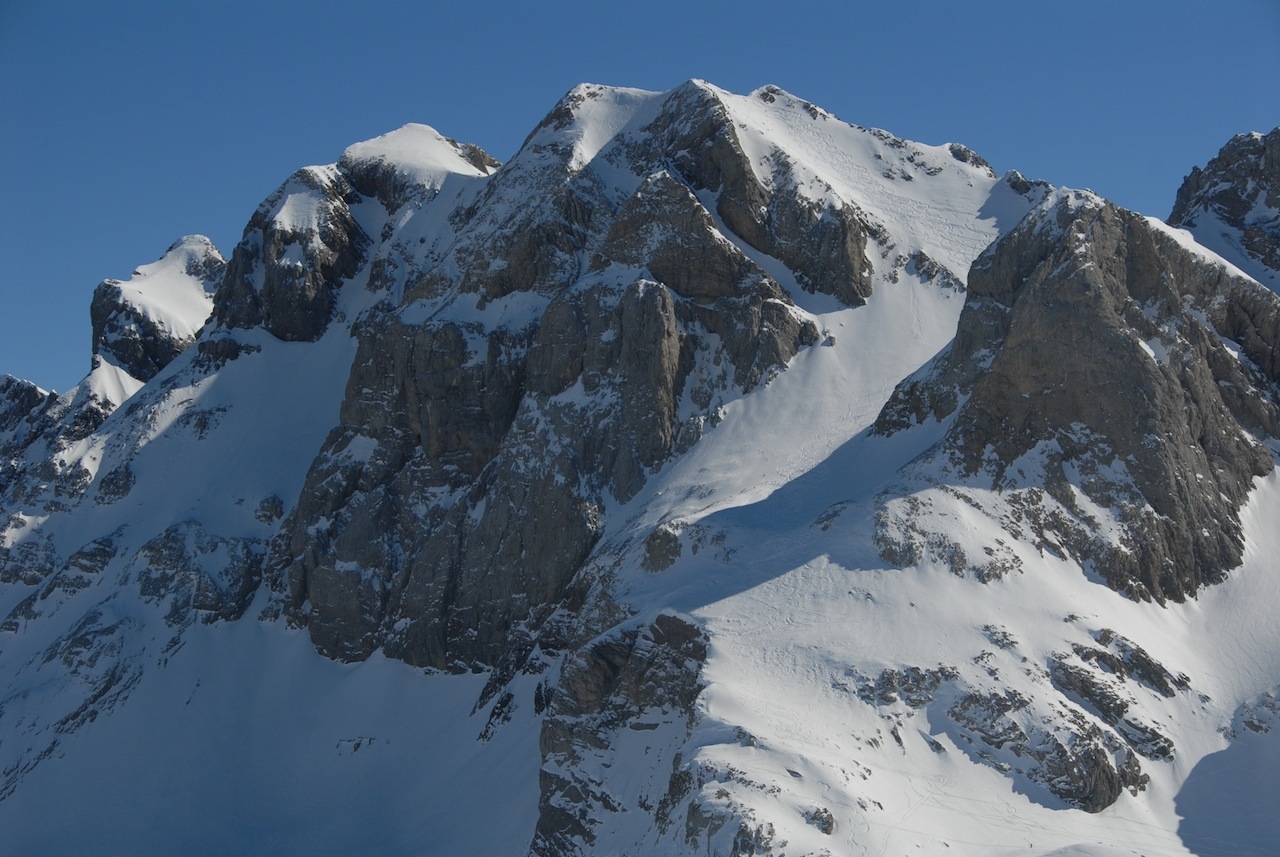 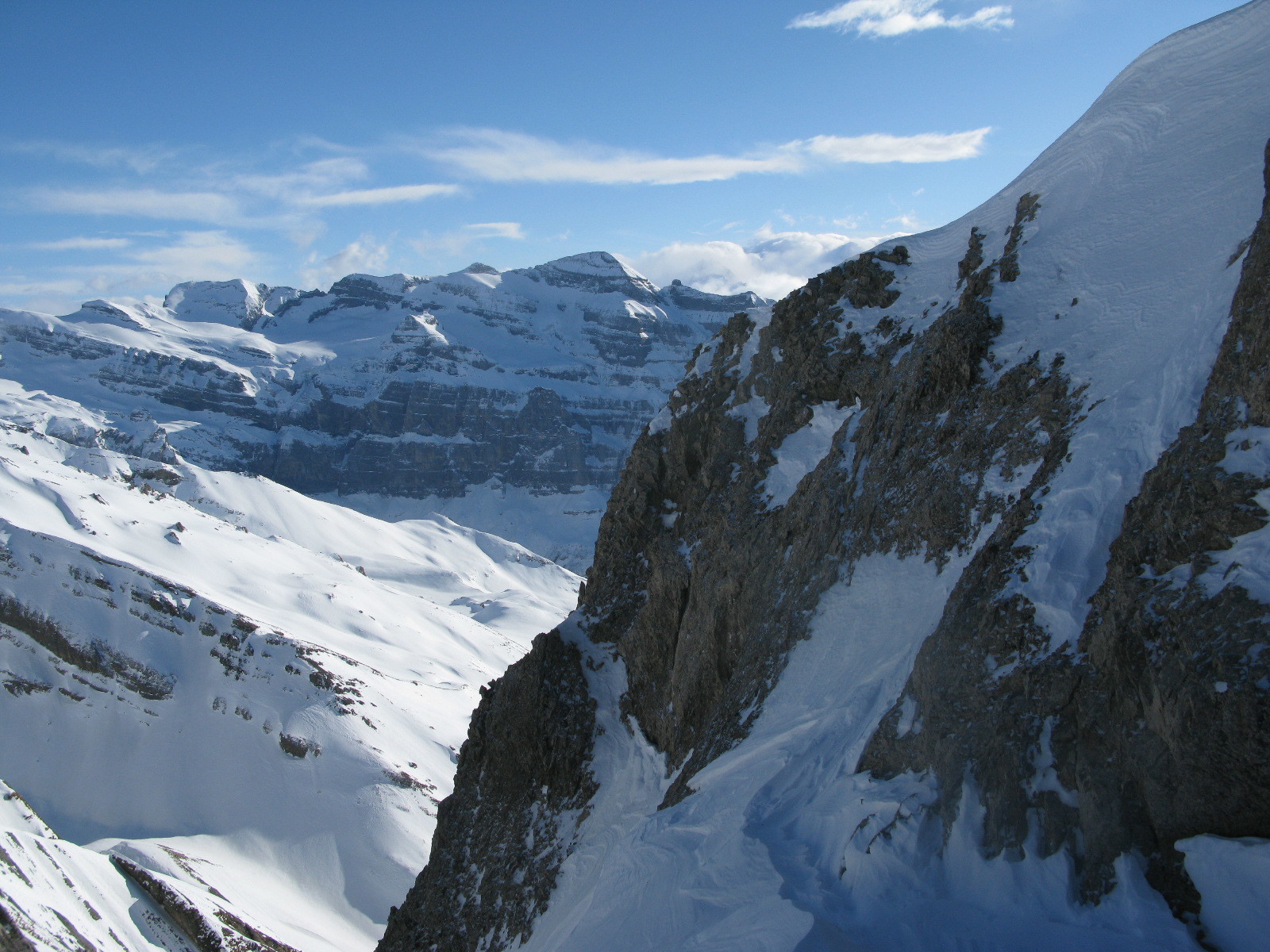 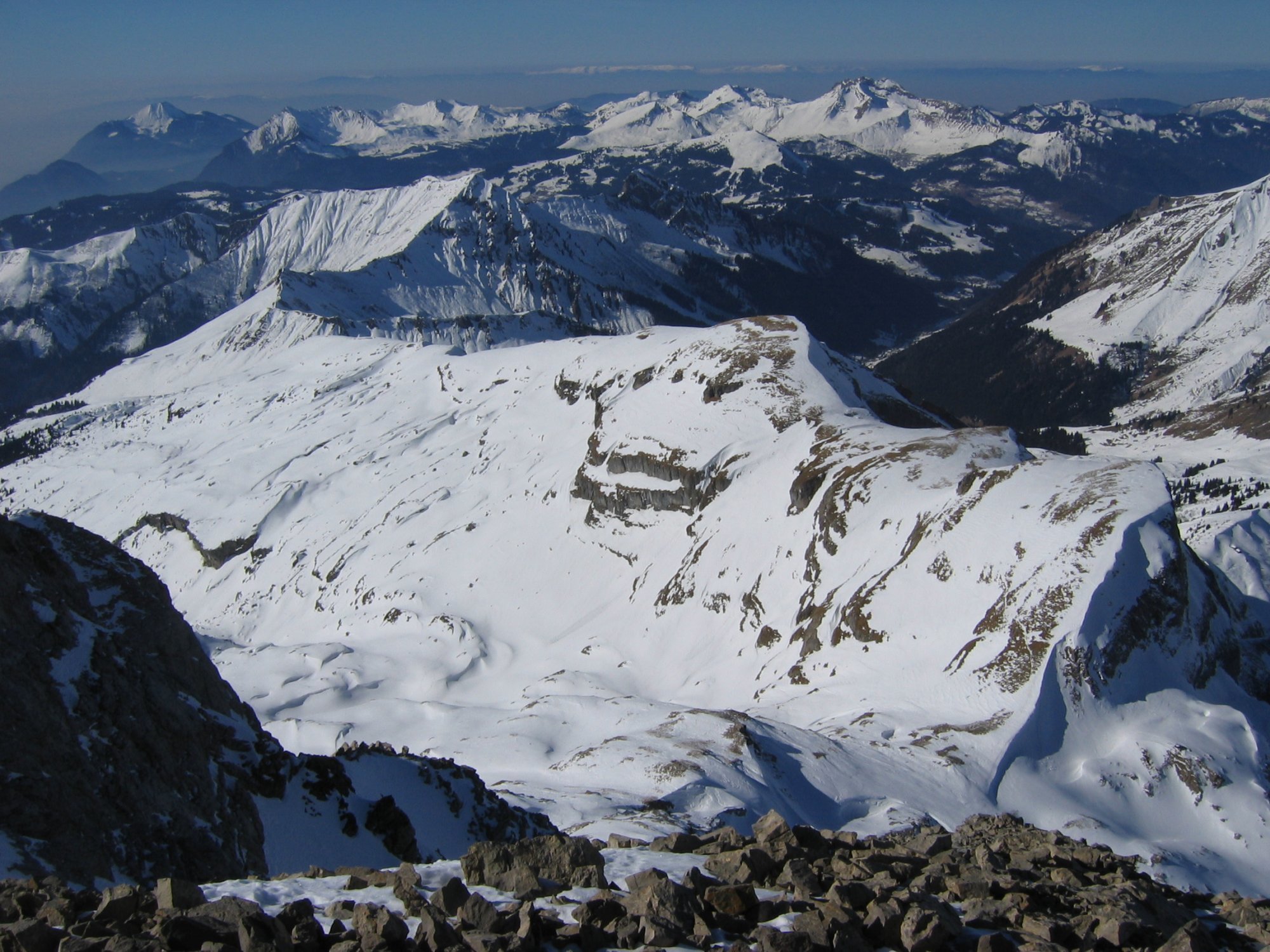 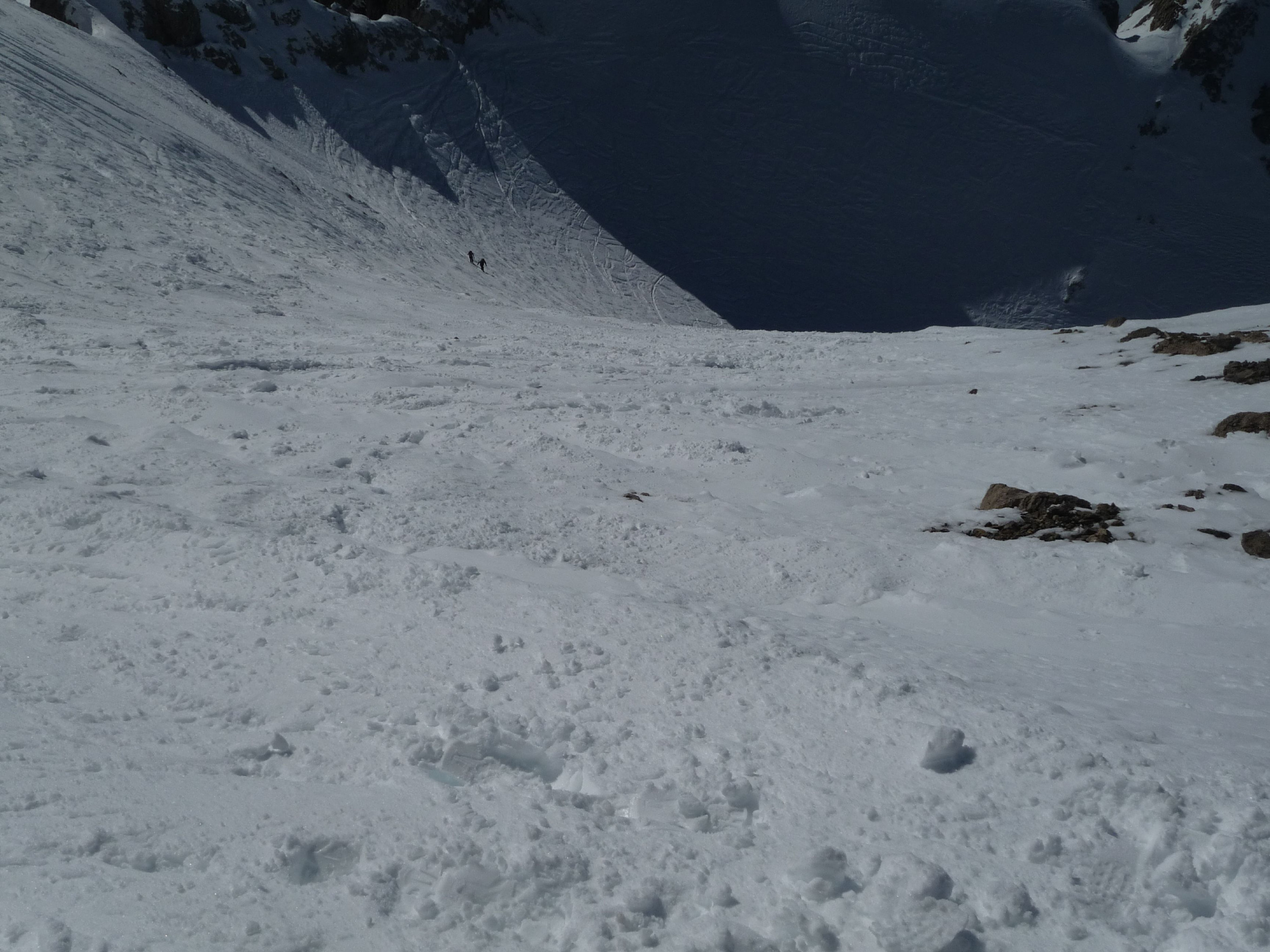 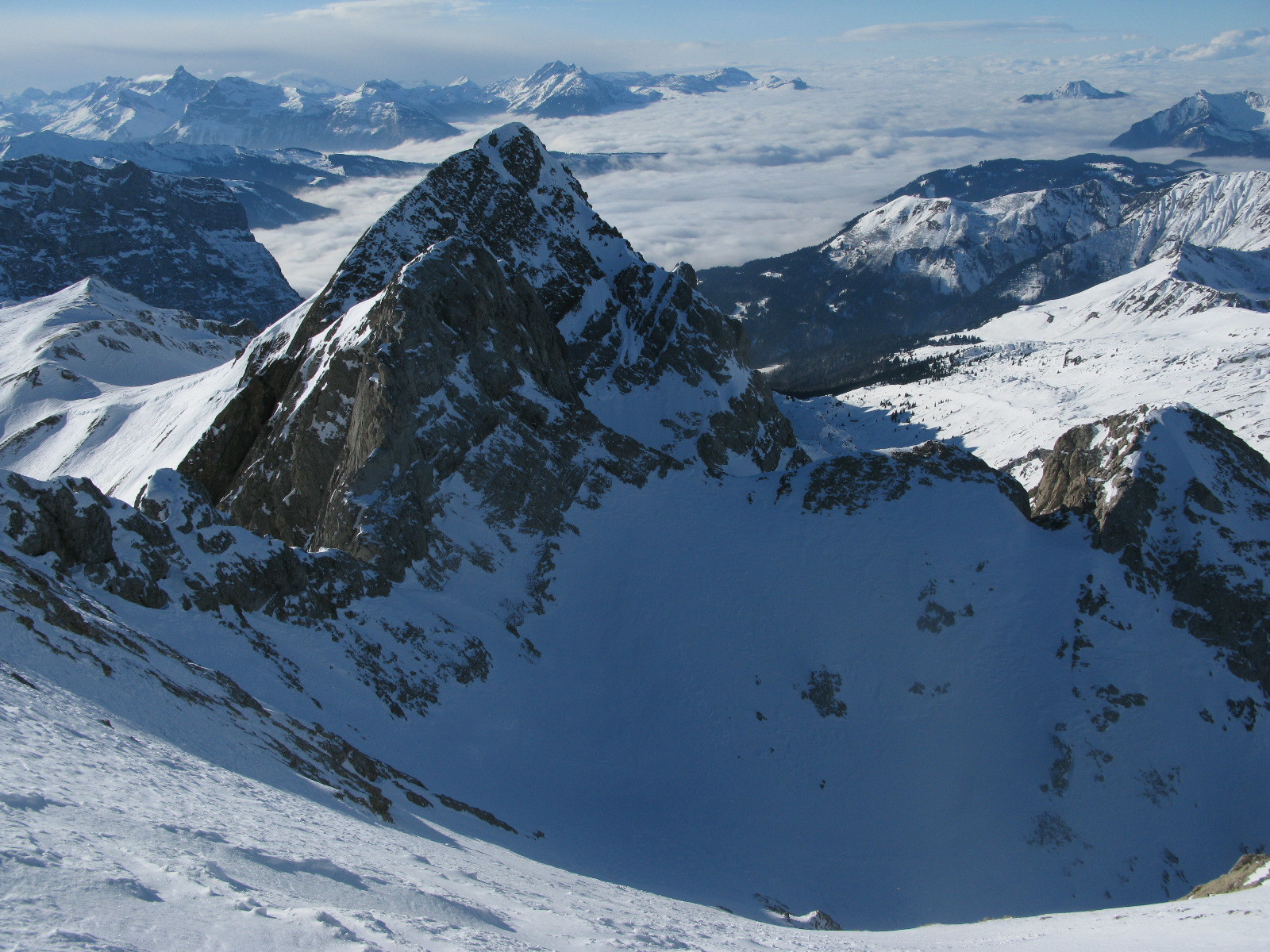 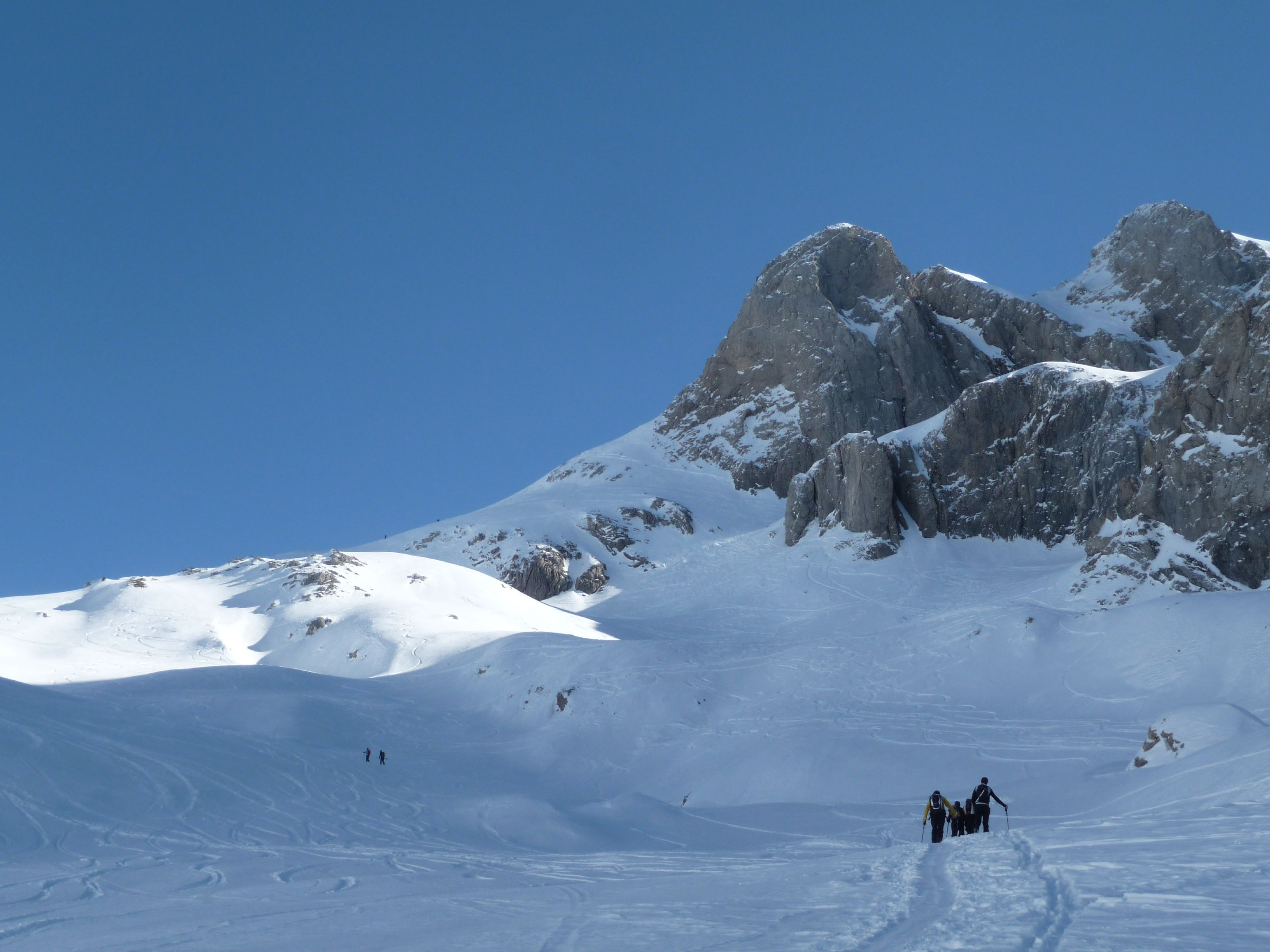 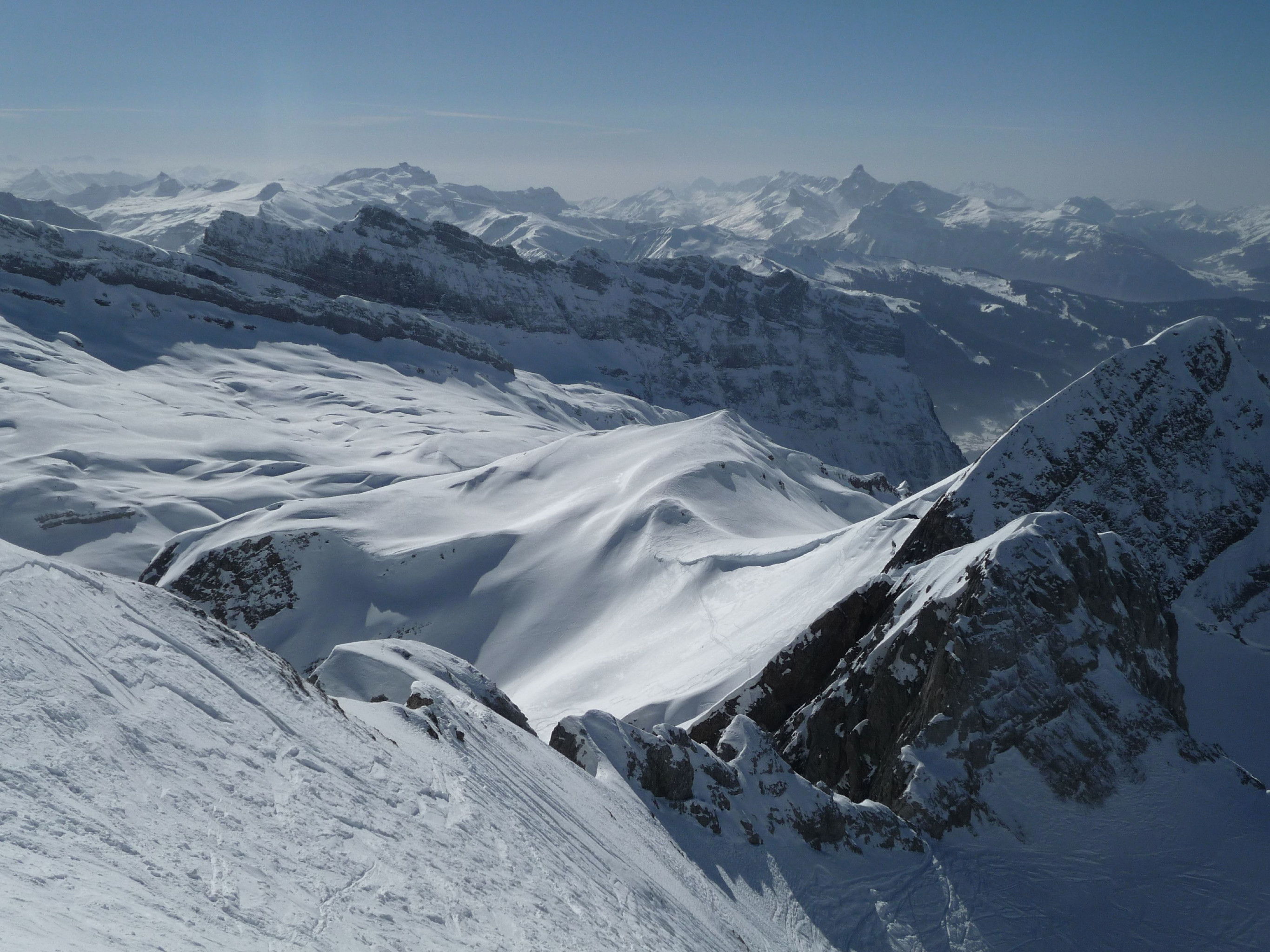 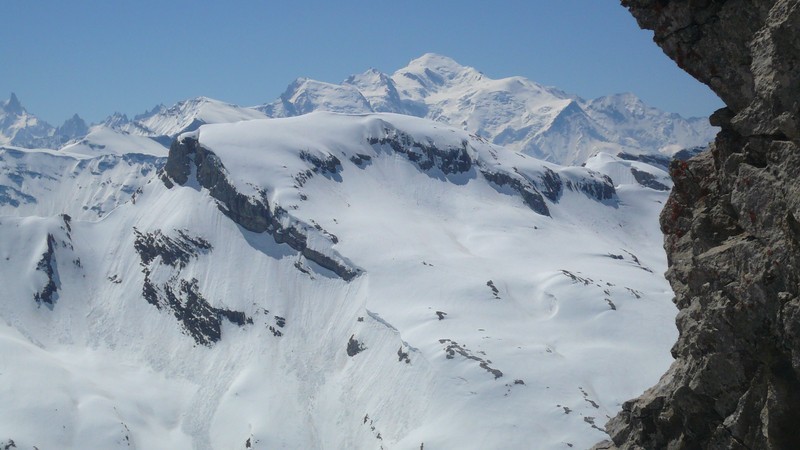 From the bridge Pied du Crêt (889m), follow the road until the parking lot above the hamlet of Allamands (1096m). Then take a road to the right in the forest which climbs NE to the Bossetan chalets (~1600m). Go to Tornay refuge (1763m) and continue in the Bossetan scoop to reach the Bossetan pass (2290m) or, more directly, the foot of the N ridge of Pointe de la Golette.

Pass a rock band and traverse towards the E on the Swiss side to reach the higher scoop giving accesses via broad slopes N to the final corridor (S4 over 150m) which faces to the W. Go up the corridor or the SW ridge bordering it and emerge at the summit of Dents Blanches Occidentales (2709m).

By the same route.

From Allamands, one follow the road until the Golèse refuge (1671m) and reach Bossetan pass either passing via the Tornay refuge, or by following the normal route of Tête de Bossetan (2406m) via the slopes of Avouille. In the latter case, be careful traversing of the last S slopes under the Tête des Verdets (small rock barriers).