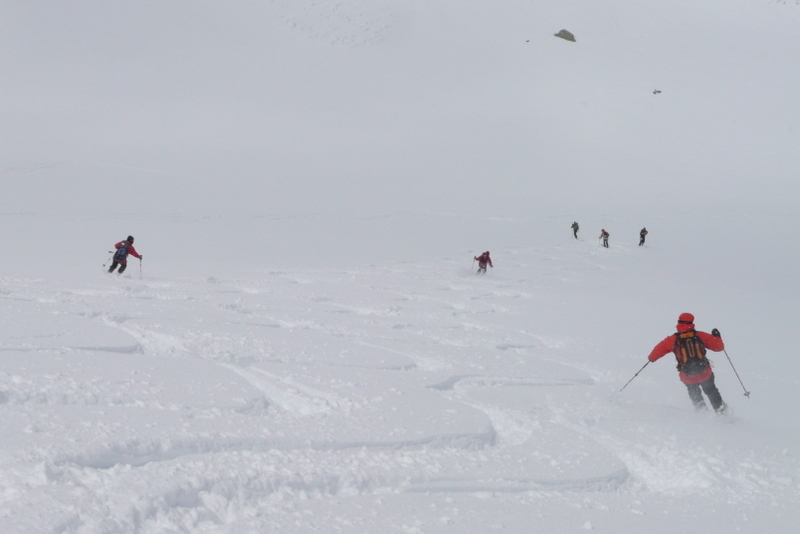 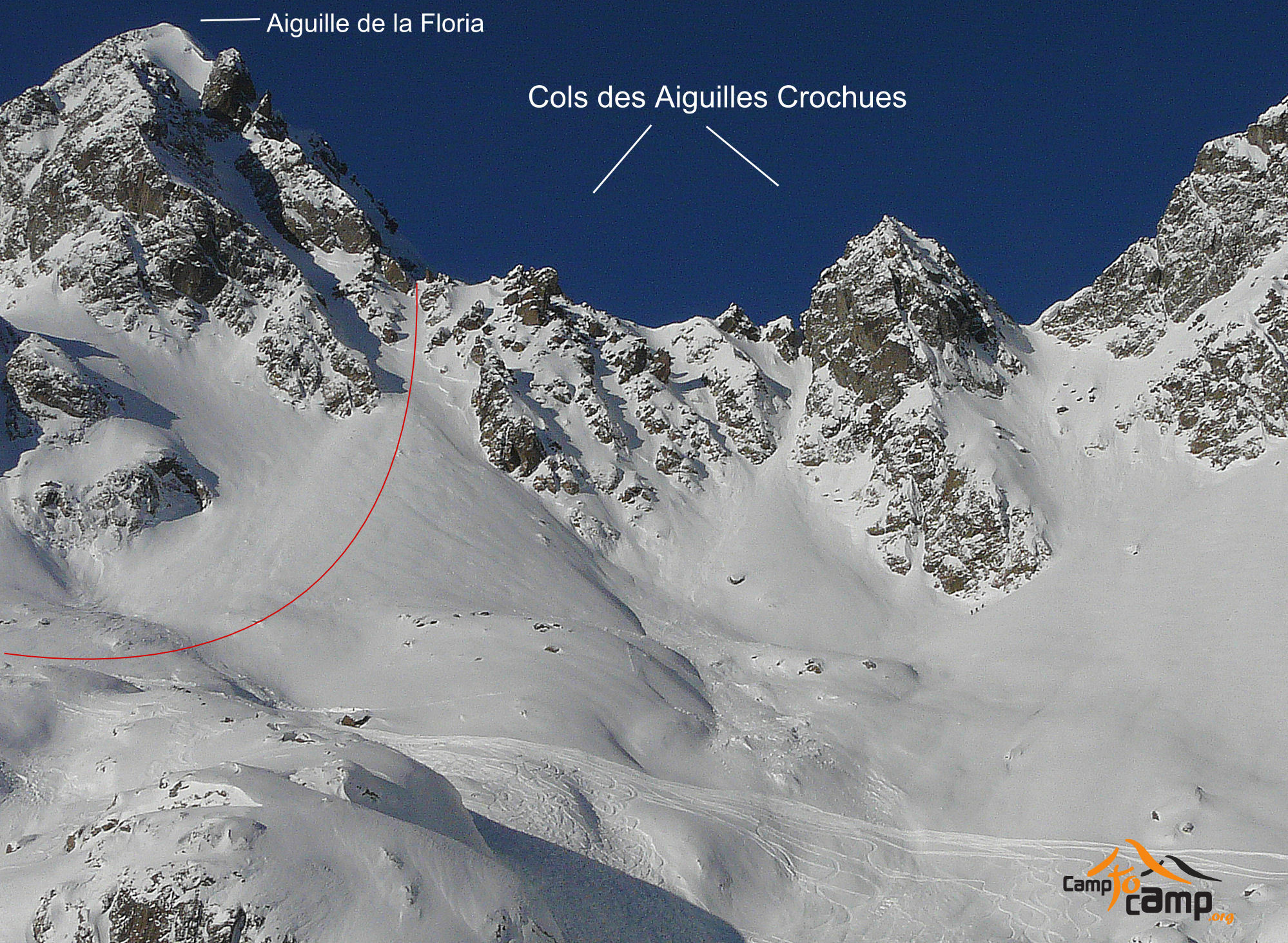 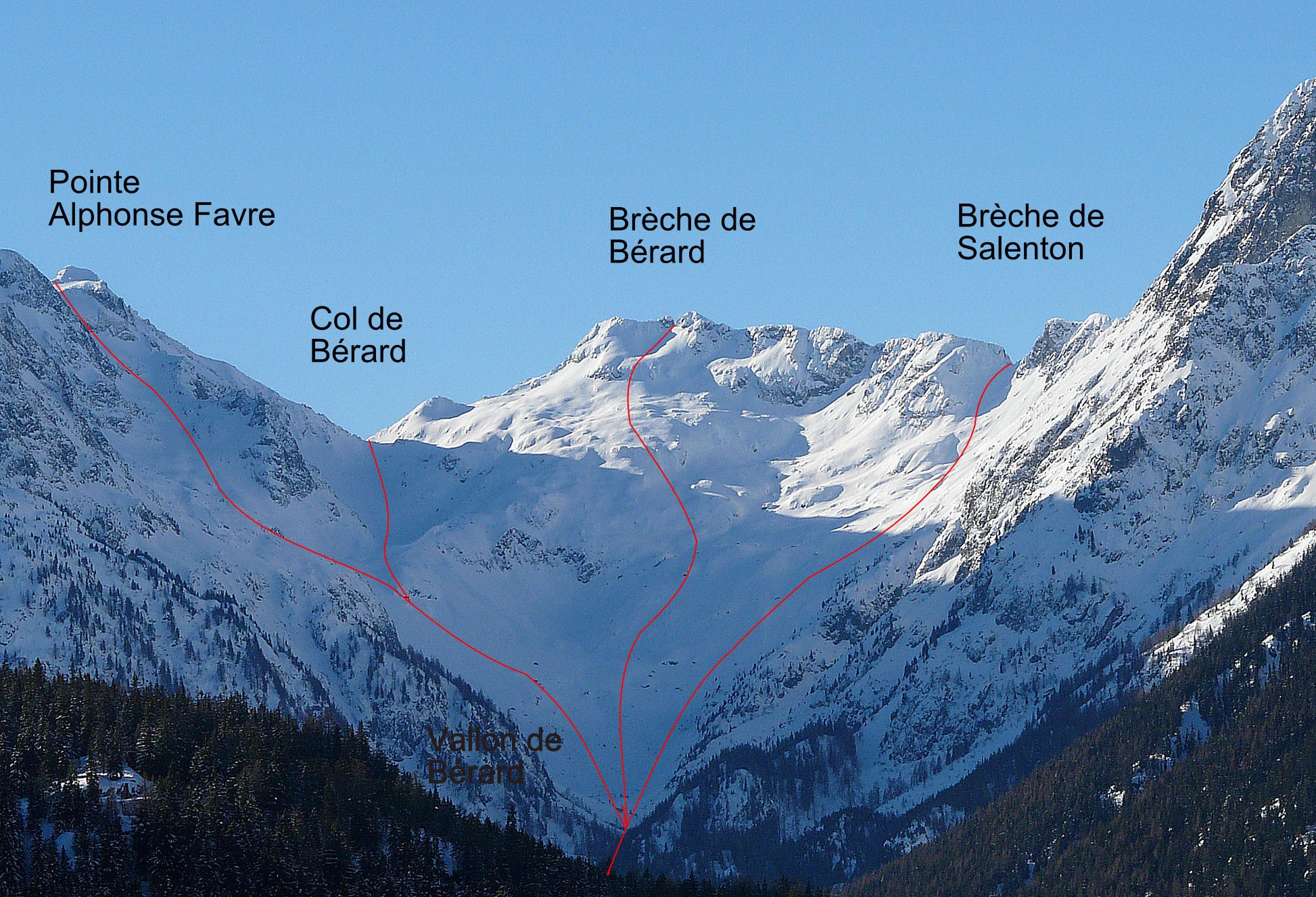 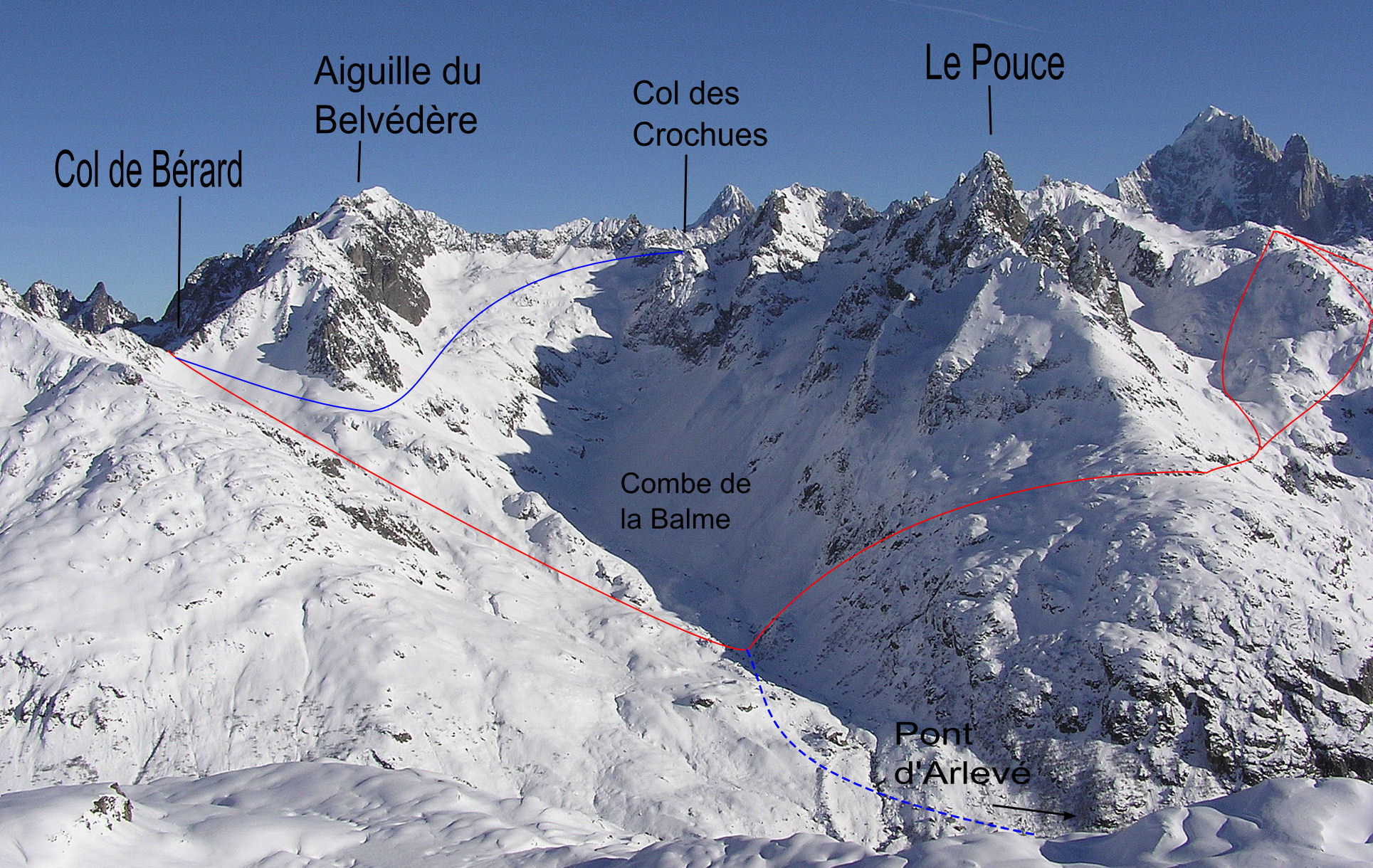 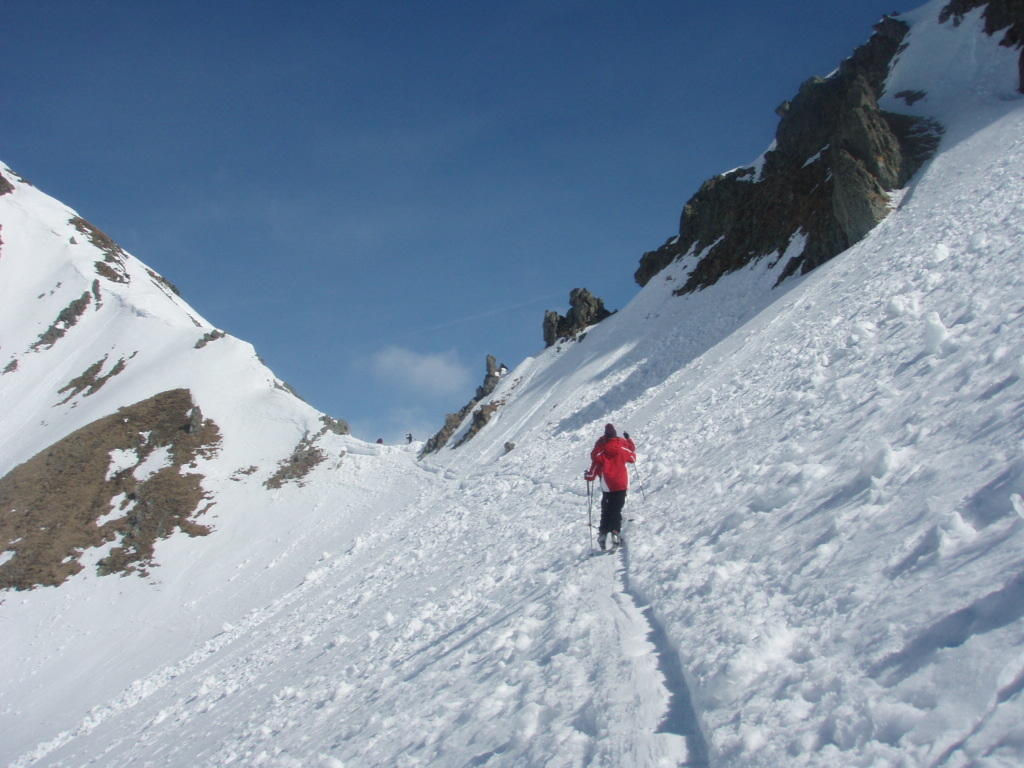 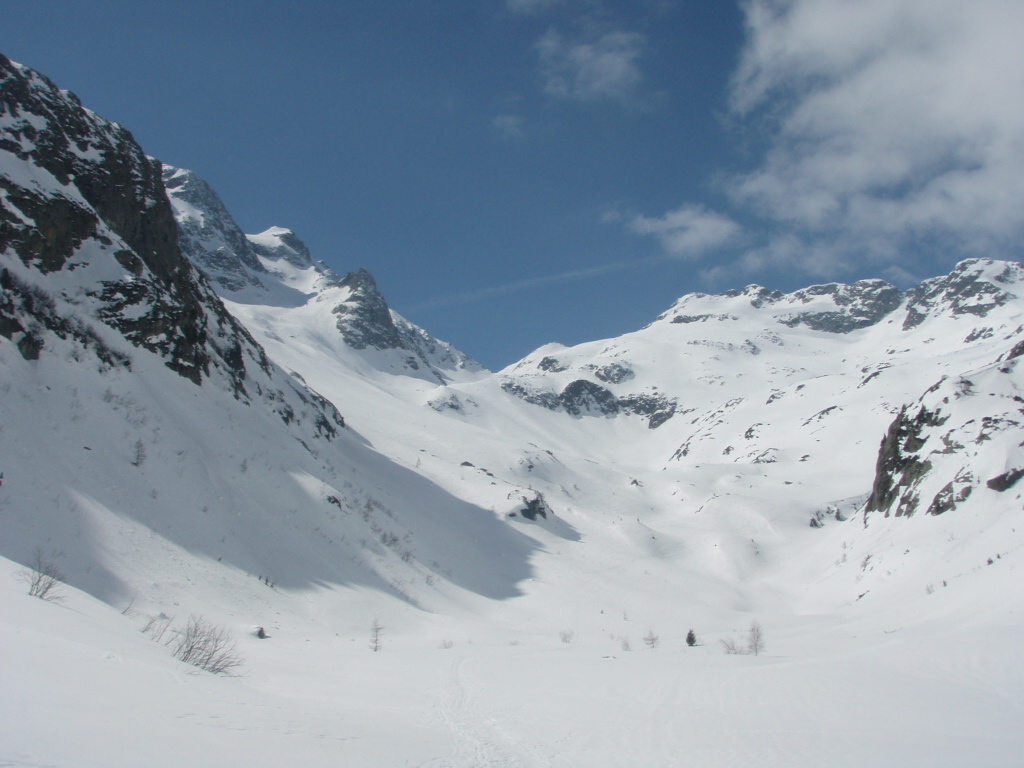 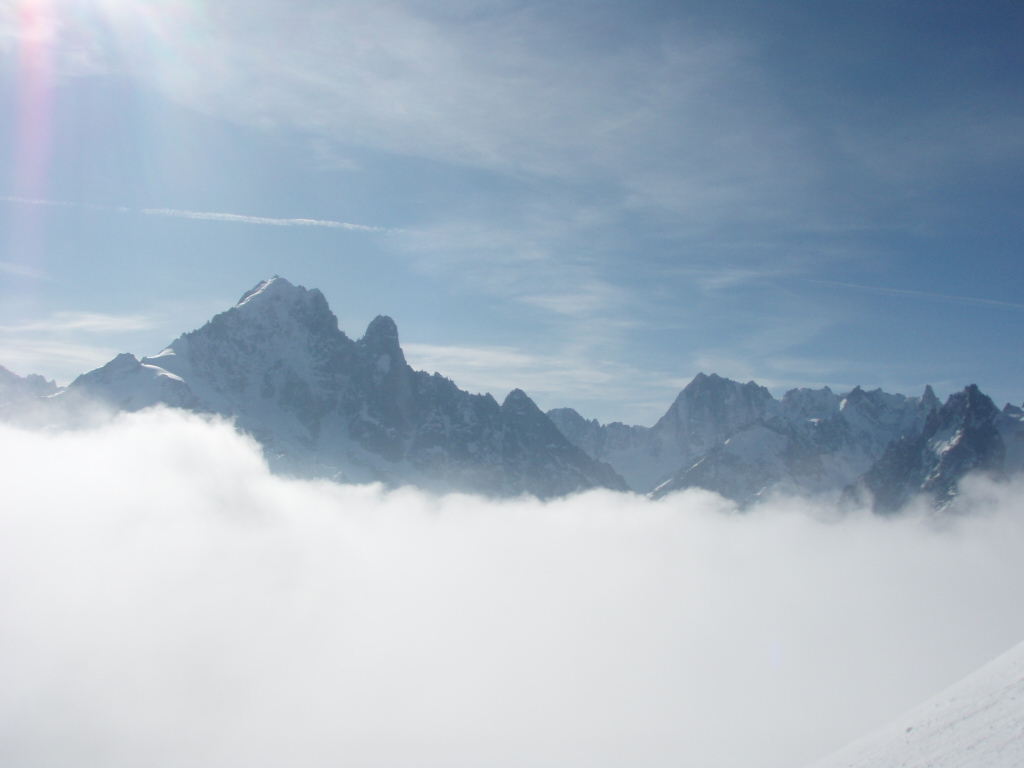 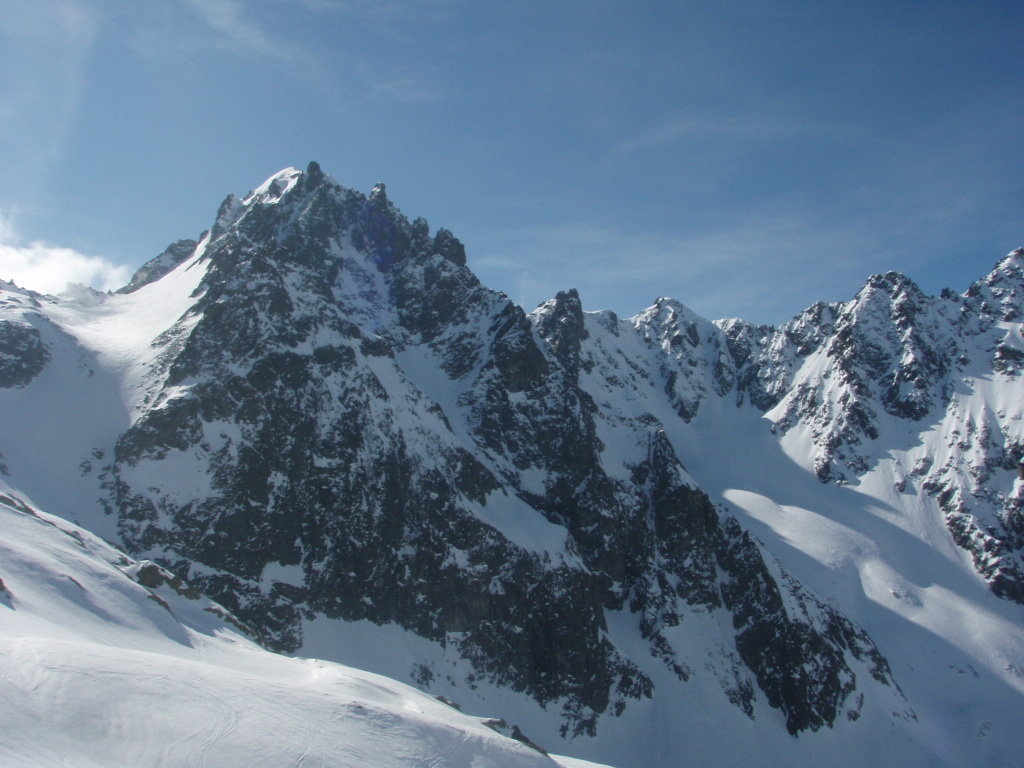 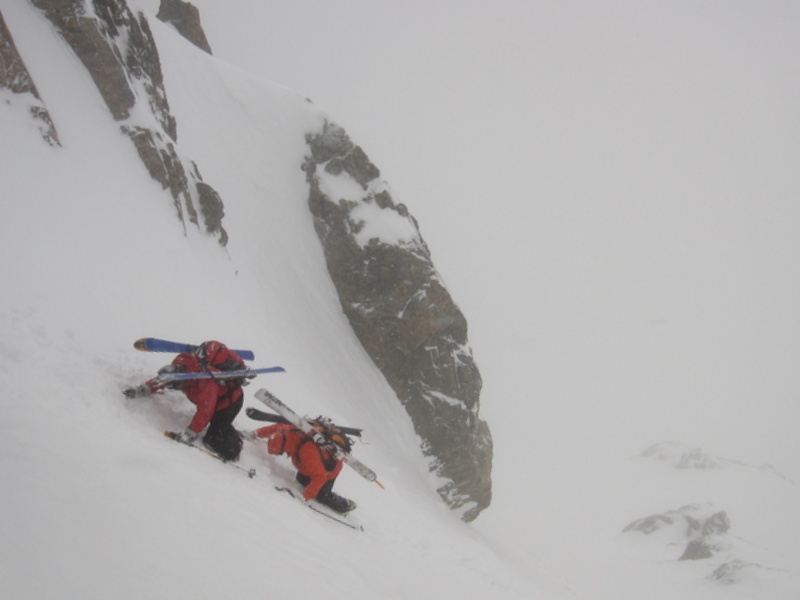 Either from the top of the Index chairlift, or it is also possible to take the Floria ski tow as well. In each case make your way N up towards the Cols des Aiguilles Crochues (2700m environ). The last part up to the col is generally done on foot, as it is a steep, narrow slope, (about 35 to 40° for the last few metres.)

From the col descend to the N, firstly skiing down the slope and then contouring the side of the mountain. Go along by the rocks under Pointe Favre to arrive at a bit of a shoulder at around 2300m. Put the skins back on and climb gradually up to the Col de Bérard.(2460m).

From the Col de Bérard descend the wide slopes of the Combe de Bérard. On arriving at the level of the forest, go along the Berard river by keeping to the true right bank. At the Buvette de Cascade go down on the right to the Poya ski area and so to the train station at Buet.