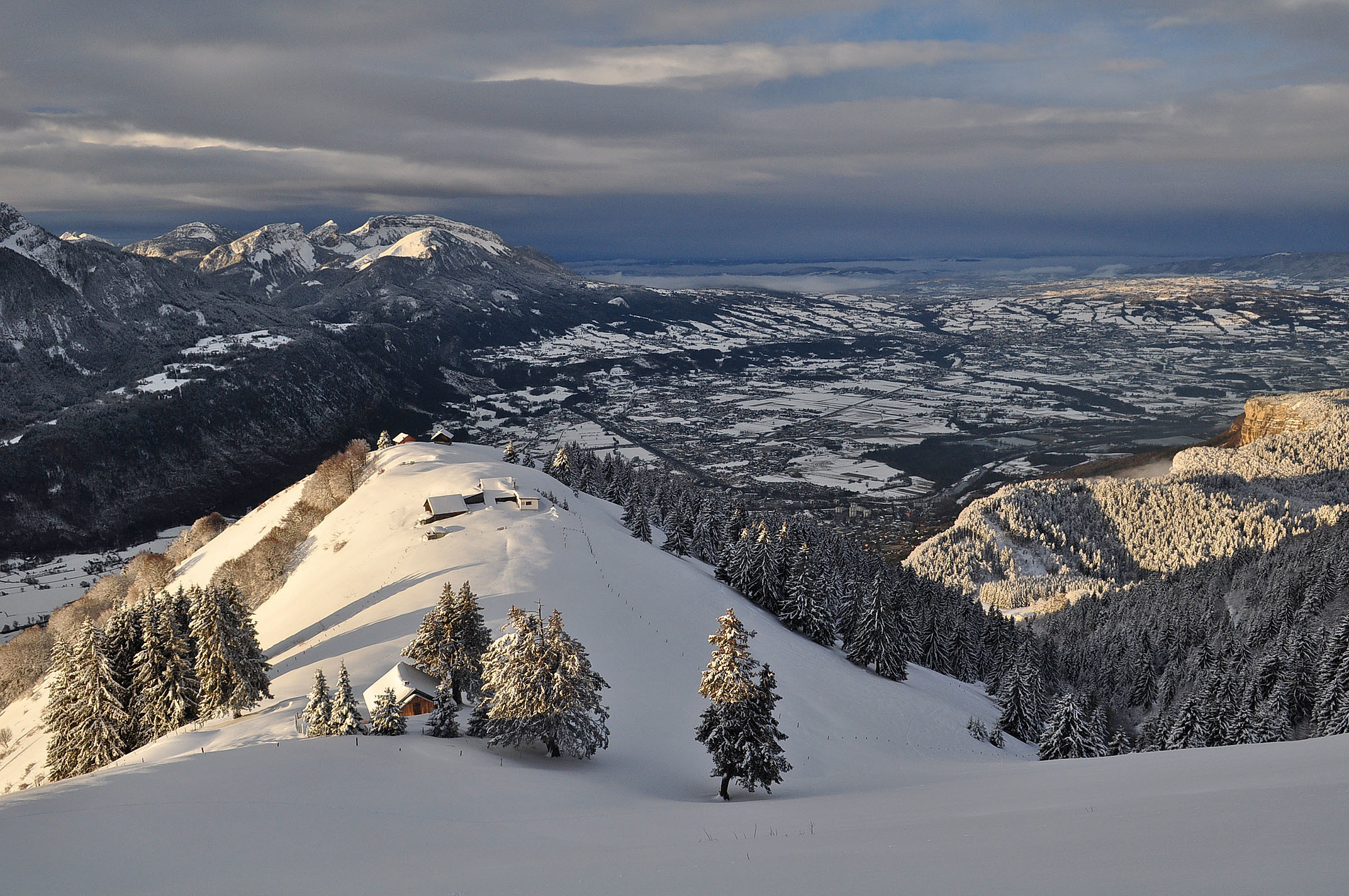 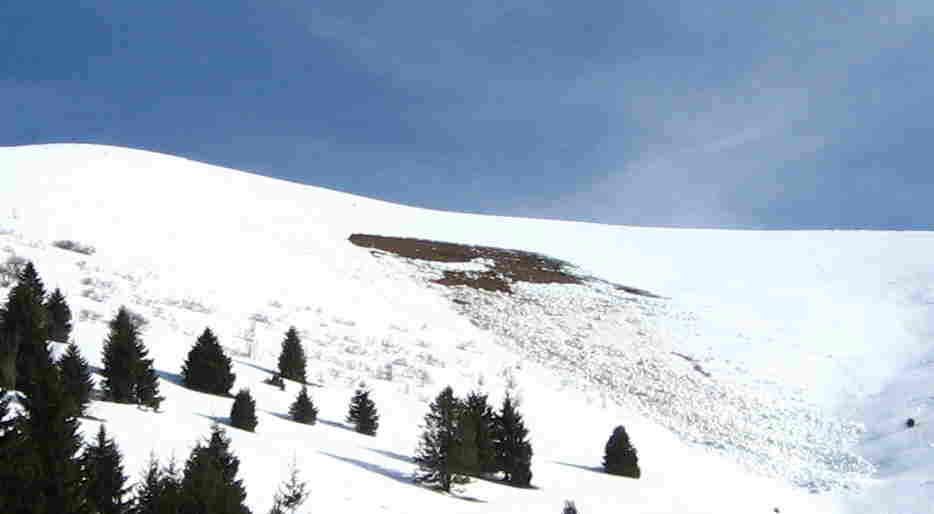 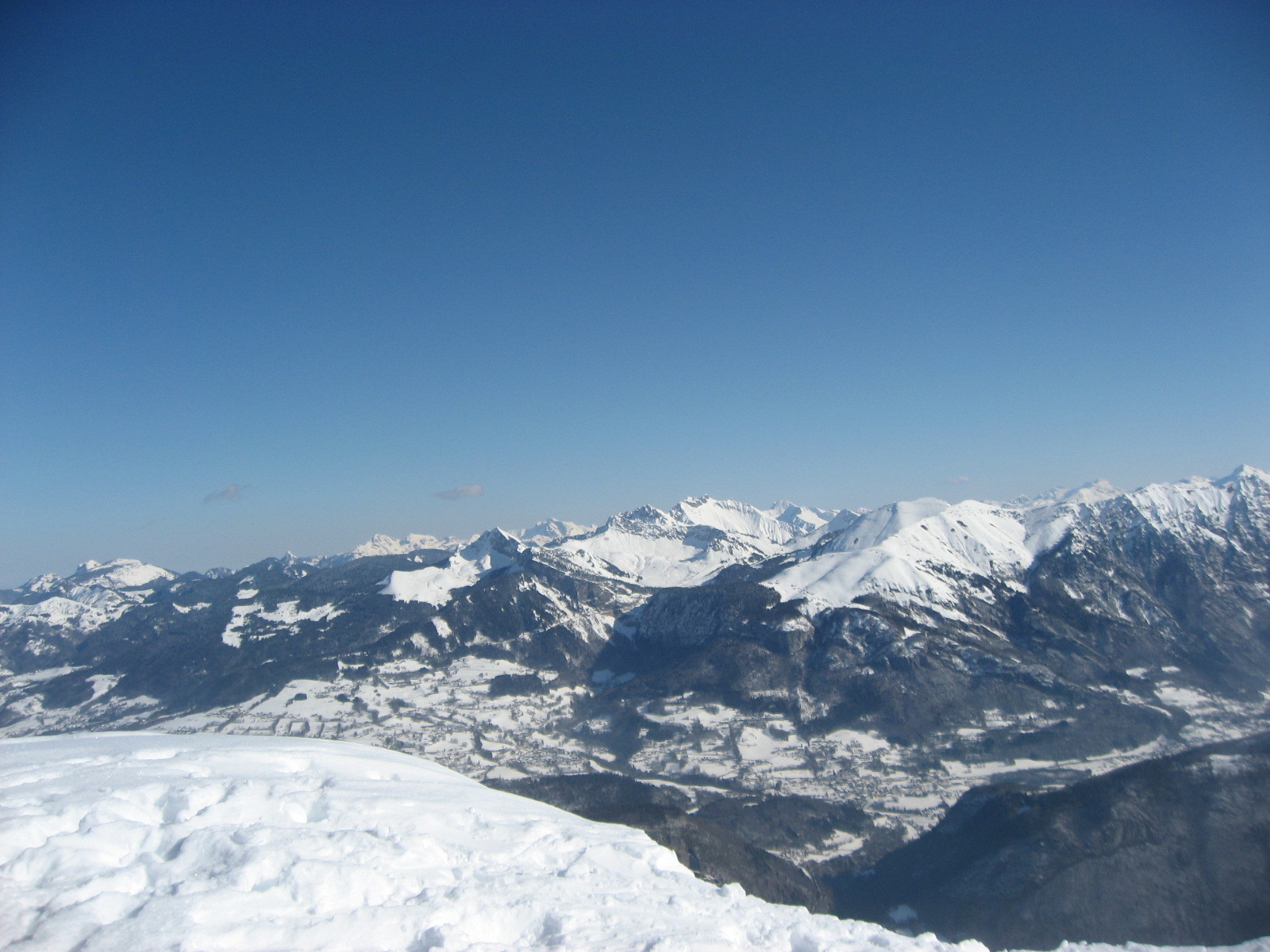 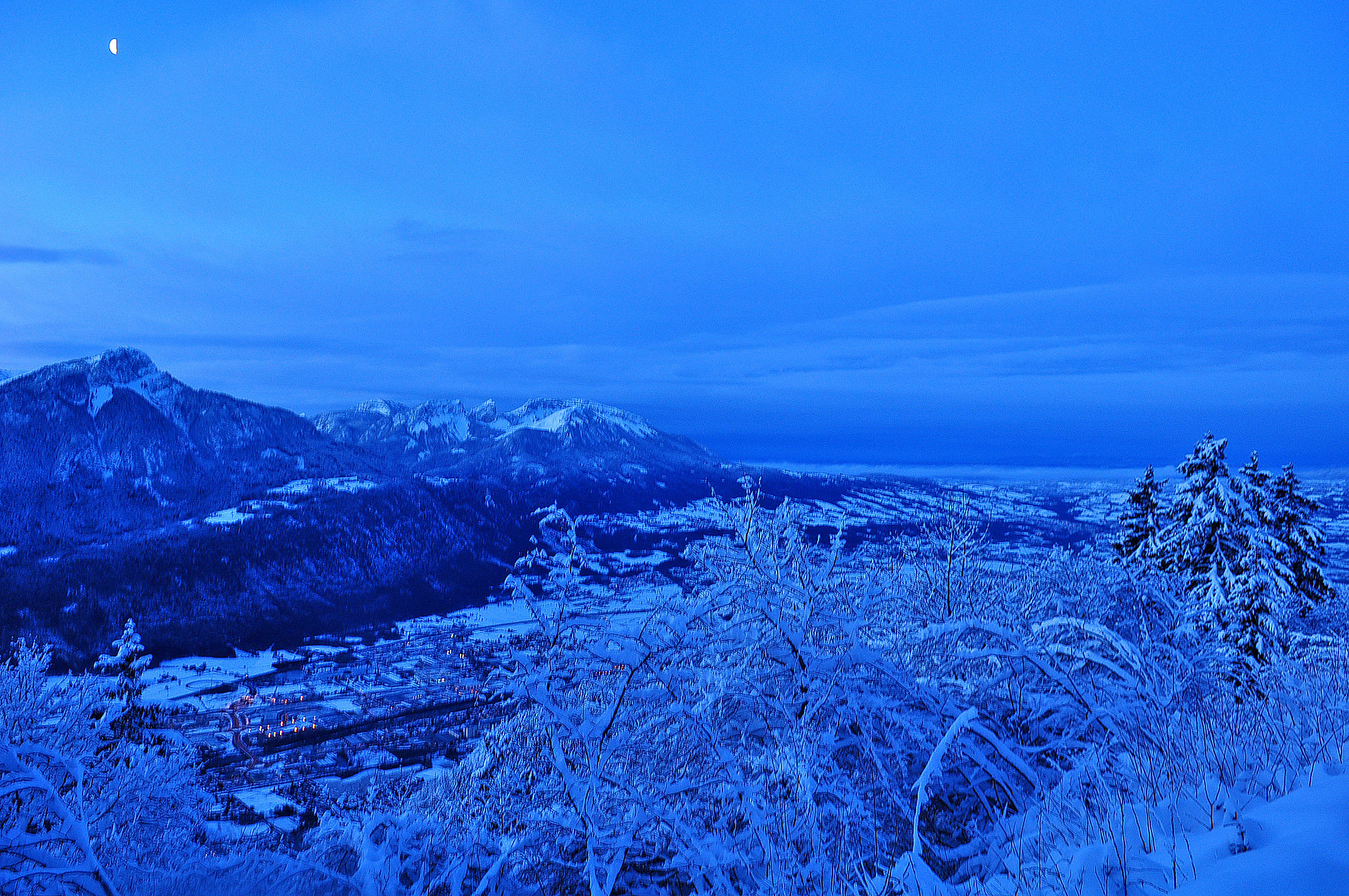 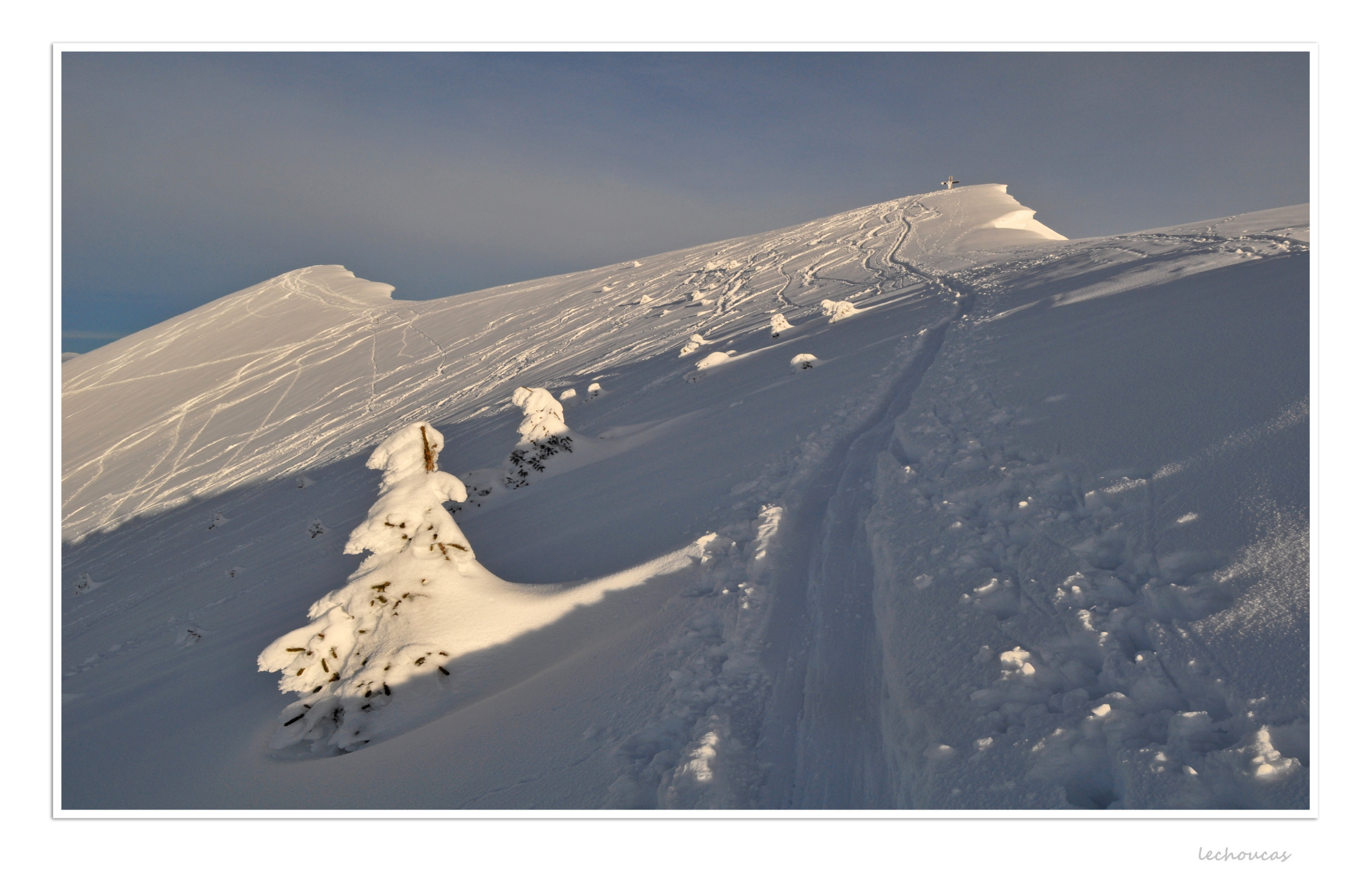 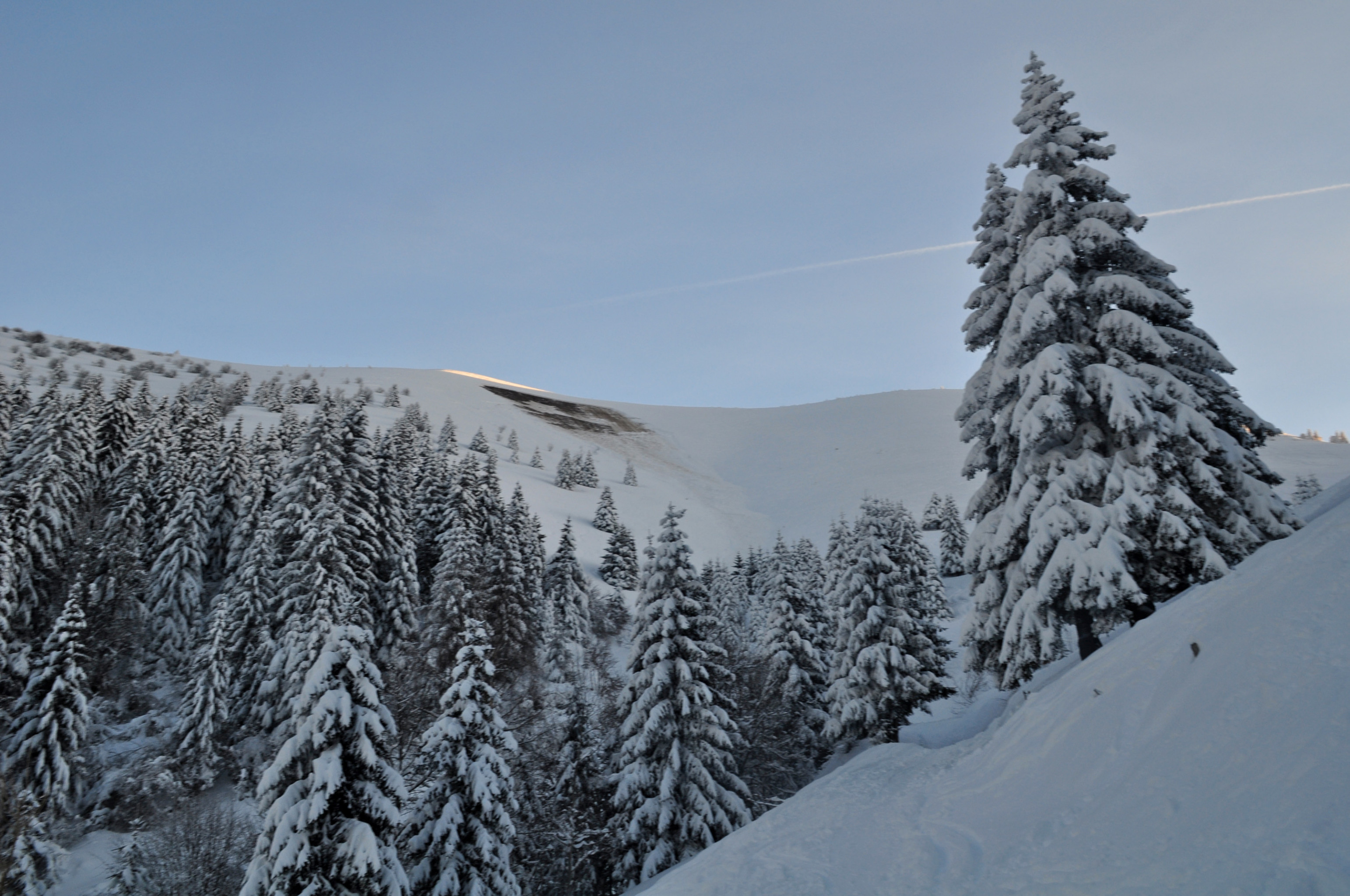 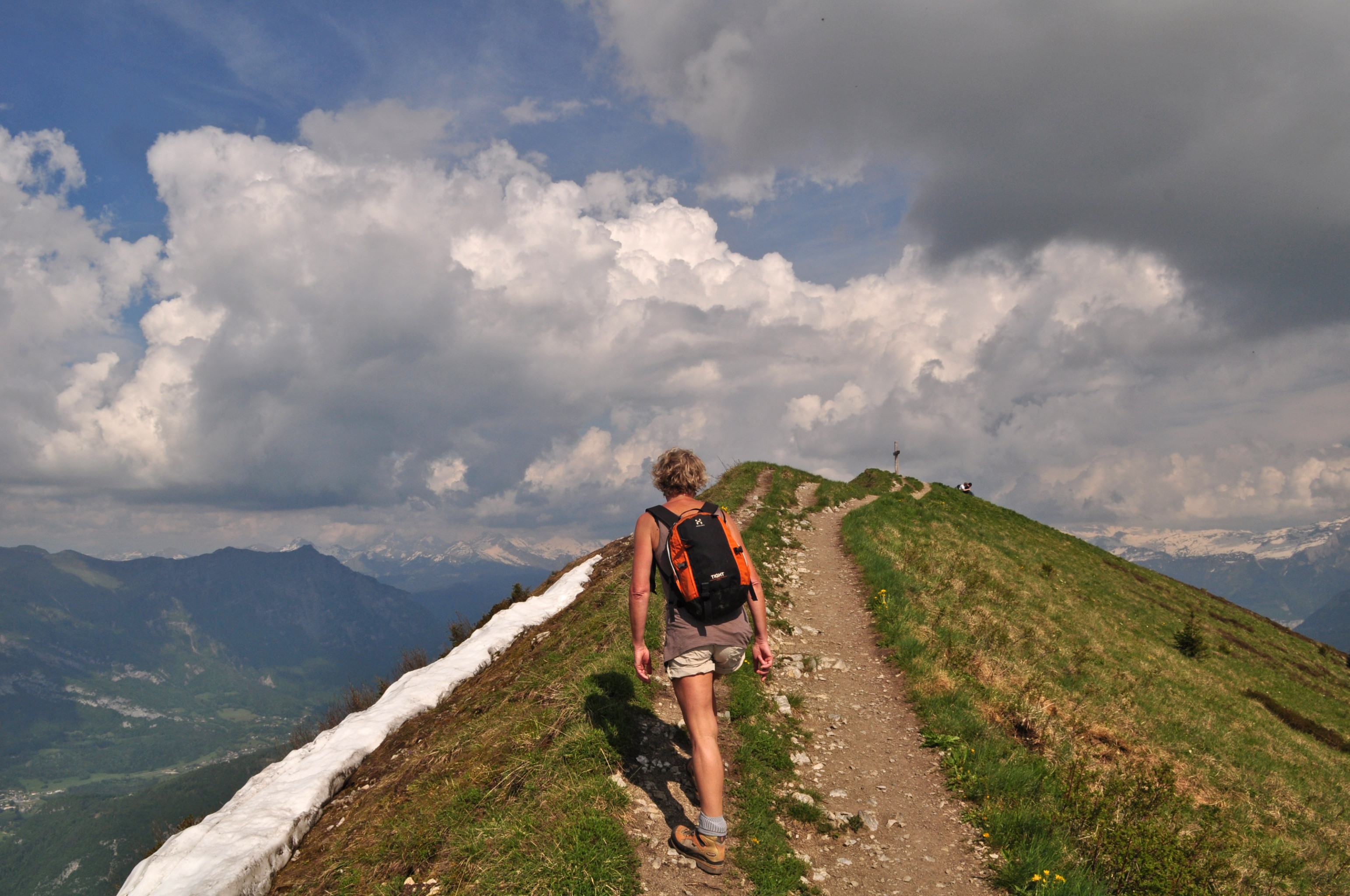 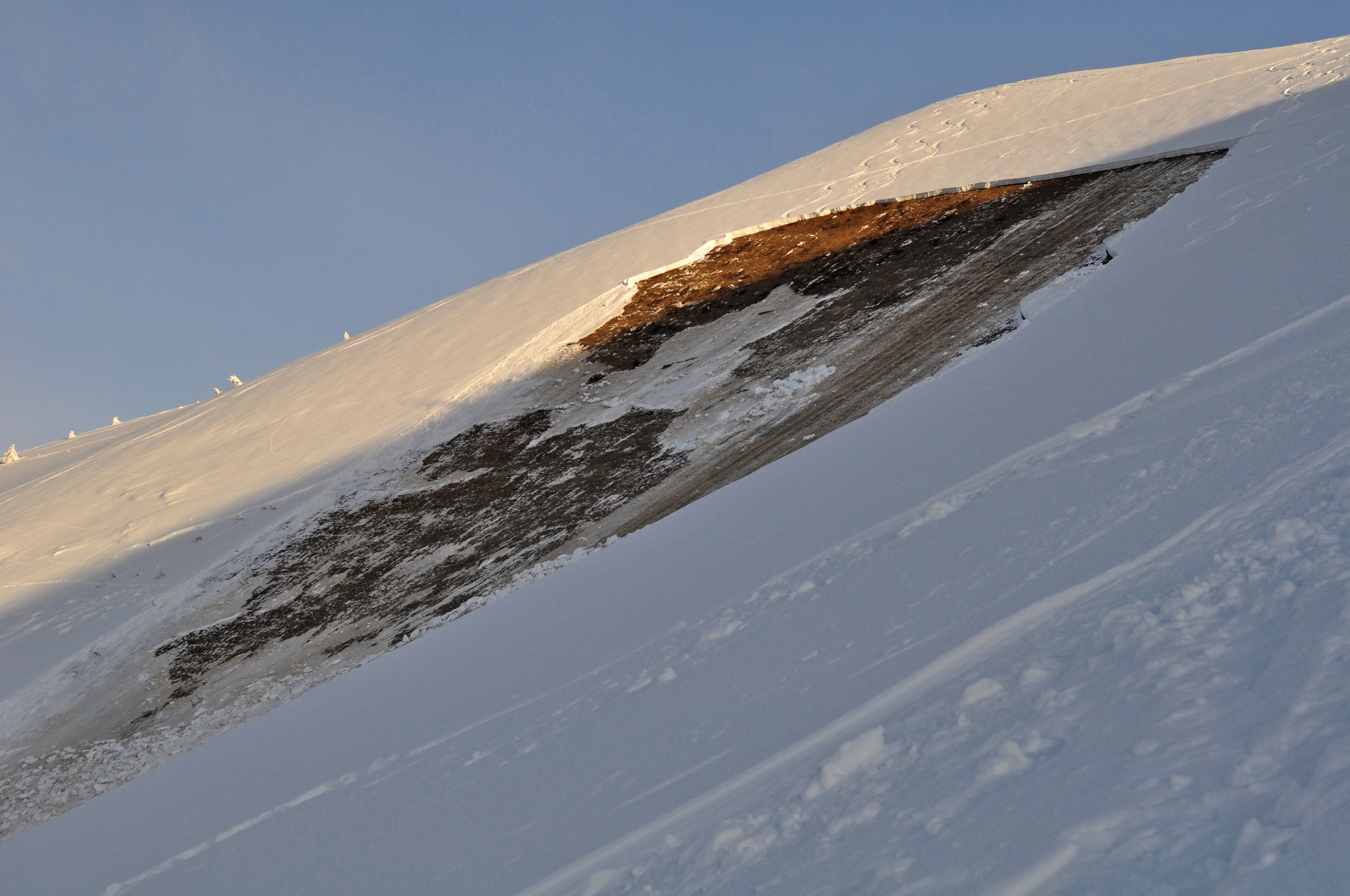 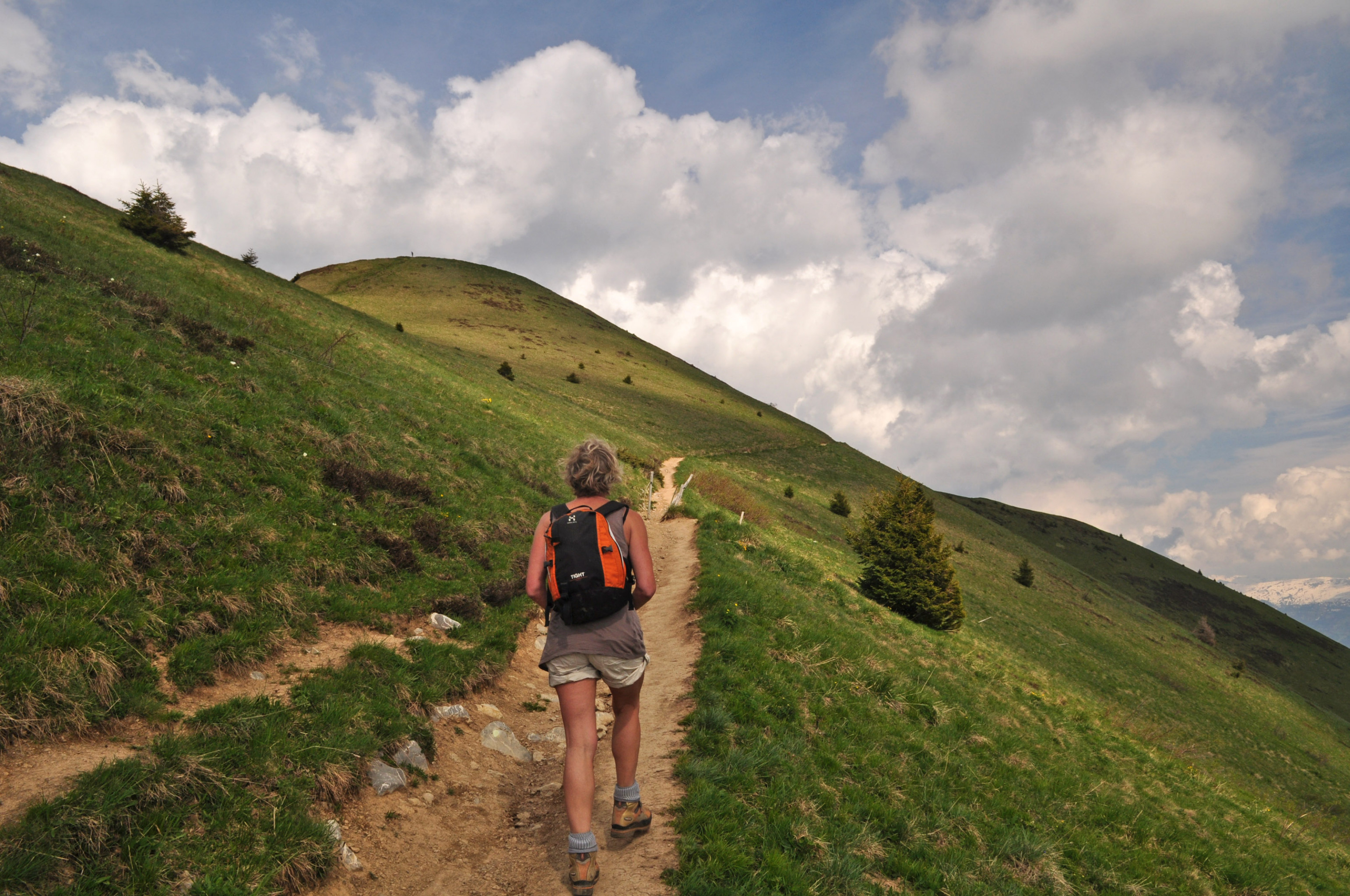 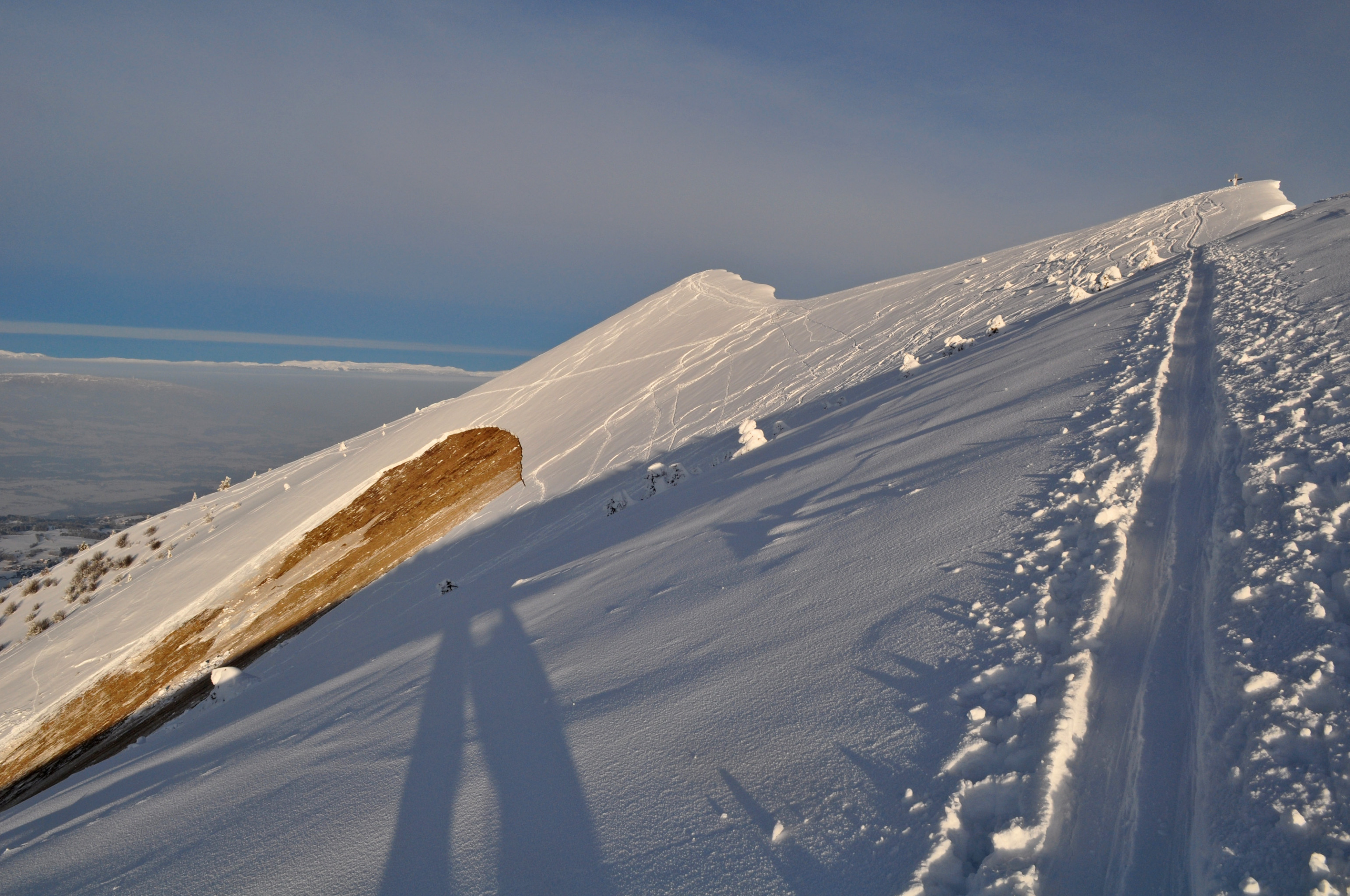 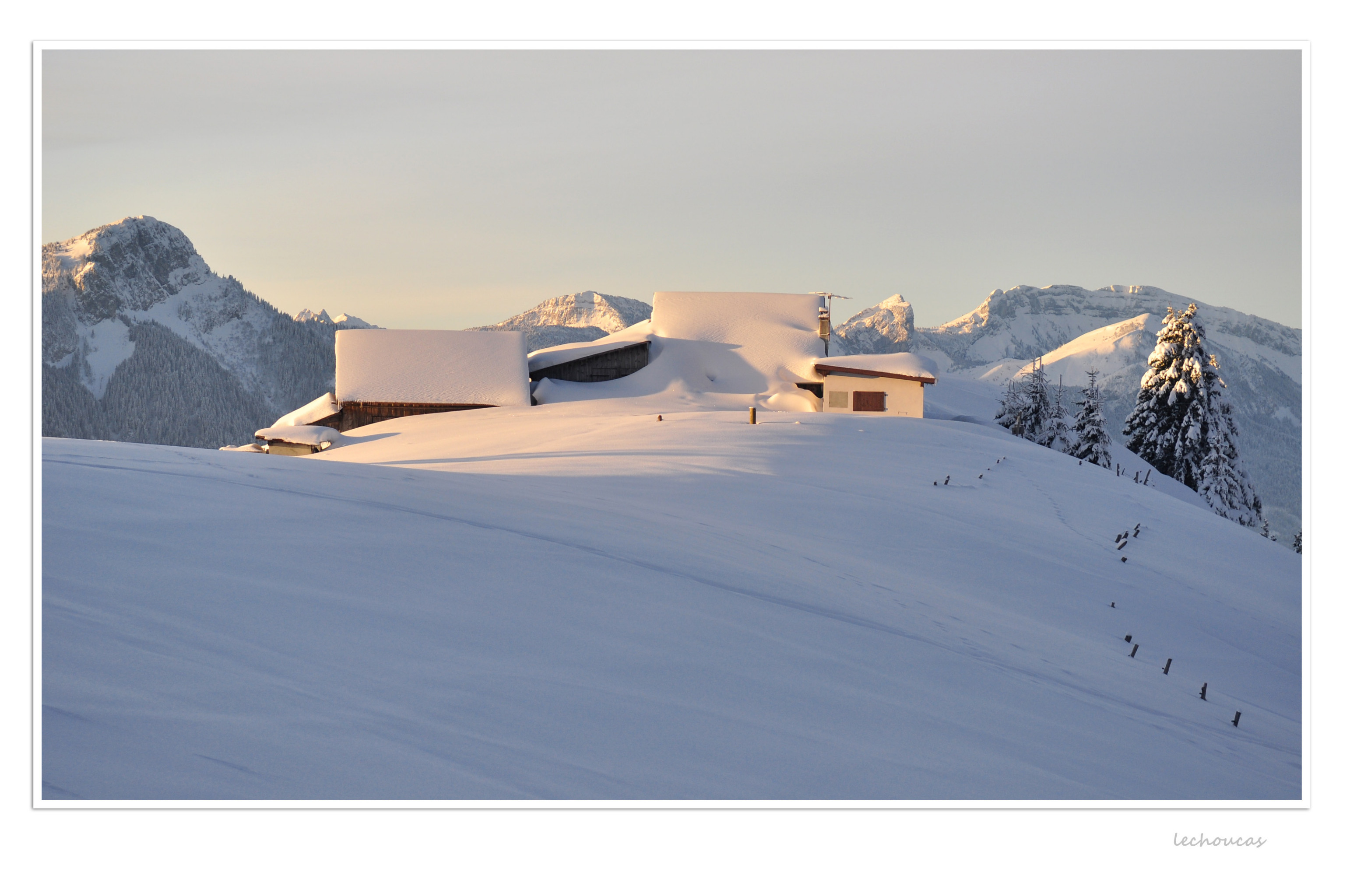 From Béroud (1160m -parking lot), take the forest road moving N before returning to the S then to the E, in a balcony above the valley of the Arve. Via some bends, you reach the Petit Môle and the La Lardère chalets (1534m). Pass a small depression and start the broad summit slopes of the Môle either via the left to the W (summer route), or by the croup on the right to the E which leads to the cross of the summit 1861m. To reach the principal summit (1863m), to traverse towards the E over 250m.

Descent by the same route. Be careful certain areas under the Petit Môle are in the process of reforestation, it is therefore necessary not to cross them on skis.

Route with rather low HD and rather effective course. Ideal when you do not have much time. Very classic route and thus very popular.

Follow a forest road until Petit Môle: S1 (be careful of descending skiers on crowded days). Then S2 to S3 on the final slightly steeper slope (30°/400m according to Labande).

The most interesting open slopes to ski face S to SW.